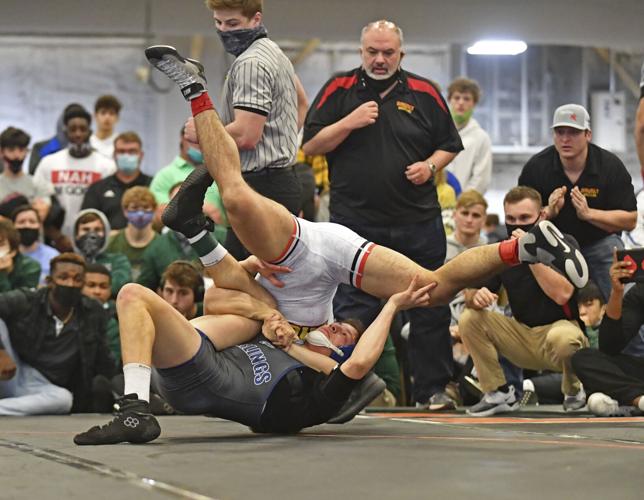 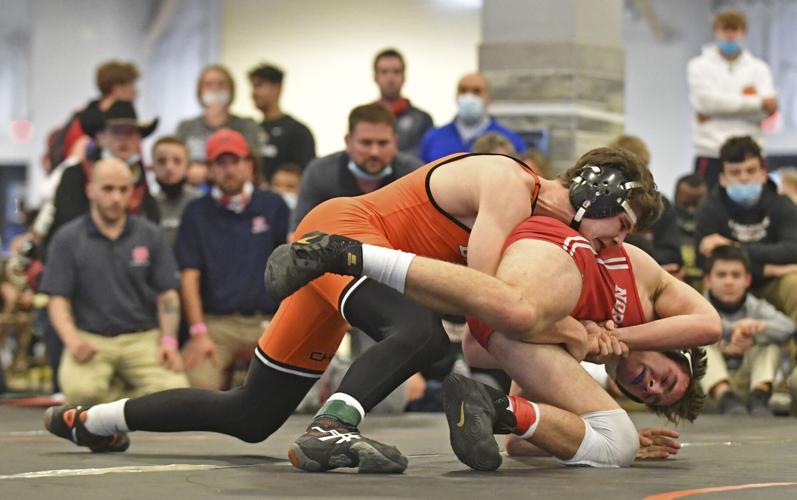 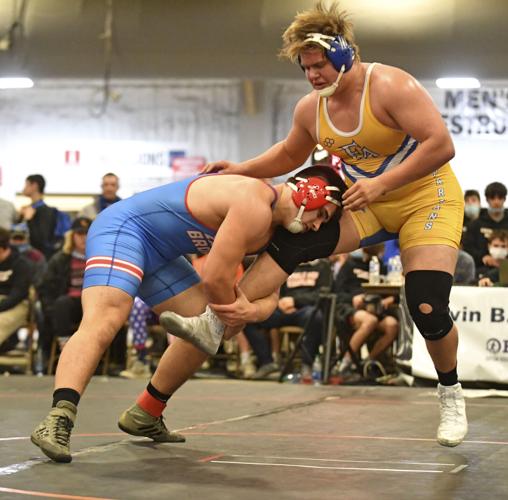 It was Brusly senior Andrew Trahan’s last chance to make a mark at the Louisiana Classic Wrestling meet and the odds weren’t good as the No. 3 seed.

Taking on the No. 1 seed Joshua Vincent of Teurlings Catholic in the final Saturday, Trahan went all out, building a big lead and then scoring a third-period pin to win the title in the 152-pound weight class.

“I’m a senior, I want to have my best year so this was a great outcome,” said Trahan, who improved his record to 21-3. “I wanted to come out and dominate and show what I’ve worked for all year. I’ve never placed in this tournament. I’ve got two state titles and a Ken Cole title. This was one of the greatest.”

Brother Martin won the team title with 214½ points despite not winning any individual titles. St. Paul’s was second with 199 and Holy Cross third with 197.

Frost’s twin brother, Evan, beat St. Amant’s Jace Chenevert, in another technical fall 17-2 in the 132-pound class, and Charles Sauerwin won a 7-3 decision against No. 2-seed Ethan Castex of Brother Martin. All three were No. 1 seeds.

Trahan avoided No. 2 seed Josiah Wakefield of East Ascension, who was upset by No. 7 seed Gavin Gauthreaux of Belle Chasse. Trahan pinned Gauthreaux in 52 seconds in the semifinals before meeting Vincent, who he had never wrestled.

“It’s weird, I’d never even seen him before,” Trahan said. “I came here as third seed and felt great. I knew some of these kids from previous years. I know I’ve improved 10-fold over last year, so I thought I had a good shot. I came in with a good mindset.

“Confidence is important. They say wrestling is 80 percent mental and 20 percent physical. That was my toughest match of the tournament.”

“I had never wrestled him before, hadn’t seen him,” said Kelly, a senior who improved his record to 28-1. “He pinned everyone else so I knew if I stayed off my back I could beat him. That was my mentality going in. I was gung-ho the whole time, in the zone. At the end, coach said grab the leg and hold on. I did what I needed to do.”

Freeman, the No. 1 seed, was wrestling up in class from 220 and went through an exhausting match with Soniat. The two were tied 3-3 in regulation. In the overtime period, neither initiated much action, but Freeman finally got Soniat on his back with seven seconds left .

“It was just waiting out there and enduring; wrestle, wrestle, wrestle until an opportunity opens up,” said Freeman, who is 13-0 and is returning to the 220-pound class moving forward. “He had about 60 pounds on me.

“I wrestled him the week before and it was kind of the same, but he didn’t give me back points and I beat him by on a technical foul. I came in knowing he was good. Mainly my arms were getting tired from holding up 285 pounds. I’ve been feeling good.”