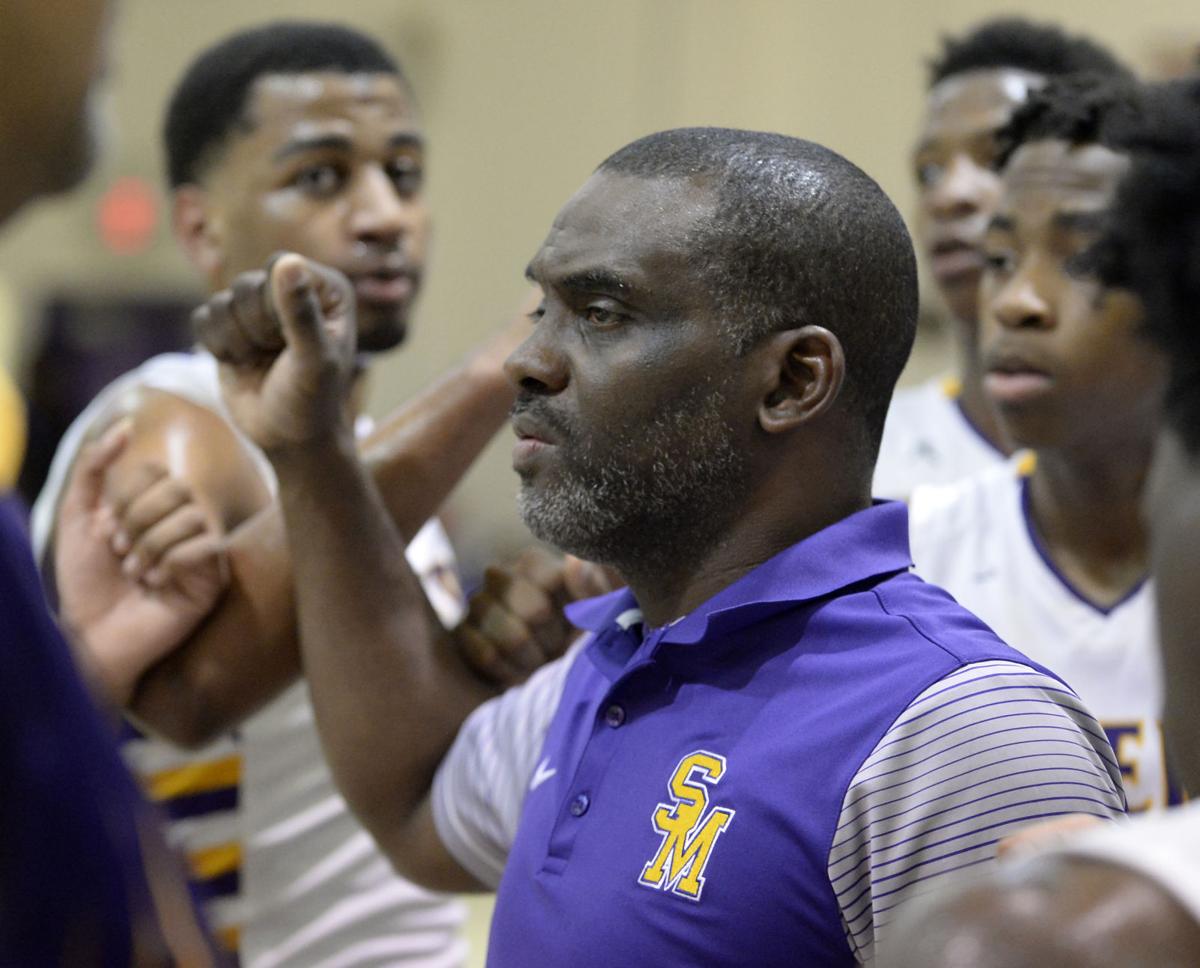 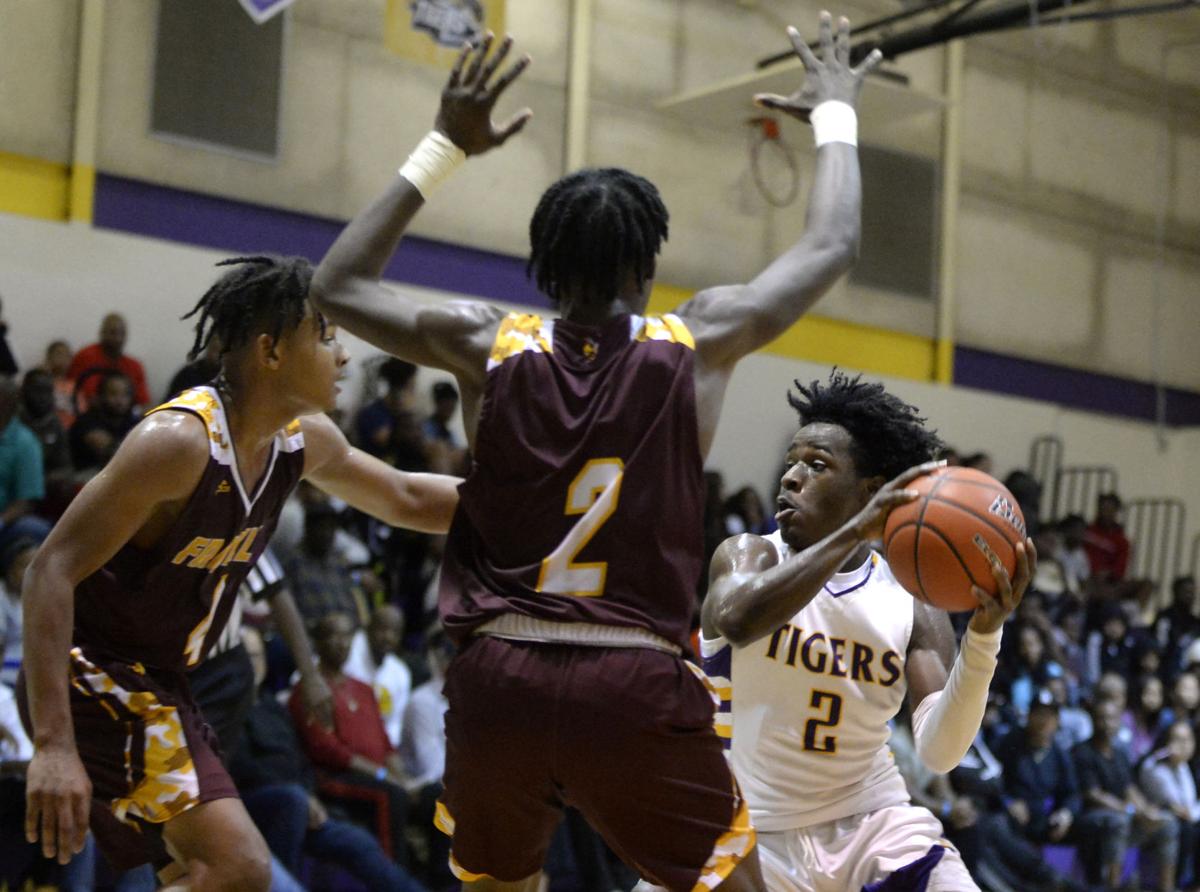 The Tigers' Jalen Mitchell (2) drives to the board as St. Martinville Senior High School basketball hosts Franklin on Thursday, Dec. 26, 2019, in St. Martinville. 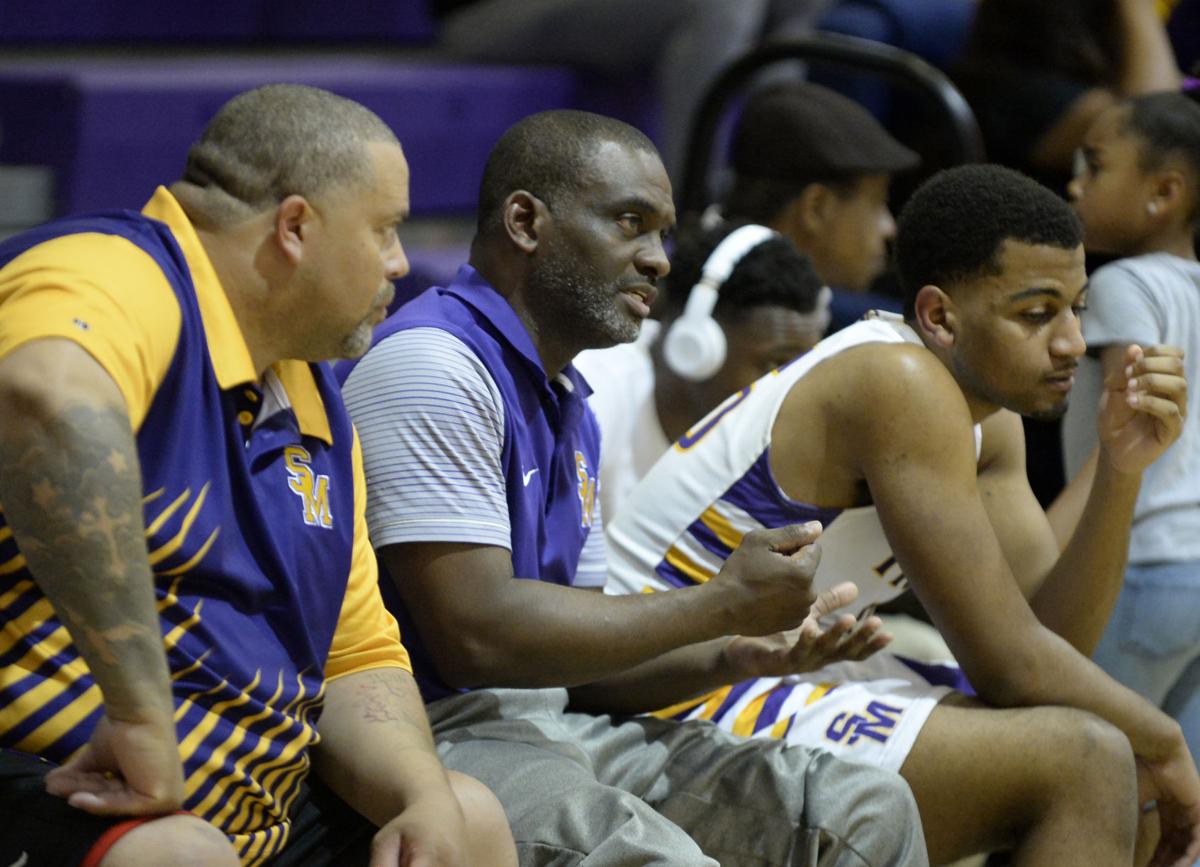 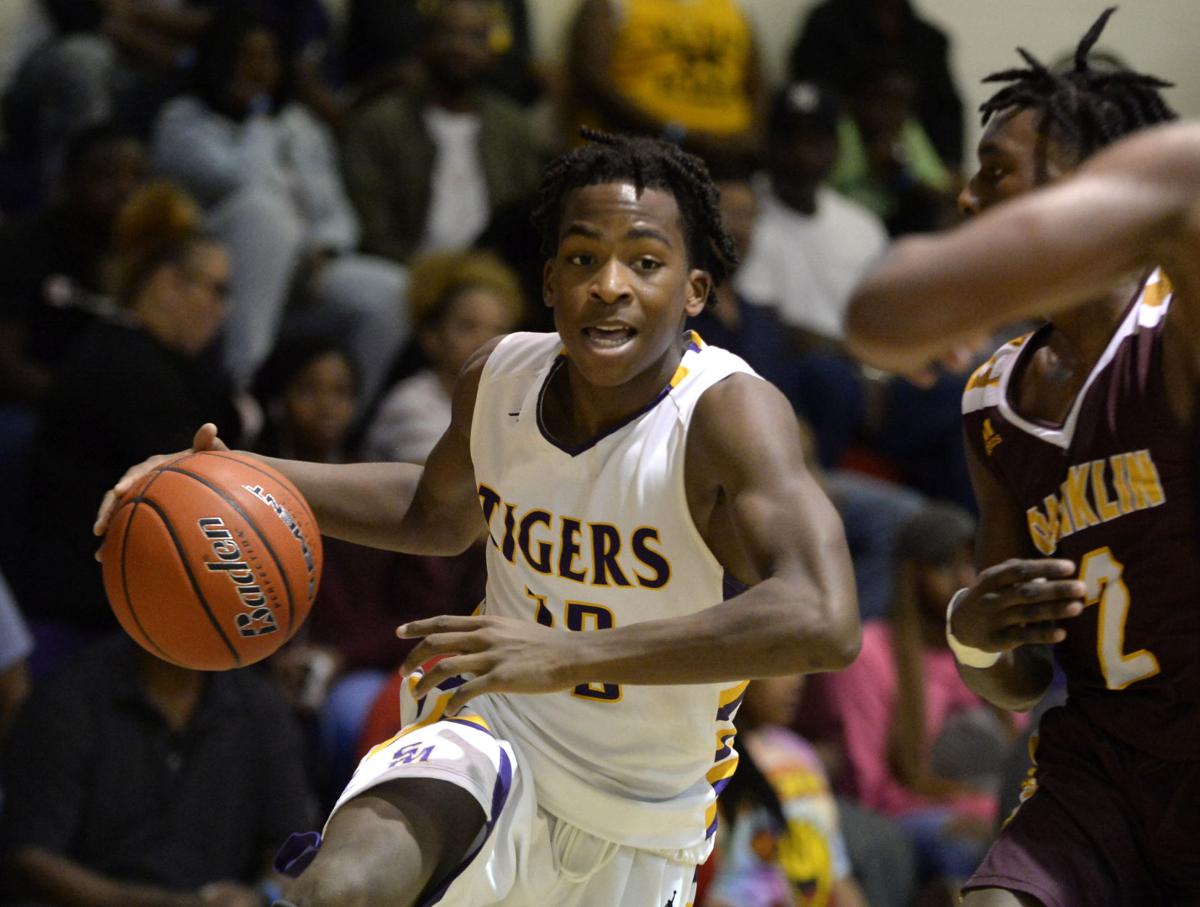 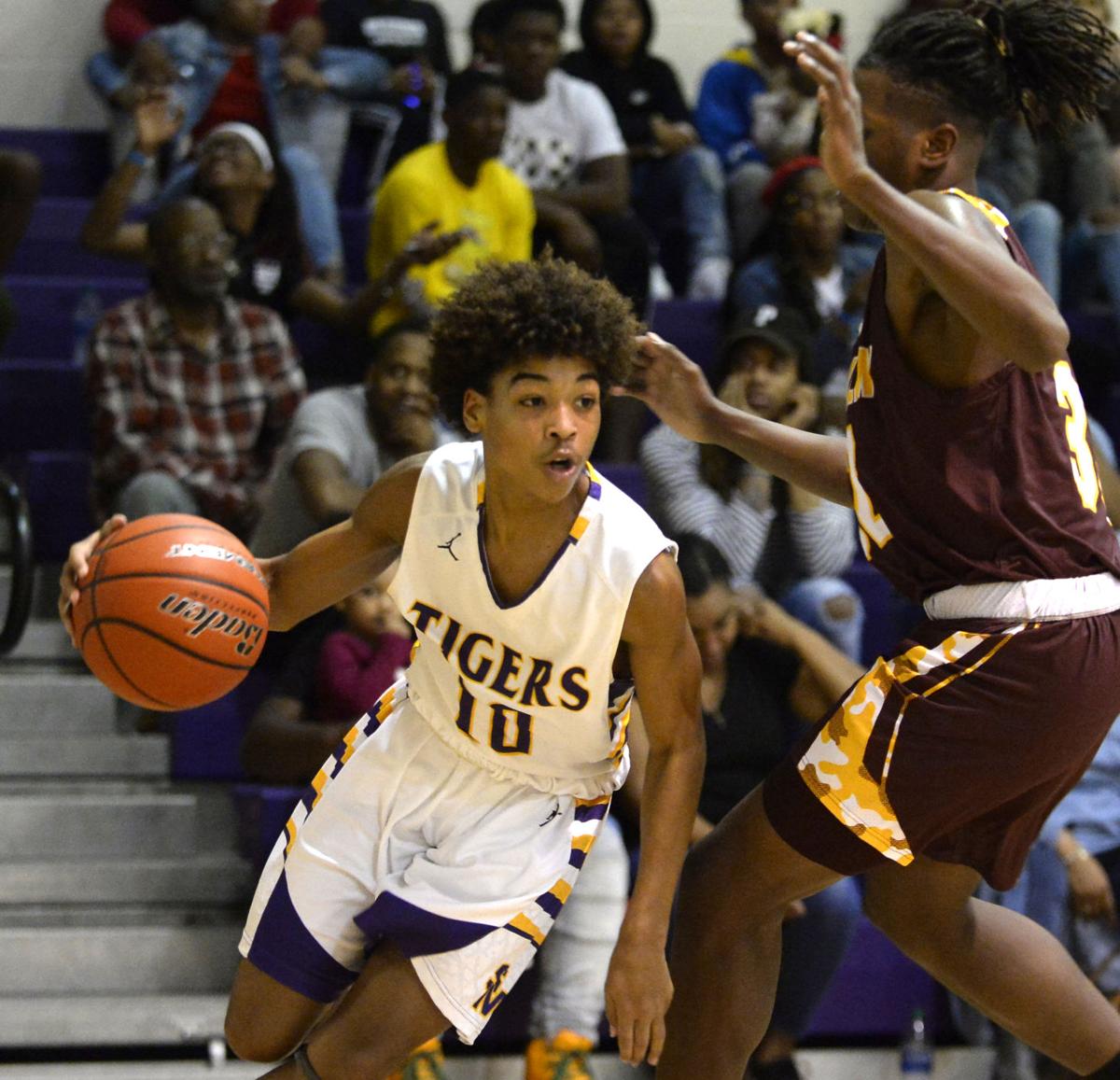 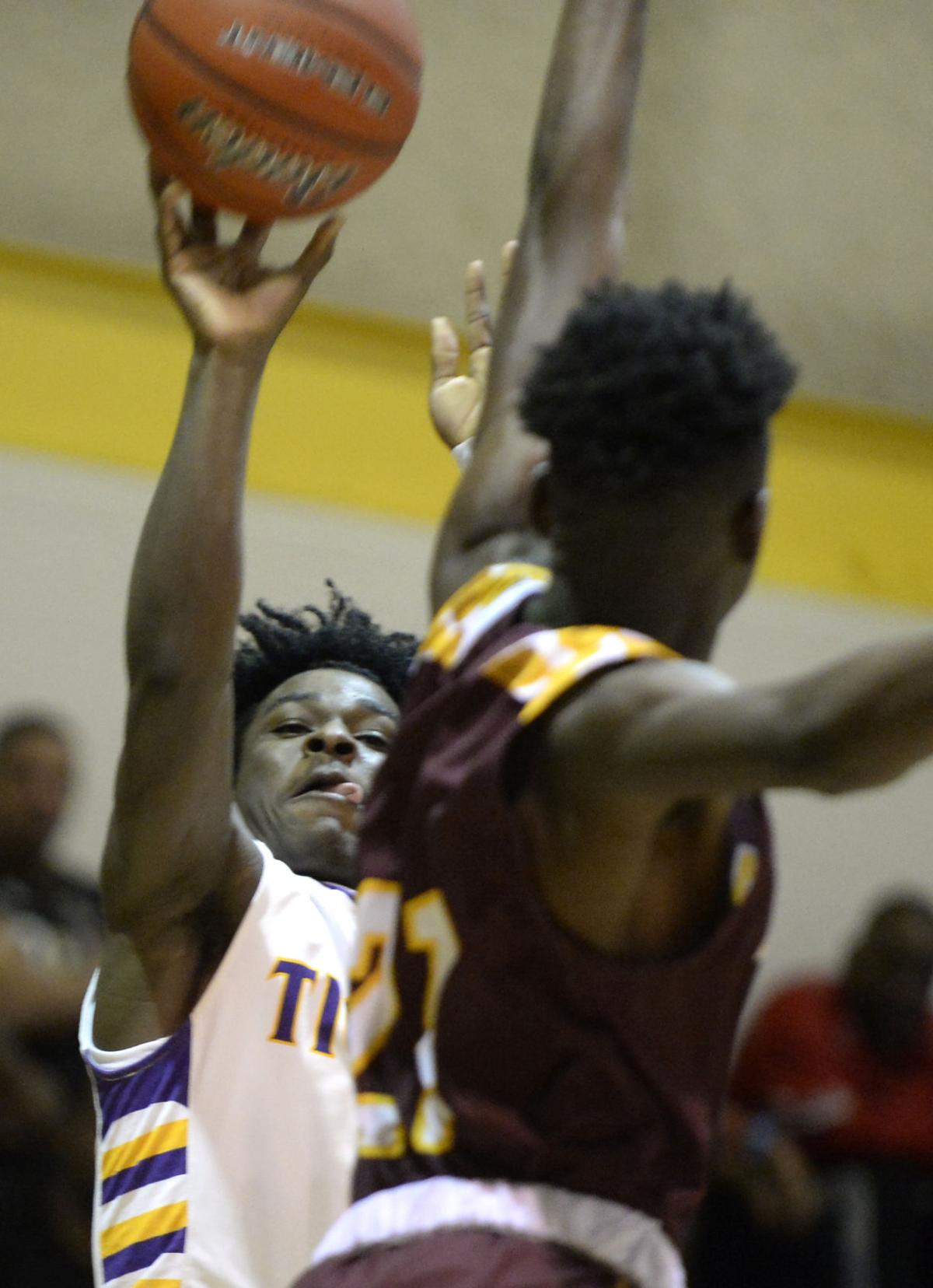 The Tigers' Jalen Mitchell (2) drives to the board as St. Martinville Senior High School basketball hosts Franklin on Thursday, Dec. 26, 2019, in St. Martinville.

ST. MARTINVILLE — Ihmaru Jones couldn't ask for a much better start to his first season as St. Martinville's basketball coach.

"Jalen is averaging about 19.8 points per game," Jones said.

As a freshman, Mitchell hit a 3-pointer with 3 seconds left to lift the No. 23 Tigers to an upset of seventh-seeded DeRidder in the second round of Class 4A playoffs. He is the nephew of legendary St. Martinville guard Darrel Mitchell Jr.

After missing the 4A playoffs last season, St. Martinville appears to be a strong 3A contender after dropping down one classification.

The Tigers, whose only loss came is to Peabody, are a junior-laden group.

"Datayvious Gabriel is one of our key players," Jones said. "He's a 6-2 junior who is our leading scorer at 21.8 points per game.

"He plays a little at forward and a little at guard. We basically try to make sure he plays a good amount at guard because that will be his position on the next level."

Gabriel scored 10 points against Franklin, as the Tigers advanced to the quarterfinals of their tournament to meet Rayne (11-6).

"Andrew Savoie is a 5-9 junior guard who can get hot from behind the 3-point line," Jones said.

Although the Tigers made seven 3-pointers Thursday, their coach wants to see his team drive to the basket more often.

"I think we're better when we're attacking the basket," Jones said. "Sometimes when they get a chance, our guys will get hot and hit a few 3-pointers, but consistently that's not our strength.

"We're at our best when we're slashing and getting to the hoop. Our guys are better off the dribble than they are standing around shooting."

Harvey Broussard, who had a breakout season at receiver in football, scored eight points against Franklin.

"Harvey doesn't start yet," his coach said of the 6-foot-3 freshman. "He's working on it. He's a big key for us, but we're also waiting for him to get used to playing varsity basketball. He's our sixth man and a big asset for us coming off the bench."

St. Martinville exploded for a 15-0 lead against Franklin, but the Tigers took their foot off the pedal in the second quarter. After leading 21-4 at the end of the first quarter, the Tigers were outscored 12-7 in the second.

"We started shooting too many 3's," Jones said. "I tell them all the time that when you miss a 3-pointer, the rebounds come long. It's difficult to get an offensive rebound off a 3-point miss, so all you're doing is inviting them to get back into the game.

"We took a lot of 3's and missed, and they scored a few points and got back into the game. Also, our defensive rebounding was poor. We didn't get defensive rebounds at all. They got too many second-chance shots. Sometimes, they were getting a third chance at the bucket."

"We have some competition here," Jones said of the tourney field. "It's very important that we win these next three games.

"We need to work on our defense. It's not where I expect it to be. We've had some games where we gave up 20 points in a quarter. In my opinion, that shouldn't happen."