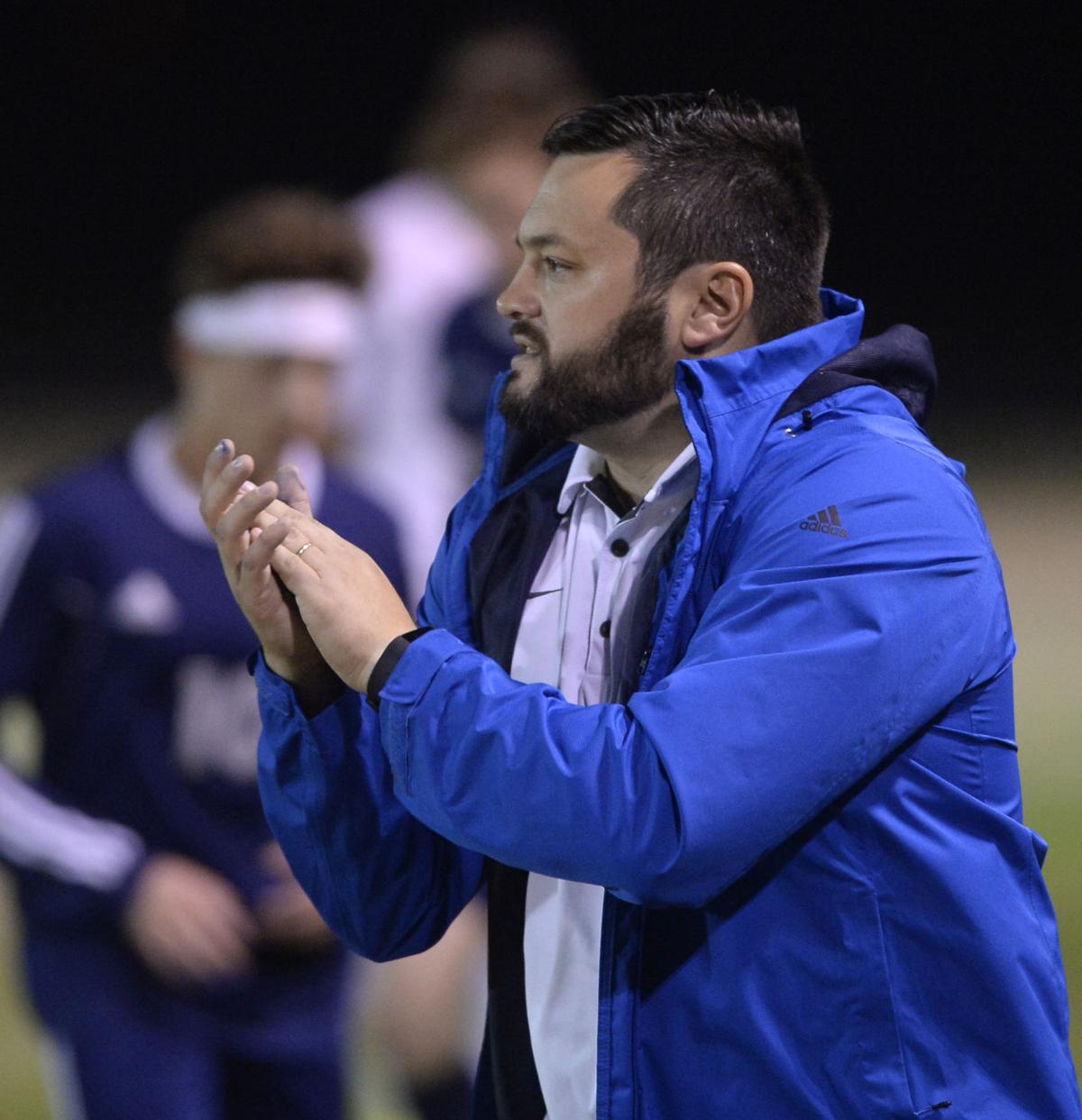 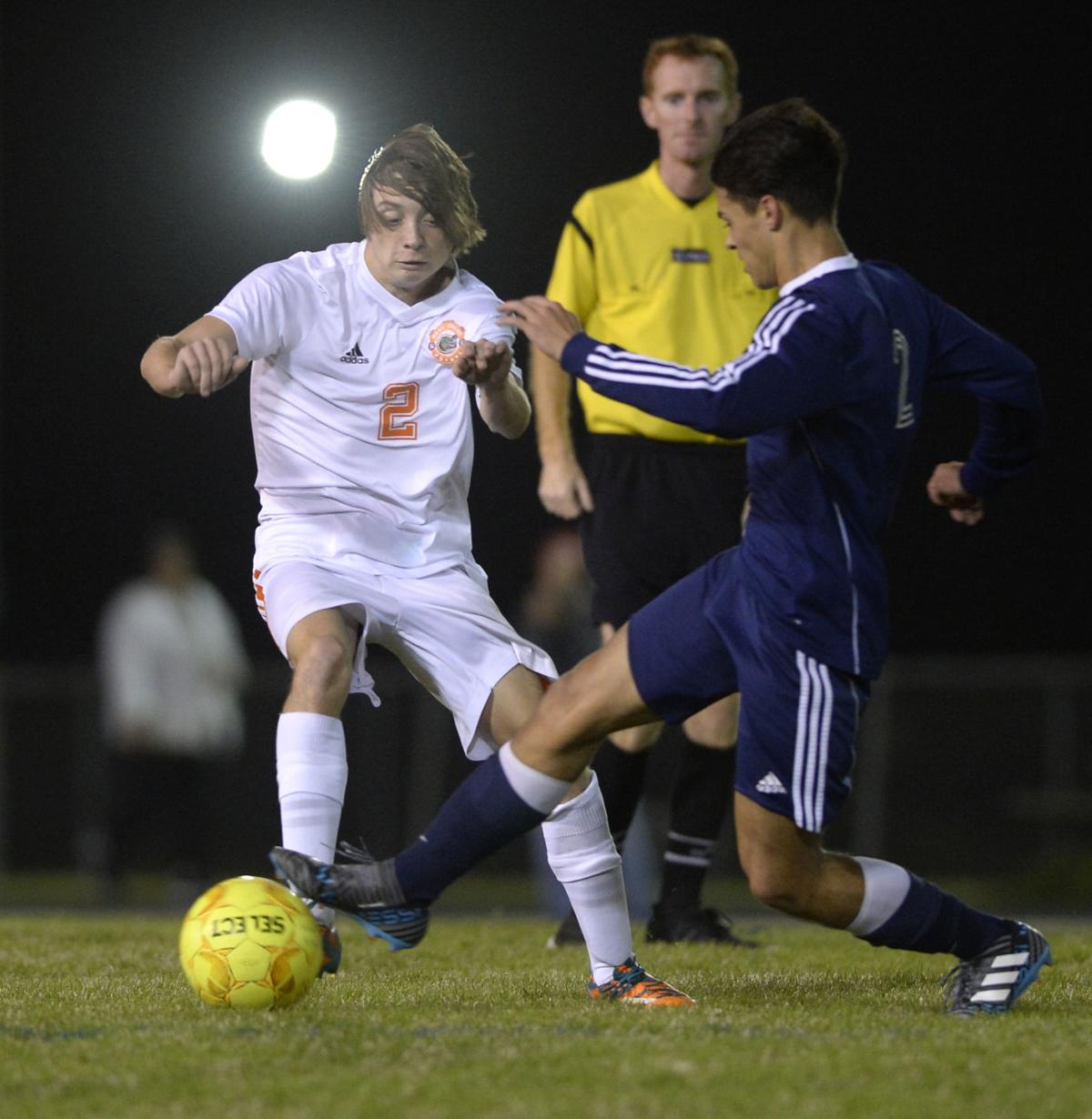 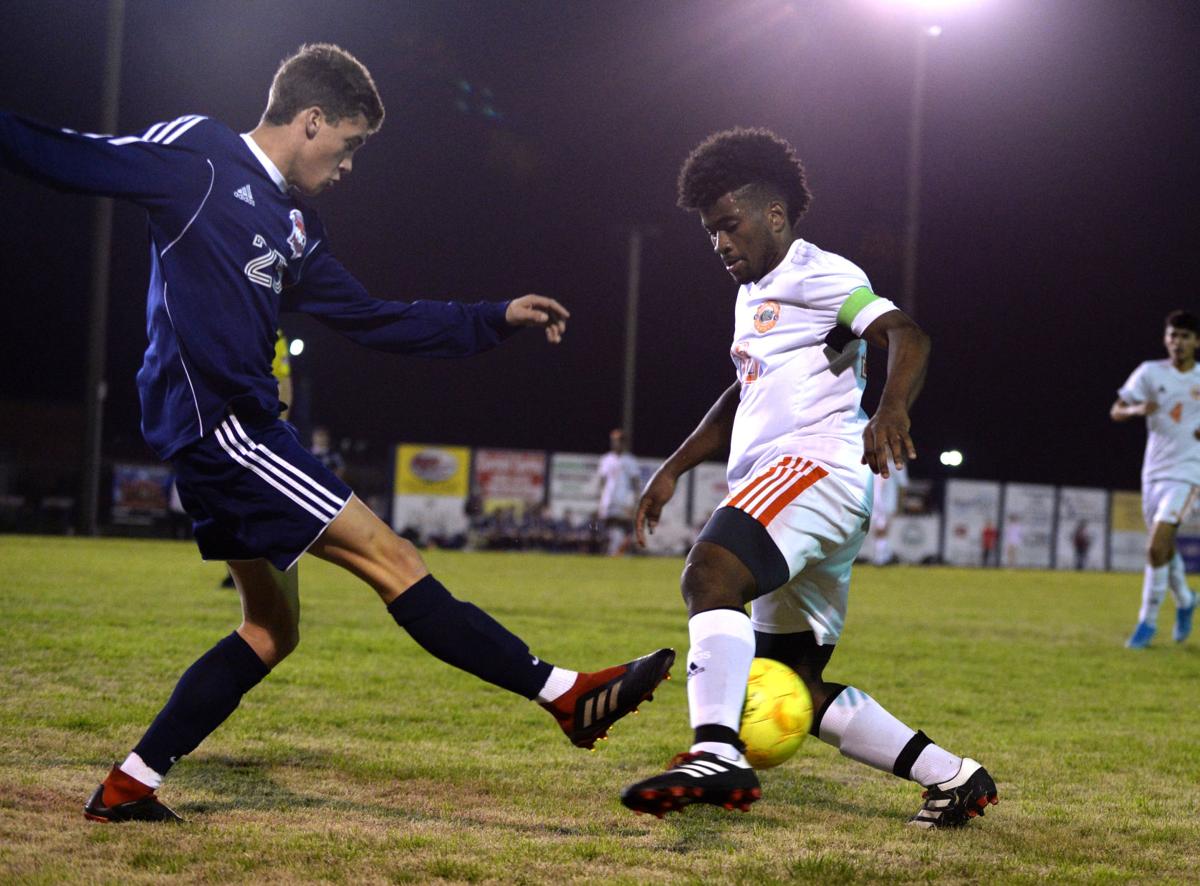 North Vermilion's Ronnie Pitre (25) moves the ball against Beau Chene's Adrian Eaglin (10) as the Patriots host the Gators on Friday, Jan. 10, 2020, in Leroy. 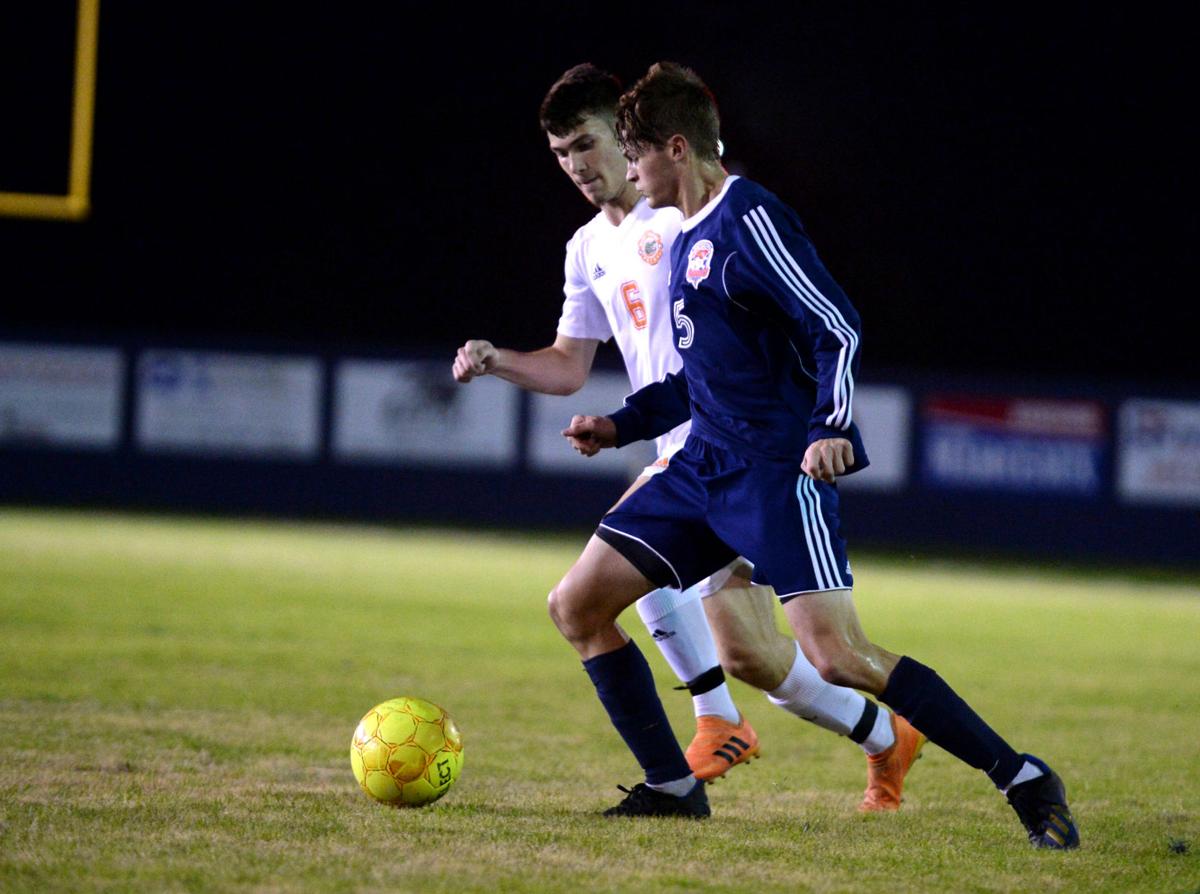 Beau Chene's Braxton Stoot (6) and North Vermilion's Lane Patin (5) fight for the ball as the Patriots host the Gators on Friday, Jan. 10, 2020, in Leroy.

North Vermilion's Ronnie Pitre (25) moves the ball against Beau Chene's Adrian Eaglin (10) as the Patriots host the Gators on Friday, Jan. 10, 2020, in Leroy.

Beau Chene's Braxton Stoot (6) and North Vermilion's Lane Patin (5) fight for the ball as the Patriots host the Gators on Friday, Jan. 10, 2020, in Leroy.

For Nick Gigliotti and the North Vermilion boys soccer team, the mantra has been “change the script.”

Because when you think of elite soccer programs in the Acadiana area, the Patriots don’t exactly come to mind.

To be sure, recent North Vermilion teams haven’t been weak by any means. The Patriots are routinely in the playoffs and usually host a first-round game. Last year, for example, North Vermilion went 12-5-3 in the regular season in Gigliotti’s first season in charge, earning the No. 9 seed in the Division III playoffs. The Patriots then cruised to a 4-1 win against St. Michael the Archangel in the first round.

But as it often happens in a sport dominated by private schools, the second round is where North Vermilion’s season ended last year, falling to Vandebilt Catholic 3-0. The Patriots have never been past the second round.

But Gigliotti and the Patriots intend on bucking the trend, and through nearly two months of this season, North Vermilion in on track to do so. At the beginning of last week, the Patriots were No. 1 in the Division III power rankings.

“We want to understand that we’re winners. We play with the idea that we’re going to win.”

North Vermilion owns an 11-4-1 record, and of the games that didn’t result in victories, all were against quality programs. That included last week’s 4-2 loss to Beau Chene, a perennial Division II power. The loss to the Gators was the first time all year the Patriots have allowed more than three goals.

“We’ve had a challenging schedule, and we’ve come up a bit short against some typical powerhouses within the state,” Gigliotti said. “But we’re moving forward, and hopefully as we continue to grow closer to the playoffs, we’ll be prepared to face playoff-like teams and those typical powerhouses when that time starts.”

Gigliotti joked he doesn’t exactly understand how the power-ranking system works, but he agreed the No. 1 ranking is neat, even if it doesn’t carry much weight in any given match.

“As a team, we’ve got to beat the 11 guys that line up in front of us,” said Gigliotti, who is originally from Greensboro, North Carolina and played collegiately at Coker College in Hartsville, South Carolina. “The power rankings are what they are, and if you win games in sports, good things happen.”

North Vermilion graduated seven seniors from last year’s team, but they returned several starters. The starting lineup overall, though, is mostly underclassmen. Gigliotti said the Patriots have been balanced offensively this year. Three players have double-digit goals and four have double-digit assists.

“We’re not reliant on one person,” said Gigliotti, who prefers a possession-based style of play.

Still, players like Lane Patin, Dane SaySak, Grant Touchet, Jayce Lamboas and Darian Duhon have produced consistently all year. Lamboas doesn’t often get on the score sheet, his coach said, “but the way he impacts the game has been awesome.”

“I think our team plays for each other, and then they play better than they have,” Gigliotti said.