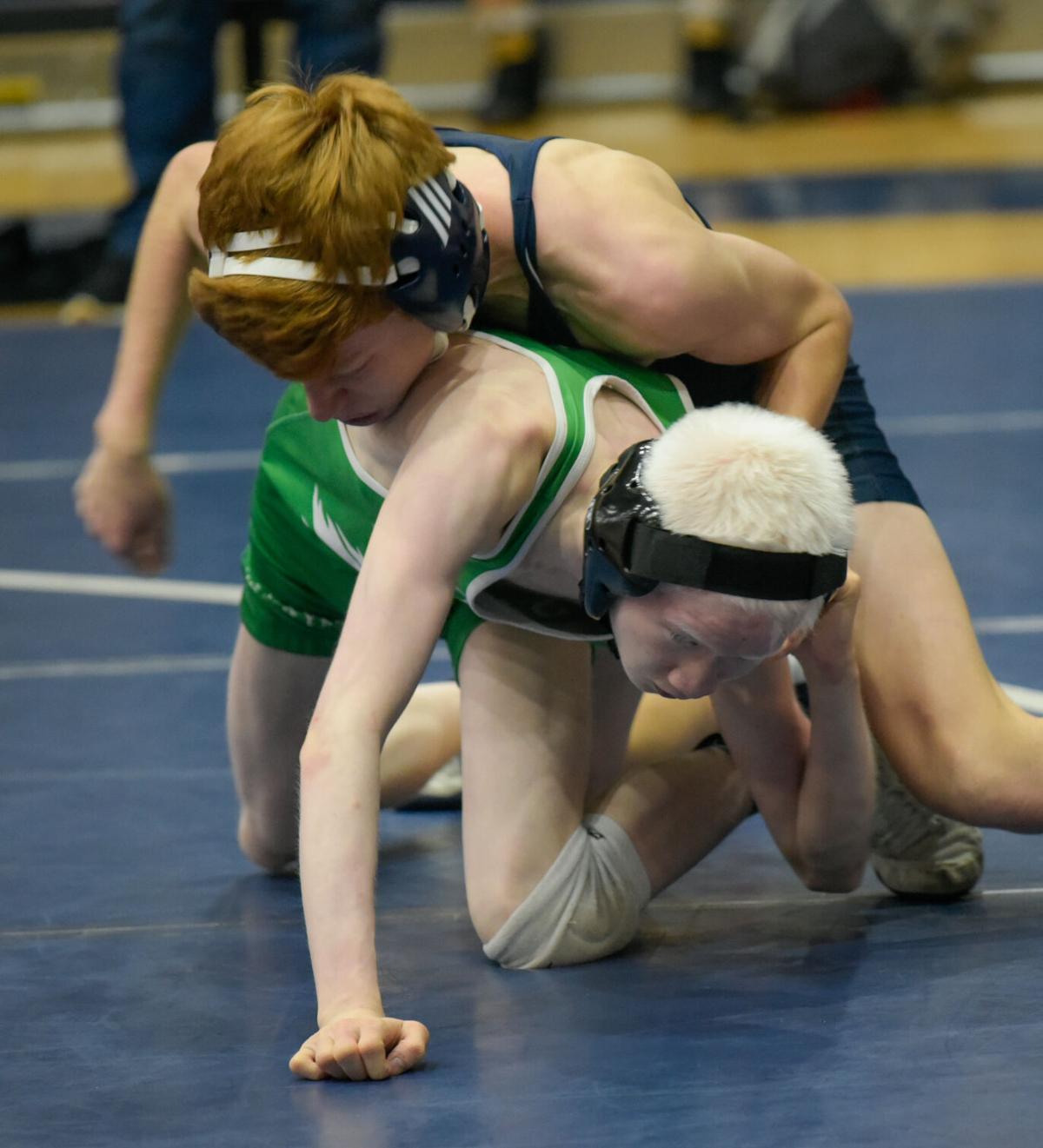 The remainder of the 2020-21 high school wrestling season in Louisiana has been canceled in an effort to ensure that the state championships can be held Feb. 25-26 in Baton Rouge. 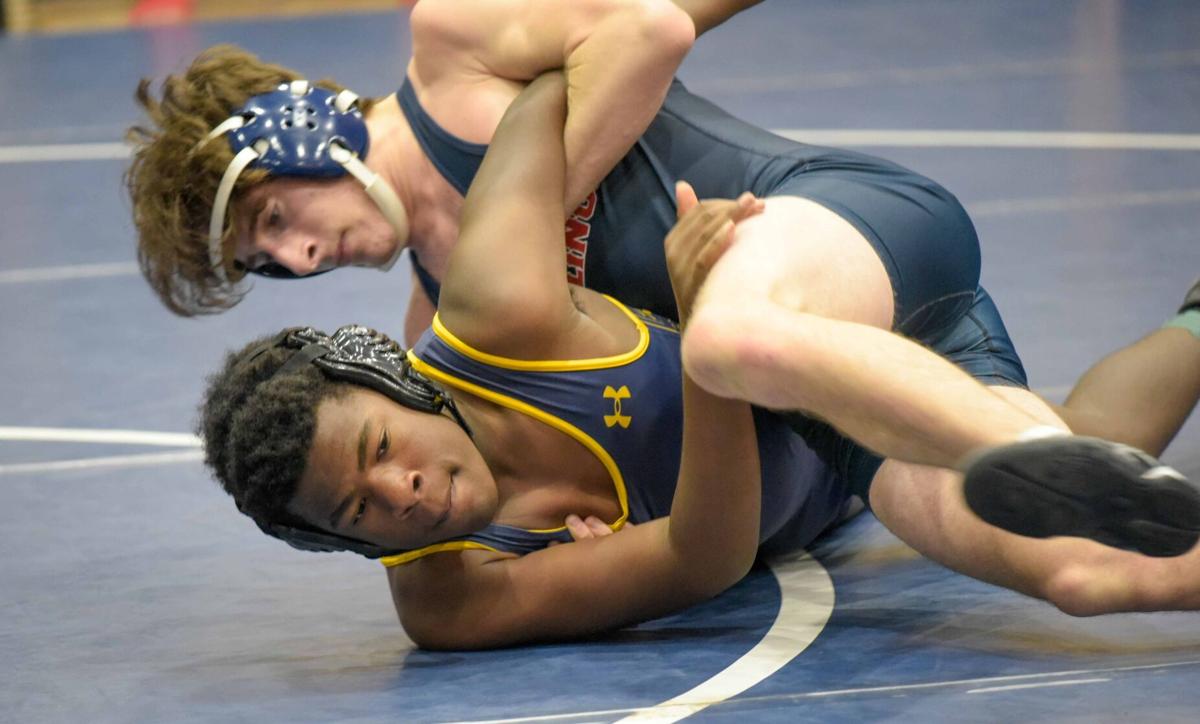 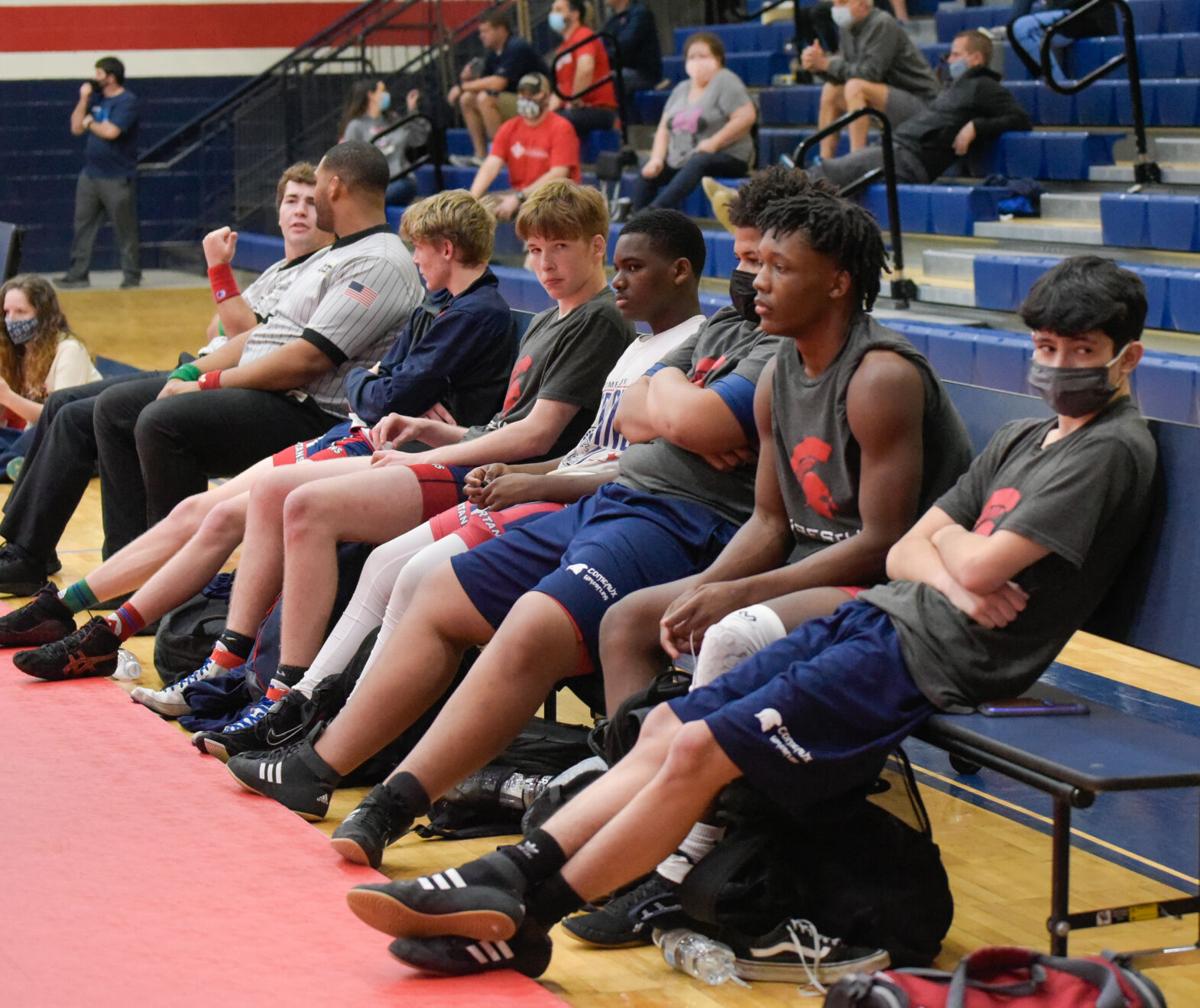 The remainder of the 2020-21 high school wrestling season in Louisiana has been canceled in an effort to ensure that the state championships can be held Feb. 25-26 in Baton Rouge.

Usually one of the biggest celebrations of the wrestling community in Lafayette Parish, the Greg Lavergne Parish Duals looked very different this year because of the ongoing coronavirus pandemic.

Originally, tournament organizers Elaine Guidroz and Derrick Franchak, wrestling coach at Carencro, had modified the tournament format to allow two four-team pools and a final bout between the pool winners would determine the parish champion in an effort to allow more parents the opportunity to see their child wrestle and mitigate any potential virus spread because of social distancing mandates.

That plan got dealt a serious blow Friday evening around 5 p.m. when news broke of a COVID-19 outbreak directly linked to the previous weekend’s Louisiana Classic tournament at the Lamar Dixon Expo Center in Gonzales.

“We’d gotten an email from the LHSAA stating that anyone who’d attended that tournament — wrestler, coach, spectator — would have to be quarantined for 14 days starting immediately,” Franchak said. “It was a whirlwind, and I didn’t know what was going to happen.”

According to the Louisiana Department of Health, more than 20 confirmed cases came in the aftermath of that event, causing major changes to this weekend’s tournament at Comeaux High.

The tournament went on but not nearly as planned. Left out because of the quarantine were a large portion of Teurlings Catholic’s varsity team and Comeaux’s varsity team, while Acadiana had to withdraw entirely.

“Acadiana withdraws, Teurlings can’t send its A-team and neither can Comeaux. We went from eight teams to three teams,” Franchak said.

A scramble for participants followed. Rayne, an Acadia Parish school, stepped in to once again modify the format to what became a six-team round-robin format.

“It’s ironic I called them,” Franchak said. “They’ve been trying to get into this thing for years and I just couldn’t, it’s a parish tournament. Obviously that’s a little weird, but we spend money to run these things and we were just trying to get matches for these guys.”

Despite the modified field, wrestling went on Saturday at Comeaux. It ended as it has many times in previous years, with Teurlings going 5-0 and winning the Parish title once again.

The Rebels clinched the title in Bout 13 against Rayne, winning that duel 46-33 after falling behind early.

The Rebels rode their upper weight classes to victory after Rayne initially stacked up 27 of a possible 36 points in the 132-pound class all the way up to 170.

But, despite sending a group that featured mostly junior varsity wrestlers, Teurlings collected six straight pins from 182 up to 285, along with forfeitures in the 106 and 113 classes to get the necessary points to win that crucial bout.

“Our upper weights, both our older and younger kids, have had a lot of success,” Teurlings coach Kent Masson said. “When you have a chance to win tournaments, you need that success in 170 to 285. If you can get legitimate wrestlers in those areas, you have a very legitimate chance of being successful. That’s what happened for us.”

“I can’t say enough about their work ethics. They get the chance to work against those (varsity) guys every day, and that bodes well for them. When you get the chance to go against some of the best wrestlers in the state on a daily basis, it’s going to help.”

The uncertainty of Saturday’s Lavergne Duals is causing a ripple effect throughout the state, with cancellations and rescheduling happening all over, including Comeaux’s signature Ken Cole Invitational.

Traditionally, the Cole Invitational is a two-day tournament that invites competitive programs statewide. Not only is that tournament being pushed back from this weekend, but it will only be one day this year and feature only programs from Acadiana and southwest Louisiana.

“The original scheduling would fall into the current 14-day quarantine that is in effect,” Guidroz said. “So, we’re moving it to a one-day tournament on Feb. 6. Sulphur canceled a tournament so we could have the Ken Cole. It’s going to be a smaller version of it. That’s what we’re working on right now, trying to work that out so those kids can have as many bouts as possible.”

As of now, no one is sure if the remainder of the state’s wrestling schedule is in jeopardy. The state tournament is scheduled for Feb. 26-27 at the Raising Cane’s River Center in Baton Rouge.

While understanding a quarantine is necessary sometimes to protect individuals, Masson said he questioned how many people needed to be quarantined in this situation.

“Cooler heads have to prevail sometimes,” he said. “We can’t just jump the gun and think we have to quarantine everyone based off of one event based on a few cases. Everything was done because we try to protect people, and that’s understandable. Who I feel bad for is the kids who were supposed to be here to wrestle that didn’t get a chance to do so. That’s the problem we have. By jumping the gun, kids lost chances to wrestle and that put everyone in a bind.”