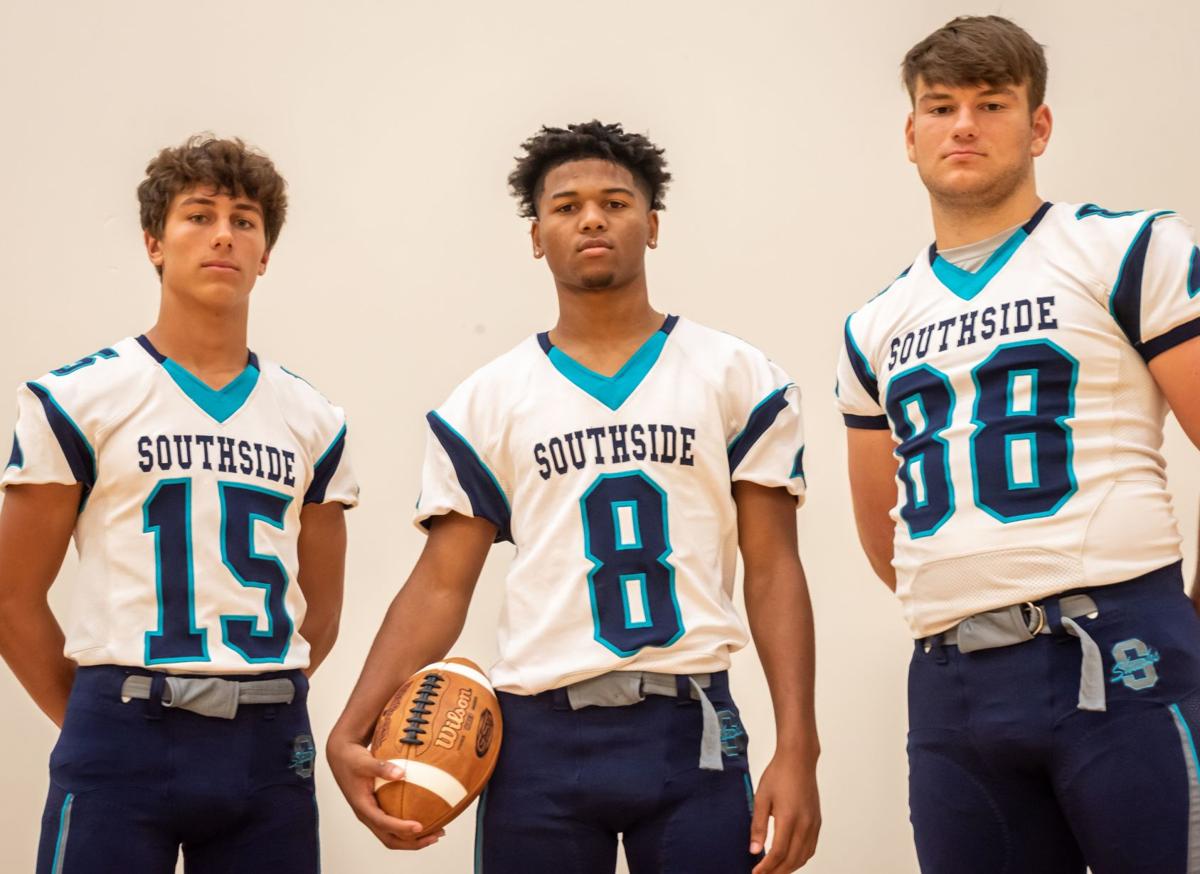 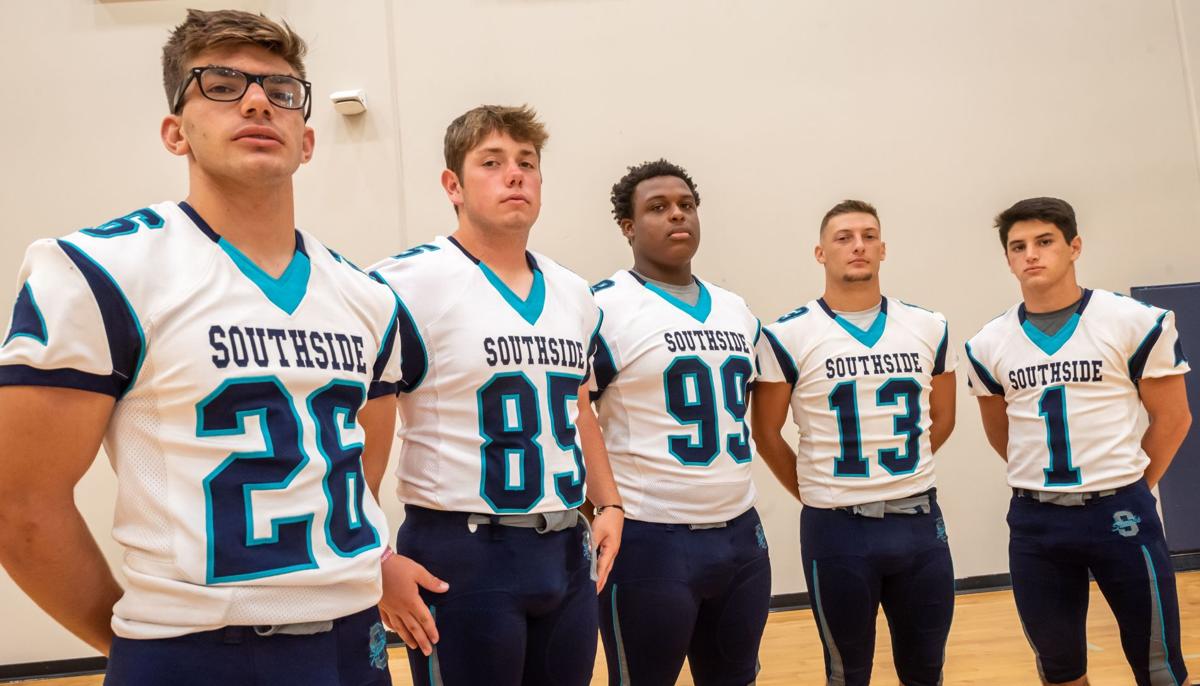 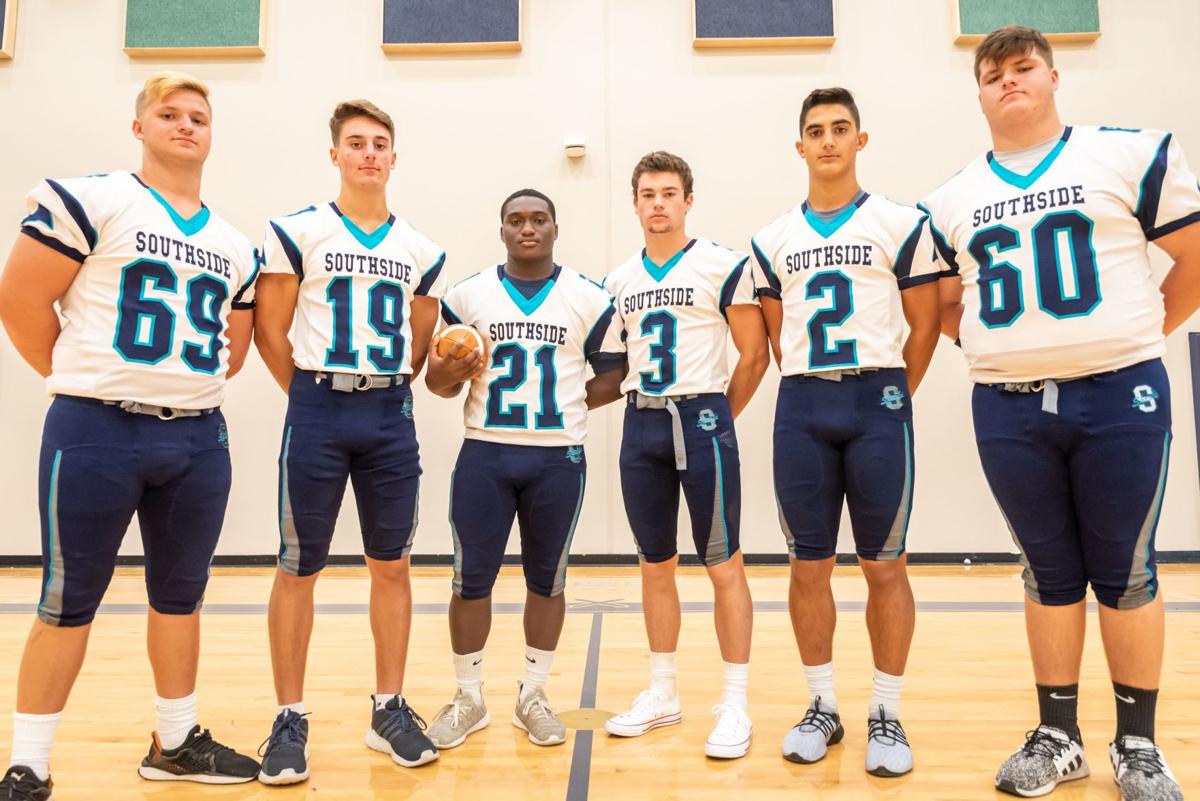 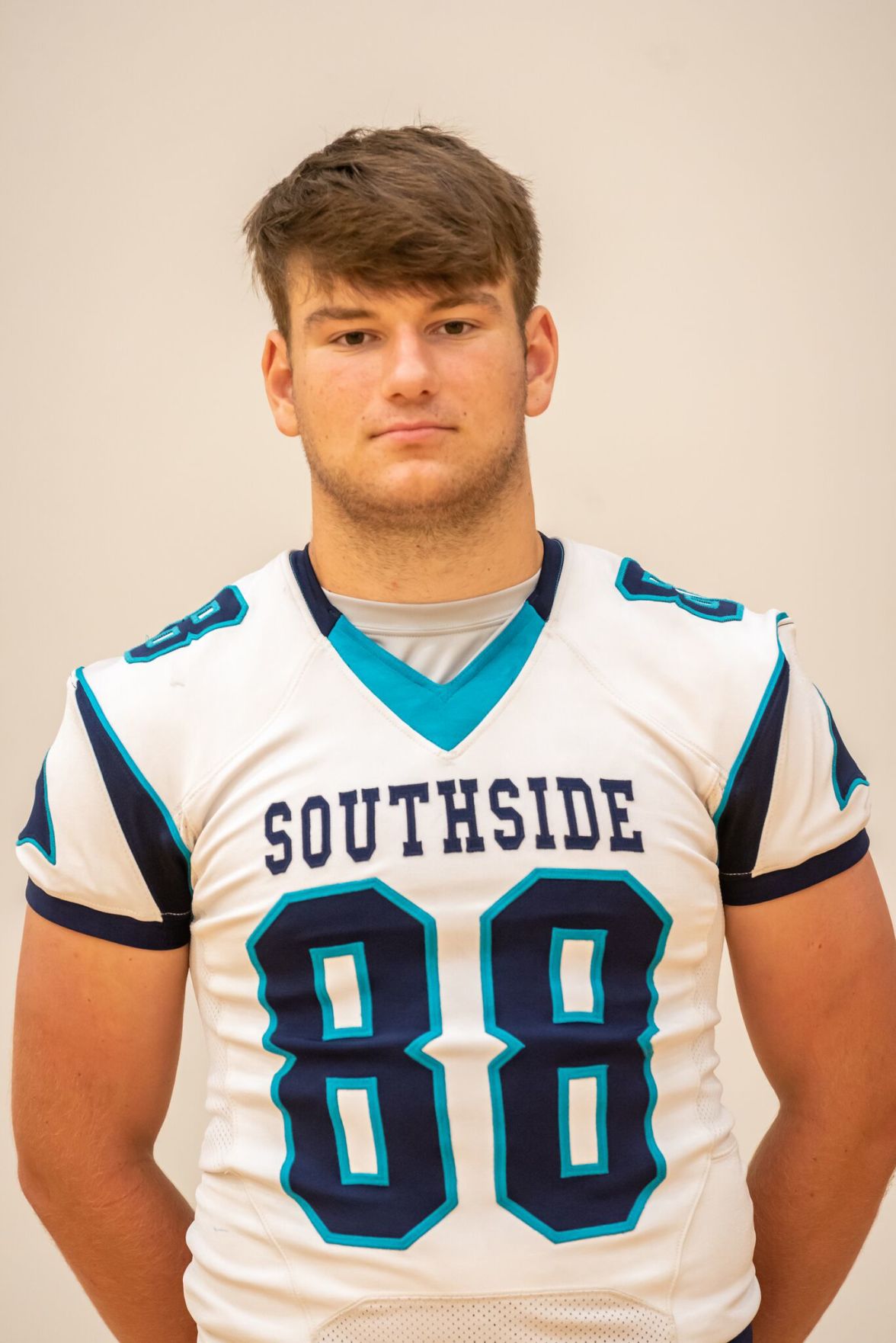 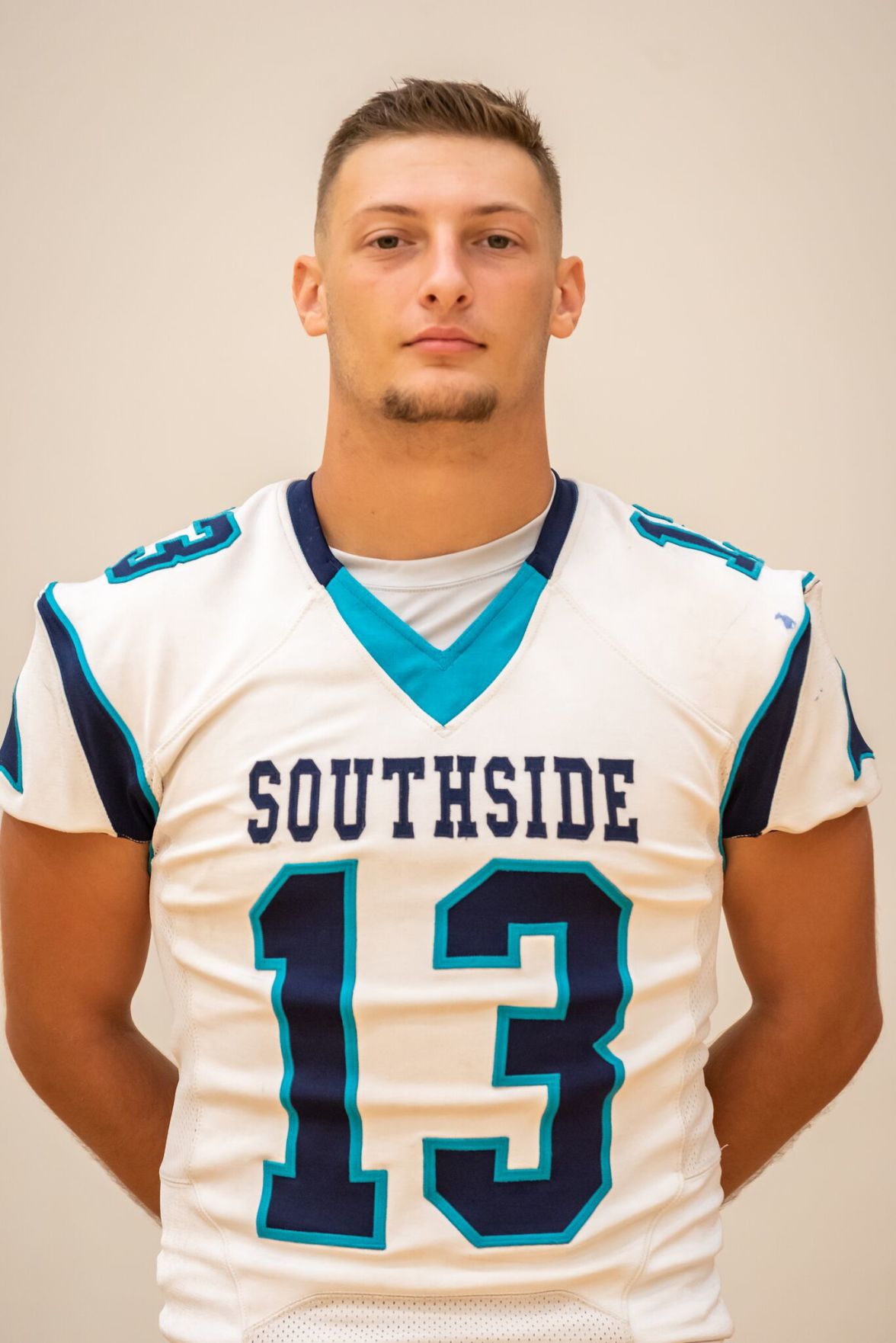 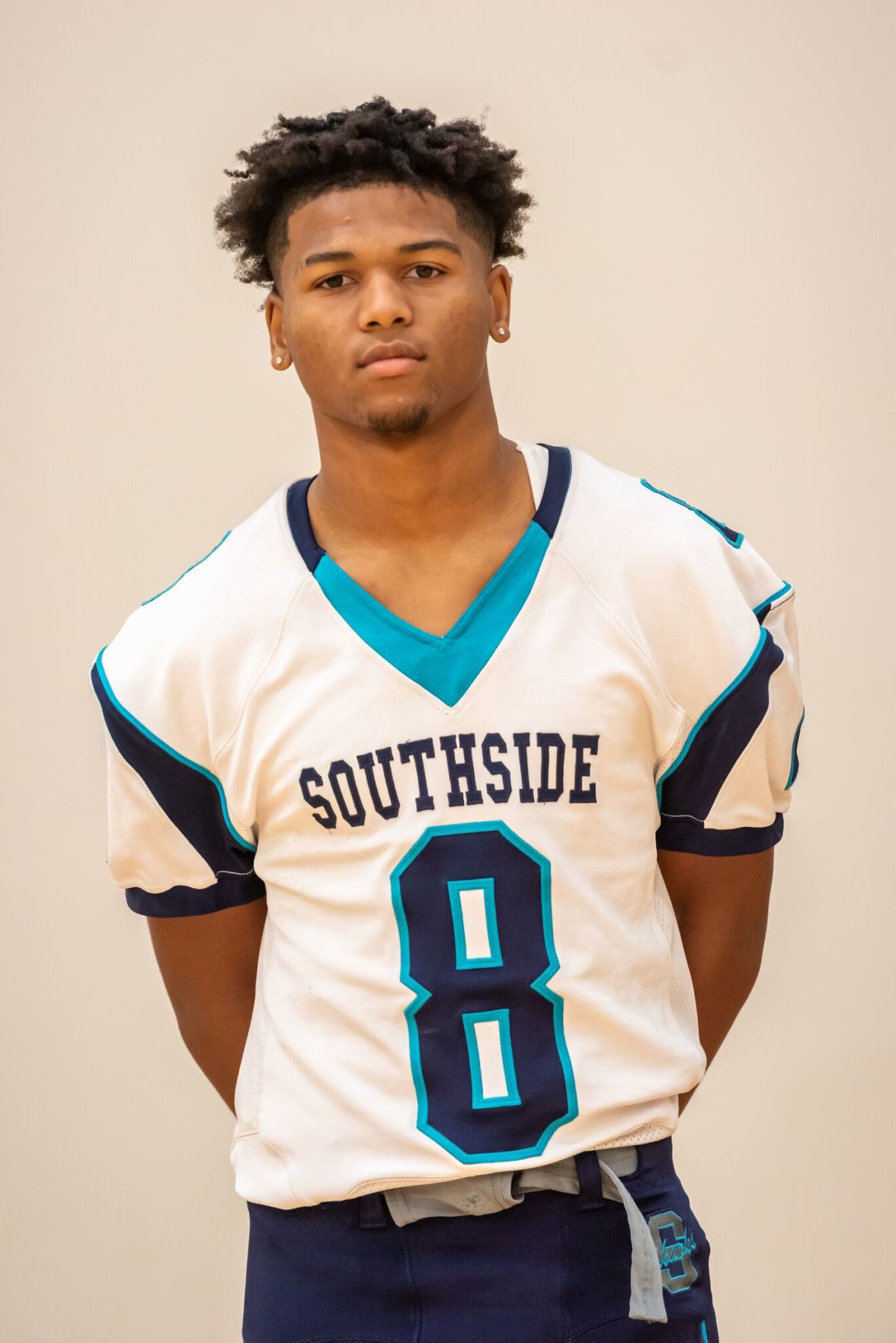 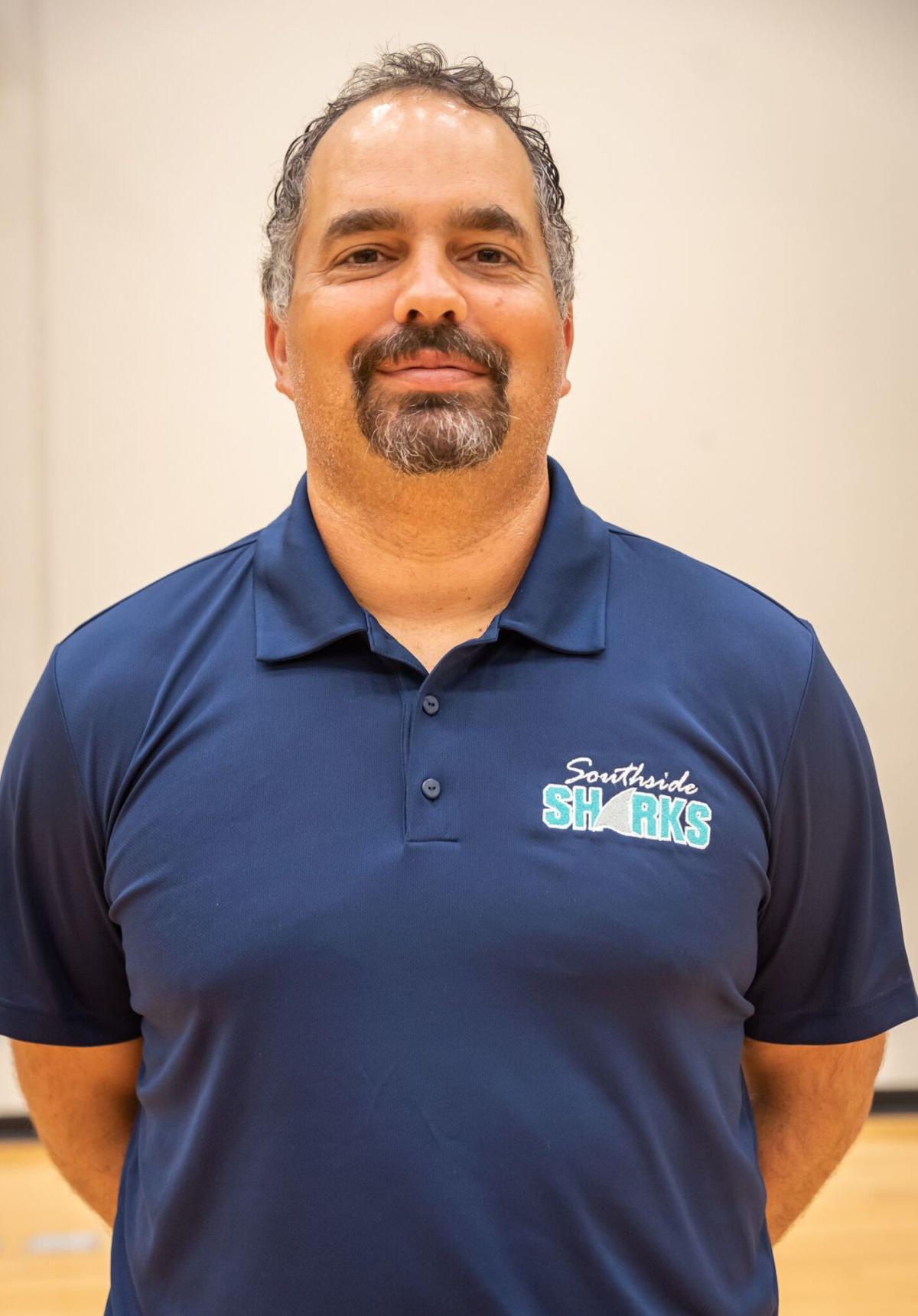 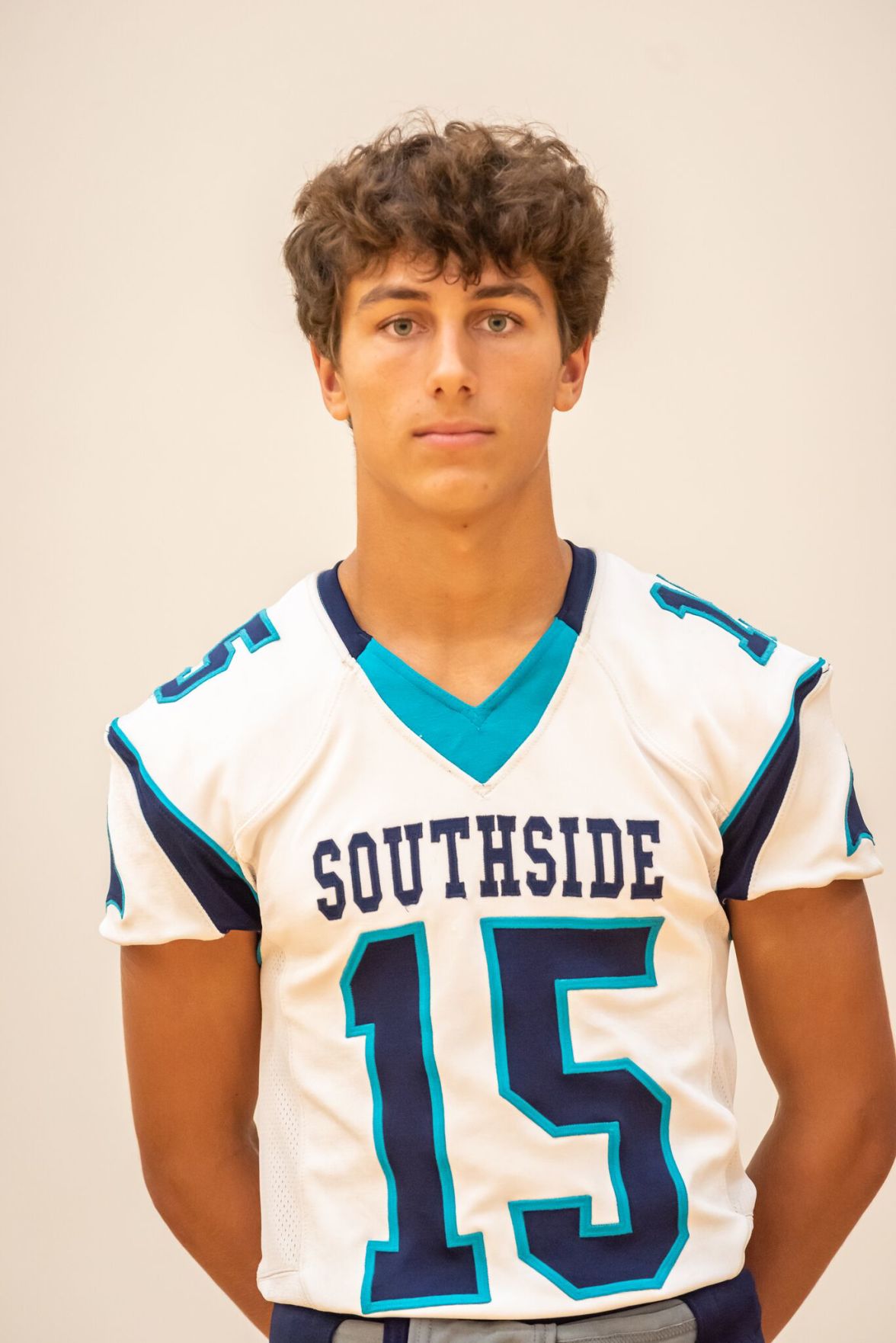 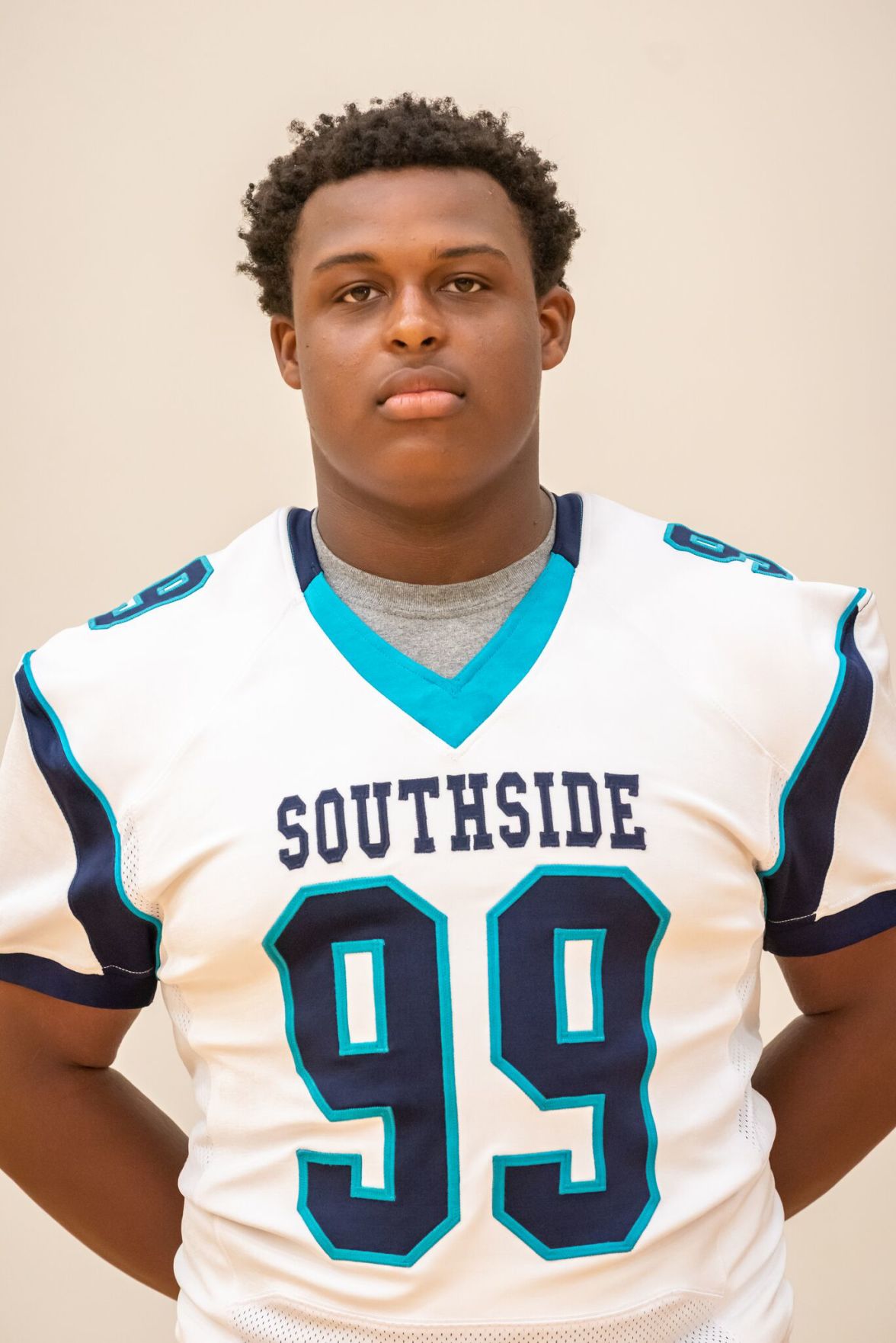 Editor's note: This is the 18th in a 30-day series highlighting high school football teams in the Acadiana area. Up next are the Southside Sharks.

These are exciting times at Southside High School, which is ramping up for its first official varsity season. The Sharks boast a roster of 88 players, and that doesn't include a large freshman class. Although Southside has a beautiful campus with first-class facilities, the football team planted its roots two years ago "in a field behind a church," coach Joshua Fontenot said. The program "has come a long, long way," he said.

Against Opelousas Catholic, the Sharks rallied from a 14-point deficit in the fourth quarter. "That was a big moment for us and made us grow a lot," said Fontenot, who is excited about building a program from scratch. "That's the main thing that drew me to the job," Fontenot said of building a program from scratch. He said it hasn't been done on the Class 5A level since Dutchtown opened its doors in 2003.

Fontenot hopes his team can mimic Dutchtown when it comes to early success. In 2005, the Griffins reached the second round of the playoffs and gave West Monroe a tussle in a 22-7 loss. "This is 5A football," Fontenot said. "This is what we all wanted. Every kid that came here wanted to build something from scratch. That's why I'm here. We're excited about getting it going."

Two years ago, Southside opened for its first year with 600 students, all of which were either freshmen or sophomores. The Sharks have 12 seniors on this year's roster and nine of those have been with the program since the beginning. The school now has an enrollment of about 1,700 with more than 40 freshmen on the junior varsity squad.

Fontenot describes his offense as "spread-ish." The unit will be led by junior dual-threat quarterback Dillon Monette, who shined last year. In the comeback win over Opelousas Catholic, Monette converted on a fourth-and-10 to spark the Sharks to the game-winning touchdown with 37 seconds remaining.

The Sharks should be able to move the ball through the air with Monette throwing to rugged senior tight end Connor Venetis and versatile senior wide receiver Rhett Peloquin, who will also handle kick return duties.

While Fontenot likes his team's the passing game, his philosophy is that "you have to find a way to run the ball. That's the way I believe football should be won." Monette could spring some big ground gains with the spread option.

Braxton Guilbeau, who handled both the punting and kicking last year, returns for his junior year and "should be a weapon for us," Fontenot said.

The linebackers, undersized but aggressive, should be the strength of the 3-4 defense. Junior inside linebacker Culley Holden is a player to watch.

WHAT WE DON'T KNOW

How will the Sharks adjust to big-time football? The schedule is daunting with nondistrict games against Franklin and Church Point. On the bright side, those two contests are at home.

A seven-game district slate has trips to Barbe, Sulphur, Sam Houston and Comeaux. The Sharks host Acadiana, Lafayette High and New Iberia. Five of those district foes reached the 2018 playoffs.

"The ability of the offensive line to execute at a high level will determine how quickly we succeed," Fontenot said. "The (offensive line) has nice size, averaging 6-foot-1, 250 pounds across the board. While large linemen "aren't a necessity for what we're trying to do, we're fortunate to have some big ones."

Defensively, the group will be attempting to adjust from seeing 1A teams last year. Fontenot said the defensive line "is young but solid, and the faster the secondary comes around, the better we will be."

The defensive coordinator, Bryan Gary, "does a good job of mixing pressure with the base defense," Fontenot said. "We have to be a school that plays with discipline. We're going to attack when we can but right now, we're not going to out-athlete people."

HOW WE SEE IT

After Southside scrimmages Westgate next Friday and tangles with Notre Dame in the jamboree, we'll have a better idea of how the Sharks stack up. "We need to see the type of speed and talent that Westgate has. We haven't played against anything like that," Fontenot said.

With seven opponents reaching the playoffs last year, the Sharks have their work cut out. Fontenot would love for his team to get its first varsity win in school history in Week 1 at Northside, which is coming off a 1-9 season.

"Starting 1-0 would be huge," Fontenot said. "I want people to be impressed with our level of execution on the field and how our players conduct themselves. That will translate into wins. If I want one thing for our fans, it's for them to be proud of the way our kids played. That's our expectations."

Comeaux is a natural rival for Southside. The student body at Southside would be zoned to Comeaux if the new school hadn't been built. Quarterback Dillon Monette spent his freshman year at Comeaux before transferring to the Sharks.

"That game will be important," Fontenot said. "Everybody talks about it. Our players certainly know about it. If you ask them who they want to play, it's Comeaux. Our players went to school with their guys. They're from the same neighborhoods. If you want to circle a game on the calendar, this would be the one."

Earlier in his career, Fontenot worked under Comeaux coach Doug Dotson when the duo was at Plaquemine. "They're going to have a great year," Fontenot said. "They have a talented team. Their quarterback, Tre' Harris, is a phenomenal athlete. Both he and their running back, Eddie Flugence, are zoned to where they could attend Southside, but they were allowed to stay at their school of choice where they started."

Before arriving at Southside, Fontenot was the coach at Crowley for five years. He guided the Gents to a 12-1 record and a berth in the 2015 Class 4A quarterfinals.

A graduate of Sacred Heart-Ville Platte, Fontenot played at Nicholls State. According to the Southside coach, the primary "selling point" for accepting the job was the school principal, Catherine Cassidy. Also, he was attracted to the fact that he's in "one of the fastest-growing areas in the country."

The junior signal-caller can be electric. Last year, he threw for 331 yards and four touchdowns in one game while also rushing for 55 yards. He is the No. 1 strength of the team, his coach said.

Venetis is "a big kid who will make a good player for a college football team somewhere," Fontenot said. With ideal size and strength, Venetis should also open holes for the ground game.

Pelloquin will play more than 100 snaps per game, Fontenot said. The senior will start at receiver, return kicks and play cornerback and safety. "He can do it all and he does it with a smile," Fontenot said. "He's an All-American kid who will be successful in life with the way he handles himself."

The junior inside linebacker makes up for a lack of size with energy and leadership on defense. He's moving into the box from safety and "plays with a chip on his shoulder," Fontenot said. "He plays angry, which is what you need playing on the inside."

The only sophomore starter on defense, Gilbert will play nose guard. "He has a bright future," Fontenot said. He's a part of a position group his coach called "young but solid."

‘Waiting two years for Week 1’: After impressive jamboree performance, Southside is ready for the real thing

“Everybody seems surprised. What y’all think we’ve been doing over here?”