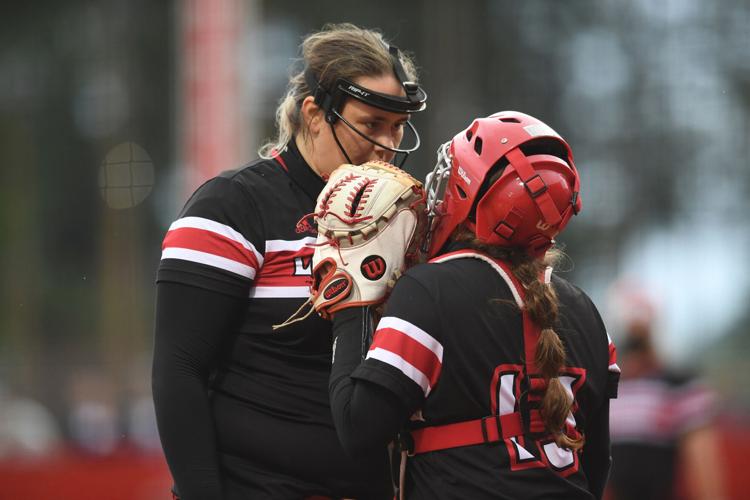 UL catcher Sophie Piskos and pitcher Kandra Lamb are two names worth inking into the Cajuns' projected starting lineup, but that appears to be a short list heading into January practice. 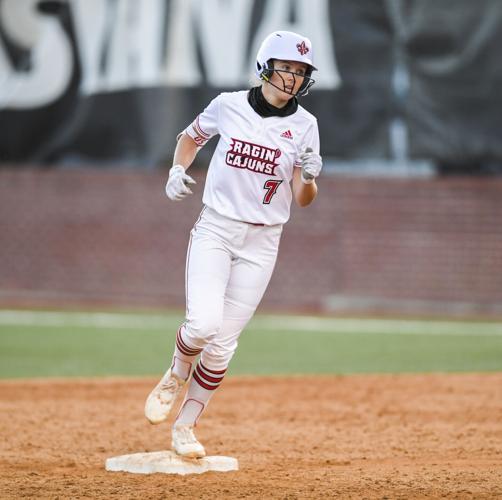 UL's Karly Heath could make an impact with her power stroke or with her improved pitching skills this season for the Cajuns.

UL catcher Sophie Piskos and pitcher Kandra Lamb are two names worth inking into the Cajuns' projected starting lineup, but that appears to be a short list heading into January practice.

UL's Karly Heath could make an impact with her power stroke or with her improved pitching skills this season for the Cajuns.

When UL softball coach Gerry Glasco showed up for practice this week a month before the Feb. 11 season opener against UAB, he was doing a whole lot of guessing.

So much so, it kind of reminded him of how it felt his first season taking over the Ragin’ Cajuns back in 2018 — with one major difference.

While he might still not have an idea of who is starting four weeks down the road, the options are looking plentiful and talented.

“We’ve got some good possibilities, but we’re a long way from me understanding what our best is, what’s our best team,” Glasco said. “It’s wide open and it really is. That’s not just coach speak. I don’t know.

“It’s almost like my first year here when I didn’t really know the players. I know these players, but it’s just that wide open. The lineup just isn’t going to be set until February.”

One major issue to resolve is figuring out what kind of offense the Cajuns are going to be this season.

The potential to be a power-hitting team is certainly still there, but many of the youngsters are also loaded with speed.

Figuring out the mystery likely begins with the health of Taylor Roman. Glasco has been fascinated with her raw power from day one, but Roman suffered a major knee injury last season and still wasn’t herself in the fall season.

Meanwhile, Karly Heath transferred from South Carolina as a hitter and a pitcher. She hit eight homers in only 97 at-bats last season and “was our best hitter in the Baton Rouge Regional last year.”

If Roman and Heath both hit in January, the designated player and first base spots may be decided.

If not, numerous options exist. Expect senior Melissa Mayeux to land somewhere, theoretically at shortstop or first base.

The other prime option at shortstop is freshman Alexa Langeliers, who missed her senior season at Keller High in Texas and like Roman wasn’t quite herself yet offensively in the fall. Her fielding, though, is top notch.

The other strong candidate at first base is Washington transfer freshman Stormy Kotzelnick, who could also play elsewhere in the infield or even the outfield if needed.

Junior Ari Quiñones would keep the defense strong at second base, depending on how first base and shortstop play out.

Fortunately for Glasco, there are some positions pretty close to sure things.

Sophomore Sophie Piskos is the expected starter at catcher, Texas A&M sophomore transfer Jourdyn Campbell at third base and Raina O’Neal as centerfielder after missing most of last season with an injury.

The next most likely starter is freshman Maddie Hayden in left.

“She’s such a good athlete,” Glasco said of Hayden. “She’s just such a natural athlete — good arm, fast, can hit a home run, can turn a double into a triple and can steal a base. Not quite as fast as Keeli Milligan, but not far off.”

Right field figures to be a battle between senior Jenna Kean and freshman Kramer Eschete, who was the only hitting over .400 in the fall season and has the strongest arm of the bunch.

Like Milligan, who stole 60 bases in 2019, Kean would fit perfectly into a speed approach offensively.

“I think you’ll see a lot of rotating and platooning early, because it’s such a young team,” Glasco said. “It may just be a matter of one player getting comfortable and hot and another player not getting comfortable. It’s pretty balanced. There are 12 or 13 players who can really play.”

Unfortunately for Glasco, there are also decisions to be made in the circle as well.

Freshman Sam Landry comes with high credentials, Heath improved dramatically in the fall and Kentucky transfer Meghan Schorman was UL’s best arm the first half of the fall season.

Also, Vanessa Foreman brings experience and the ability to get left-handed hitters out.

“Karly was the most improved pitcher in the team,” Glasco said. “She seems to really connect with (pitching coach) Justin (Robichaux). She’s throwing five or six miles an hour harder with better control this year.”