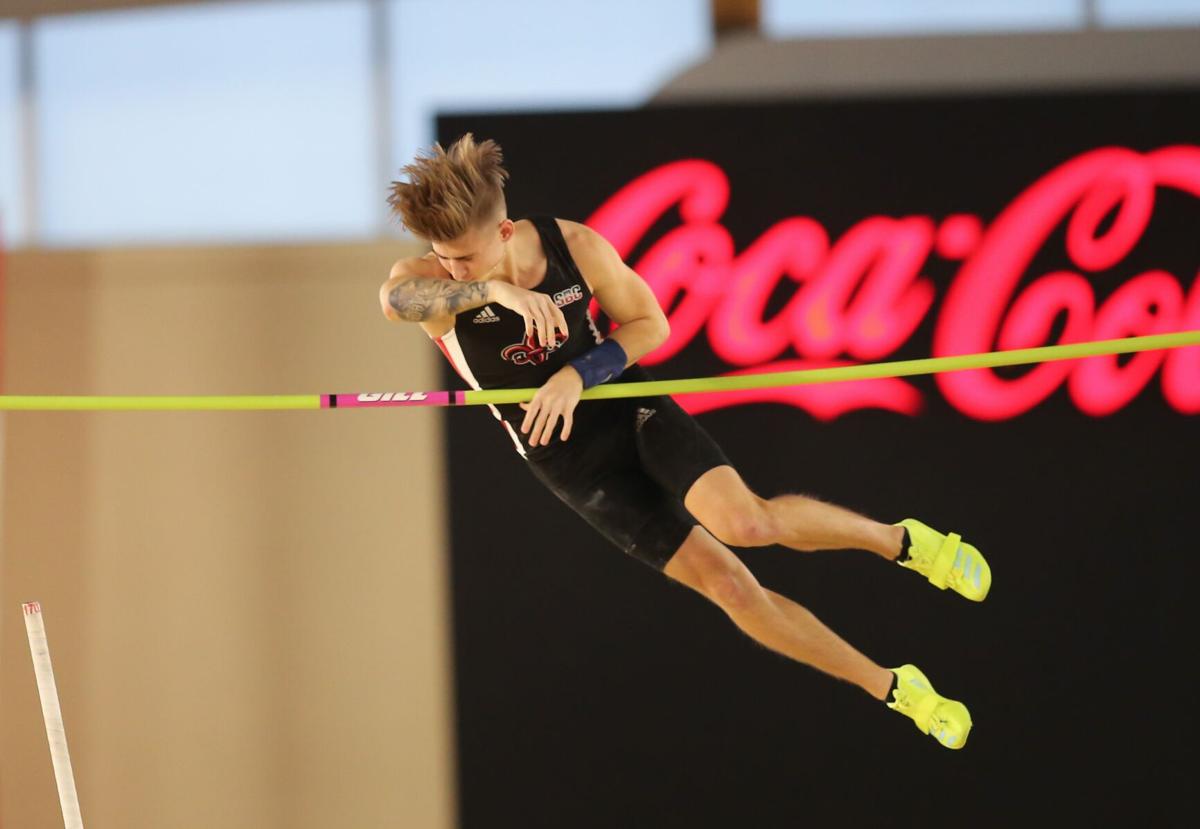 UL pole vaulter Cole Courtois of New Iberia will be making his second trip to the NCAA track and field championships in Eugene, Oregon next week. 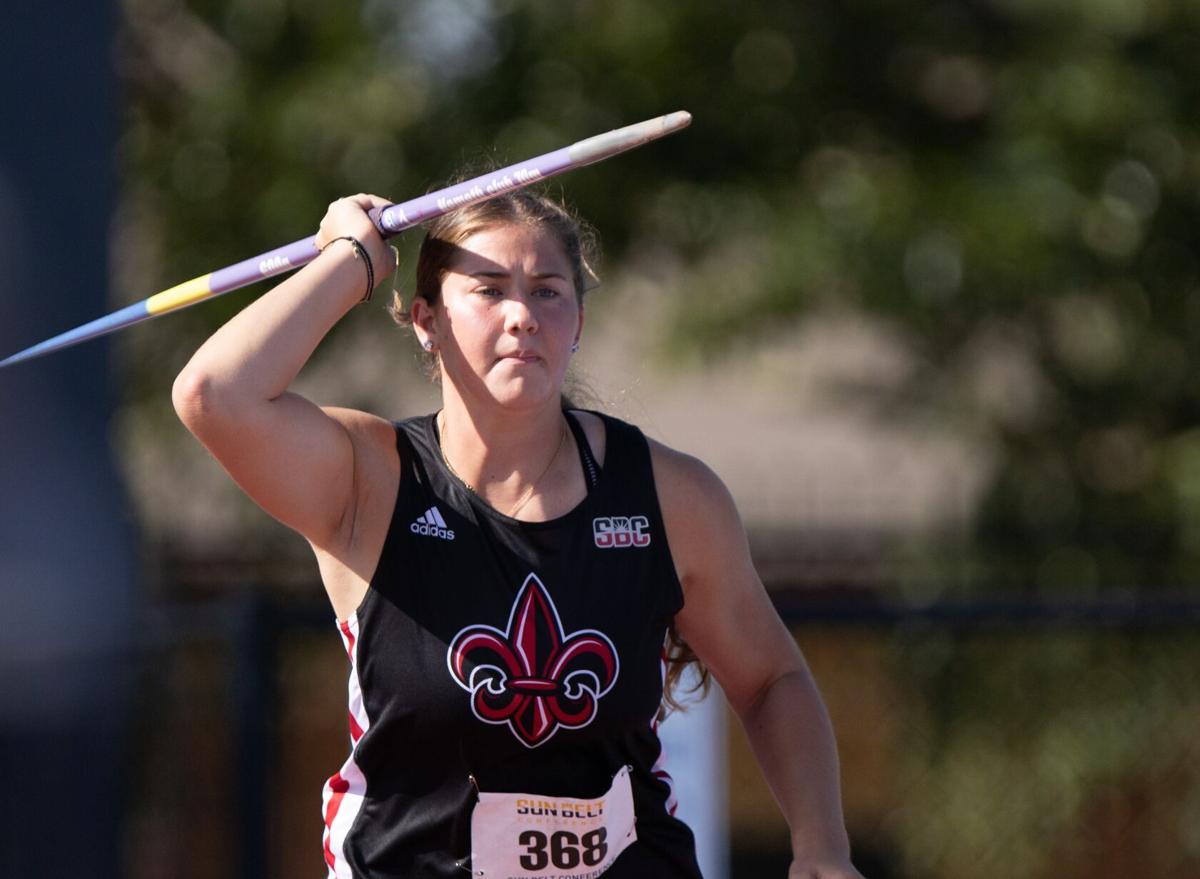 UL freshman javelin thrower Maria Bienvenu of Natchitoches picked up on her new sport of track and field in a hurry. 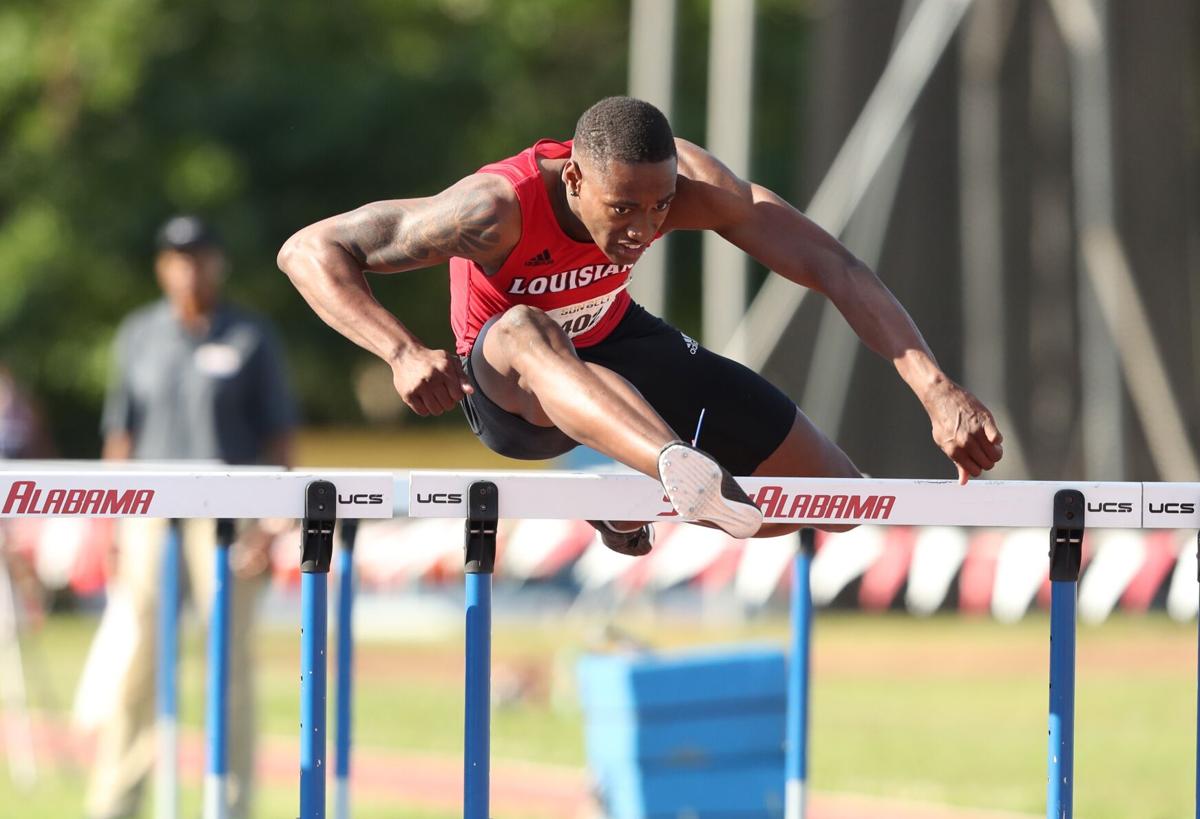 UL junior college hurdler Yves Cherubin qualified for the NCAA for the Cajuns this season despite picking up on the event late in his career. 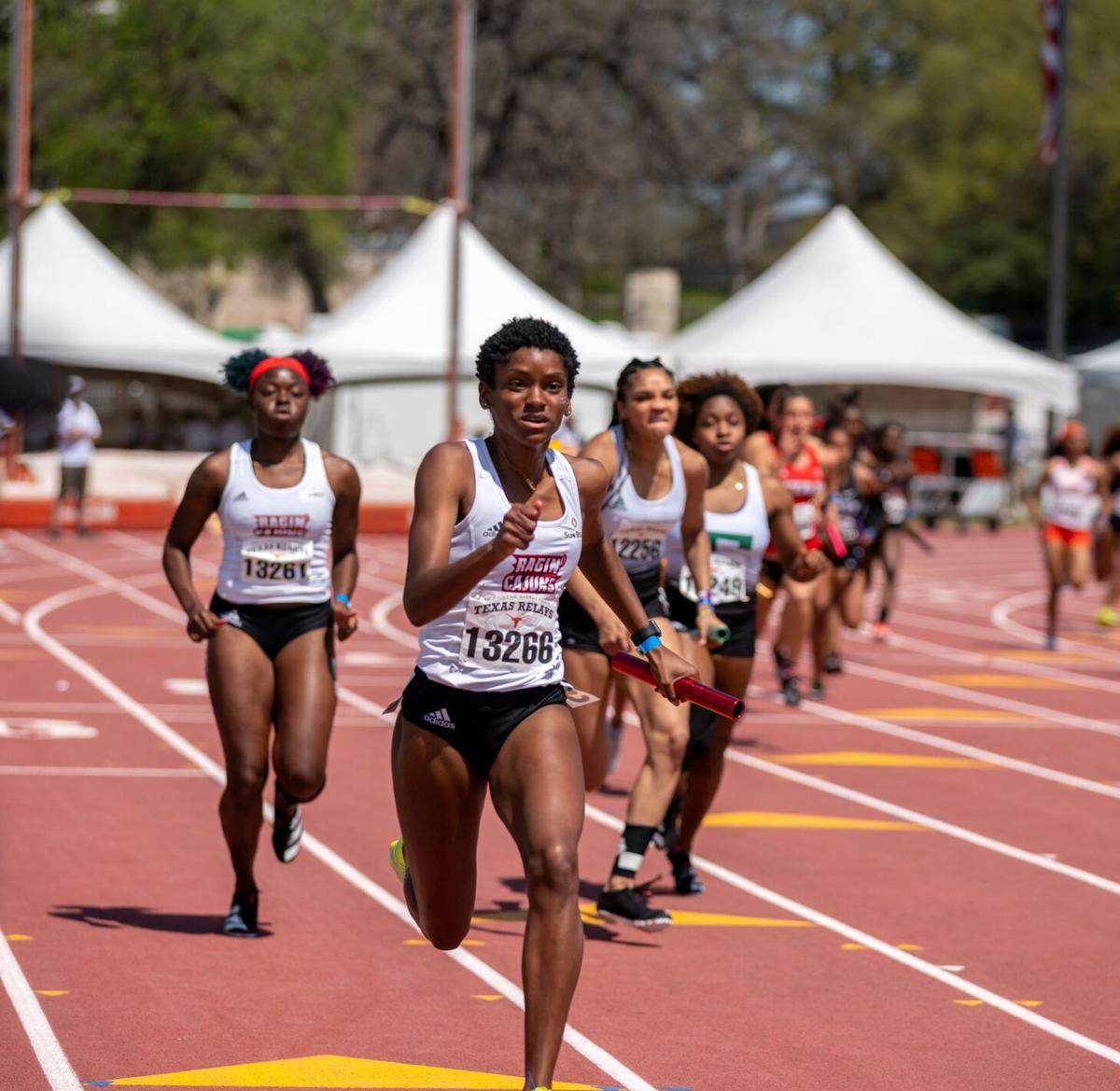 UL pole vaulter Cole Courtois of New Iberia will be making his second trip to the NCAA track and field championships in Eugene, Oregon next week.

UL freshman javelin thrower Maria Bienvenu of Natchitoches picked up on her new sport of track and field in a hurry.

UL junior college hurdler Yves Cherubin qualified for the NCAA for the Cajuns this season despite picking up on the event late in his career.

For the seven UL track and field athletes heading to NCAA national meet in Eugene, Oregon next week, it’s more than just a little exciting.

The fact that five of the seven are freshman really have Ragin’ Cajuns track coach Lon Badeaux and his staff even more thrilled about the program’s future.

The team will fly there Monday and competition begins with the men’s pole vault on Wednesday.

“Coming off that COVID year last year when we thought we had some pretty good teams, especially lined up for outdoor, it was kind of downer for us,” Badeaux said. “So coming into this year, I was kind of adding those expectations we had last year onto this year. And honestly, they were very high.

Of the four events UL athletes qualified, two of them set school records in the process.

One was from junior hurdler Yves Cherubin, a junior from Pratt Community College via Fort Lauderdale, Florida.

It’s also quite a feat for someone who didn’t run track until his junior year of high school. A high school buddy asked him to do the hurdles and Cherubin’s first reaction was normal.

“I was like, ‘Ehhh, it kind of looks scary, I don’t want to hurt myself and fail,’” Cherubin remembered.

He tried it and won his first meet. Last week in Jacksonville, Cherubin was especially thankful to his old friend when he broke Larry Moore’s 29-year-old record in the 110 hurdles with a time of 13.65.

“I’d say it how fast you can run in between the hurdles,” he said. “I’d say over the top with the hurdles doesn’t really matter, because you’re in the air, so you can really control that, but as soon as you hit the ground you’ve got to go, so you can get the next hurdles as fast as you can.”

The other record-setters was the freshmen quartet of Kennedy London, Ta’La Spates, Kiana Foster and Serenity Rogers with a 4x100 relay time of 44.39 time in the East preliminary, besting the 1993 record of 44.80 set by a memorable relay team including Twilet Malcolm and Keisha Ray Owens.

“It’s a great feeling,” said Foster, who is from Loranger. “I wasn’t expecting us to make it so early, because we’re so young. I wasn’t expected it so soon. All we have to do it do what we do, run our race and we got it. We all did what we had to do – put everything together. We still have minor things to work on, but we’re going to get that straight and we’re going to compete with the best of the best and put UL on the map.”

For the Brusly High product in Spates, establishing the new record goes all the way back to winning the 4x100 at the Texas Relays earlier this season.

With that kind of motivation, Spates is convinced the trip to Oregon isn’t just about gaining experience for future trips.

“I feel as though going into Eugene, our mindset is the same way,” she said. “I think we’re ranked 33 going into regionals to 12. Yeah, we’re competing against the best of the best, but we’re not going to come all the way out here to disappoint. We’re trying to establish our goals and break our own record again possibly.

When we put our minds to something, I have no doubt about what we’ll do in Eugene.”

For the record, Carencro freshman Johneisha George is also making the trip as an alternate for the 4x100 relay squad.

Bienvenu qualified eighth with a personal-best mark of 167-10 on her first toss at the NCAA East Preliminary in Jacksonville, Florida.

“That was my first throw … with that one, it eased a lot of pressure off of him,” Bienvenu said. “From there, it was just working on the technique to be consistent with that throw or go higher than that.”

With this being her first year of throwing the javelin, the future looks even brighter for the women’s program.

“You never expect to see how far it goes, but once you heart that number, it was pretty exciting to see all that hard work come into it,” said the first-year track athlete.

“With help from coach Terry (Hughes) and all my teammates, they really helped me understand the world of track and push me. I used that to motivate me and I figured it out from there.”

The only one of the seven making a return trip to Eugene is junior pole vaulter Cole Courtois of Westgate High in New Iberia.

Courtois qualified fifth with a leap of 17-6.5, which was a personal best as a Cajun, but shy of his best mark set at Louisiana Tech prior to transferring.

“Last time, it was mind-blowing,” Courtois said of his first trip to Eugene. “The whole time I probably had butterflies in my stomach. I had jitters. It was really nervous-wracking, but then once I got really into the groove of the competition, it was a completely different competition than it is when it’s just a regular track meet. You’re really pushing your limits and you just need to be better at those really high-end meets.”

So perhaps even more than his teammates, Courtois is looking to place.

“I’d say my goal is to be first-team All-American,” he said. “Last time, I didn’t quite get there, so that would be my main focus this year.”