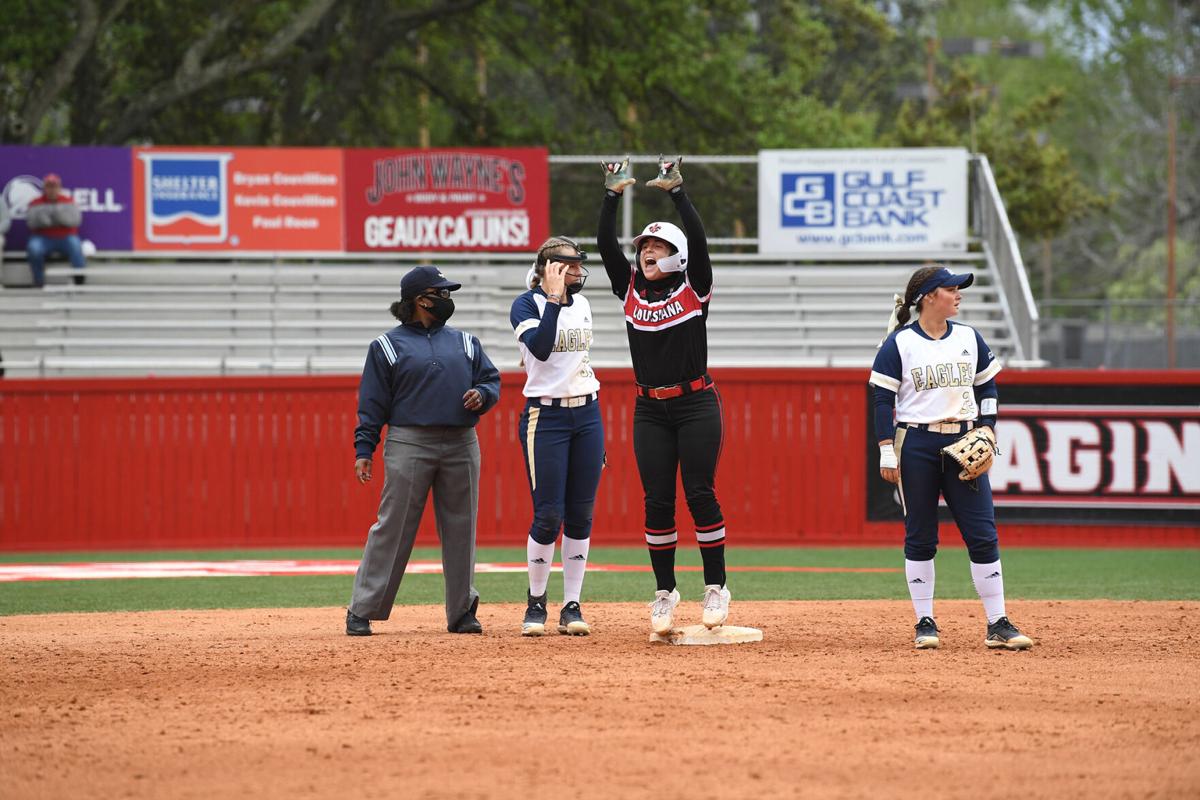 UL freshman catcher Sophie Piskos has helped the Cajuns with her high-spirited approach to the game. 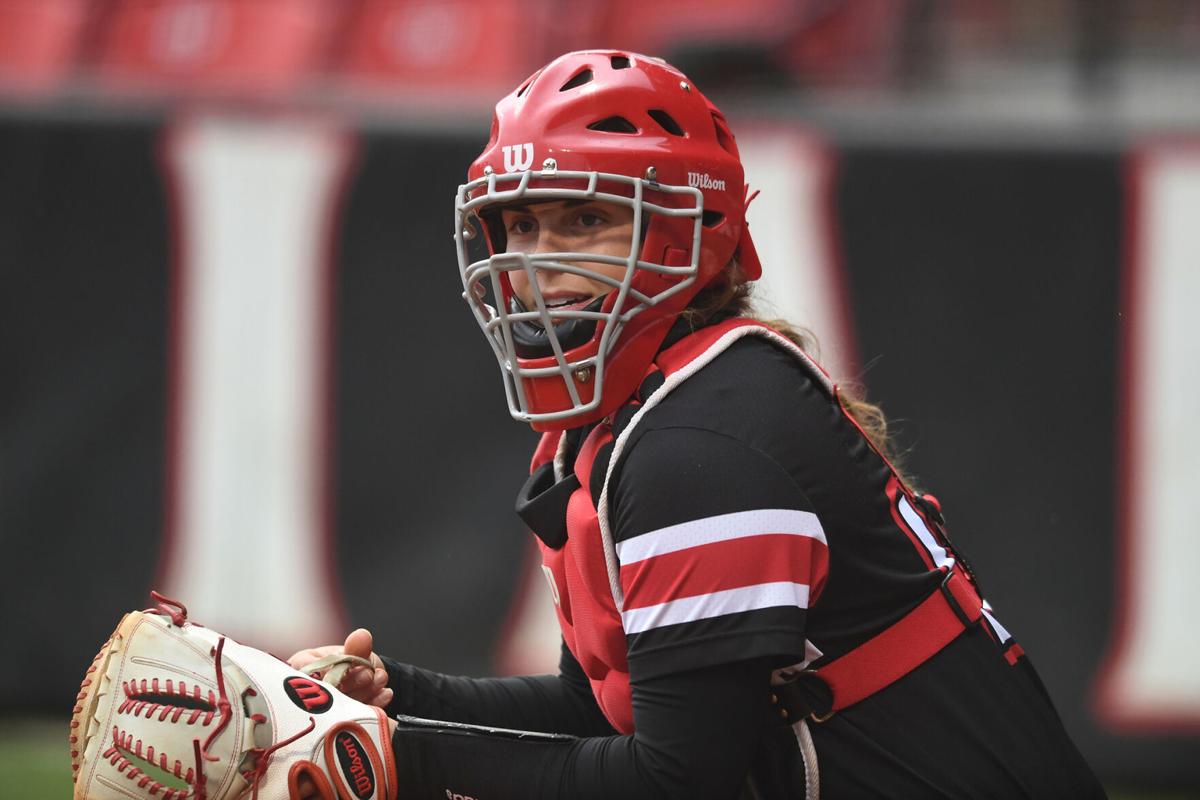 UL freshman Sophie Piskos has proven to be a solid catcher defensively. 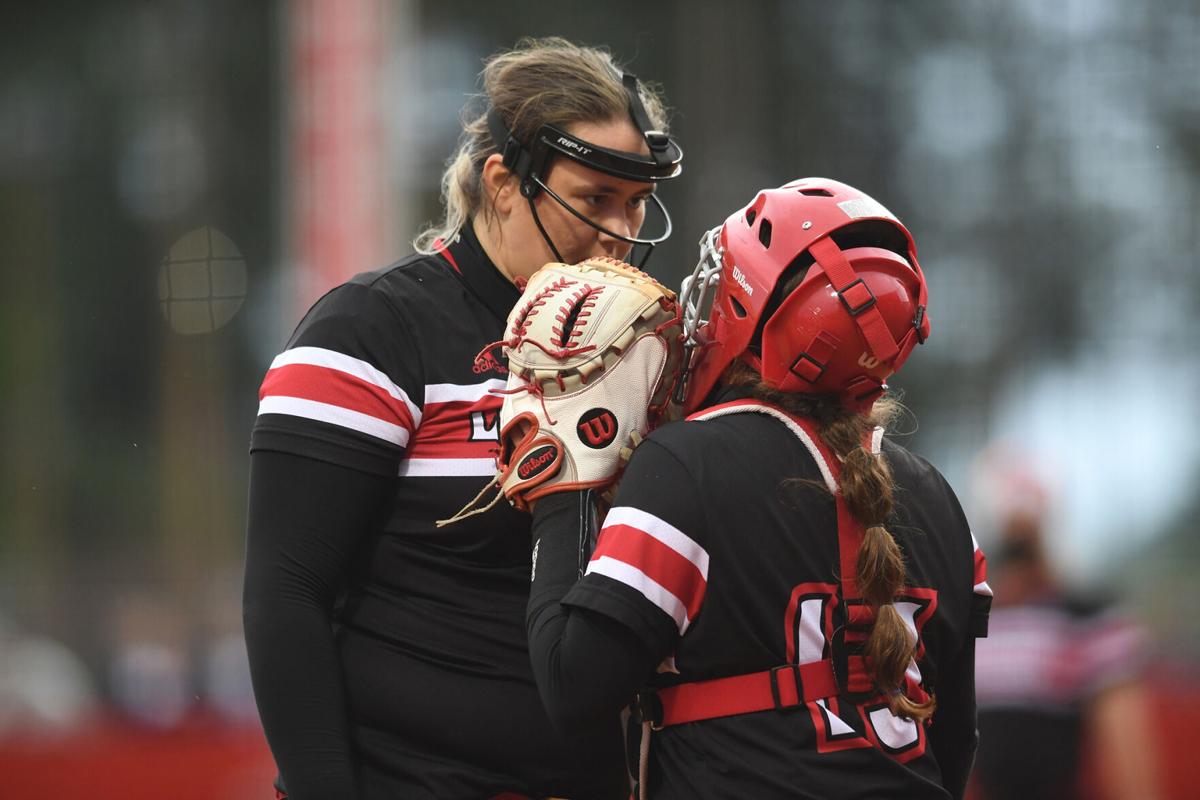 UL catcher Sophie Piskos has quickly become one of the team's best teammates.

UL freshman catcher Sophie Piskos has helped the Cajuns with her high-spirited approach to the game.

UL freshman Sophie Piskos has proven to be a solid catcher defensively.

UL catcher Sophie Piskos has quickly become one of the team's best teammates.

For UL softball coach Gerry Glasco, having to ask freshman catcher Sophie Piskos to remove her redshirt season midway through the season for the sake of the team was agonizing.

For Piskos, it was a piece of cake.

Even more specifically, it gave her one of the joys of her young life.

As the coach, Glasco was thinking of all the many facets of such a decision. As a 19-year-old freshman, Piskos was excited to do more than just cheer on her teammates.

“With the team we have and the talent we have, it’s amazing,” she said. “My teammates are so talented. Just to be able to step out on the field with Julie Rawls, Alissa Dalton, Summer Ellyson, Kandra Lamb, Ciara Bryan – just all of them … They’re just amazing athletes, just great personalities, just great people altogether.”

So when Glasco brought Piskos and her parents into his office in between Sunday afternoon games two weekends ago, her decision was already made.

“I told him (in January) you can redshirt me or you can play me, it is your decision,” said Piskos, who has delivered a double, triple, homer and three RBIs in 21 at-bats since being activated. “If you need me to play, I will play. I’ll do whatever the team needs me to do.”.

So when the injury the starting catcher Julie Rawls continued to get worse, and Glasco looked her way and asked her if she could play.

Her parents agreed, so she made her Division I debut that Sunday evening.

“I didn’t want to do it without talking to both parents,” Glasco said. “I think it’s a big decision. This time of the year when you’re the head coach, there are a lot of other implications.”

For example, the coach feels a commitment to play an athlete that sacrifices for the good of the team, especially a player as well-loved as Piskos, who said she was willing to do it no matter how many games she’d played.

“You can tell by our dugout, the kids just absolutely adore her,” Glasco said. “As a teammate, she’s very giving. She helps any way she can – carries baggage, warms up everybody. The kids are thrilled about her coming in and playing.”

In fact, when Piskos walked up for her first at-bat, Glasco tried to calm the dugout down in hopes of taking some pressure of his young catcher.

The truth is, though, Glasco had helped prepare her for that moment more than he realized.

Even before he asked, the native of Paris, Tennessee was already operating off some instruction Glasco gave her after a January practice.

“He looked at me and said, ‘A redshirt is not a vacation. It’s a time when you get better. You always be prepared. You never know when we’re going to need you.’

“That whole time, I was getting better.”

But what if Piskos got off to a poor start at the plate, or just wasn’t ready behind the plate?

“At 15-for-30, we don’t have a problem, she’ll be in the lineup every day, but if she gets off to a cold start and she starts pressing and you burnt that redshirt year, there’s just a lot to (consider),” Glasco said.

Fortunately, her value goes behind statistics.

While getting on the field was allowing Piskos to have the time of her life, she likely didn’t realize the huge emotional lift she was giving her team. Through all the injuries over the first half of the season, the level of stress and uncertainty was high since the opening weekend.

“She’s that athlete, she plays with intensity like a Pete Rose,” Glasco said. “She reminds me a lot of that little Alabama third baseman (Kelley) Montalvo (2006-09). She’s a high energy kid.

“That’s good for our team that this point in the season where we’re at the halfway mark – midterm classes and a lot of stress on the ball club – and then to have the kid come in as a freshman just relishing every minute of practice and every minute of games, bringing that good spirit that comes with being a good freshman. We needed that. We need to infuse our dugout.”

“You never know what could happen,” Piskos said. “Be ready for teammates who are hurt and that need a smile every day. Just try to lift people up when they need it. Try and be positive. Even in dark moments, there always need to be a positive light.

“I always just try to be positive and bring a lot of positive energy. Even when we lost (injured starters) Raina (O’Neal) and Taylor (Roman), they still come in our dugout and they make you crack up. They’re always loud and cheering you on.”

Piskos was also excited about the long road trip UL embarked on a week ago – heading to Georgia State before going back west to Texas and now east again to Alabama.

“You get to know people on the road,” Piskos said. “It can be stressful sometimes, but it’s all part of the journey.”

With her bubbly personality, which ever direction her freshman season goes, Piskos knows she’ll be having a ball.