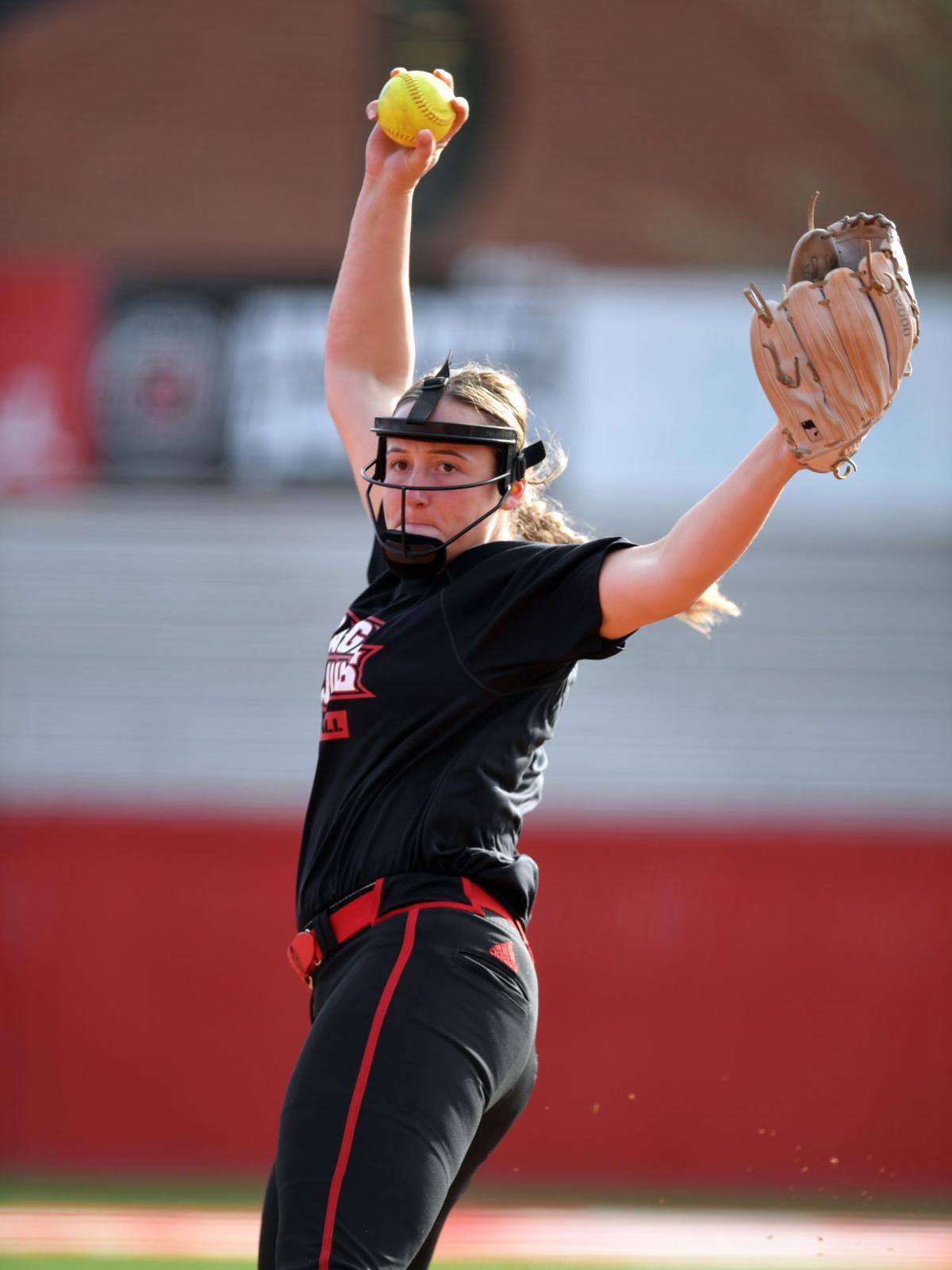 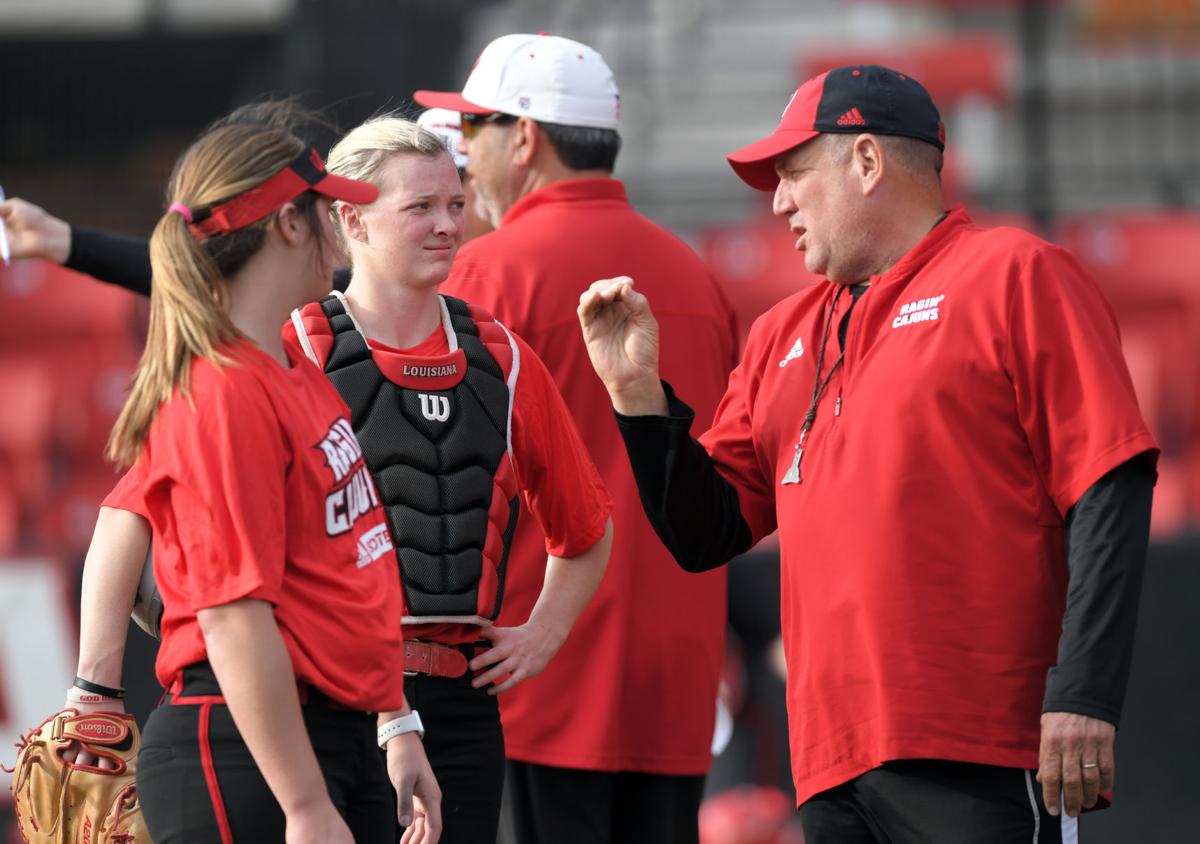 That's probably true for other coaches around the country, but for different reasons. For the Ragin’ Cajuns’ third-year coach, it's pure excitement.

“I was up all night last night,” Glasco said after practice Wednesday. “I’ve never had a team like this.”

Glasco’s 2020 team began preseason camp on the same day UL’s football season ended, with expectations that couldn’t be much higher.

“We haven’t talked about winning the national championship, but we’ve talked about the expectation of going to the World Series ,” Glasco said. The team is determined not to focus on that, however. Instead, Glasco said, they are focused on working hard every day.

“Because the expectations are so high and the talent level is so high, you have to be aware of how important it is to so many people. It gives you a reason to work hard every single day.”

A year ago, the Cajuns were 52-6 but lost to Ole Miss in the finals of the Oxford Regional. As many as six starters have returned, plus they've added several talented transfers.

That’s a lot to build on, but the primary reason the expectations are so high is adding two-time All-American pitcher Megan Kleist from Oregon to complement returning UL ace Summer Ellyson.

Excitement has been building since the the former Pac-12 Pitcher of the Year  announced her transfer in December 2018. In the original plan, Kleist would have joined UL a year ago, but then her plans changed for educational reasons.

“It was tough,” Kleist said. “I’m not going to lie, probably one of the hardest years of my life. Just making the decision that was best for me at the moment. If I would have come here last year, I would have had to take a lot more classes. So educationally, it was a smarter option for me.”

Watching her former teammates go through senior day activities from the outside was “super hard” for the 2018 first-team All-American pitcher.

Now with a fresh start in Cajun Country, it’s been quite a transition for the Wisconsin native who spent the past four years in Oregon.

“It’s definitely interesting,” Kleist laughed. “I came here this fall, and I was dying slightly.”

What has gone well so far is building relationships with her new team, especially the pitching staff.

“I think our personalities really gel,” Kleist said of Ellyson. “We get along even on the tough days. Even when some of the bullpens are a little bit harder and we’re sore, we joke about it and make light of the situation, which is nice. It’s kind of refreshing knowing that we’re all in this together and we’ve got to complement each other somehow.”

For any fans concerned about the egos clashing with two aces, fear not. Kleist was never a one-arm staff at Oregon and actually relishes being part of a team.

“We’ll be complementary to each other, and all the other pitchers on the staff kind of have something else to offer, which is good,” said Kleist, who was 21-7 with a 1.32 ERA with 221 Ks in 179-2/3 innings in 2018 at Oregon. “You don’t really want to go to a university where you’re going to have the same exact pitcher over and over again.”

Is there a reason to worry after having to sit out a full season?

“It’s kind of like riding a bike I’d like to think,” Kleist said. “Obviously I’m not going to know until that first pitch is thrown in that first game, but during practice nothing feels different, which is refreshing.”

Fall seasons can at times be a little more laid back than  the spring for some softball teams.

Kleist also has seen what all the fuss is about with this year’s UL roster.

“I have,” she said. “Even these first couple days back, it’s been very crisp. Sure, we’ve dropped a couple of balls, but that’s something that can be taken care of with reps. But looking at the hitting and looking at the fielding, I have no doubt in my mind.”

Furthermore, all the pressure being placed on this team doesn’t worry her.

“I want to be a part of it,” Kleist said. “Pressure is kind of a privilege. I want to be that person out there. I want to be the person holding that ball that gets us to the World Series. If I’m not, it’s OK too, because I know somewhere along the line my role played a big part in getting the girls where they need to go.”

With the pitching seemingly in great hands, there are still a few issues that need to be resolved in January practices before the Feb. 7 season opener against Ball State.

“I think it’s critical,” Glasco said. “I think January is huge. The preseason is really big.”

UL softball coach Gerry Glasco announced on Wednesday the addition of Kaitlyn Alderink, a graduate transfer from Texas A&M, to the Ragin' …

Missouri transfer Callie Martin decided to leave the program. That moves Sarah Hudek back to left field and opens first base as a landing spot for Carrie Boswell, who didn’t really have a position despite leading the team with RBIs and in walks in the fall.

Developing leadership is also a key, although Glasco said Hudek and Julie Rawls have joined key reserve Morgan Gray in handling those duties.

“Morgan Gray really a leader on our ball club,” Glasco said. “She’s become really important in our leadership pyramid, very much like Alison Deville (last season). The kids look to her.”

Also causing Glasco to bounce off the walls with excitement for the start of the season is the surprising returns to health for Brittany Holland and Camuso.

Holland is a potential option at second or third, while Camuso figures to play at first base or right.

“Holland looks like a different athlete,” Glasco said. “She wasn’t moving well at all in November and December.”

There are so many who just can’t wait for the start of the 2020 UL Ragin’ Cajuns softball season.