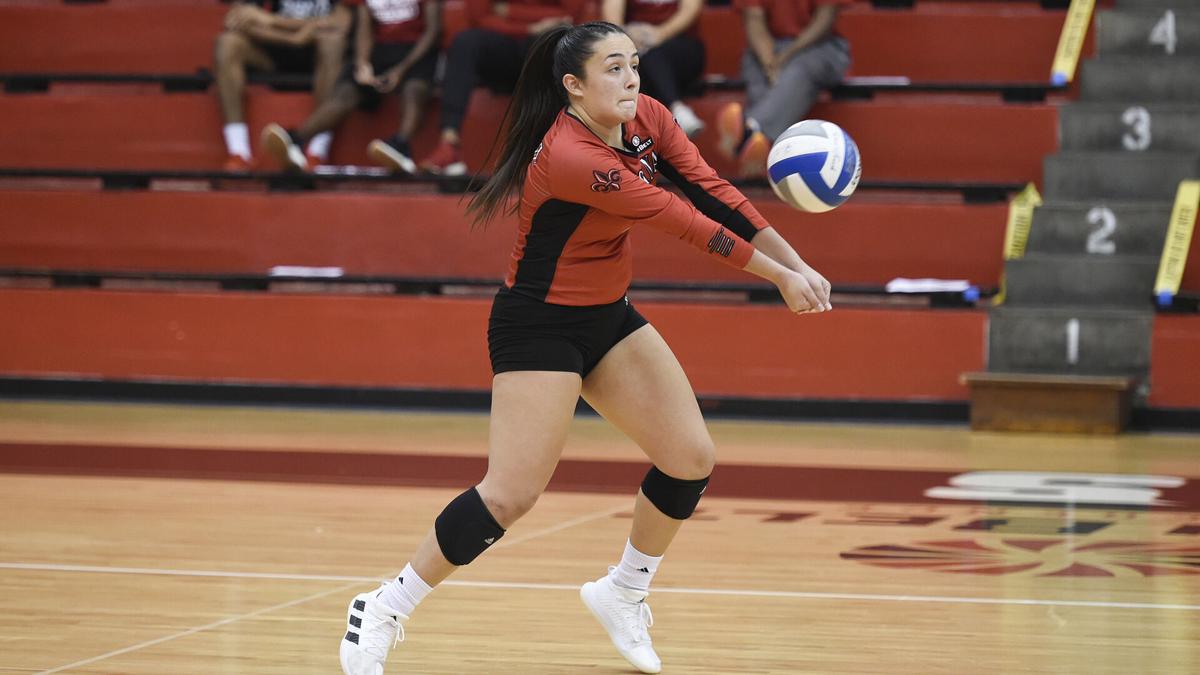 UL libero Hannah Ramirez and the Ragin' Cajuns volleyball hope to finish out the banner 2020 season in style at the Sun Belt Conference Tournament this week. 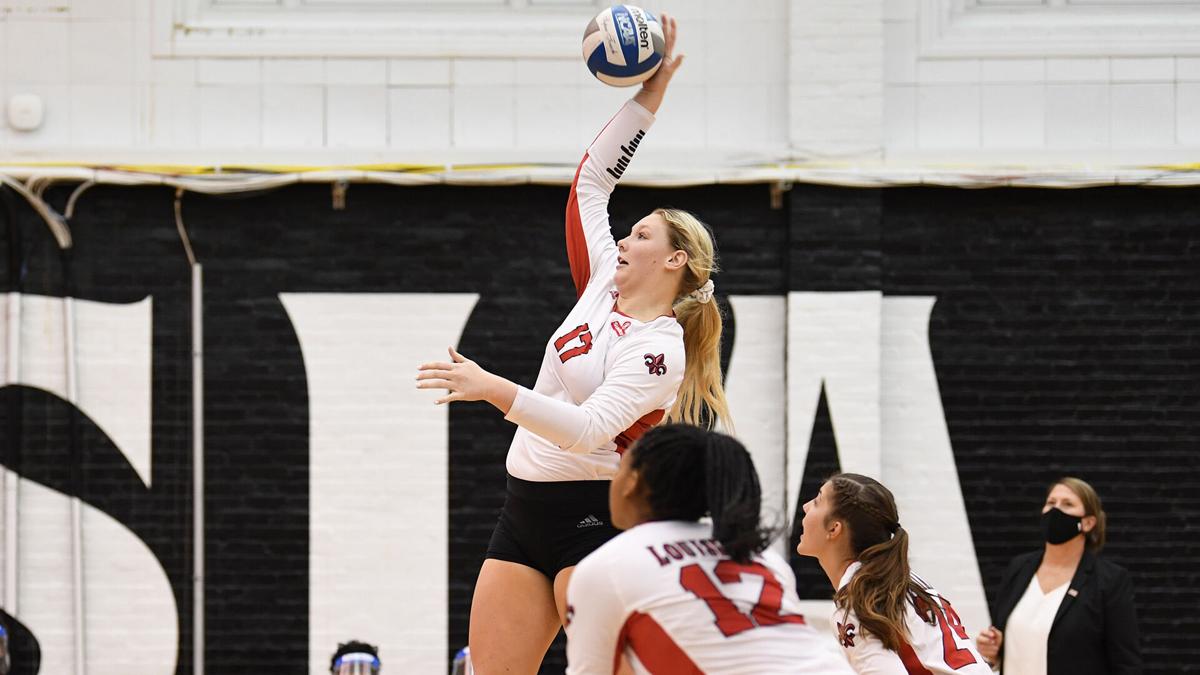 UL outside hitter Hali Wisnoskie leads the nation in points and kills heading into the Sun Belt Conference Tournament this week in Foley, Ala.

UL libero Hannah Ramirez and the Ragin' Cajuns volleyball hope to finish out the banner 2020 season in style at the Sun Belt Conference Tournament this week.

UL outside hitter Hali Wisnoskie leads the nation in points and kills heading into the Sun Belt Conference Tournament this week in Foley, Ala.

To end a very different volleyball season, UL’s Ragin’ Cajuns will wrap up their fall schedule in a different Sun Belt Conference Tournament.

The Cajuns (17-5, 11-5), who were limited to a handful of early-season, nonconference matches and to play against only their Sun Belt West Division rivals during the season, will be part of a 12-team multiple-format tournament that begins Wednesday at the Foley Sports Tourism Complex in Foley, Ala.

Because of the coronavirus pandemic and its effects on scheduling, the league tournament will include all 12 teams for the first time. Teams were divided into four three-team pools based on regular-season performance for three days of pool play. The winners of each pool will advance into Saturday semifinals. The championship match is at 1 p.m. Sunday.

Cajunscoach Heather Mazeitis-Fontenot doesn’t hide her excitement about the tournament, in part since it will be her team’s first look at any Sun Belt East Division squad with the exception of two early nonconference matches against South Alabama.

“We’ve been trying to follow what’s been going on over there,” Mazeitis-Fontenot said of the league’s East play, “but all the film and everything you look at isn’t the same as being on the court and seeing them first-hand. That alone is going to make it fun for us.”

An example: Mazeitis-Fontenot said she expects her team to be at the Foley arena most of the time during tournament matches, because the COVID-19-mandated headquarters hotel is adjacent to the sports complex.

“They’re going to be over there watching all the matches, I’m sure,” she said, “especially since we’ve got a free day in between.”

The Cajuns are the No. 2 seed in the West Division behind two-time, regular-season and tournament champion Texas State — a heavy favorite to make it three straight titles. UL is in a pool with East No. 3 seed Georgia State (8-10, 7-9) and West No. 5 seed Arkansas-Little Rock (4-13, 4-12) and will meet UALR on Wednesday and Georgia State on Friday in noon matches.

If the Cajuns win their pool matches, they will likely face East Division winner Coastal Carolina in Saturday’s 4 p.m. semifinals. Coastal (16-0, 16-0) swept its East rivals but played no matches outside its division in the regular season. The finals are at 1 p.m. Sunday.

Because of COVID-19 regulations, teams will operate pass lists for tournament admission with no other spectators admitted. All spectators will be required to wear masks at all times inside the complex.

“Things have been obviously very different this year,” said Mazeitis-Fontenot, in her 13th year and the all-time winningest coach in program history. “But the important thing is we’re getting to play and we’re ready to compete for a conference championship. We’re not taking that for granted, and that’s why we’re embracing this tournament.”

Most of the country’s collegiate teams are in the Cajuns’ position. Of the nation’s 32 leagues, only four — the Atlantic Coast Conference, Big 12, Southeastern Conference and Sun Belt — are playing fall schedules. Of those, only the Sun Belt and Big 12 will crown a champion during the fall. All other leagues will play matches in a spring season that runs Jan. 22-April 3 before the NCAA selects its 48-team field April 4, and play from fall and spring seasons will be considered for those selections.

Mazeitis-Fontenot said she’s already talked to her team about the importance of this week’s tournament.

“The first goal is to win the tournament,” she said, “but we also want to go there and play well and put ourselves in a position for a possible at-large spot if we don’t win. We’ve done that by getting into the poll earlier this year (the Cajuns were ranked as high as No. 15 in the American Volleyball Coaches Association poll in mid-October).”

UL won its three regular-season matches against Little Rock in late September, all played in Little Rock with two of the three being straight-set wins. Because teams did not play across divisions, UL did not face Georgia State, but the Cajuns have won their past five matches against both the Trojans and the Panthers.

“All three of those matches were really tough,” Mazeitis-Fontenot said of the wins over Little Rock. “We know that every match we play in this tournament is going to be just as tough.”

UL enters the tournament leading the nation in team attacks and digs and ranked second in kills and assists. Senior outside hitter Hali Wisnoskie tops the country in points (337) and kills (302). Junior outside hitter Kelsey Bennett is third in kills (252). The Cajuns have two other national leaders with senior Avery Breaux tops in assists (887) and senior libero Hannah Ramirez the leader in digs (417).