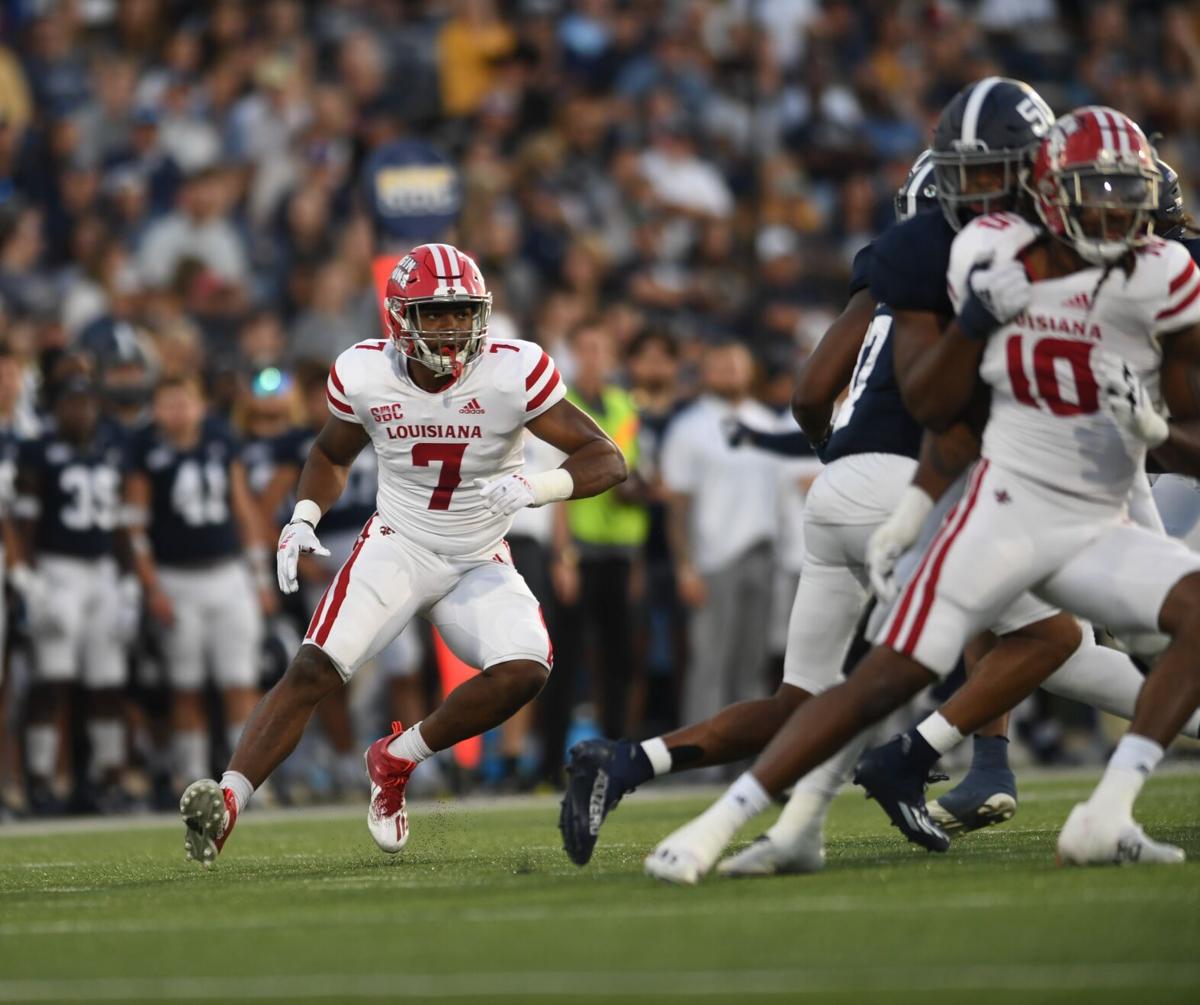 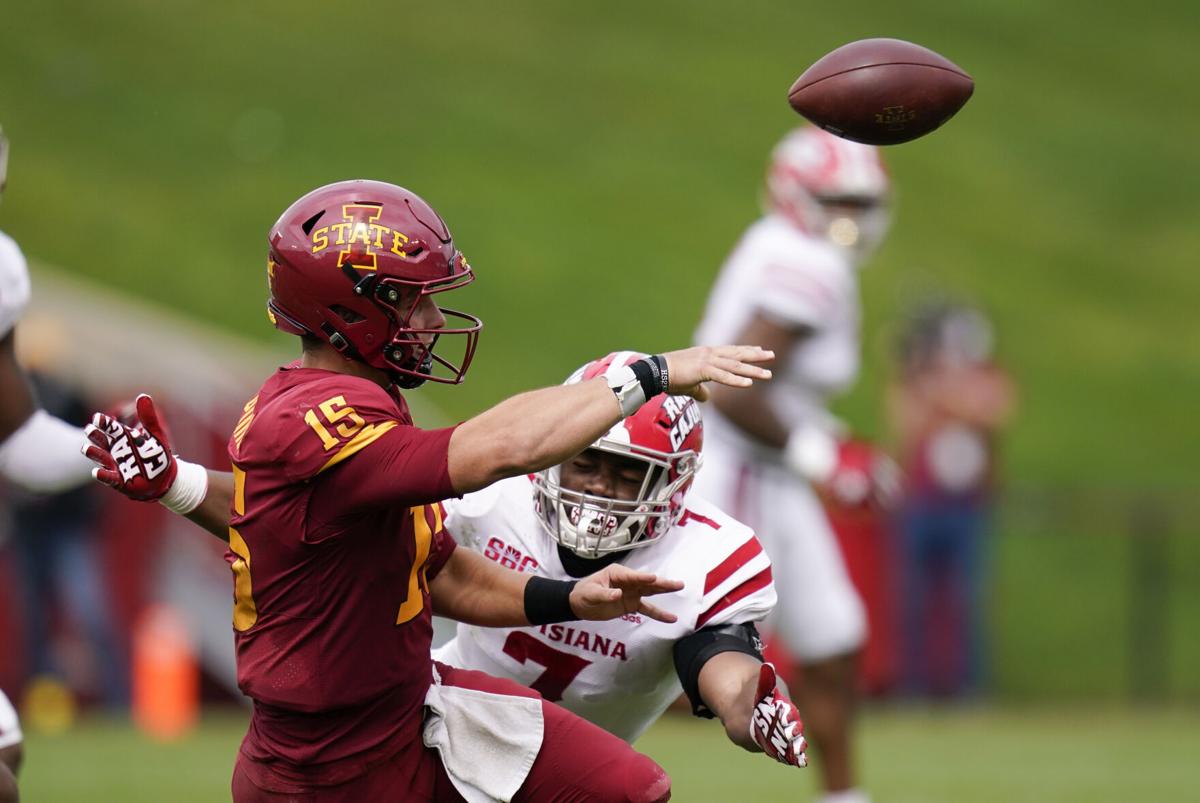 It’s something all coaches at all levels say about preparing for option running games.

But Napier, his coaching staff and all the Ragin’ Cajuns fans were certainly happy senior linebacker Ferrod Gardner was one of those individuals on the field in Statesboro, Georgia, this past weekend.

Yes, it required a team defensive effort to force the Eagles’ offense into four turnovers on downs in the second half, but Gardner led the way.

“He was one of our players of the game,” Napier said. “Ferrod not only is a production type of player, but also his presence there as a veteran player and his ability to lead, his ability to communicate and certainly overall just his intelligence … he makes the other players around him better.”

Gardner led the Cajuns in tackles with 11 total stops, including two behind the line, half a sack and another quarterback hurry.

His leadership skills were tested early.

“First of all, they came out with a 10-play, 11-play drive,” Gardner said. “They really drove the ball down the field. We just had to wake up.

“After that, we had like five consecutive drives with three and outs. We just starting clicking. We started communicating a lot more, and just brought that juice — brought a little more energy. Just starting making plays and just started feeding off each other.”

Following Saturday’s 28-20 win largely provided by the defense’s performance in the second half, Gardner was all smiles.

His super senior season hadn’t started out as planned. He got injured in the opener at Texas with just three tackles under his belt and missed the next two games.

“That was one of the things I missed the most, feeding off that energy and just being able to go out there and play dominant with my guys,” Gardner said.

And it wasn’t a surprise the teammate yelling the loudest in his support during Gardner's postgame interview was linebacker colleague Lorenzo McCaskill.

“He’s a great teammate on and off the field,” McCaskill said of Gardner. “We have similar stories off the field, so we really relate to each other.”

Foote: Cajuns have to put teams away when chances arise

There were a lot of good things to say about every area of the UL squad after Saturday’s 28-20 road win against Georgia Southern.

McCaskill also played a big role in the win with seven tackles, the other half of Gardner's sack and 1½ stops behind the line.

One play in particular was the highlight of Gardner’s memorable return to the lineup.

Georgia Southern was playing a third-and-5 from UL’s 39 in the fourth quarter. Dual-threat quarterback Justin Tomlin rolled to the right and appeared headed for a first down, only to be dragged down from behind by Gardner for a loss of one to set up a turnover on downs.

“Coach (Patrick) Toney called a play for me actually,” Gardner said. “I came in and I got set, so I’m sitting there trying to read the quarterback. He ends up bouncing the ball out and I just, ‘Go get him.’ The instinct in my head, just go get contain. Even though that wasn’t my job, l was just going to get him and I ended up getting him down."

UL’s special teams have had their ups and downs thus far this season. The kicking game was certainly on point Saturday at Georgia Southern.

That play was a prime example that while the defense indeed played as a unit, it still comes to individual battles being won.

“Coach Toney always preaches to us, ‘Win your junction point,’” Gardner said. “Third down is a perfect opportunity for that. Everybody needs to win their one-on-one. If everybody wins their 1-11, there’s no way we can lose on third down. And third down is the money down. Third down, you’ve got to get paid. It’s win and get off the field.”

Gardner’s won a lot of those battles in his career. Last season, he accounted for 74 total tackles, including seven stops behind the line and 4.5 sacks.

“He’s got great play strength for a guy that’s maybe a little bit undersized,” Napier said. “He’s got knock-back ability. He’s very loose-hipped. He can accelerate and run, and he makes plays in the open field. In general, he’s a good player. He’s one of our best players.”

STATESBORO, Ga. — It wasn’t that UL quarterback Levi Lewis and the rest of the Ragin’ Cajuns offense didn’t appreciate the defense’s effort wi…