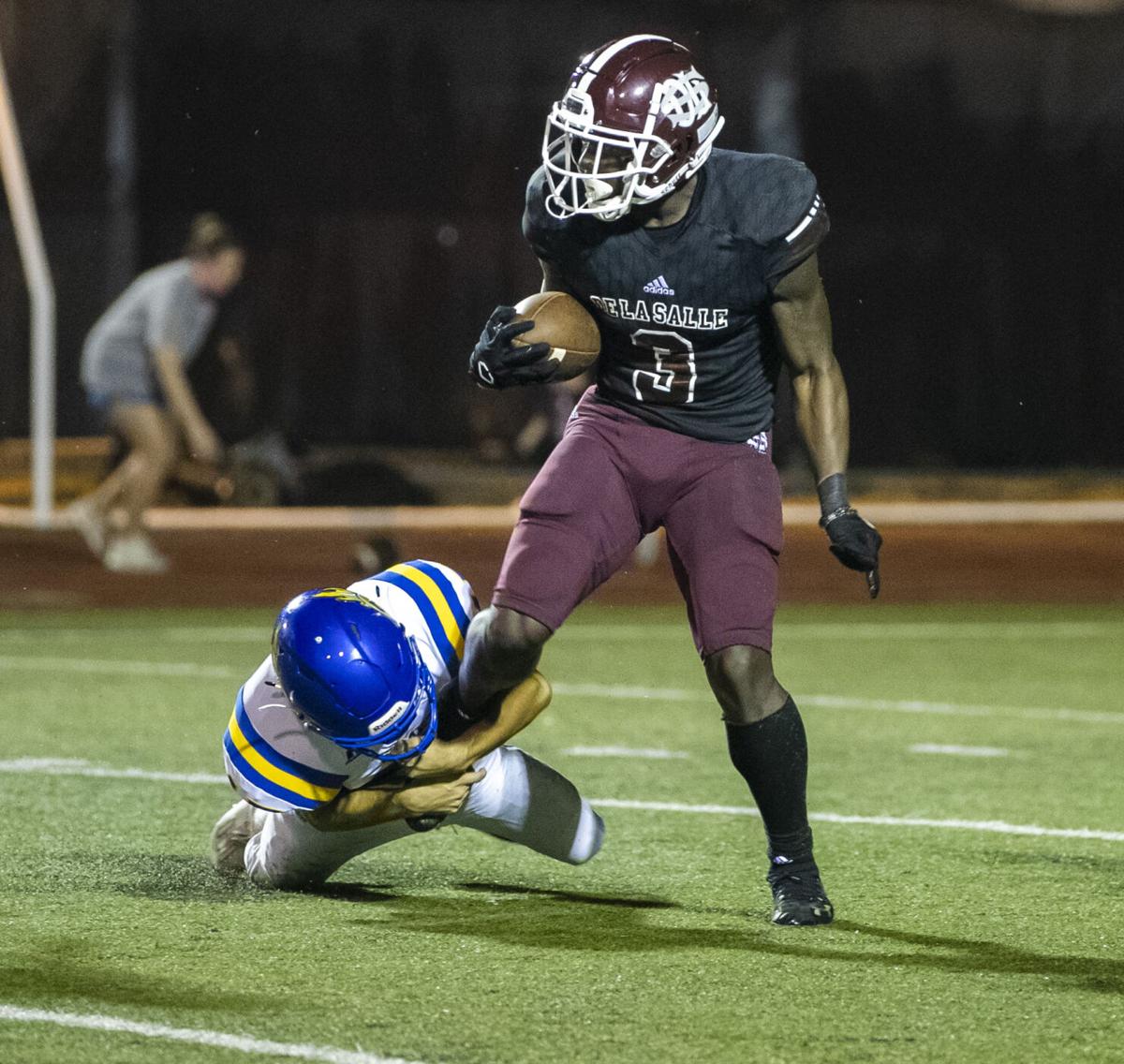 Former De La Salle running back Montrell Johnson (3) is among the freshman group trying to impress UL's coaches this summer. 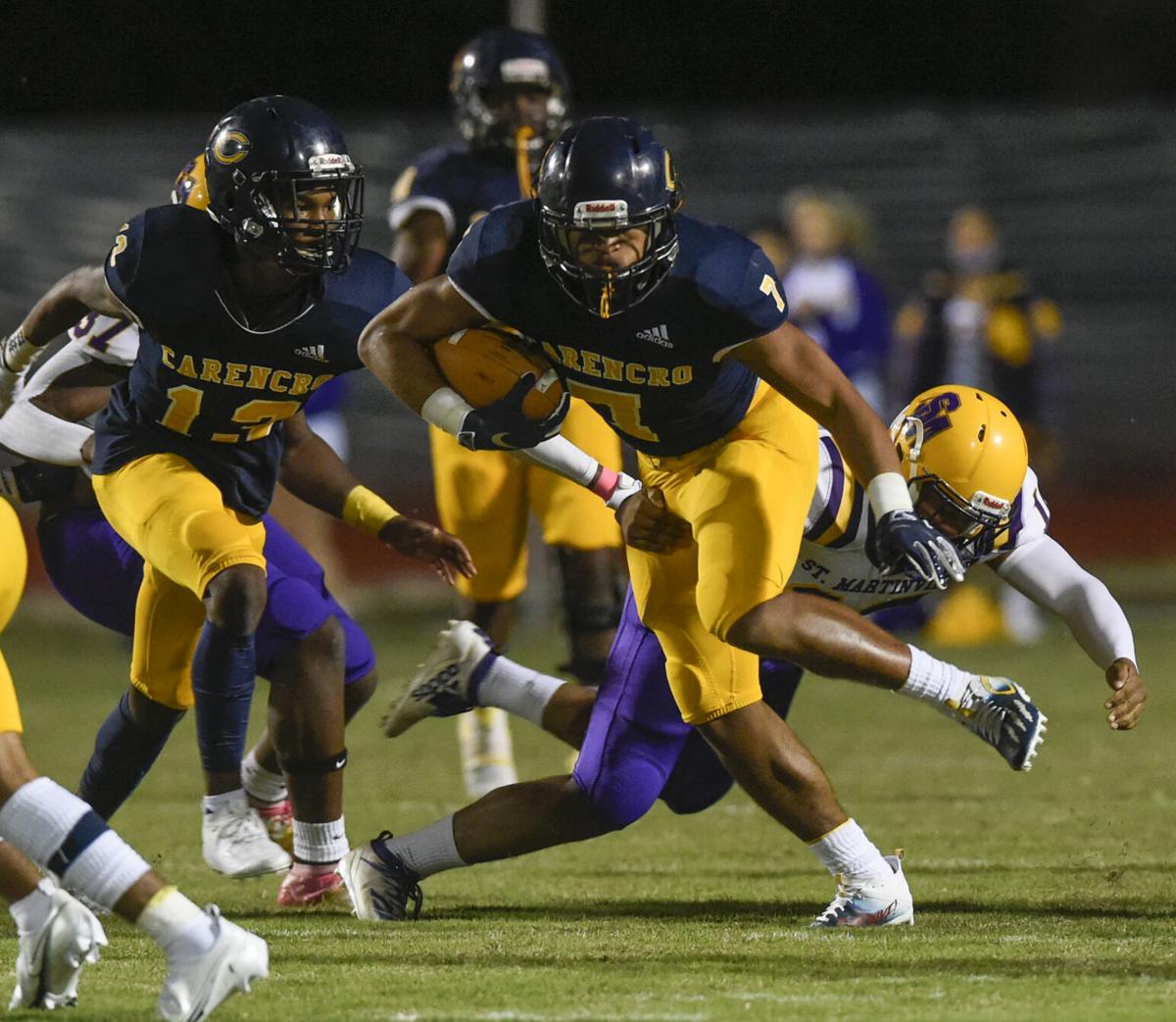 Former Carencro running back Kendrell Williams (7) will hope to earn some playing time as a freshman with his performance this summer for the UL Ragin' Cajuns.

Former De La Salle running back Montrell Johnson (3) is among the freshman group trying to impress UL's coaches this summer.

Former Carencro running back Kendrell Williams (7) will hope to earn some playing time as a freshman with his performance this summer for the UL Ragin' Cajuns.

When the UL Ragin’ Cajuns opened up the summer program last week, one of the biggest underlying themes for the upcoming fall football season began to unfold.

The race to fill the open spots in UL’s offensive backfield is now officially under way.

Technically, it began in the spring, but that was an incomplete competition.

Transfer Jacob Kibodi was just learning the new system and didn’t play in the spring game.

Redshirt junior T.J. Wisham played, but was still not able to absorb contact due to wrist surgery that caused him to miss most of last season.

But the biggest reason is the four incoming freshmen hadn’t get arrived. That happened on June 1 and now it’s their turn to impress.

“The good thing is I do think we’ve got some ability there,” UL coach Billy Napier said. “It’s going to be very competitive. We have some veterans that are returning to go along with Kibodi who joined the team at mid-semester and the four rookies that just joined the team.”

Most true freshman just arriving on campus in June would have very little chance to earn significant playing time, especially on a team as experienced as the Cajuns are.

But the running back position is a unique one.

If you’re a running back, you may not have to bide much time.

While their physical attributes and rushing skills are all impressive, it’s the mental side of the position that figures to be their biggest obstacle.

It’s about absorbing the mountain of information that’ll be thrown at them through June and July and being able to apply it in August training camp.

“You’ve got to get in position where they have the discipline to execute to do their job for the team,” Napier said. “We’re going to teach our system in ‘Summer I’ and then turn around and teach it again in ‘Summer II’ and then we’ll teach it a third time in training camp.

“Then each week going forward when the game plan gets narrowed down, it’s, ‘Can they digest that information and go out and execute and do their job?’ Let’s not make it any more complicated than that. That’s ultimately what it’s about.”

Chris Smith is expected to play the bell-cow role in that position room as the season begins, while Emani Bailey got the most significant playing time last season for all backs not named Elijah Mitchell, Trey Ragas or Smith.

There’s at least one job for the taking and possibly more.

“Now if you’re one of the 11 players that we get to put out there each play next year, then you’re earned it. That’s what they’re in the process of trying to do.”

The other veteran that got some playing time last season is Michael Orphey Jr.

“I think we’re getting some very, very talented young men,” Juluke said. “They have an opportunity to be very special. But this is college football, so they’re going to have to have a learning curve to be able to come out and contribute as fast as we would work them to.”