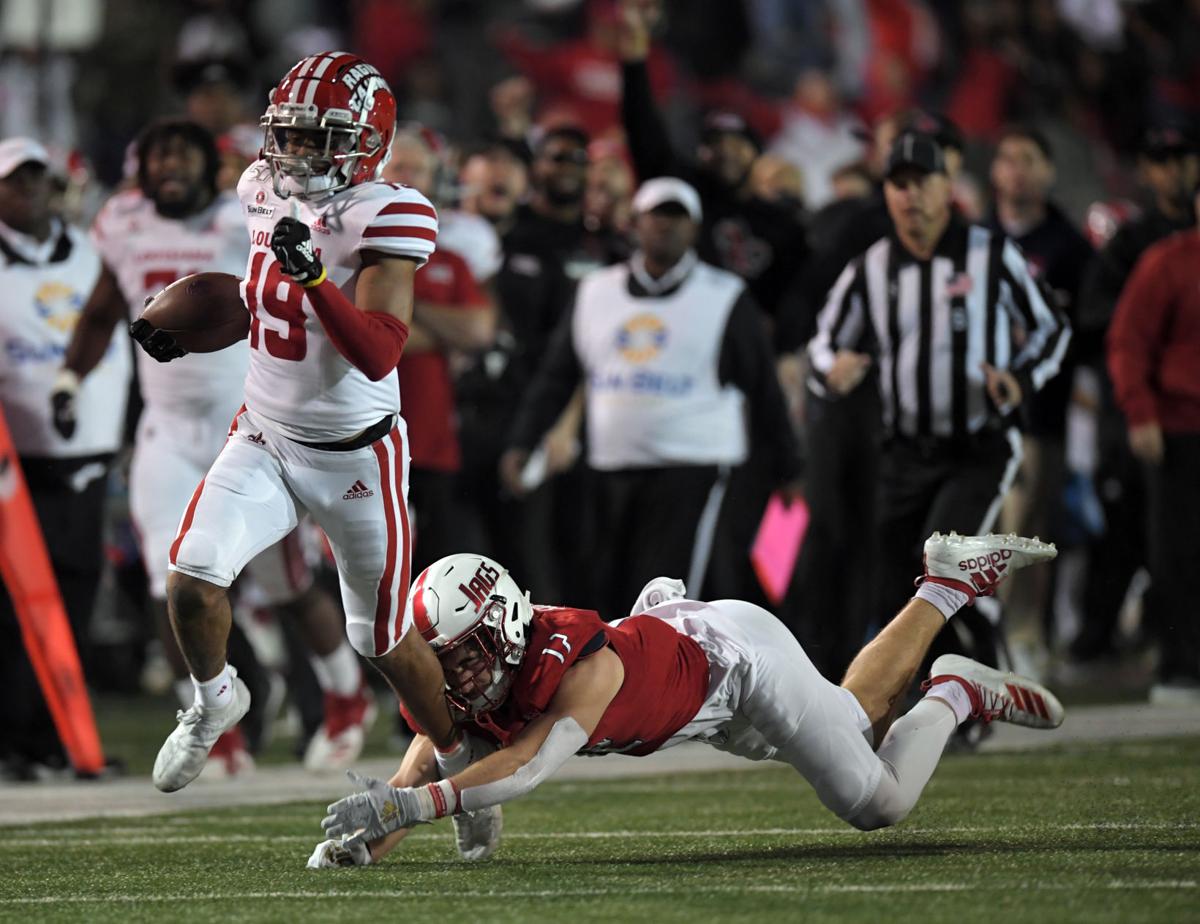 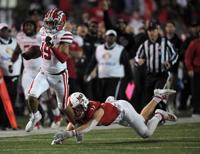 Mobile native Eric Garror (19) came through big for UL with this long punt return the first time the Cajuns visited Ladd Peebles Stadium in Mobile this season. The Ragin' Cajuns will now return to meet Miami of Ohio in the LendingTree Bowl at 6:30 p.m. Monday. 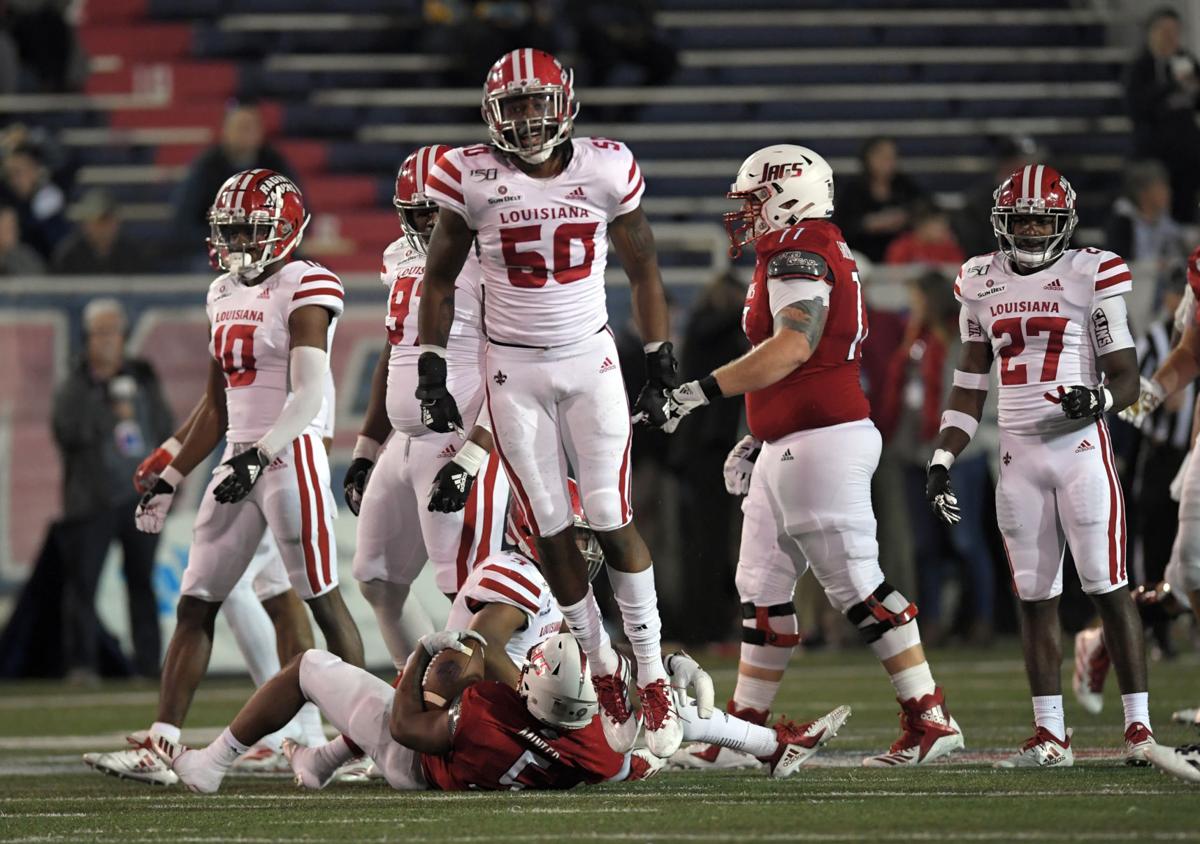 Mobile native Eric Garror (19) came through big for UL with this long punt return the first time the Cajuns visited Ladd Peebles Stadium in Mobile this season. The Ragin' Cajuns will now return to meet Miami of Ohio in the LendingTree Bowl at 6:30 p.m. Monday.

Perhaps it’s a measure of success for UL’s football team, or a sign of respect the Ragin’ Cajuns are receiving, that there are higher expectations than merely winning.

The Cajuns (8-2, 5-1) have won eight of their past nine outings, with all eight of those wins by double-digit margins, which made for questions that a struggling South Alabama team played UL closer on Saturday than in any other victory.

“This was a good team win on the road, maybe not as decisive as some people wanted, but it’s a good Western Division road win,” Cajun coach Billy Napier said of Saturday’s 37-27 win over the 1-9 Jaguars in Mobile. “South Alabama’s kind of like what I thought last week watching the tape, a very capable team, big, fast, explosive and lots of matchup issues.”

The host Jaguars became the first team to outrush the Cajuns (351-255) in a victory this year and the first to do that since … well, since last year’s 48-38 UL win over the Jaguars.

“I think the physicality surprised us,” said senior linebacker Ferrod Gardner, who had seven solo stops among his team-high 10 tackles. “They came out and punched us in the mouth and we had to strike back. We didn’t come out with the energy we should have, and we had to get it going.”

The Cajuns finally did get it going in the second half, scoring on all but their final possession when Rhys Byrns stopped a punt at the USA 6-yard line with just over a minute remaining. Included in that second-half surge was a 17-play, 85-yard march that took up half of the final quarter and resulted in Elijah Mitchell’s one-yard scoring run that provided a 30-21 edge with 7:51 left.

UL’s defense then held on downs at midfield and Trey Ragas carried three straight times for 47 yards, the last 23 coming on his touchdown run with 4:12 left that put it out of reach.

Before that late burst, a Cajuns defense that allowed only 10 points in its past two wins was gashed by a Jaguars rushing attack that churned out 351 yards — almost 100 more than any other UL foe this season (Mississippi State had 261 rush yards in the season opener for the previous high).

“One of the reasons we’ve been playing really effective defense is we’ve made significant progress fundamentally at all three levels,” Napier said Monday. “We’ve had great communication, continuity, always on the same page, very coordinated in what we were doing. And that wasn’t the case Saturday. We were not nearly as effective, and if coach (UL defensive coordinator Ron) Roberts was up here he’d tell you the same thing.

Napier didn’t put it all on the defensive unit, since UL’s offense managed only 391 yards, its second-lowest output of the year and more than 100 yards short of its 499.2 total offense average entering Saturday’s game.

“I look more of it as a team,” he said. “What if we score touchdowns instead of settling for field goals. Maybe we can get the game under control, make them become one-dimensional. It’s a team deal, but certainly for a team to rush for as many yards as they had … we didn’t get off the field, we allowed them to score in the red zone. We did not do what we had been doing.”

“We’ve played really well on special teams this season,” Napier said. “If you go back, we’ve had three huge punt returns that got called back for penalties. We’ve been really close at times to breaking it open. But if you’re going to have a good football team you’ve got to cover kicks and that’s one of the things we’ve done really, really well.”

Calais is fifth nationally in kick returns (31.4) and he, Mitchell and Ragas rank 86th, 37th and 82nd nationally in rushing to make UL the nation’s only team with three ranked running backs. Despite last week’s struggles, the Cajuns still rank sixth nationally in rushing (278.4 yards per game), 11th in total offense (488.4) and ninth in first downs and third-down efficiency (49.6 percent).

UL also ranks 43rd nationally in ESPN’s power rankings — ahead of 30 Power Five conference teams and behind only Appalachian State’s No. 39 listing among Sun Belt teams. Both are significantly higher than the next highest Sun Belt squad, with this Saturday’s opponent Troy ranked 86th. The Cajuns also received an all-time high in national poll vote points (eight) in this week’s coaches’ poll, which would put them 32nd on that list.

“All that’s going away if you get beat,” Napier said, “so the only thing we can do is try to get our team ready to play, zero in on the things that are relative to playing winning football this week. Certainly against Troy, we’re going to have to be at our best.”

Like so many around the country, I’ve gotten pretty immune to any excitement level when it comes to polls.