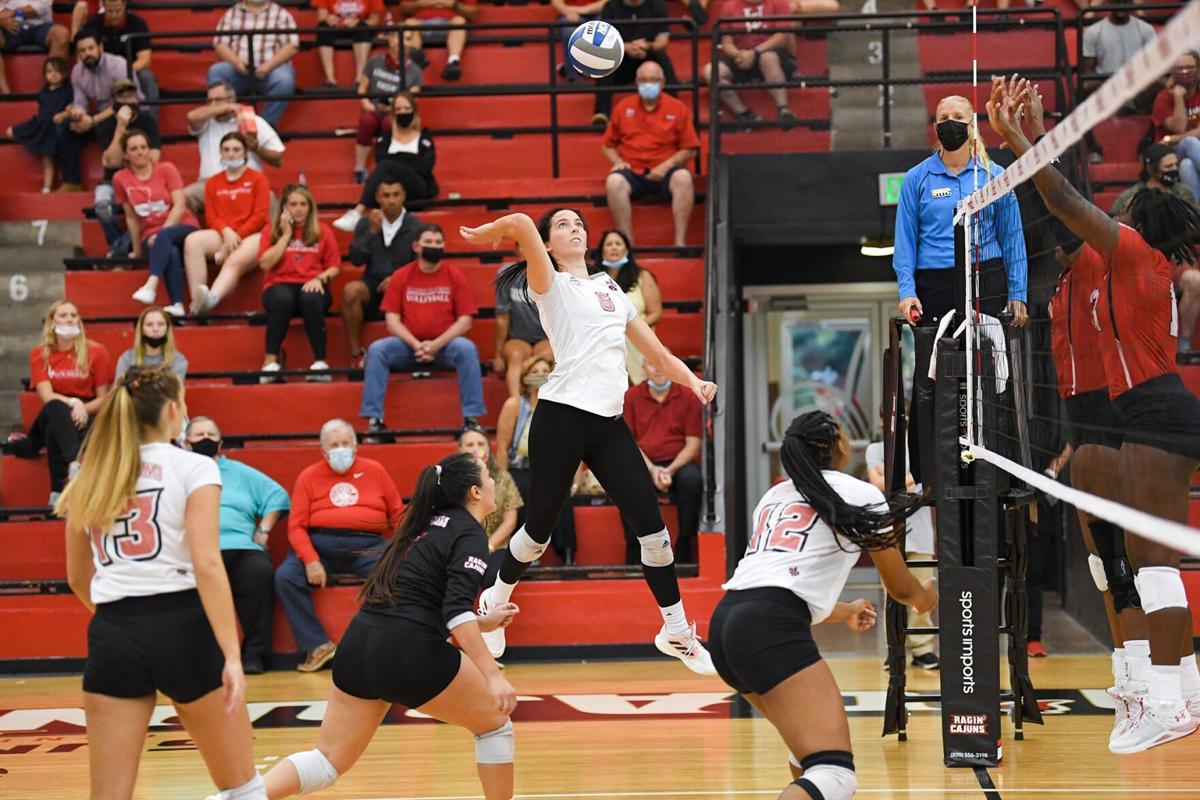 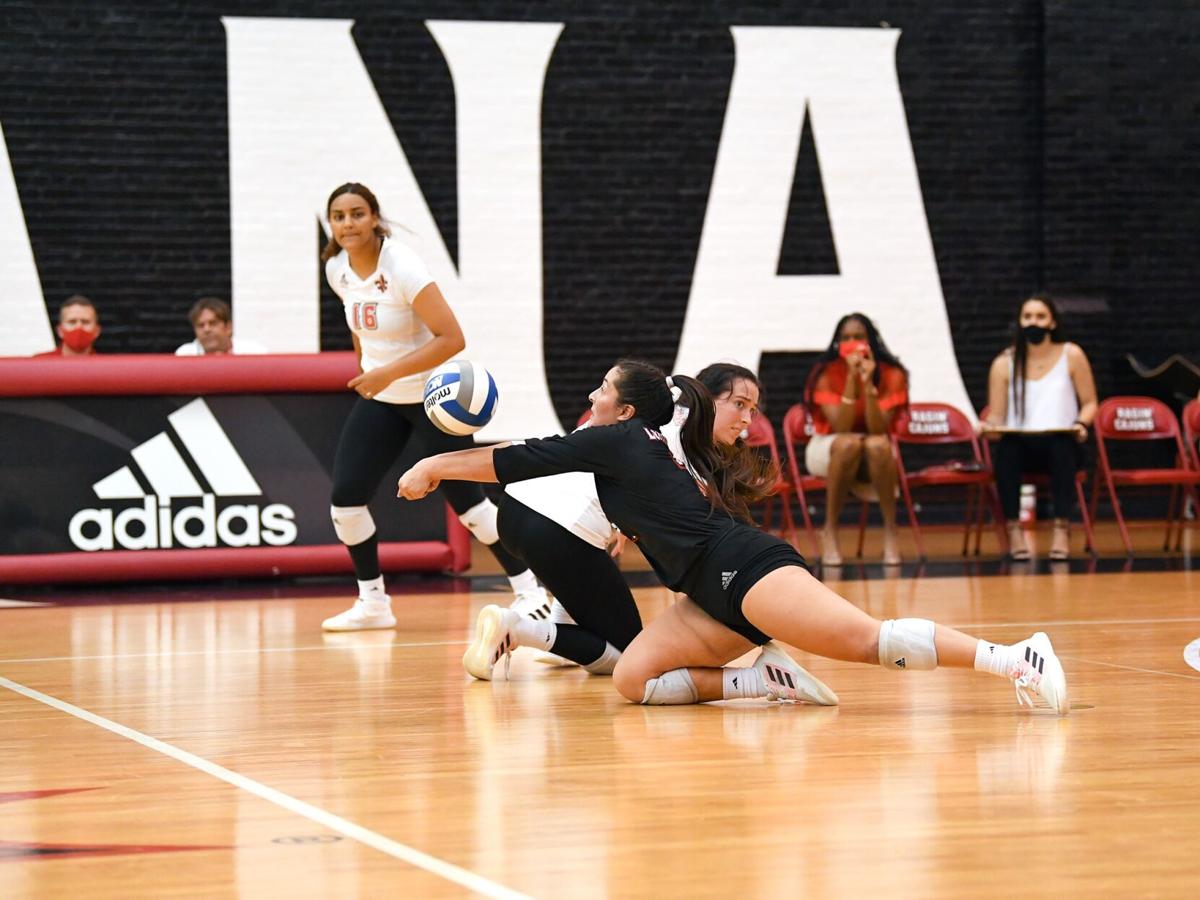 She was about to declare that she couldn’t ask for anything more from her team. Then came the notion that maybe suffering just one or two five-set defeats — instead of four — would have made the sailing a little smoother.

But that would have robbed the Ragin’ Cajuns of the joy of ending such a frustrating streak with a five-set road win at Texas-Arlington last Friday.

Either way, Gray’s early days with the Cajuns have been fruitful.

UL is 8-4 overall and in first place in the Sun Belt West at 3-1 after sweeping the Texas swing for the first time ever, highlighted by the program's first win over Texas State in San Marcos on Saturday.

“I couldn’t have asked for a better weekend,” said Gray, whose Cajuns will return to E.K. Long Gym to host Arkansas State at 6 p.m. Friday. “Two road wins, very big for us.”

Gray said the two road wins couldn’t have been any different. The UTA win was “hands down the worst match of our life,” followed by the win over Texas State where the execution was much higher.

“We played lights out,” Gray said of her team against Texas State. “We probably played the best match we played all year from a consistency basis. The passing game was very strong for us, and yeah we won for the first time at Texas State, so that was very exciting for our program as well.”

The more Gray talked through the details of the breakthrough weekend, the more she appreciated the uglier of the wins.

“Luckily the girls stayed in it and played together,” Gray said of her team against UTA. “I think it did help give us the momentum. I don’t think we would have played the same Saturday had we not won Friday night.”

Scaling that five-set mountain was a huge step no matter how it happened.

Like any transition, some things take time. The Cajuns are figuring out Gray appreciates vocal support from her bench.

“For us, one, I’m very competitive,” Gray said. “I love to win. The girls know that. But the girls are starting to buy in and trust us as a coaching staff, and I think that’s helping a lot.

Kelsey Bennett continued to shine, earning a second Sun Belt player of the week honor for the first time in program history. But Gray said the weekend sweep was because of much more than one star player.

“Kelsey has done a great job again for us offensively,” Gray said. “She did on Friday and Saturday. I don’t think Friday she had her best match, but on Saturday, she definitely helped us.

“But there were a couple of other key players that helped us win that match. Cami Hicks, she did an amazing job for us along the net. She had nine blocks, which really, really helped us.”

“Hannah Ramirez got some really big digs for us,” Gray said. “She was all over the place. Even Siena Decambra as the center, she got amazing digs from her opposite Janell Fitzgerald. Janell is one of their best players. She’s an amazing opposite, and for us to shut her down early, that was big for us.”