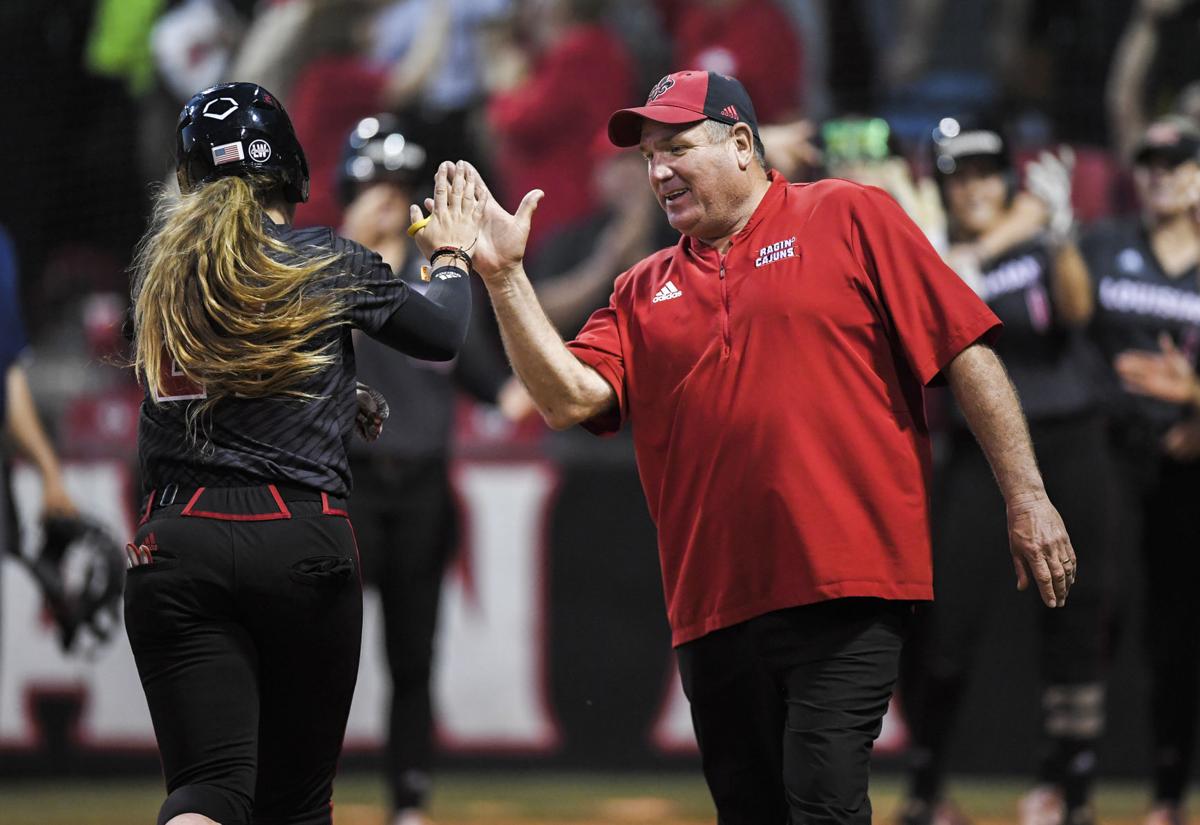 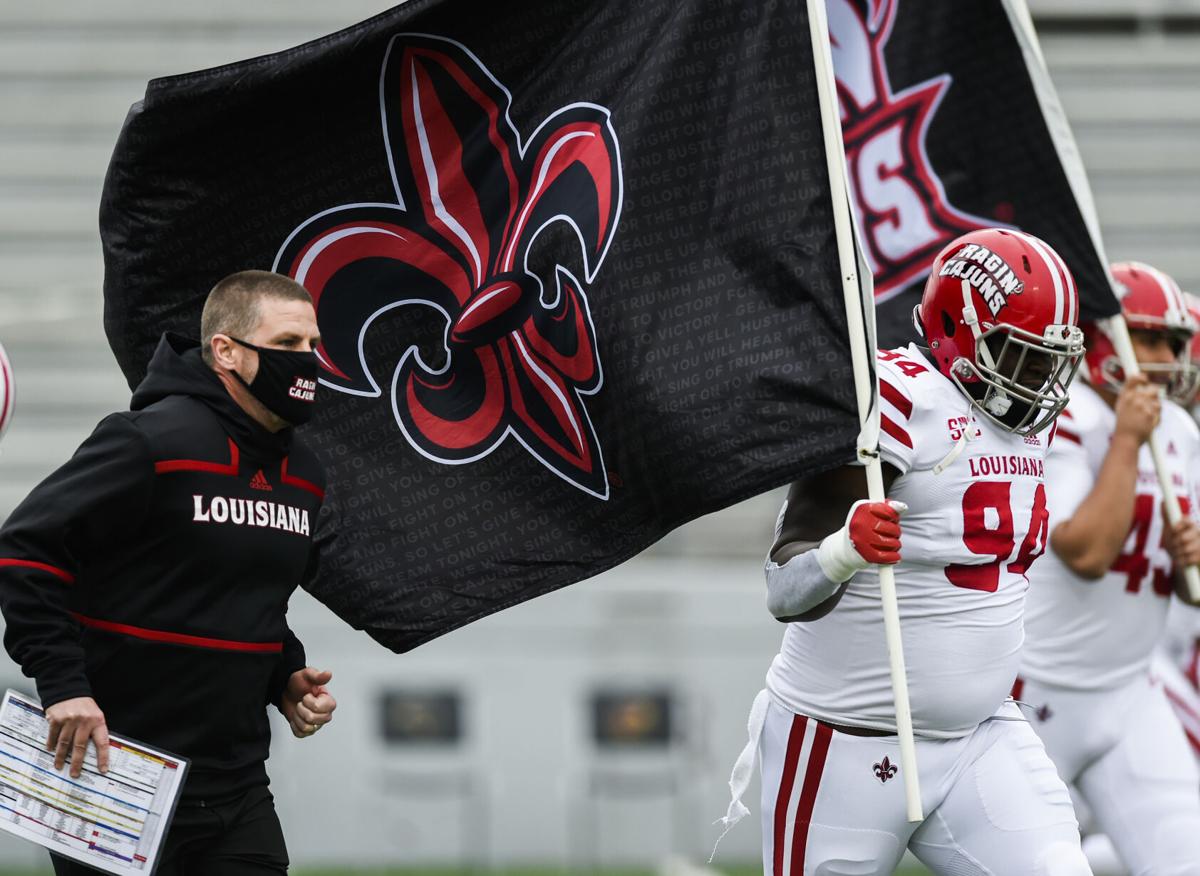 UL head coach Billy Napier's Ragin' Cajuns went to a bowl game ranked No. 16 in the AP poll, but the 2020 season will forever be marred by the cancellation of the Sun Belt Conference championship game.

UL head coach Billy Napier's Ragin' Cajuns went to a bowl game ranked No. 16 in the AP poll, but the 2020 season will forever be marred by the cancellation of the Sun Belt Conference championship game.

As the UL athletic department turns the calendar to the year 2021 — a year so many in America and throughout the world couldn’t wait to arrive — there’s a host of unresolved feelings still left to deal with in his new year.

For so many of the coaches and players, it was a year of what might have been.

Like departments all across the country, routines they never dreamed of incredibly became the norm for Ragin’ Cajuns athletes in 2020.

For this particular athletic department, however, the emptiness of living the rest of their lives wondering what might have happened without the coronavirus pandemic was only consoled by the emotional perspective gained through the brutal years of 2018 and 2019.

Foote: March 12, 2020 — a day which will live in infamy in the world of college athletics

On paper, none of UL’s teams lost more when the world of college athletics shut down on that March 12 afternoon than coach Gerry Glasco’s softball team.

Earlier that week, his No. 6-ranked squad was revealed to have the nation’s No. 1 RPI after a monthlong road trip that included wins over LSU, Florida, Texas and Oklahoma State.

There were realistic goals of making the Women’s College World Series and perhaps competing to win a national championship.

The night before, UL returned home to produce a 34-0 doubleheader sweep of Sam Houston. Practice was scheduled that Thursday, a day before opening Sun Belt play against Appalachian State at Lamson Park.

Then it was all shut down. All the hopes and dreams of this highly anticipated softball team were gone.

“When it happened, I was like, ‘I’m going to die. I’m not going to make it. I’ve lost my team. I’ve lost the best team I’ll ever coach,’ ” Glasco said at the time. “I was blowing things out of proportion in my head. The day of the cancellation, I was really feeling sorry for Gerry Glasco.”

By the next day, however, the painful scars this athletic community had endured over the previous two years began to speak to hearts and minds.

Glasco and others began to think of the death of baseball coach Tony Robichaux the previous summer, as well as the tragic passing of his own daughter Geri Ann in an automobile accident the year before that.

Foote: It's hard to believe Sun Belt, TV powerless to fix this fiasco

Perhaps we shouldn’t have been caught off guard so badly.

Yes, their hopes of ending their season in Oklahoma City were killed by some virus they’d never heard of before, but it wasn’t life and death.

It was also brutal emotionally for coach Garry Brodhead’s women’s basketball team that day. It had just qualified for the final four of the Sun Belt Conference Tournament and was hoping to play in an NBA arena at the Smoothie King in New Orleans that weekend.

Overflowing with perspective himself after the death of his wife, Andrea, in 2015, Brodhead overcame the shock and disappointment by making the team meeting a celebration of its lone senior Kendall Bess.

“Man, it was the best thing that I’ve done in a while as a coach to allow her to hear what they really think about her,” Brodhead said in March. “It wasn’t really about basketball. It was what she brought to them as an individual.

“It was something real positive. It put us in a different mood. I think it helped us to move forward a little bit.”

The seasons for other spring sports — such as track and field and baseball — also ended that day.

Foote: Shame on Sun Belt for being so unfair to UL women's program

The UL women’s basketball program prepares to open Sun Belt Conference play on the road this weekend with a pair of 4 p.m. games at Texas Stat…

It was the end of Matt Deggs’ first season at UL taking folllowing Robichaux's death. Just two months before, the university had unveiled a larger-than-life statue of the beloved coach.

Somehow his words of wisdom on the statue, as well as a life of encouraging and exhorting everyone around him helped the program move forward.

After a rough start to the season, Deggs’ Cajuns had won six of seven games to get to 8-9. We’ll never know how much more progress that team would have made.

Fast-forward to the end of the school year and there was more anger, disappointment and disillusionment.

Coach Billy Napier’s football program had accomplished so much, starting with being extra diligent throughout the summer in adjusting to the COVID-19 restrictions.

Players and coaches had somehow drawn strength from the crushing loss of assistant coach DJ Looney, who died from a heart attack suffered on the practice field in early August.

The team had overcome cancellation of all four of its schedule non-conference games. The season started with with the most significant win in school history — a 31-14 upset of Iowa State, earning the program’s first national ranking in the polls since World War II.

The Cajuns went on to somehow to win despite close call after close call. The team steadily improved, even after its only loss of the season to upstart Coastal Carolina 30-27 on a last-second field goal.

It had beaten Appalachian State for the first time ever, despite miserable weather conditions on the road.

Napier’s Cajuns were primed and ready — convinced the Sun Belt championship was in their cross hairs … only for it all to end suddenly and without warning.

Much like the softball and women’s basketball teams, the football team had to endure that team meeting no team ever wants to experience.

On the very day the team landed in Myrtle Beach, South Carolina, director of athletics Bryan Maggard had to deliver the agonizing message to the team in a hotel ballroom that the Sun Belt championship game was canceled because of COVID-19 issues within Coastal’s program.

More shock, more dismay, more disappointment, more wondering what might have been.

Cajuns 'shocked' by Sun Belt title game getting canceled; commissioner said it was all about safety

The Cajuns went on beat UTSA 31-24 in the First Responder Bowl in Dallas, but that did little to fill the hole left by being the only conference in America not to play its championship game.

“But I will tell you outside of that type of catastrophic event, this was the hardest thing I’ve ever had to do and that’s stand up in front of a team that 10 p.m. in a hotel banquet room and tell them that we had to cancel the game and we could not play for a Sun Belt championship,” he said.

This crazy 2020 athletic year also produced seasons that saw an actual end on the court, but still not without “what might have been” emotions.

Coach Bob Marlin’s basketball team had endured a season filled with injuries like no other, having to accept midseason walk-ons to just hold productive practice sessions.

Yet, it fought to the end, winning a Sun Belt Conference Tournament game 73-66 over Arkansas State and leading Georgia Southern the whole way before suffering a 82-81 heartbreaking on the road just before the pandemic hit.

With reasonable health, Marlin’s staff wonders what might have been.

Meanwhile, coach Heath Mazeitis-Fontenot’s volleyball team was enjoying one of the program’s best seasons through the pandemic when late-season complications struck.

The Cajuns stood 17-5 overall and 11-5 in league play heading to the conference tournament.

Only, the team was force to travel to Alabama for that event without nine players — six players due to COVID-19 issues and three more with late-season injuries.

Like Brodhead put it, the 2020 athletic year was one “I never thought I’d ever live to see.”

Bryan Maggard, athletic director at the University of Louisiana at Lafayette said the Thursday night cancellation of the Sun Belt Conference c…

In addition to the perspective that provided some comfort all along, UL’s athletic department still enters 2021 with so much hope for future success, despite the heavy hearts and unresolved issues 2020 burdened it with.

Glasco’s softball team finished the year with the nation’s No. 1 recruiting class, according to one website. Napier’s football team continues to build something special with a 10-1 season.

Brodhead’s basketball team got mistreated by the Sun Belt Conference in scheduling again, but it’s still deeper and more talented than it’s been in years.

Big things are indeed realistic goals in 2021 throughout the athletic department.

Perhaps this new year will help provide resolution to many of the emotional voids 2020 left in its path.