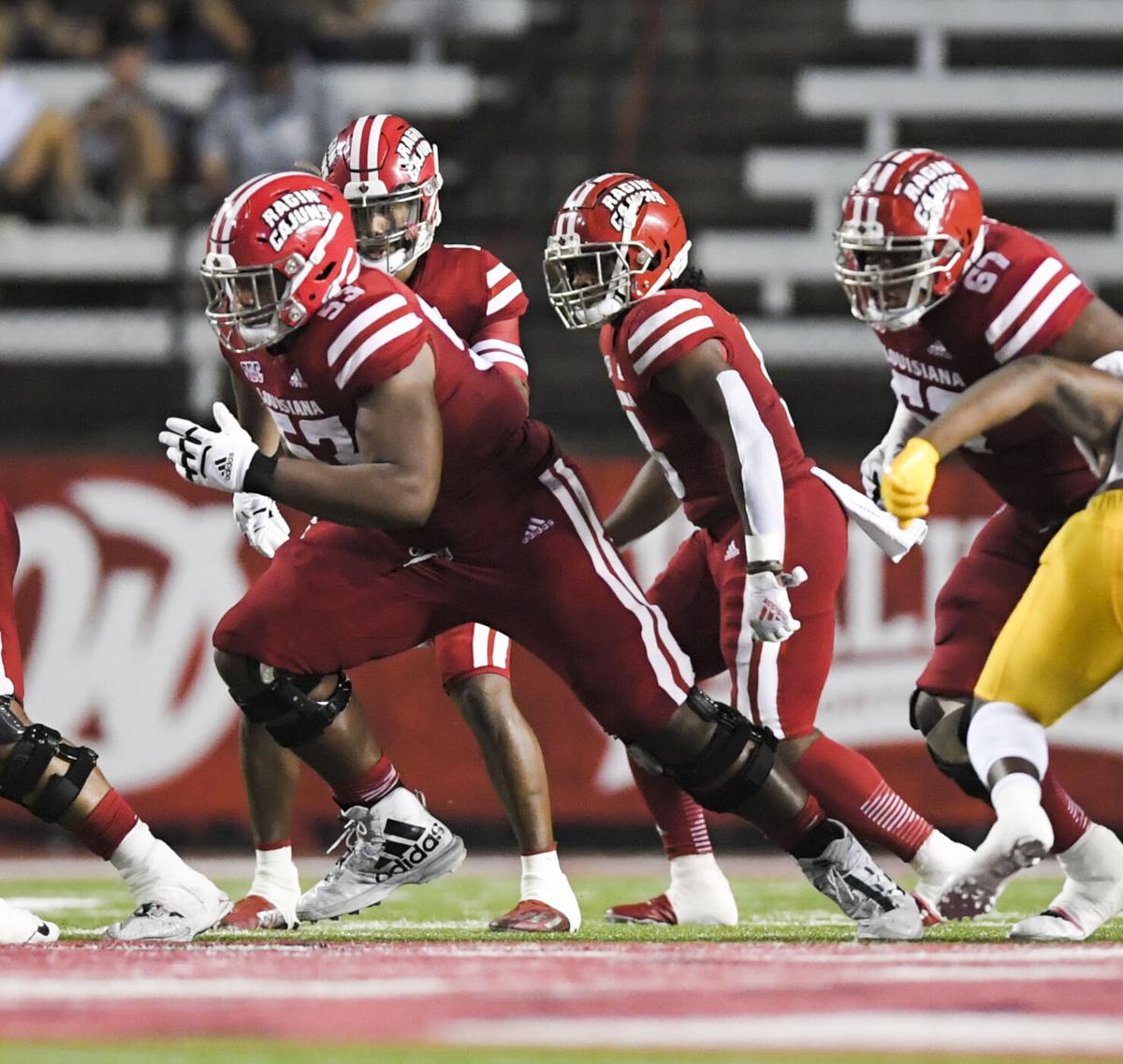 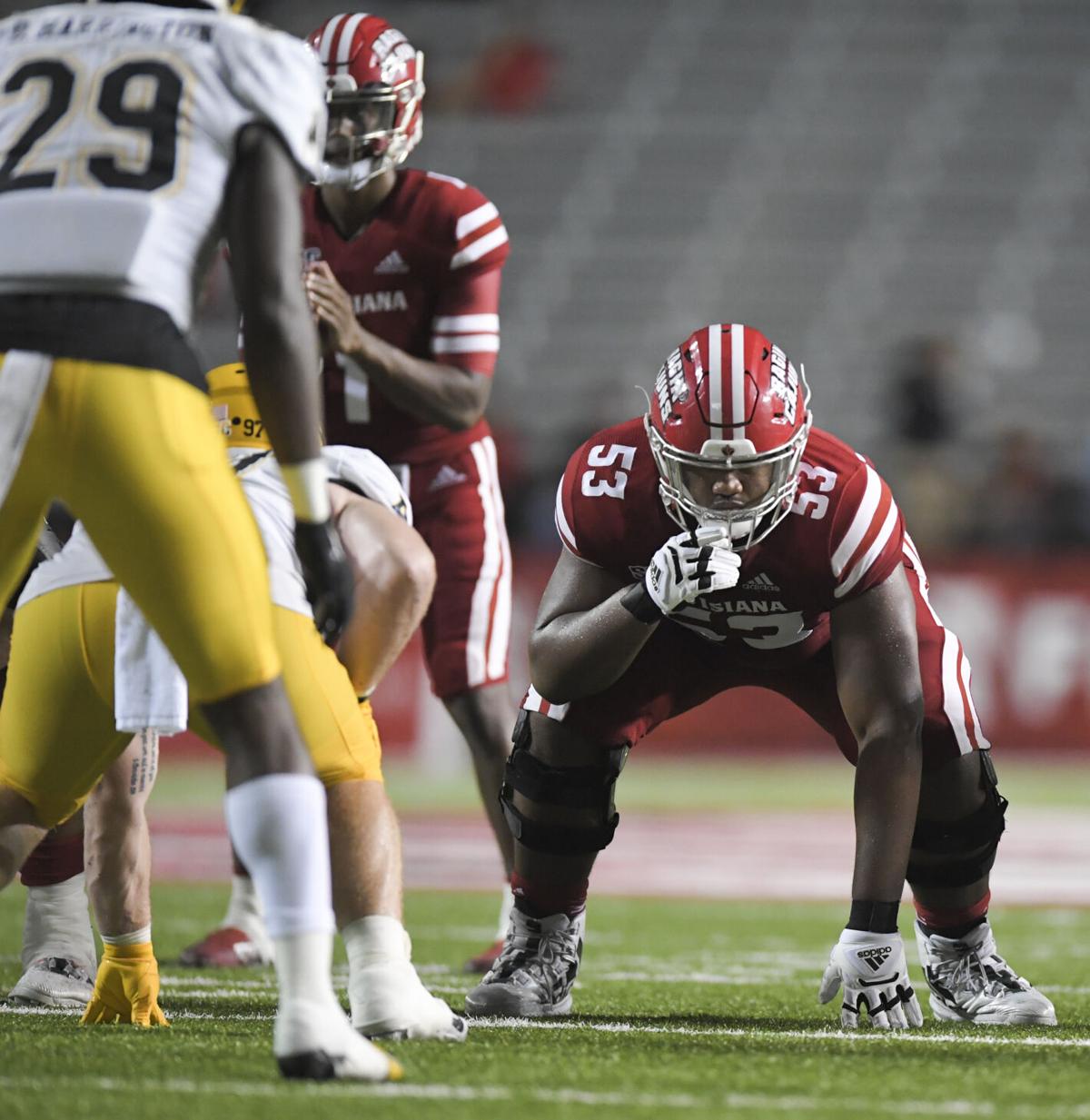 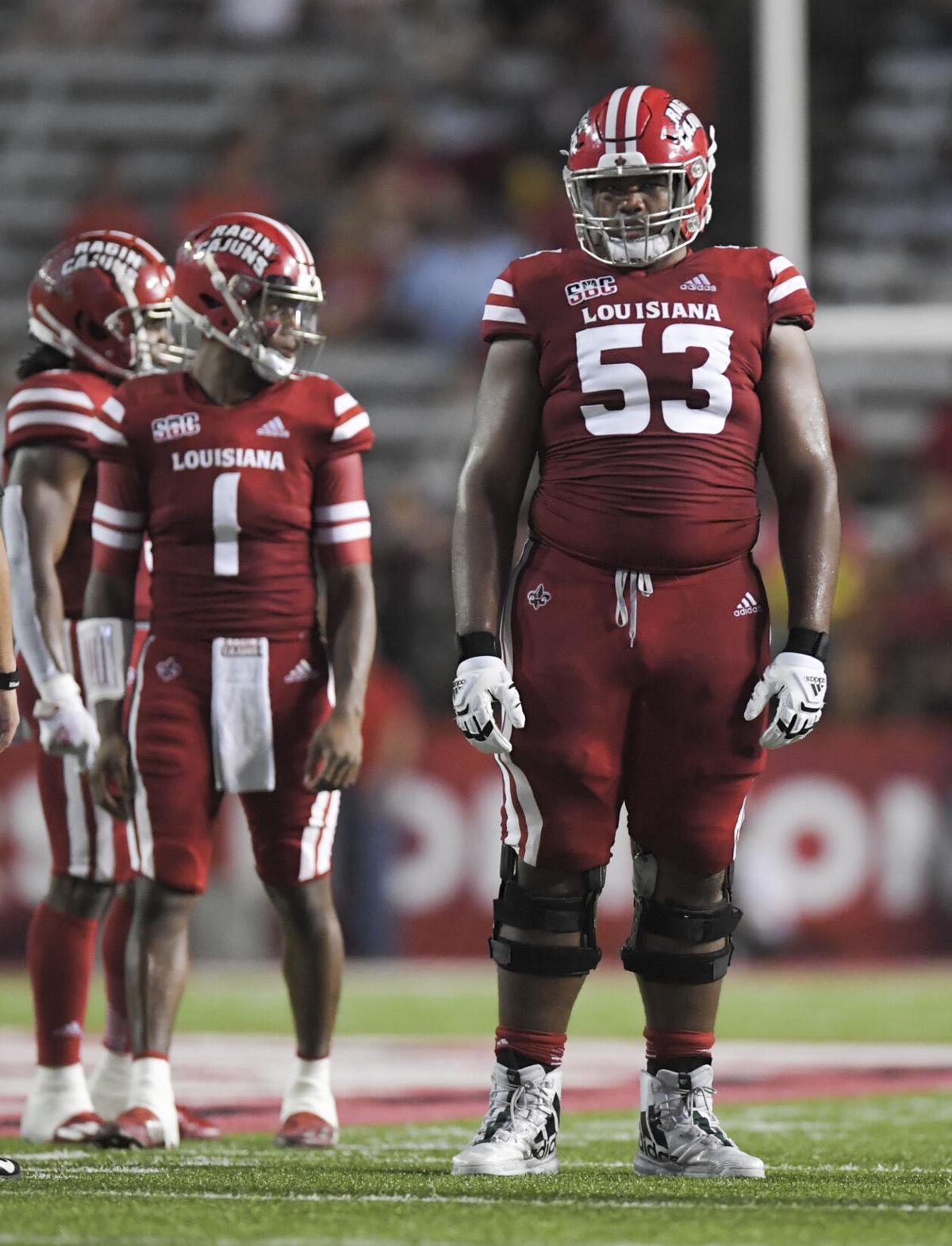 UL guard .J. Gillie (53) has shown he stands above most freshman reserve options so far for the Cajuns.

UL guard .J. Gillie (53) has shown he stands above most freshman reserve options so far for the Cajuns.

A few weeks ago, the news wasn’t good when it came to UL’s offensive line.

Fortunately, the right side of the line has remained in tact with O’Cyrus Torrence at guard and Max Mitchell at tackle. Shane Vallot continued to anchor the group at center.

For this former walk-on from Comeaux High, Cajuns success is about more than football

Suddenly, the numbers were thinning in the offensive line room.

At the time, the only game with rushing production that resembled this program’s reputation was against Ohio — the one Rubio started before re-injuring himself, and the one after a troubling performance in a tight win over Nicholls State.

Even worse, UL was heading to Mobile to face a South Alabama defense that led the Sun Belt in rushing defense.

Could freshman A.J. Gillie really be a full-time starter?

Could Ken Marks be as effective after moving to tackle?

A year ago, the UL defense led the Sun Belt and was third nationally with 16 interceptions.

Things have turned around in dramatic fashion.

The line spearheaded a 225-yard rushing effort in the win over South Alabama, followed by 246 more yards rushing against Appalachian State last Tuesday.

“I feel like we’re a tight-knit group,” Gillie said. “We’re just so close together. It doesn’t really matter who is in there. There’s just no drop-off. We’re so tight that we’re basically the same.”

Perhaps that’s the case, or perhaps something else is going on.

Could it be that Gillie is really a star on the rise and just needed a few games under his belt?

“We’ve always had confidence in A.J. from a physical ability standpoint,” UL coach Billy Napier said. “I mean, he’s built to move people. He’s 6-2 and change, he’s got 35-inch arms — a lot of wing for that height is what I’m trying to say. He’s got extremely functional movement, power. He’s really coming of age as a technical football player.

Perhaps as importantly, the Natchitoches native has fit in personality-wise with the rest of the starting lineup that includes three fellow Louisiana natives in Torrence, Mitchell and Vallot.

“He’s a country boy,” Marks said of Gillie. “Always catch him at a trail riding horses. He loves dogs. His body build is just so massive. He’s like a rock. They call him Fire Hydrant. He’s a good person, man. Good dude. Genuine, down to earth.”

When Napier and offensive line coach Rob Sale arrived in 2018, they immediately employed a rotation-based system with the line to both develop depth and get more linemen involved in the process. So when inevitable injuries occur, the replacements weren’t starting from scratch.

Coach Billy Napier said the film backed up the first impressions of UL's 41-13 triumph over Appalachian State on Tuesday.

It makes sense, but when the reserve crew gets depleted like this year, playing a more set lineup becomes a necessity.

If more injuries occur, it could be a real problem. If not, keeping this group together for more downs could produce more consistency and more dominance the rest of the way.

Another explanation for the recent resurgence is the new coaches in Jeff Norrid, Darnell Stapleton and quality control assistant Mike Richard are getting past the transition period.

The UL Ragin’ Cajuns knew they needed to play their best game of the season to knock off Appalachian State on Tuesday at Cajun Field.

“I think those guys have done a great job coaching, more importantly winning over the group as people,” Napier said. “That group’s got great chemistry and morale. They work hard, they’re tough. With how we play, it starts up front. They were on their ‘A’ game (Tuesday) when it mattered the most. We’re certainly thankful for the players and really appreciate the leadership those three coaches have showed.”

To Napier’s point, the tight ends, receivers, quarterback and running backs all play a role in the running game. But if the recent upswing with the offensive line continues, the best may yet to come for UL’s rushing attack.

“We’re in good shape there,” Napier said of the line. “We’ve got a good group there. They’re foxhole guys. You can bet on them showing up and playing their tails off, I can promise you that.”

'Time for us to be a team': Cajuns come together on national TV to overwhelm rival, silence doubters