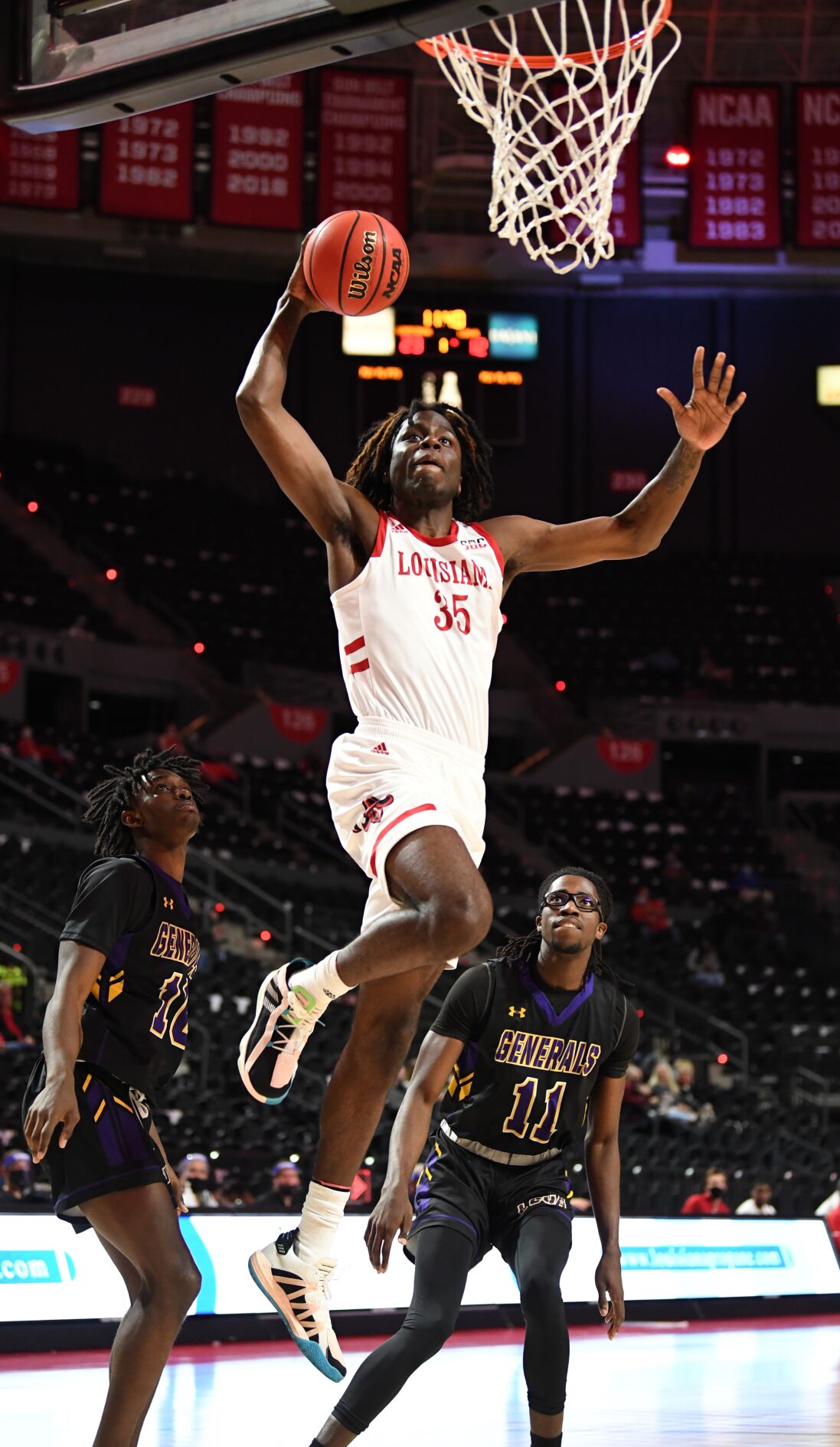 UL freshman forward Isaiah Richards has displayed the ability to score, rebound and defend at times during his first seven games at the collegiate level. 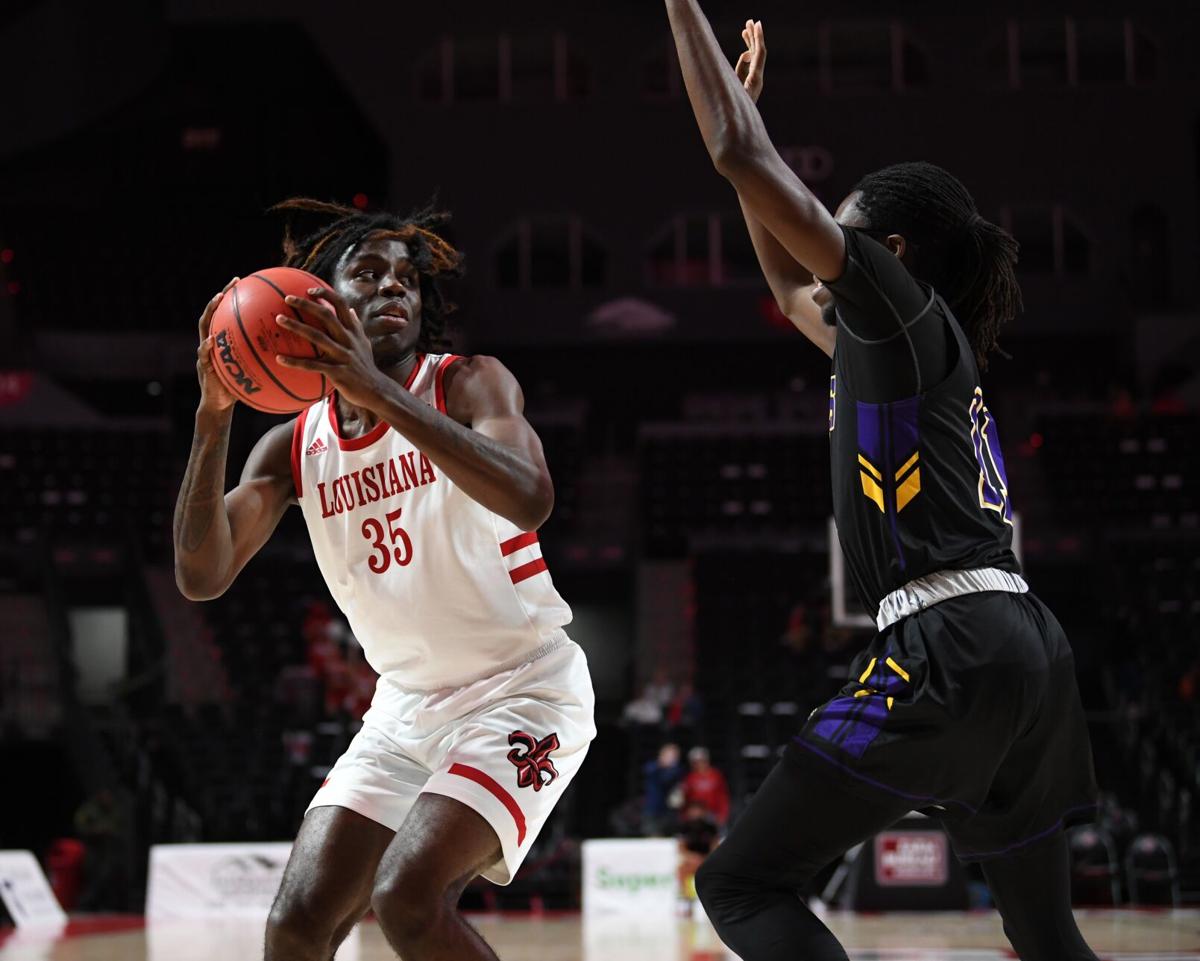 UL freshman forward Isaiah Richards has already created quite a stir with the Ragin' Cajuns - both on and off the court. 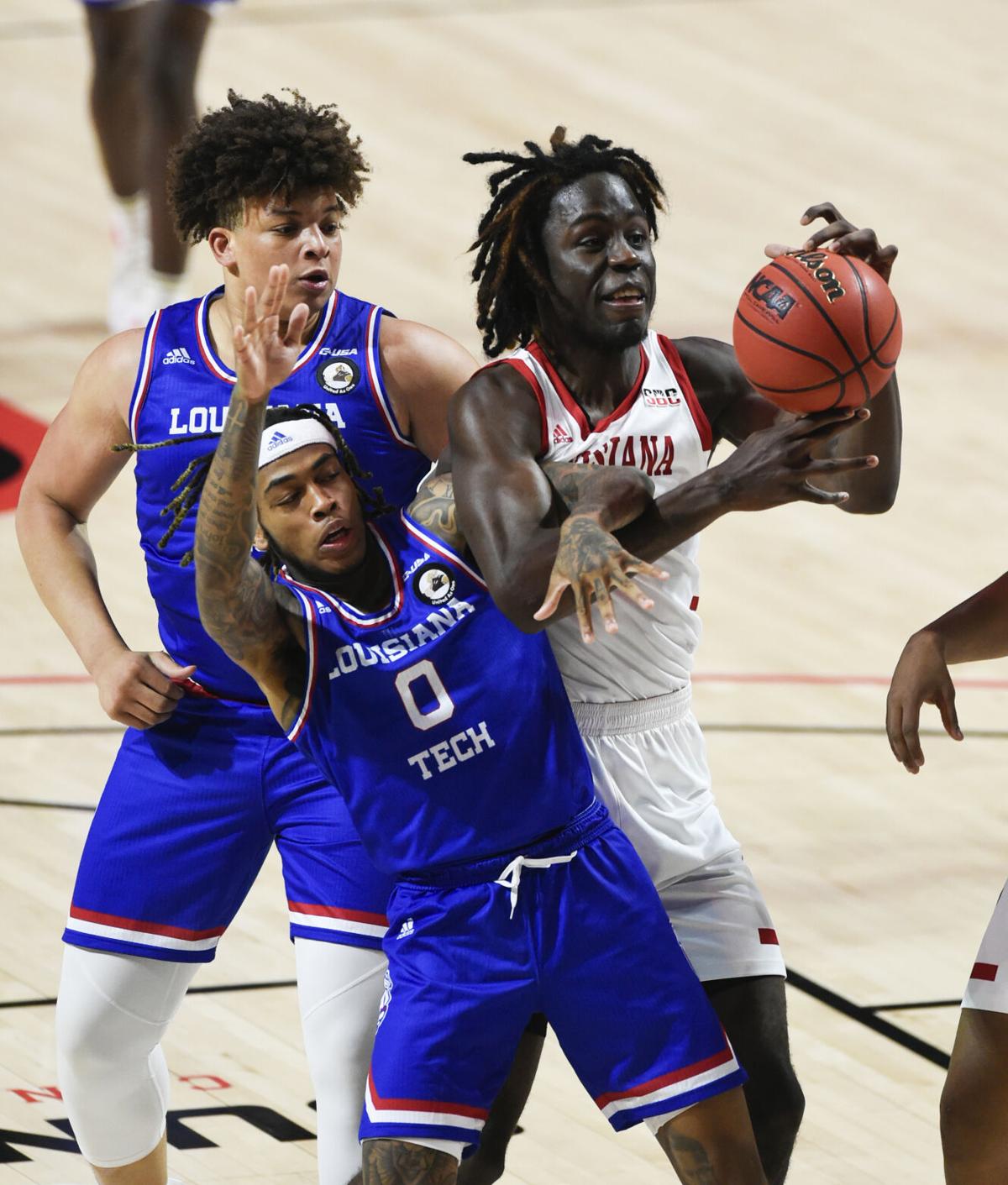 UL forward Isaiah Richards, right, battles for a rebound during the Cajuns' win over Louisiana Tech.

UL freshman forward Isaiah Richards has displayed the ability to score, rebound and defend at times during his first seven games at the collegiate level.

UL freshman forward Isaiah Richards has already created quite a stir with the Ragin' Cajuns - both on and off the court.

UL forward Isaiah Richards, right, battles for a rebound during the Cajuns' win over Louisiana Tech.

Only seven games into his Division I basketball career, it’s far too early to know how successful a career the 6-10, 220-pound true freshman from Brooklyn, New York is going to enjoy with UL.

Or how many games the Ragin’ Cajuns are going to win during his time with the program.

One thing is for sure, though.

Isaiah Richards isn’t going to fail personally or allow his teammates to fall short without a fight.

It’s just not in his nature.

Most freshman – especially those from a completely different part of the country – slowly try to fit in before asserting themselves.

UL coach Bob Marlin maintains his stance that he feels good about his Ragin’ Cajuns as contenders for the Sun Belt West title this season.

He’s from Brooklyn. There’s nothing shy or timid about him.

Naturally that can create a few interesting scenes early on with a new team.

Apparently, Russell is the strong-willed leader of the Cajuns’ squad, but Richards isn’t above pushing him as well.

“We go at it every day – on the court, off the court,” Russell said. “We probably have the best love-hate relationship on the team. He’s a great kid who works hard every day.”

No matter how much longer a teammate has been around. Richards isn’t having it. He’s going to challenge you when he feels it’s necessary.

“It’s nothing to me, really,” said the intense Richards even in the spirit of a joking question. “That’s Cedric really. That’s the kind of person I am. I make my presence known. Nothing is going to be easy around me, even in practice.

Foote: Cajuns improved to 5-1, but still no improvement in areas of concern

The UL Ragin’ Cajuns are off to a 5-1 start with the only loss being to one of the nation’s best teams in the Baylor Bears.

So of course, he’s going to hate me.

“At the end of the day, you’re either going to love me or you’re going to hate me. I’m ever going to be your best teammate or your worst enemy. I’m only here to get you better as a point guard or as a player or as anything that you want.”

In so many ways, this freshman who played prep school basketball on the national circuit out of Springfield Commonwealth in Massachusetts is like an old-school coach.

He’s going to push you to the limit in an uncomfortable fashion in one minute and then encourage you in the next.

“Yeah, I’m very assertive,” he said. “I consider myself an energy guy, pick the team up when it’s down or whatever. I’ll clap and say, ‘Come on y’all. We’ve got this, no problem.’”

Along the way, he’s hoping he created a good working bond with all of his teammates. But if not, he’s not changing his approach.

“It’s encouraging,” Richards said. “I’ll go at anybody. The way I make friends is I test how they are, how they act in certain situations. Say we’re going at it, and he comes score on me. Alright, now you’ve got to come guard me. I’m going to talk my talk. We’re just going at it. We’re going to go head and battle.”

As unique as his aggressive approach is, it can only likely work if Richards displays close to as much potential as he does aggression.

Through seven games, Richards has definitely displayed potential. He had a double-double already with 10 points and 10 rebounds against LSU-Alexandria. He almost did that again in the Dec. 12 win over Louisiana Tech with nine points and eight rebounds, before scoring 11 points with seven boards in UL’s last game against McNeese State on Dec. 19.

“Zay (Richards) came in and did a nice job,” Marlin said of Richards after the McNeese win. “He’s practiced hard. He’s had other games where he came in and hit a perimeter jumper also. He gave us a huge lift tonight. He’s very capable.“

With the Cowboys threatening a huge comeback, Richards took it upon himself to score six straight points late in the second half to help preserve the win.

One of those three buckets was creating his own shot when he stepped back after being cut off by a Cowboys’ defender and knocking down a mid-range jumper … as a 6-10 true freshman.

“I work on every part of my game every chance I get,” Richards said. “So that’s just something I’ve had in my bag that I brought out tonight. I drove, he cut me off, so alright, let me go to this. That’s something I knew I could do. I work on my off hand when we’re not practicing. So let’s go and it went in.”

Marlin also had to calm a situation during a huddle in that contest. Richards heard a comment he didn’t like and he wasn’t having it without a discussion.

“When I got in the huddle in one of those (timeouts), Isaiah was barking at his teammates and he had four guys barking at him – so you talk about being aggressive,” Marlin said. “Somebody had said something to him and he didn’t think it was right on the defensive end, so he was going to argue with everybody. I had to calm that down.”

So far, Richards is averaging five points, four rebounds and 11.7 minutes a game, while shooting 65.2 percent from the field thus far.

His prep school coach Nick Couluris said when Richards signed with UL that he’s the kind of player you don’t have to design plays for him and “he’ll come out with 14 points and 15 rebounds” anyway.

Not much was going right for UL early against Louisiana Tech during the Ragin' Cajuns' 61-56 come-from-behind victory Saturday at the Cajundome.

“I don’t want to compare it to prep school, because it isn’t prep school,” Richards said of his college experience so far. “It’s obviously a higher level for me. The games are more intense. I just had to piece everything together, I had to get comfortable. I had to find myself and work my way around it.”

Russell still remembers what life was like as a newcomer into a college program, so he’s impressed with Richards’ transition.

“As a freshman – I know for me coming into it – it was a lot to adjust to, especially coming from a (long way from Lafayette),” Russell said. “He’s definitely bought into it. I feel like he’s finding a comfortable place here and we welcome him with open arms.

“He’s really started to understand the grind that it takes to be good at this level. He’s a great kid, he’s a great person and he’s going to be a great player.”

Richards and the Cajuns will open Sun Belt Conference play against Texas State at 6 p.m. Friday in the Cajundome.

His plans during the holiday break was visiting his mother and brother in Brooklyn and reuniting with his former high school coach to work on improving his game.

Yes, he talks it and he walks it.

Consequently, he’s not worried about a letdown Friday after the two-week absence.

“No, not really, these are my guys,” Richards said. “We’ve built that family bond with each other. We could be away from each other for a little while and we can still keep in touch … on anything little.”

There were a lot of standout performances in UL’s 90-75 win over LSU-Alexandria on Tuesday at the Cajundome.

Before long layoff, Cajuns tune up against McNeese State