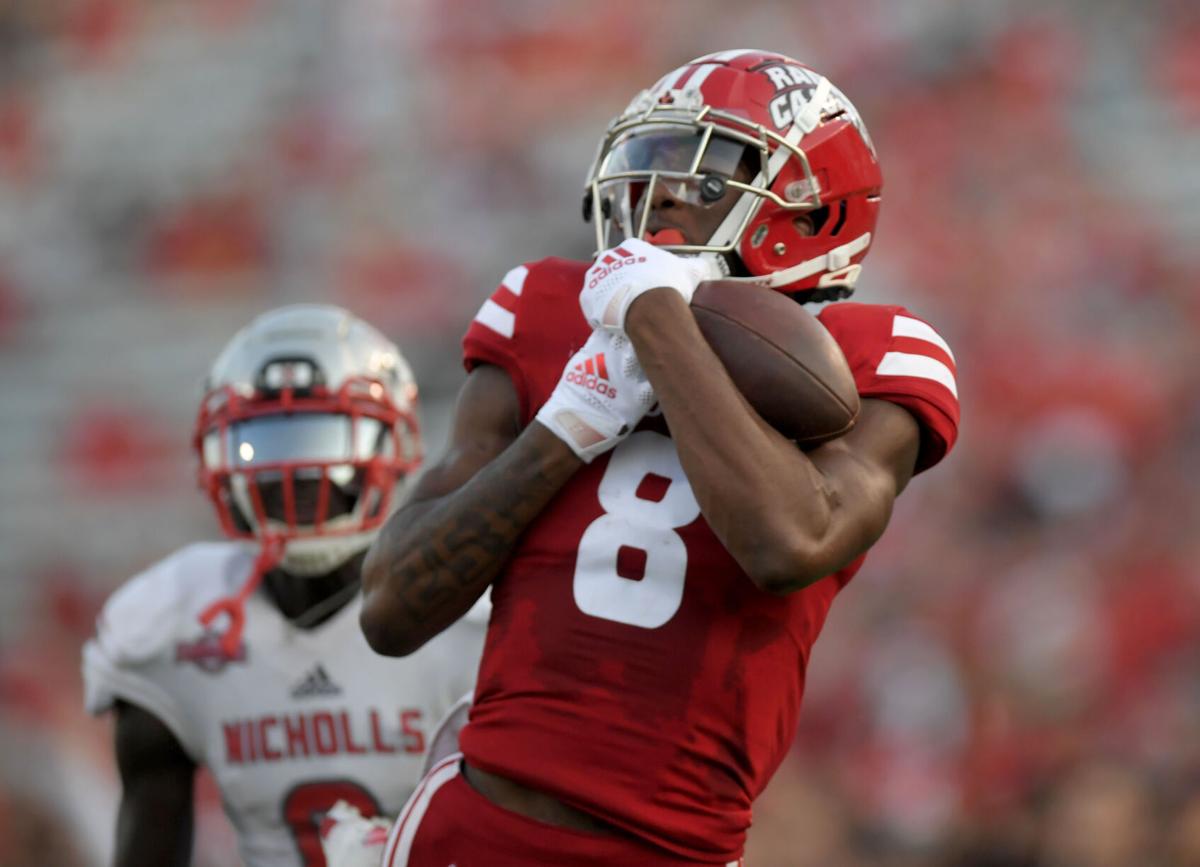 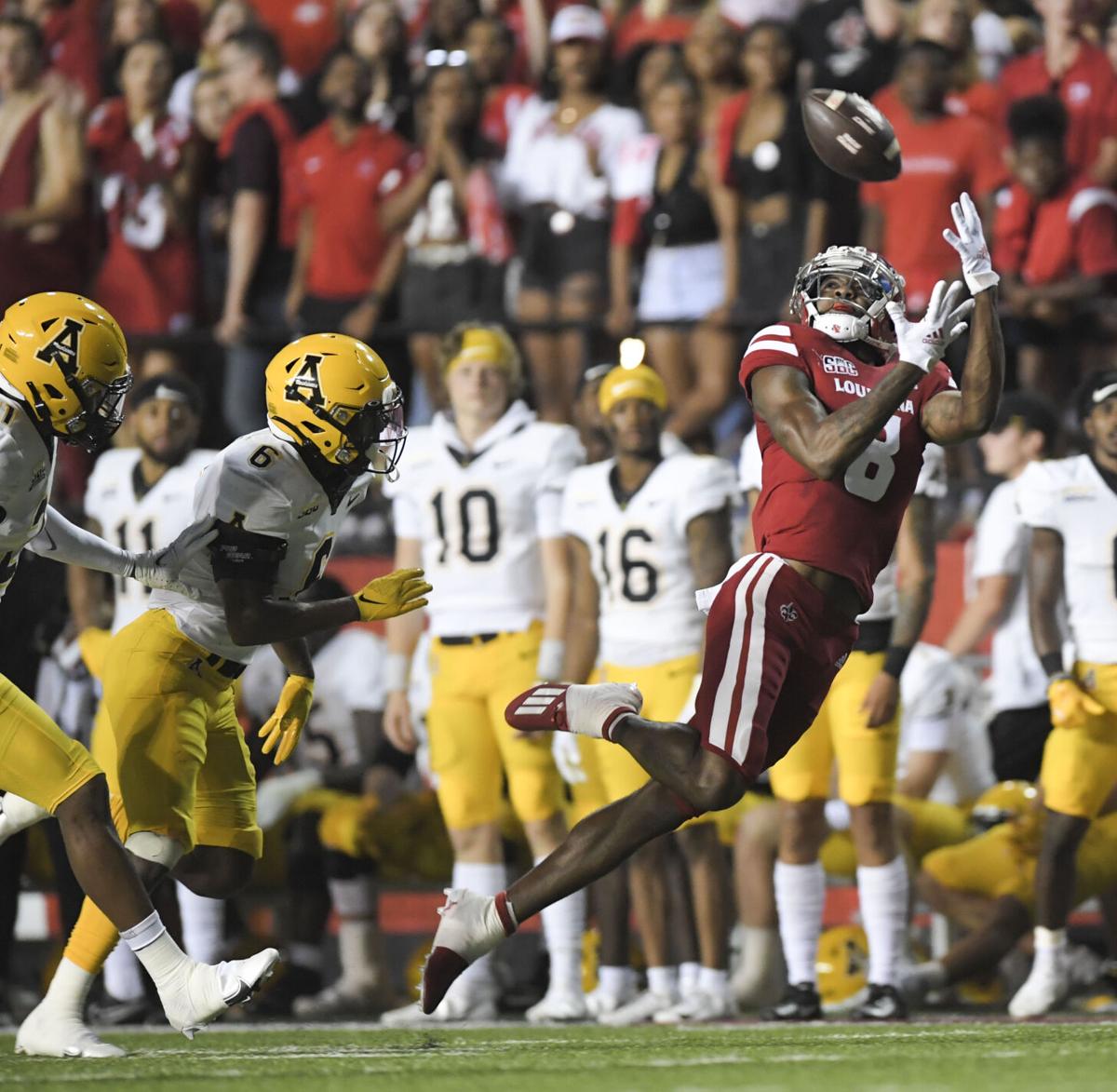 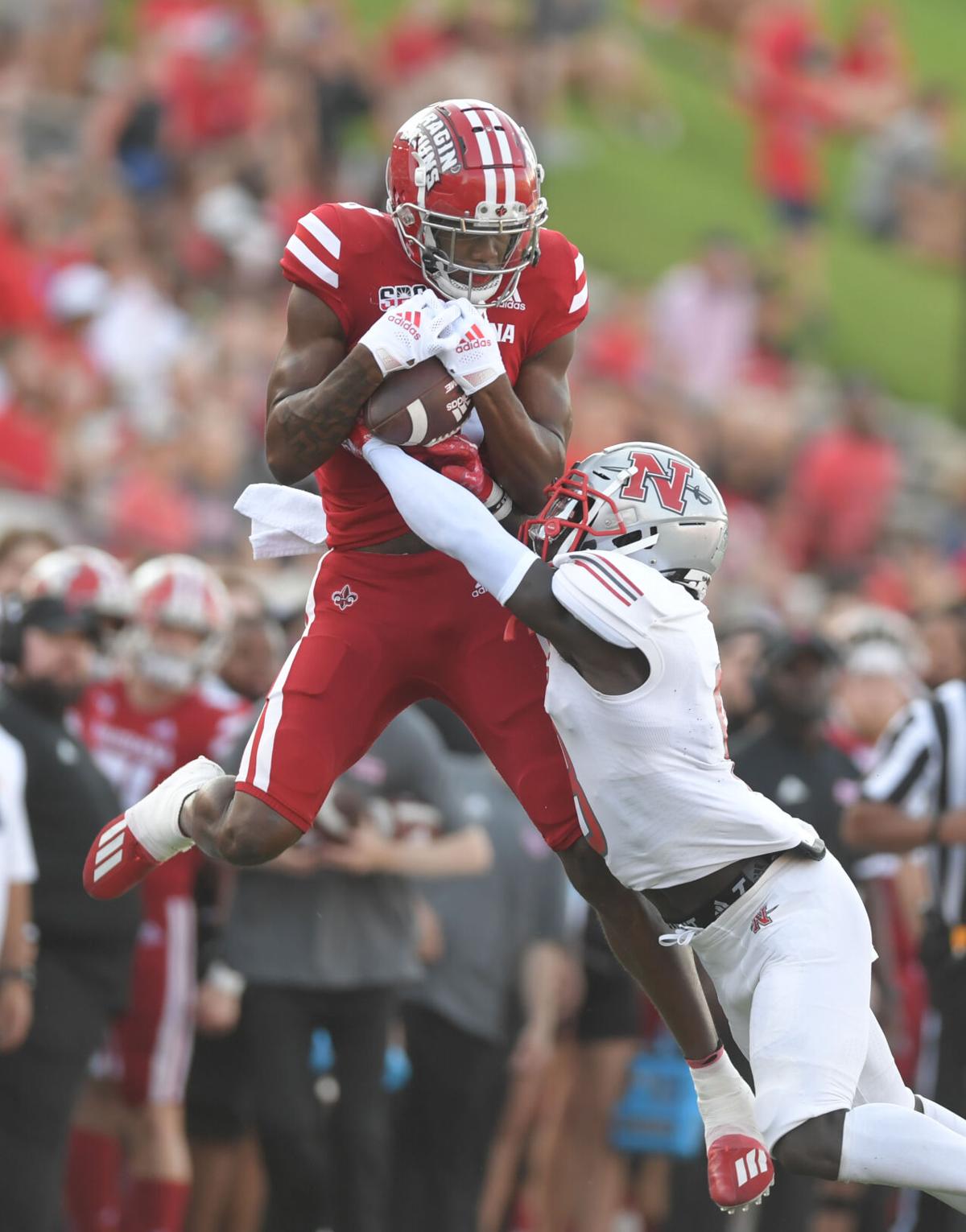 He’s hardly looked like a player whose had doubts about his ability or felt uncomfortable.

But the truth is, UL junior wide receiver Michael Jefferson was filled with doubt upon arriving in Lafayette this summer as a transfer from Alabama State.

“I’m comfortable now,” said Jefferson, whose No. 23-ranked Ragin’ Cajuns are preparing for the regular season finale at home against UL-Monroe at 3 p.m. on Saturday at Cajun Field.

Prior to pulling the trigger to leave his home state of Alabama for Cajun Country, there were so many questions plaguing the 6-foot-3, 200-pound speedster.

Should he leave the program that gave him his only offer out of Murphy High in Mobile?

Foote: Offense has consistently had to fight off curve balls throughout the season

For the past two seasons, it’s almost become a weekly part of the postgame news conference for the UL Ragin’ Cajuns.

If so, where should he go?

Would he fit in and would he really be talented enough for the football side to be worth all the unknowns off the field?

“At first, I was like, ‘I don’t think I’m going to like it here,’” Jefferson said. “I’m not going to fit in. I was very much questioning being here.

“My teammates help me out. I’m interacting more with them, so everything’s good now.”

The celebration of so many of those answers going his way was two weeks ago in Troy when Jefferson caught a 52-yard touchdown pass to ignite the Cajuns’ 35-21 win that secured homefield advantage for the Sun Belt Conference championship game.

In attendance was his father, his brother and some of his Alabama State teammates to support him.

“That’s my home,” said Jefferson, who said he still visits the Montgomery campus every chance he gets. “I have teammates that I have long-lasting bonds there that will never end. They really took care of me there. There was a lot of stuff I couldn’t deal with towards the end right before I left, so I just decided to enter the portal.”

Once he chose the Cajuns over South Alabama to “eliminate the distractions” playing at home can bring, it was his father’s encouragement that got Jefferson to being a critical member of UL’s offense.

“He helped me keep my head level and he helped me push through my dark days when I was thinking I’m not good enough or maybe I can’t compete,” Jefferson said. “He just told me to keep competing. So I just went out there and did everything to the best of my ability and let it fall into place.”

Jefferson said his father helped him overcome all his doubts and fears, explaining that “everybody’s human and the next man ain’t better than you.”

Part of Jefferson’s reservations came from looking at UL’s deep wide receiver roster and wondering how many opportunities he’d get as a newcomer.

Dad took care of that as well.

The No. 23-ranked UL Ragin’ Cajuns are ever so close to hosting the Sun Belt Conference championship game against Appalachian State on Dec. 4.

“Me and my Dad had a heart to heart and he was like, ‘Are you scared of the next man?’” Jefferson remembered. “He brought up John (Stephens). He was like, ‘He’s from TCU, is that what you’re scared of?’”

That spurred his son to think, “No, I ain’t scared. I’m going to go compete and try to go take his spot.”

Dad was right. Young Michael has indeed carved out a significant role in UL’s offense this season with 13 receptions for 332 yards and three touchdowns.

“He’s come in here and really just earned everything that he’s gotten,” UL coach Billy Napier said. “I think the big thing that’s impressed me with MJ is just his overall work ethic. His toughness, his durability. He keeps his head down and continues to grind it out.”

“The guy’s made a lot of improvement as a player,” Napier said. “He’s come a long way technically and he’s got some urgency about him. He’s a detailed player, he’s a competitor, he’s the same every day and really a guy that I’m proud of. He’s stayed humble and continued to work.”

Even today, Jefferson is still picking his teammate's brains to improve his game in any way possible.

The shy, uncertain Michael that arrived in Lafayette has turned a corner.

“I’m taking from their game, my game and trying to put it all together,” he said. “I’m trying to be unstoppable one day.”

Another surprising transformation for Jefferson since coming to UL is becoming a deep-ball threat.

Productive in a quick-strike passing game at Alabama State, Jefferson has emerged as UL’s top deep threat so far this season, averaging 25.5 yards per catch.

“I think the guy’s got elite speed,” Napier said. “He can pick em up and put em down and eat up cushion, but he’s also a really precise guy. He’s very coachable. (Receivers coach) Tim (Leger) has done a nice job with him just in terms of detailing up his game.”

Somehow he’s even gotten faster since coming to UL, but how?

“Running with fast people,” Jefferson laughed. “You’ve got to keep running. You’re not going to be the fastest person. There’s always somebody faster than you, so keep running.”

There was still one more void to fill in the back of Jefferson’s mind.

Since he was a very young athlete, Jefferson hadn’t played on winning teams. Playing for a championship just hasn’t been a part of his athletic career.

Sun Belt Conference Championship tickets now on sale to the public; here's what you need to know

So one can only imagine the daydreams Jefferson’s been having since the Troy victory.

I’m looking forward to playing in the championship, because I haven’t played in one.”

For the third straight season, the UL football program has had to handle rumors about coach Billy Napier heading elsewhere to fill coaching va…