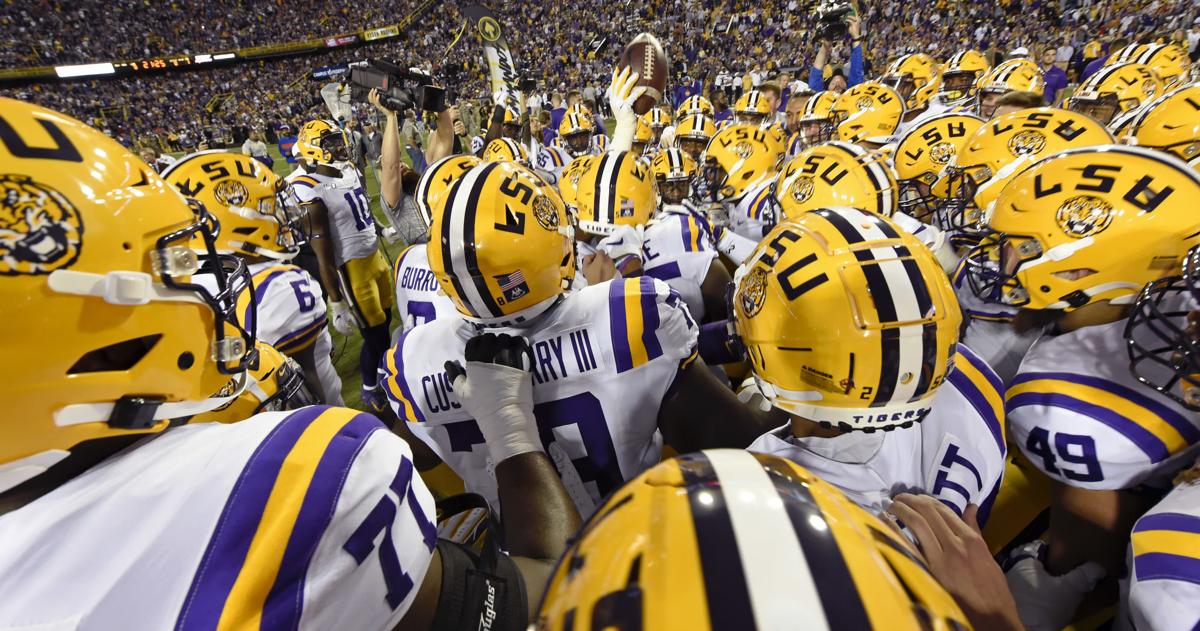 LSU football team members get together for a pregame traditon at the end of warmups before the first half of LSU's football game against Florida at Tiger Stadium Saturday Oct. 12, 2019, in Baton Rouge, La. 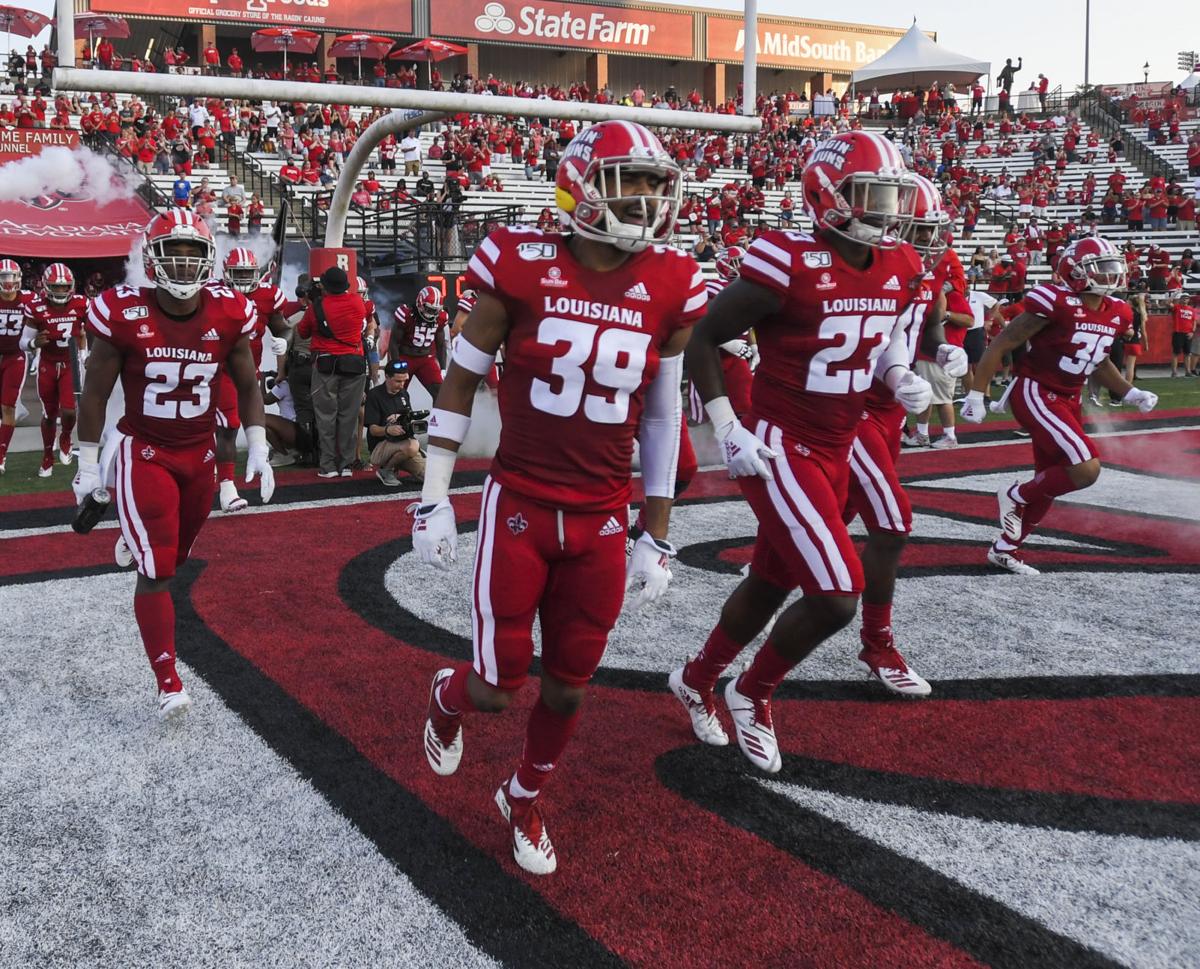 UL defensive back Jayrin Wilson (39) has slowly risen up the depth chart at cornerback for the Ragin' Cajuns' defense. 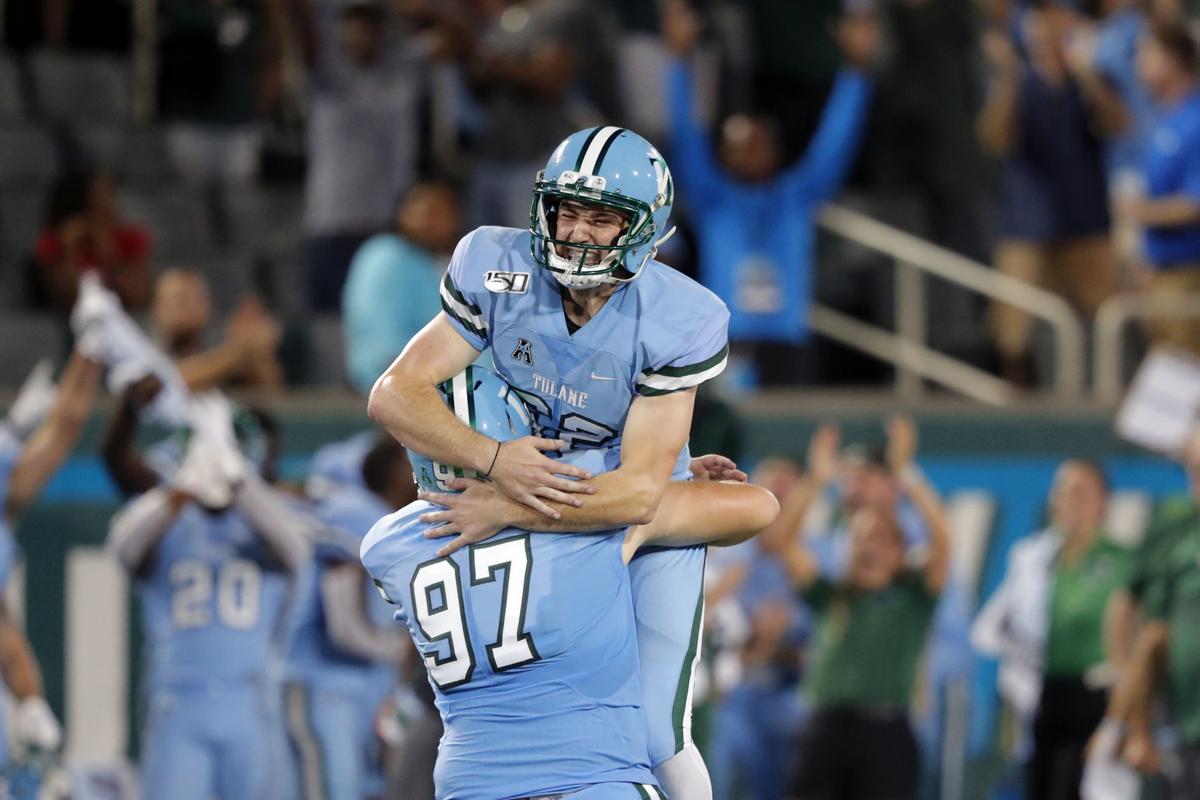 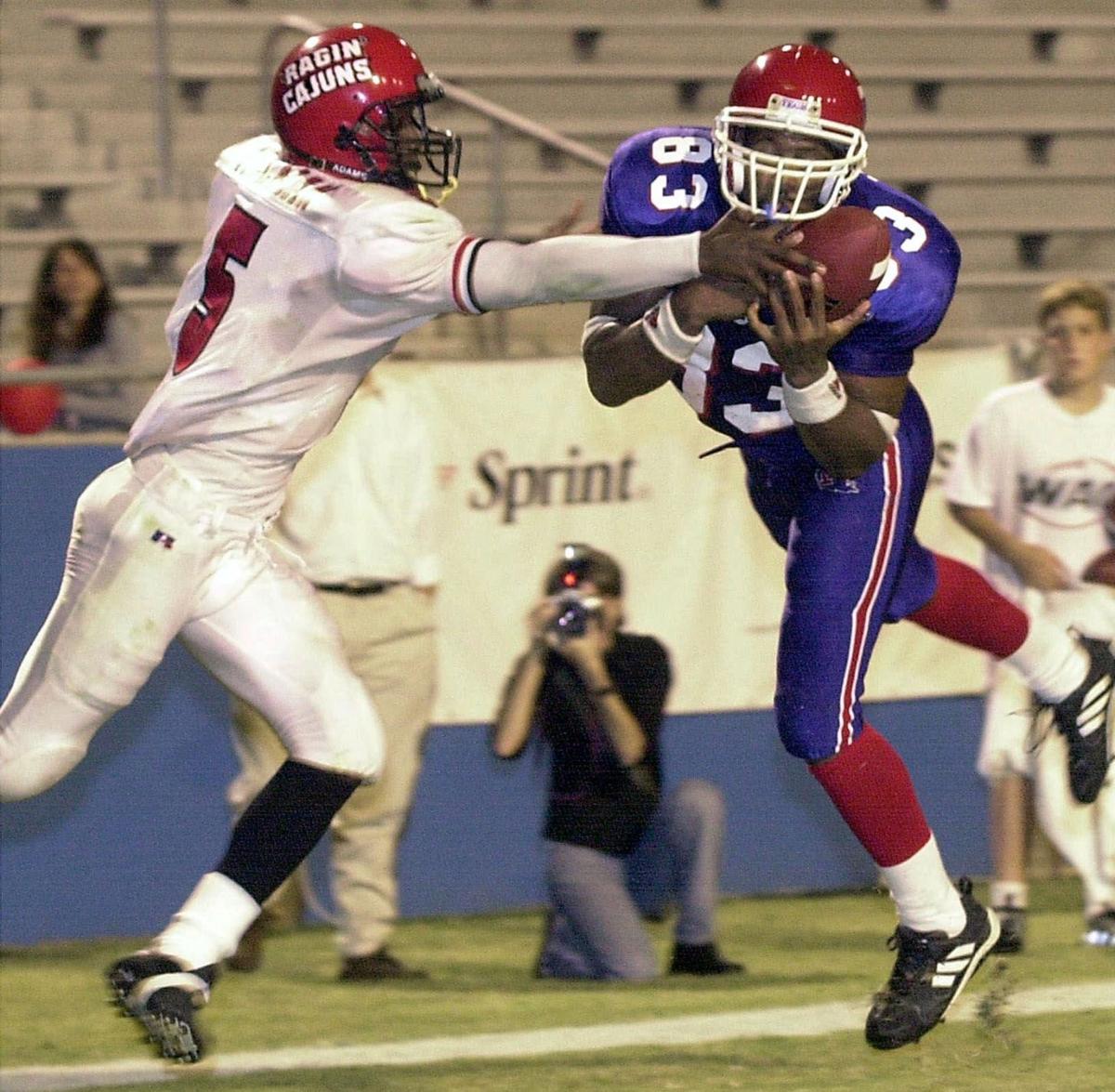 LSU football team members get together for a pregame traditon at the end of warmups before the first half of LSU's football game against Florida at Tiger Stadium Saturday Oct. 12, 2019, in Baton Rouge, La.

UL defensive back Jayrin Wilson (39) has slowly risen up the depth chart at cornerback for the Ragin' Cajuns' defense.

You probably knew that already.

But the rest of Louisiana’s college teams aren’t too shabby either.

A five-Saturday November begins with all but Northwestern State in contention for the postseason.

Among the FBS teams, Louisiana Tech is already bowl eligible. Tulane and UL are one victory away, and UL-Monroe is within reach.

At the FCS level, three of the state’s four Southland Conference teams — Southeastern Louisiana, Nicholls State and McNeese State — all are in contention for playoff berths, though the likelihood of more than one getting in appears slim.

And in the Southwestern Athletic Conference, Southern and Grambling likely will play for the Western Division title and a berth in the league championship game when they meet Nov. 30 in the Bayou Classic in New Orleans.

Rabalais: Yes, LSU-Alabama 'Game of the Century, Part Deux' will be better than 2011

There are those rare occasions when the sequel is considered better than the original:

So there’s the promise of plenty more Bayou State football in December and beyond.

That, to Nicholls State coach Tim Rebowe, is a good thing.

“LSU opening its camps to the rest of us has been great,” Rebowe said. “We’re not in competition with them for players, and certainly not every kid in the state can go there.

“So we all benefit from the association.”

UL coach Billy Napier, in his second season with the Ragin’ Cajuns, has another reason the state’s schools are doing so well.

“The quality of high school football in Louisiana is amazing,” he said. “There are at least 100 Division I prospects in the state every year, and we do a good job of keeping them at home.

“And then we’ve got a group of established, successful coaches, most of them with deep ties to Louisiana. That brings stability and consistency to our programs.”

So it should be no surprise that this has been an outstanding year for college football in Louisiana.

With that in mind, here’s how things look for the rest of the way:

There are a couple of statistics for UL Ragin’ Cajuns fans to keep in mind when pondering the possibilities for Saturday’s 4 p.m. homecoming c…

THE SKINNY: The Ragin’ Cajuns have gone to bowl games six of the past seven years, so getting past a 22-point underdog in Texas State (2-5, 1-2) at home Saturday is less of a milestone than setting up things for a divisional title run and a berth in the Sun Belt title game, which suddenly could wind up in Lafayette. Appalachian State’s upset loss to Georgia Southern on Thursday gives the Eagles the upper hand in the East, and UL defeated Georgia Southern back in September. Georgia State, which has Appalachian State and Georgia Southern left, is in the hunt and doesn’t play UL.

THE SKINNY: The Green Wave was on the verge of breaking into the Top 25 before road games losses at Memphis and Navy the past two weeks knocked them off that perch and most likely any shot at the West Division title.

But there’s still plenty to play for, starting with the fact that beating Tulsa on Saturday would give Tulane back-to-back bowl-eligible seasons for the first time since 1997-1998.

Winning Saturday would also mean that, unlike last year when the Wave had to make a 2-point conversion in the final minute of the final game to beat SMU and gain bowl eligibility, that part of the equation would be settled early.

THE SKINNY: The Bulldogs, who are the only C-USA team left unbeaten in league play, have Saturday off. But they’re hardly home free. North Texas was picked to win the Western Division, Marshall was picked to win the East and UAB is the reigning conference champion. Still, Tech hasn't lost since its opener at Texas and leads the league in scoring (36.4 points per game) and total offense (471.2 yards per game). Winning out would make Tech 12-1 but unlikely to gain the Group of Five’s New Year’s Six bowl spot because of the weakness of the rest of the conference.

THE SKINNY: Last year, the Warhawks had the disappointing experience of going 6-6 but not getting into a bowl because the Sun Belt didn’t have enough berths. There’s no assurance that won’t happen again. But considering the remaining schedule if ULM can get to 6-6, it will deserve a berth this time. Of the five teams, only Coastal Carolina (3-4) has a losing record. On the other hand, ULM is tied with UL for the division lead, which could make their Nov. 30 game for the division title.

THE SKINNY: The good news: Nicholls, SLU and McNeese are all still in the playoff picture. The bad: The only sure path is to win out, and since Nicholls plays both McNeese and SLU, only one of the three can do that. Southeastern might get a mulligan for the Nicholls game if the Lions can win at No. 9 Central Arkansas next week. Nicholls hurt itself badly by losing at home in overtime to Abilene Christian last week. The loss dropped the Colonels to No. 24 in the latest FCS poll. McNeese has recovered from losing its first two league games but must play Nicholls in Thibodaux.

THE SKINNY: Both teams control their destinies to reach the SWAC championship game, but Southern has the easier path, because Grambling probably needs to beat East-leading Alcorn next week to make the Bayou Classic for the Western Division title. And regardless of that outcome, the winner is likely to have to travel to Alcorn for the league championship game.

College Football Playoff primer: A look at the ins and outs and inner workings of the CFP