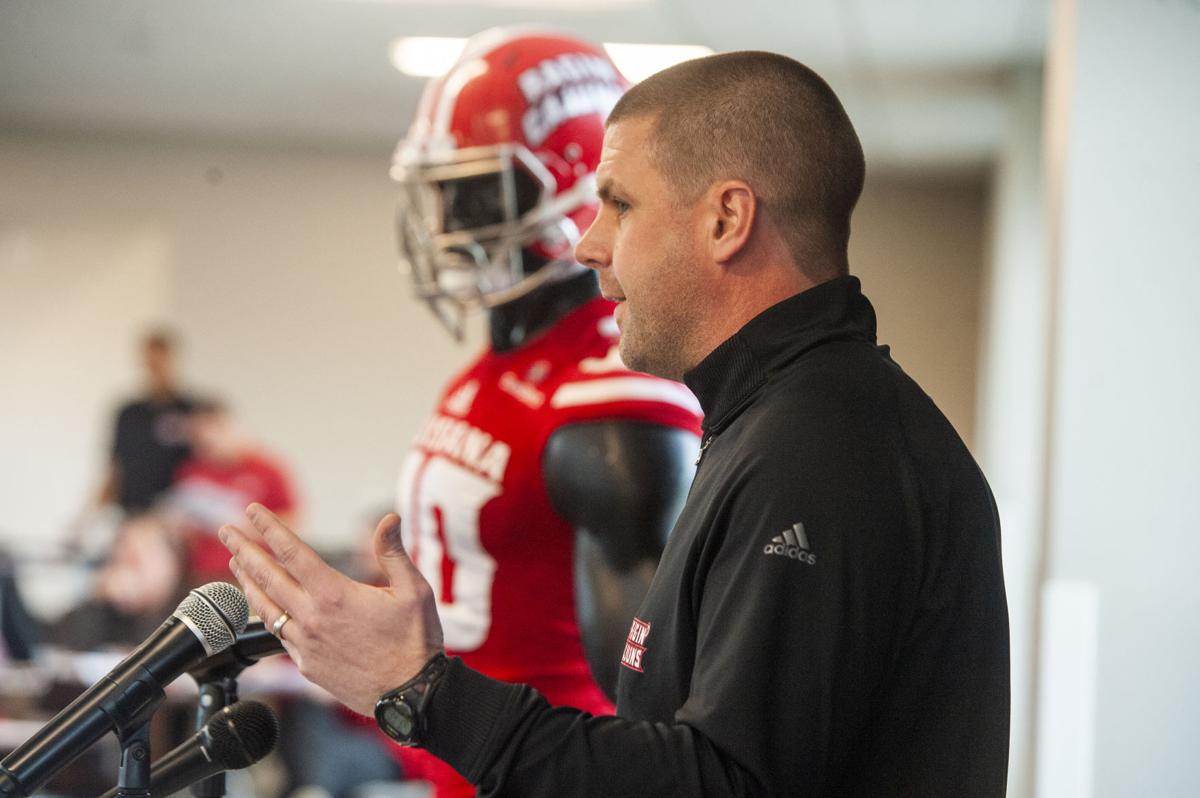 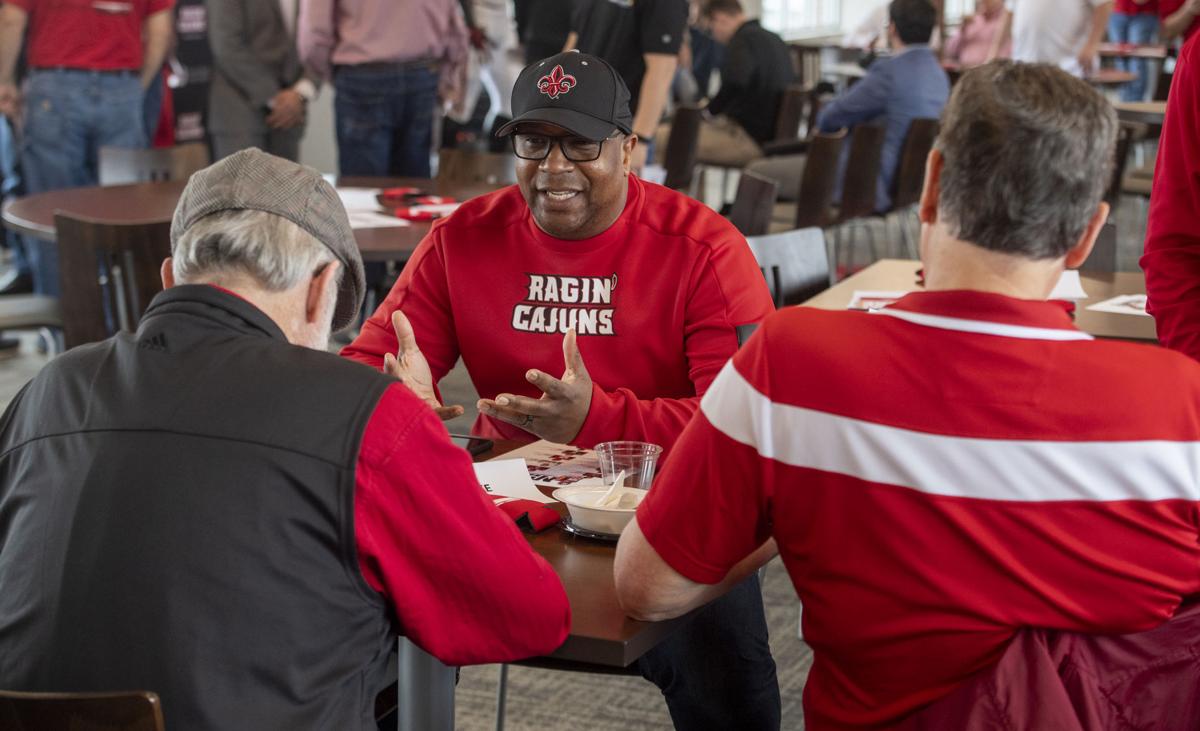 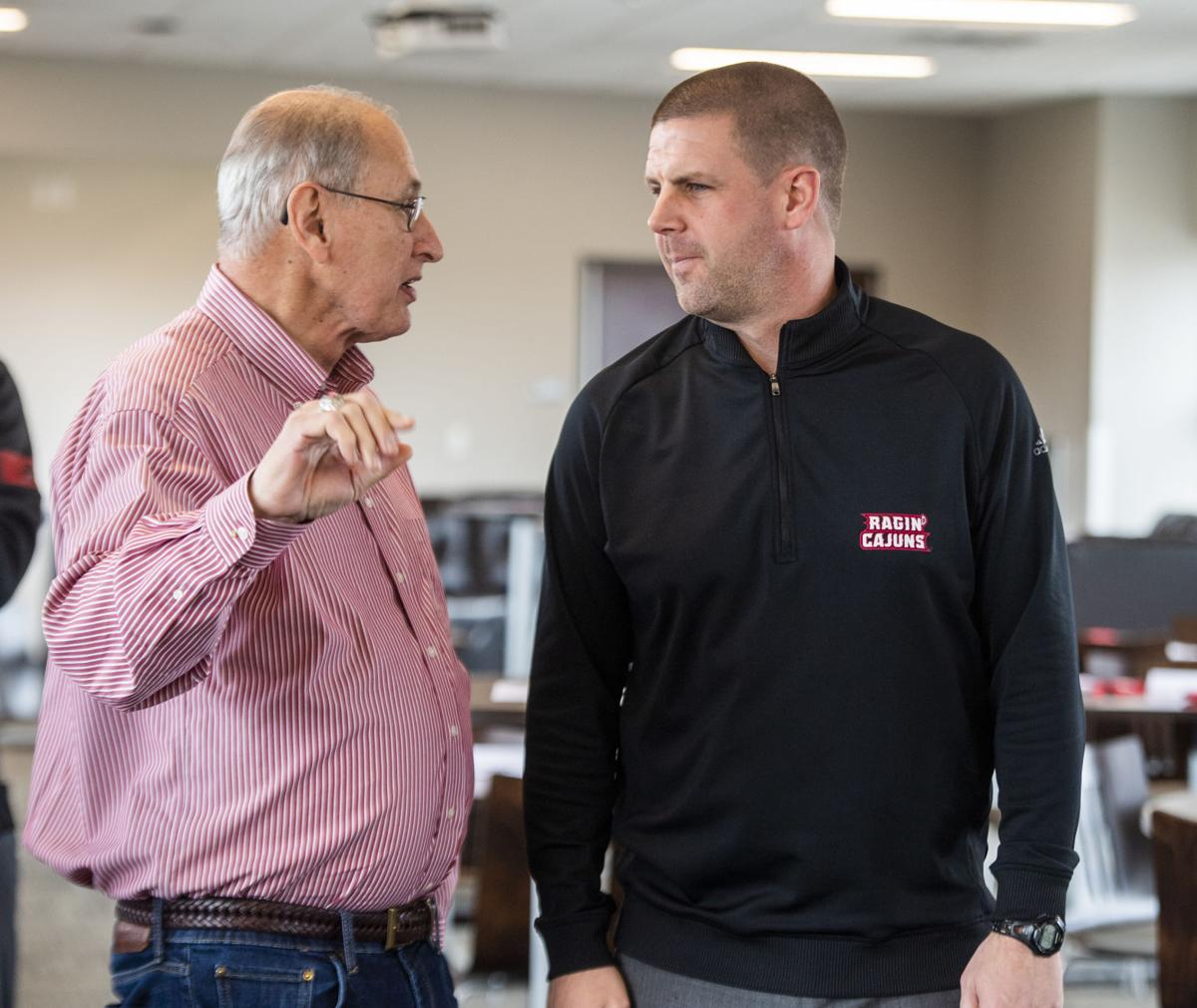 Reminding people in the room that the recruiting process never really ends, Napier hinted: “We still have a little work to do, if that makes sense. There’s still a few out there.”

For now, though, the 19-member signing class was presented Wednesday with the announcement of three new Cajuns.

The other 16 were discussed at the early signing day in December.

The formal gathering is scheduled for noon Wednesday at the Russo Park Stadium Club, with doors opening at 11:30 a.m.

“We’ve got good players at about every position in this class,” Napier said. “I’m happy about all of them. There’s not one I’d throw back right now. This ain’t finishing now. We ain’t throwing them back. They’re all what we were looking for.”

“The big thing there is we had a relationship with 'Tonk' throughout the entire process,” Napier said. “He was one of the first players that we offered in this cycle of players. He had lots of activity through the entire process and we really stayed in touch with him throughout.

“I think the thing that probably stood out to him was the consistency. Coach (Tim) Leger did a really good job not only in his area and staying in contact with the kid and his family.”

After landing 17 football prospects during the early signing period in December, UL will likely add a few more to the mix next Wednesday, acco…

“I think he can help our team and I think we can help him,” Napier said. “Great fit. We expect him to enroll in class the next couple of days.

“The guy’s got length, he’s got speed and if he does what he’s supposed to do, he’ll develop into a really good player one day.”

The 6-3, 310-pound Narcisse had committed to Tulane and Louisiana Tech before settling on UL.

“We’ve been chasing Mason for a long time,” Napier said. “We thought we had him in the boat a few times.

“He’s a bright kid that comes from a tremendous family. He’s a good student. He’s a guy I think is going to grow into a really good player.”

“He’s a guy that maybe went under the radar,” Napier said. “He grew and gained weight as a senior. If you look at his film, you’d be impressed with what you see. He’s 6-3, 270. There’s a lot of long, tall people in that house, in that family.

“He’s young in the face. I think he’s a guy who's still growing up. I watched him practice basketball last week — very impressed. He’s got a chance to be a really good player.”

The Cajuns’ haul were ranked by multiple recruiting services as the top recruiting class in the Sun Belt.

“There’s something to be said for the rankings, but also I think you can get a little too caught up with it,” Napier said. “I think they are more accurate that maybe they were 10 or 15 years ago because there’s so much exposure.”

Napier’s emphasis Wednesday was on his program’s recruiting formula being rewarded.

“It truly was a team effort,” Napier insisted. “That was a common theme when you meet with these families at the end of a visit, or go sit in their living room and talk to them about our program.

“At some places, one person may be recruiting that kid or his family. At our place, it may be eight, 10, 12 people that are contributing. I think that part of our plan is working.”

When it comes to UL's newest football commitment, St. Charles Catholic defensive tackle Mason Narcisse, the writing seems to have been on the …

The program’s approach focuses on “on height, length, verified speed, explosive ability, their character, what type of production, competitive spirit, certain level of intelligence and what type of communicator they are.”

And apparently part of the approach is also to recruit families, not just players.

“As a whole, one of the things that comes up with our staff when we’re talking about this group is there’s a lot of stable, consistent kids in this group that come from great families that are good students, that have great reputations in their schools and certainly a lot of production as players,” Napier said.

As for as other signees in the near future, Napier said to expect more kickers on the roster soon, whether they're on scholarship or preferred walk-ons.

LSU defensive coordinator Dave Aranda is expected to be Baylor's next head coach.