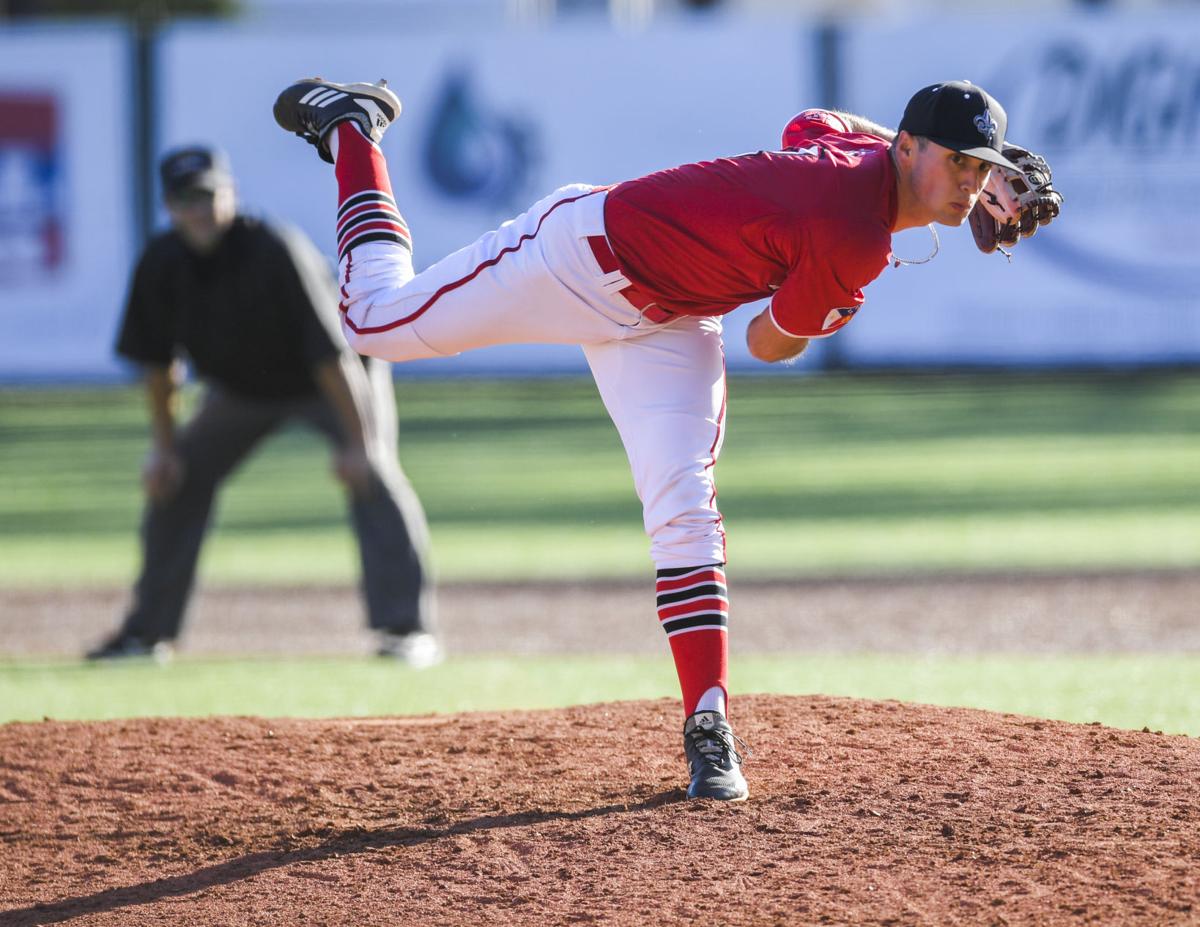 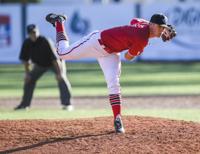 UL pitcher Connor Cooke figures to be a top candidate for the weekend rotation in the spring for the Cajuns. 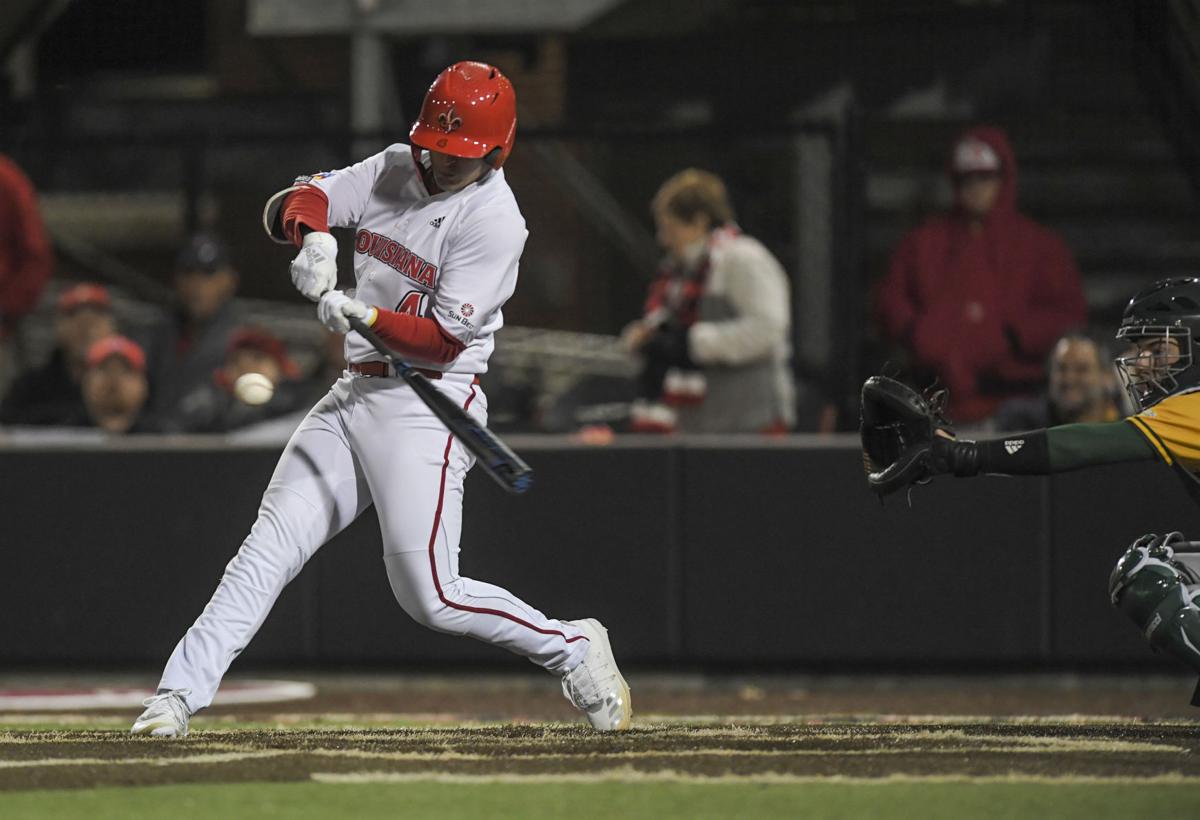 UL center fielder Brennan Breaux is one of the few expected starters coming out of the fall.

UL pitcher Connor Cooke figures to be a top candidate for the weekend rotation in the spring for the Cajuns.

UL center fielder Brennan Breaux is one of the few expected starters coming out of the fall.

“It’s hard to get off and gain traction immediately, because there’s a bunch of different protocols you have to follow now,” Deggs said. “You may have everybody or you may not. For a planner like myself, it’s incredibly hard to prepare for.”

Now that the fall season over, Deggs likes the results as he continues construct his plan for the Ragin’ Cajuns’ spring season.

“I think they did a great job,” Deggs said. “We talked all summer. The teams that will excel this year are the teams that are adaptable and can respond and can overcome this new set of circumstances that everybody’s facing.

“We were able to have six really good weeks on the field. We saw a lot of good stuff and a lot of stuff we need to work on.”

In a year of uncertainty, Deggs left the fall convinced of his team’s strengths and the areas in need of improvement.

Deggs said there are as many as 10 options for significant innings, possibly more.

"It’s partly of the COVID effect and partly because there were only five rounds in the (pro) draft, so we were able to stockpile and hold on to some really, really talented arms,” he said.

“(Durke) pitched beyond his years this fall,” Deggs said. “He’s got everything you’re looking for — a mid-90s power fastball going downhill, a wipe-out curveball and the makings of a really good change-up. He’s got a lot of poise for a kid his age. I have no doubt he can get outs right now and do it very effectively.”

Perhaps not as celebrated coming out of high school, Menard was also impressive.

Arrighetti originally signed with TCU, before transferring to Navarro.

“(Arrighetti) was consistent low-90s with three pitches and a really good tempo and attack,” Deggs said. “He understood what he was doing up there. He just had a really good fall.”

Christie could be the diamond-in-the-rough candidate.

“He’s still a little raw, but coming into his own,” Deggs said. “He’s a physical 6-foot-4 kid with a great frame. He really knows how to compete. I thought he stood out and held this own this fall, and he’s only going to get better and better.

“He reminds me of Ross Stripling, who we had at (Texas) A&M that’s had a really nice big-league career. At the same point in their careers, he’s very similar with a good downhill attack and angle.”

Deggs said Schultz is among the candidates to close down the road. Angel has been up to 98 mph in the fall and has added a four-seam fastball to contain his movement and Cooke “needs to be right up toward the top to start games for us.”

Also, on the two-way players from a year ago — Will Moriarty will just pitch this season, while Brandon Talley’s “hitting matched his pitcher in the fall.” So Talley will pitch some and remains a candidate to start at first base.

All of that high praise for the pitching staff means “the onus is going to be on the offensive side” to make sure the Cajuns are balanced enough to threaten for a Sun Belt crown in the spring.

“Are we going to be able to get five or six runs a game?” Deggs asked. “If we do that, I really like our chances.”

That points to a major topic of conversation in the spring. Do you back up the pitching with the best defense possible, or the best hitting lineup available?

“That’s a great question,” Deggs said. “That’s kind of where I’m at right now, because we are really versatile.

“I do believe we can put a lock-down defense out there. I think you’re going to give up a little bit.

But the way that we pitch it, that may be the way to go more times than not.”

The top question in the lineup in replacing Milwaukee’s fifth-round draft choice Hayden Cantrelle at shortstop.

“He really shined in the fall,” Deggs said of Borgogno. “He’s built for our system. He understands how to shorten the field and put together really good at-bats. How to communicate and help the pitcher along as well.”

“It’s just a matter of him putting it all together,” Deggs said of Lada.

Typically, the one not picked to start right away in a battle like that can move to second or third base. Deggs didn’t eliminate that option, but didn’t predict it either.

“That was one thing that we addressed in our recruiting was our infield depth,” he said.

In other words, he also like his options around the shortstop.

For example, third baseman Kevin Fitzgerald “was our best hitter in the fall.”

“He’s a left-handed hitter, gritty, kind of a throwback guy,” Deggs said. “He kind of reminds me a lot of (ex-Cajun Tyler) Shug Girouard. He defends extremely well. He has a lot of awareness of where his barrel is at the plate. He’s got some pop in him. He puts the ball in play. He’s a guy who can make things happen.”

Sam Riola and Jonathan Brandon are among the top options at second base.

The other logjam of talent is at catcher with Julian Brock, Nick Hagedorn and Texas A&M-Corpus Christi transfer Drake Osborn.

“(Osborn) was one of the standouts of the fall,” Deggs said. “I knew he was a tremendous catch-and-throw guy who had a knack of getting big hits … a lot like (departing catcher Sebastian) Toro.

“He just seems to find the right spot to come up and get it done.”

Hagedorn and Brock could also be options at designated hitter and/or first base.

There are plenty of options there as well, though. Ben Fitzgerald was moved to first from right field and “took right to it,” in addition to Talley.

Then there’s the outfield, which “is something that I think can be a real strength for us.”

Senior Brennan Breaux is the mainstay in center as “as an older player with a lot of veteran leadership skills and qualities. He had a tremendous fall.”

Freshman Carson Roccaforte from Port Neches, Texas hit lead-off throughout the fall and “I think he’s a kid who is going to cement himself in one of those spots.”

That only leaves one spot remaining in left with Tyler Robertson, Alex Hannie and Conner Kimple as the top candidates

“He (Robertson) is in that athletic type mode that we had a lot here in the past with guys like Dex Kjerstad, Seth Harrison, Caleb Adams. He hasn’t come into his own yet, but he’s 6-4, 210. He can really run, he can throw, he’s got pop.”

LSU transfer C.J. Willis is an option at first, third and the outfield.

“We can put an offense out there that I think are full of guys that will possibly play professionally one day, but maybe we’re still a little raw in some areas,” Deggs said. “We’ll just kind of see we how that comes together.

“The best mix we found was your rock-solid guys sprinkled in with a couple of prospects.”

When 6-foot-5, 333-pound Tayland Humphrey transferred to UL from Florida International before the 2019 season, there were many questions to be…