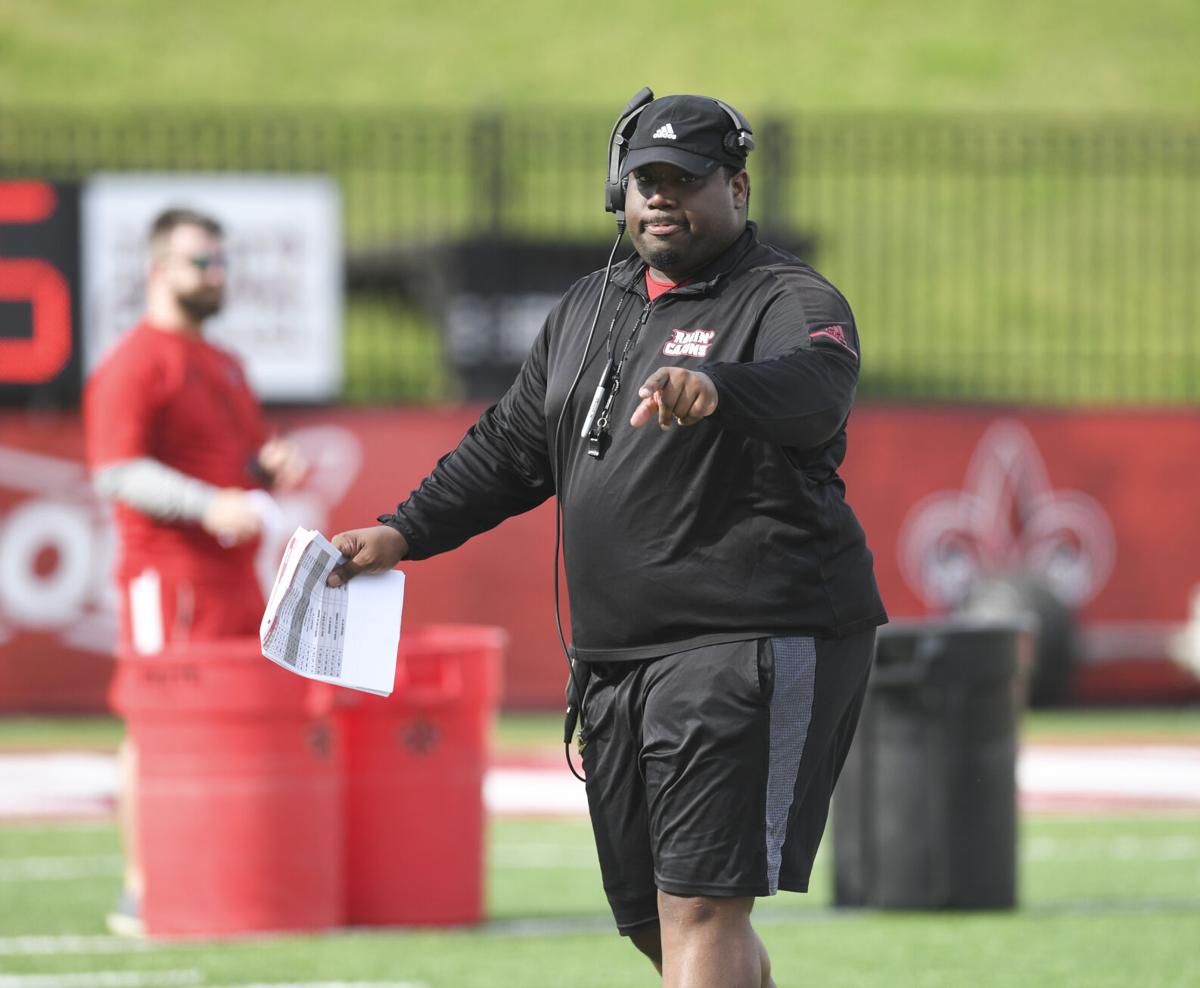 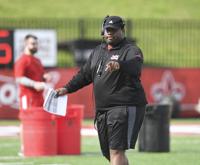 The influence of former UL assistant coach D.J. Looney, who died of a heart attack on Aug. 1, is still being felt with wide receiver Martavious Davis of Attalla, Ala., issuing a verbal commitment to the Ragin' Cajuns largely because of the roots set by Looney's personable approach to recruiting. 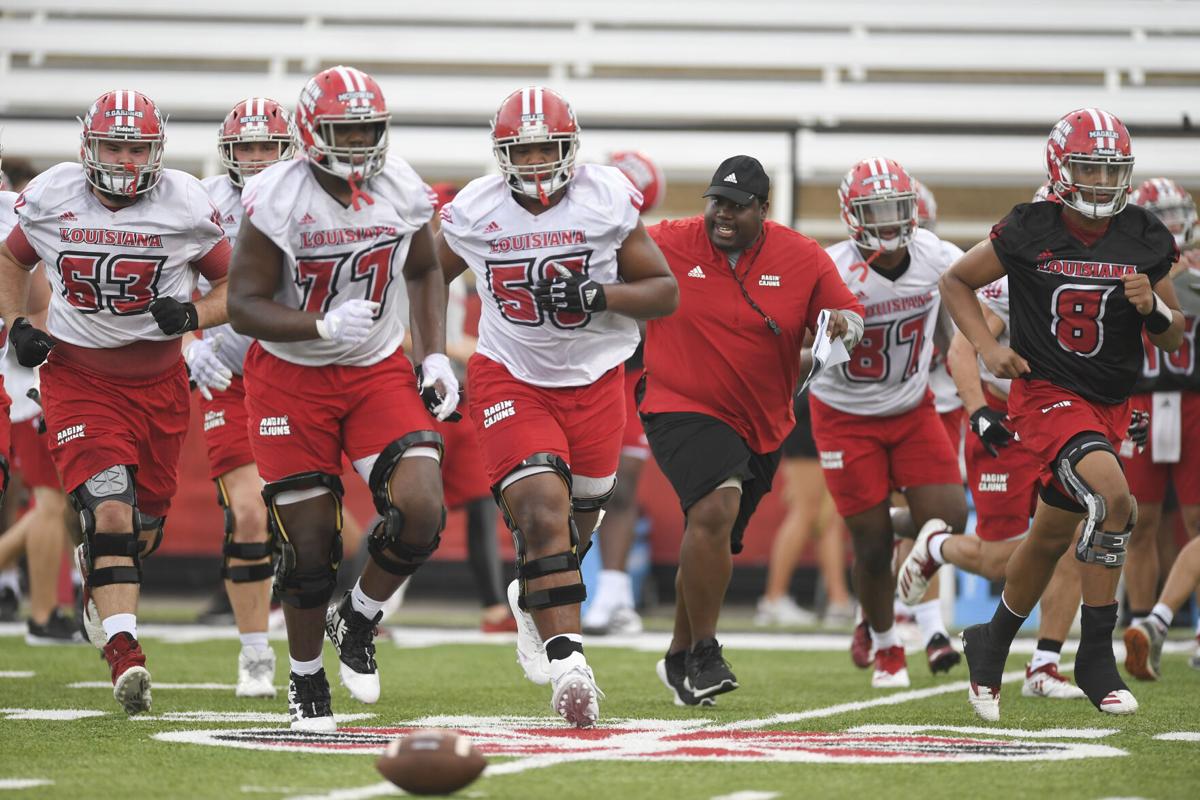 Coaching colleagues say no assistant coach on UL's staff was closer to Ragin' Cajuns of all positions and backgrounds than offensive line coach D.J. Looney, who died Saturday after suffering a heart attack in a team workout.

The influence of former UL assistant coach D.J. Looney, who died of a heart attack on Aug. 1, is still being felt with wide receiver Martavious Davis of Attalla, Ala., issuing a verbal commitment to the Ragin' Cajuns largely because of the roots set by Looney's personable approach to recruiting.

Coaching colleagues say no assistant coach on UL's staff was closer to Ragin' Cajuns of all positions and backgrounds than offensive line coach D.J. Looney, who died Saturday after suffering a heart attack in a team workout.

D.J. Looney was an offensive line coach for the UL Ragin’ Cajuns.

But to everyone involved with the program, that title doesn’t begin to describe his impact on their lives.

The 31-year-old Looney died of a heart attack Saturday morning during a team workout, leaving a void few are capable of filling.

“The thing I’ll remember about D.J. that everyone who knew him would say is that he was just happy all the time,” UL tight ends coach Michael Desormeaux said. “He brought joy to everybody else. That’s the thing that was special about him.

“Everyone he was in contact with had a better day because of him. Really, that’s probably the best thing you can probably do in life, make other people happy.”

Sure, that included the offensive linemen he coached directly, but Looney never felt any limitations on the lives he could touch as a coach.

“He just had a tremendous ability to connect with people,” UL wide receivers coach Tim Leger said. “He just had that unique ability. Every kid gravitated to his office. He did that better than anybody I’ve ever been around.”

In addition to the position, the issue didn’t matter to Looney either.

“We used to pick on him,” Leger said. “You’d look in there one minute and he’d be helping somebody with financial aid on the computer. Then the next minute, he’d have a guy in there and he’d be tearing into him pretty good because he hadn’t been living the right way.

“Then 20 minutes later, he’d have another guy in there trying to help them schedule his classes, and all of them play different positions from different parts of the country.”

It worked the same way with the coaching staff.

Foote: Sun Belt plans to give option to play full 12-game schedules, but many conflicts arise

UL athletic director Bryan Maggard said July 14 “if the Power 5s decide to do conference-only, I’m not convinced that would dictate the Group …

“Everything with D.J. was natural,” Desormeaux said. “With the kids, he fit in seamlessly. He didn’t have to try to relate to them. It was easy for him. He was best friends with the graduate assistants on our staff and he’s best friends with guys like Sam Pittman, who is an older guy whose been coaching forever. He had no disconnect with any group on the team.”

It’s one thing to be nice and polite. It’s another to go the extra mile to illustrate you genuinely care.

Leger said Looney didn’t just ask about his wife every now and then.

He didn’t just ask how his son Gunner was doing, “he wanted to know what his day looked like and what he was doing right then. He’s trying to get the details of every situation. He’s really unique in that regard.”

Furthermore, Leger recently built a new home — at least he thought it was his most days.

But don’t mistake Looney’s genuine kindness with his ability to get tough with players on the practice field.

“On the field, he was probably a little bit more demanding than he’d be in your day-to-day interactions with him, but there was never a doubt in the way that he coached them that he loved every kid,” Desormeaux said. “No matter which position it was, that’s something that was consistent with him daily. He was a great teacher. He did it in a way where he demanded your best and you knew that was because he thought you could do better.”

Looney was born in Chattanooga, Tennessee, and grew up in Birmingham, Alabama, where his parents still live. To those he met during his two years in Cajun Country, though, Lafayette is where he belonged.

“D.J. fit in so well here because he fit this culture,” Leger said. “He’s hospitable. The door’s always open, he wants to help you. He enjoyed good food and good people. Everything about our culture in South Louisiana fit D.J. Looney. He loved it here.”

Leger said Looney’s father explained his son had dreamed of being a college football player and coach going back to his middle school days during the university's celebration of his life Monday evening.

“He was doing exactly what he wanted to do, exactly how we wanted to do it and in a place he absolutely loved,” Leger said.

“The guy’s career wasn’t even started compared to what it was going to be,” Desormeaux said. “He had an unlimited potential to what he could do.”

Recruiting is about anticipating potential.

First, it was Tyrell Fenroy with four straight 1,000-yard seasons.