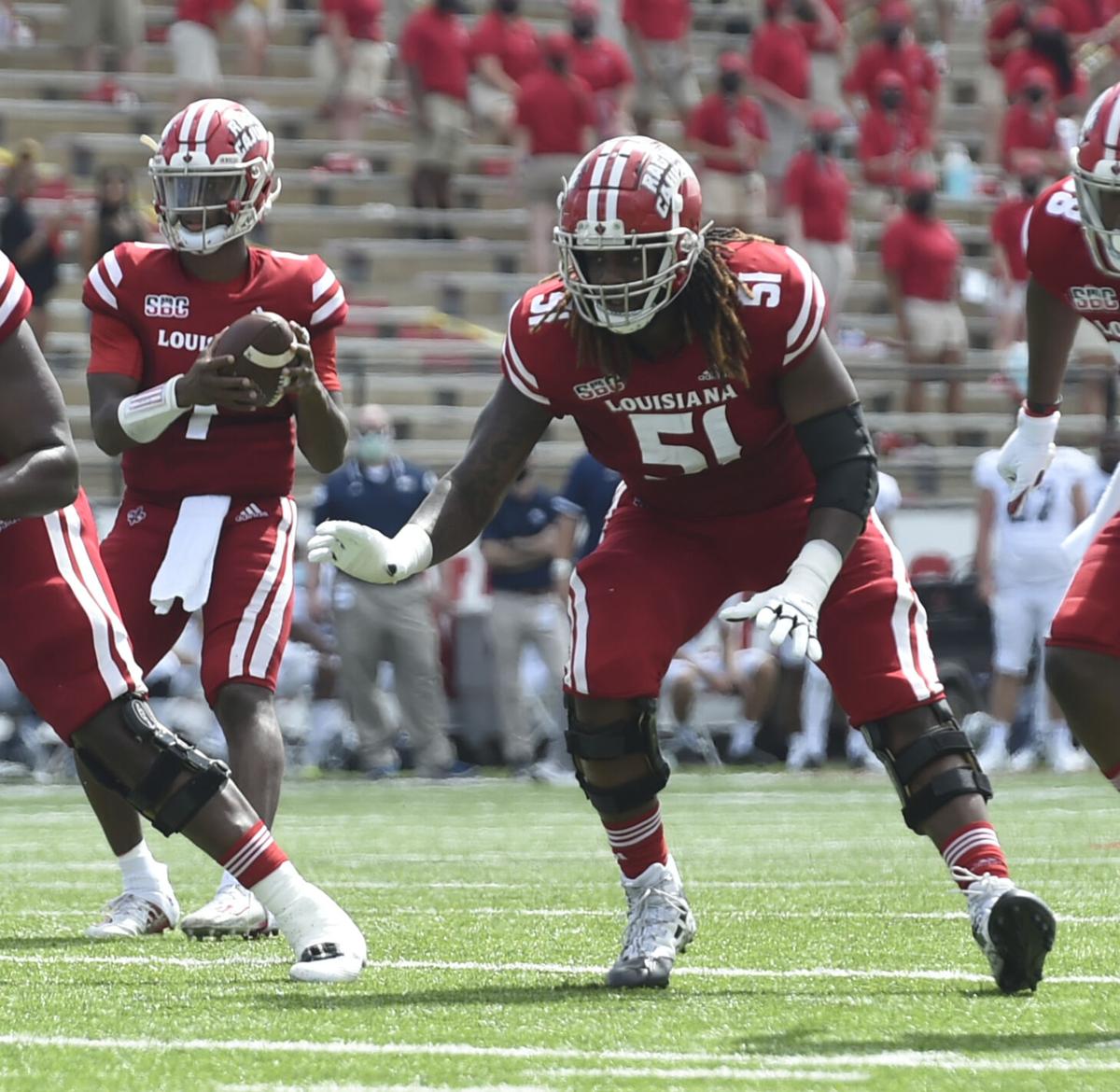 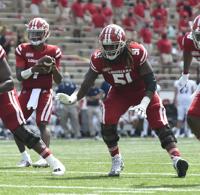 UL offensive tackle Zach Robertson (51) is getting more adjusted to his new team each week. 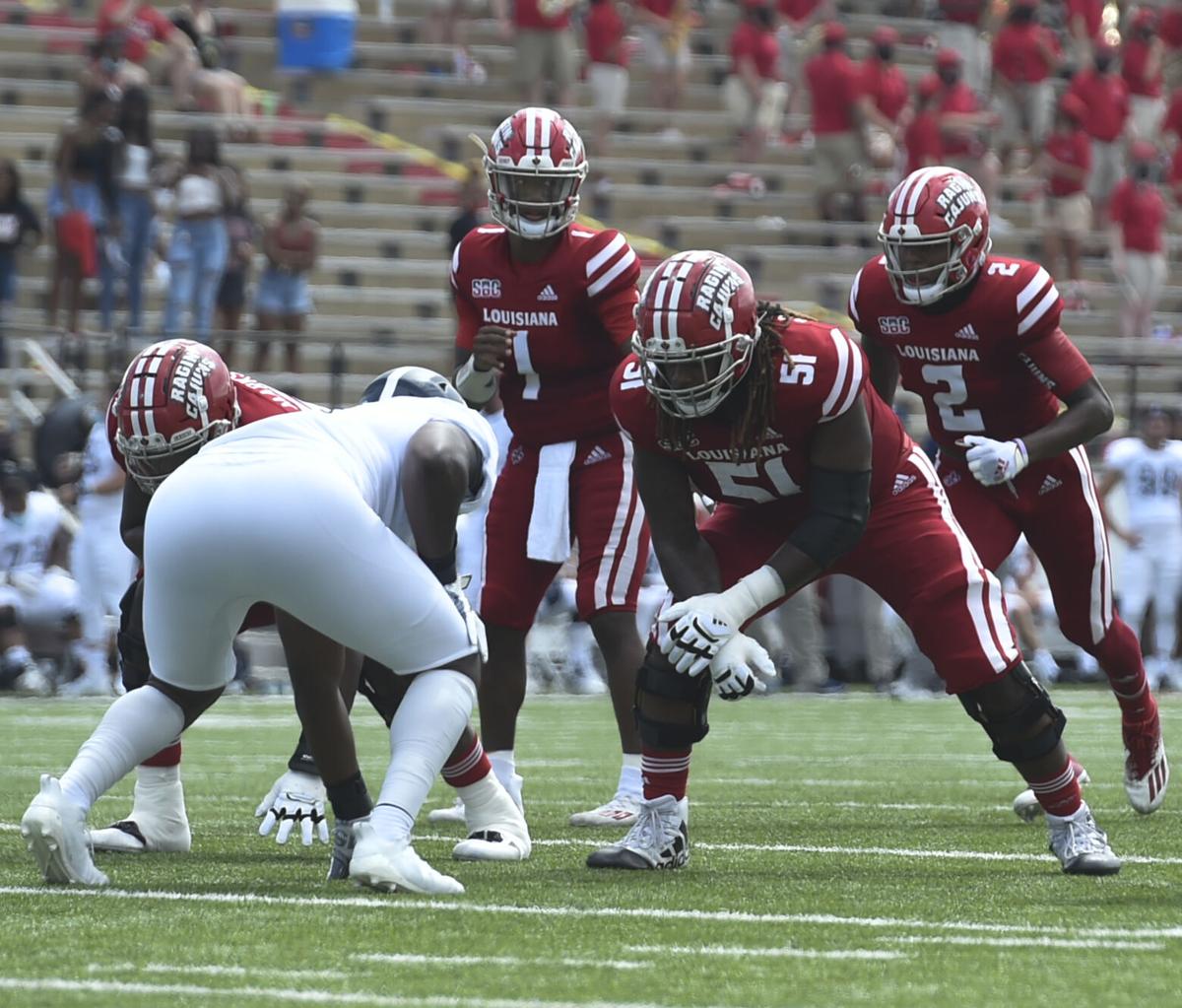 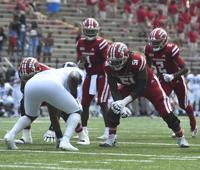 UL offensive tackle Zach Robertson (51) said he had to conquer some mental health issues after leaving Arizona State's program before joining the Ragin' Cajuns this past June.

UL offensive tackle Zach Robertson (51) is getting more adjusted to his new team each week.

UL offensive tackle Zach Robertson (51) said he had to conquer some mental health issues after leaving Arizona State's program before joining the Ragin' Cajuns this past June.

The former Arizona State left tackle didn’t play football at all in 2019.

When the Sun Devils arrived for August camp, he had left the team for “personal reasons,” according to reports.

“I wouldn’t say scratch, but I would definitely say it was almost like cutting it in half,” Robertson said of where his game was at. “I knew with the time that I had been out, there were a lot of things I had to wrap my head around with the speed of the game, things like that.”

His move from Arizona to Cajun Country was a way of starting over for Robertson — in many ways.

“In terms of sitting out (last season), I went through a lot of issues,” Robertson said. “I went through depression, anxiety. The way I was raised, there wasn’t an emphasis to make sure those things are OK, your mental health is OK. It got to the point where it overwhelmed me and I made wrong decisions.”

With those choices came consequences.

“I had to sit out,” he said. “I basically didn’t know if I was ever going to play football again. Those two things scared the hell out of me.”

Suddenly, football was no longer the No. 1 priority in his life.

He had to get his mind right and get his life back on track before football would be possible again.

“I made sure I took pride in that and I got the help that I needed,” Robertson said.

UL's next game moved up to Oct. 10; homecoming pushed back to Nov. 7

UL’s next scheduled football game has been moved to Oct. 10.

That focus continued upon arriving in Lafayette.

“Even here at UL, I make sure I talk to somebody, I talk to counselors — somebody that’s going to keep me grounded,” Robertson said. “I think I’m in the best position, the best shape in terms of mental health.”

Robertson appreciated Arizona State’s staff promising not “to bad-talk my name to anybody” and offering a recommendation elsewhere.

UL quickly became Robertson's choice because of existing relationships with UL head coach Billy Napier and offensive coordinator Rob Sale after their year on the Sun Devils’ coaching staff before coming to UL.

“It was huge,” Robertson said. “I had a few other options that I was considering. They were kind of blown off the table because of the fact that I knew Sale and I knew coach Napier and I knew the system a little bit more.”

And, frankly, there wasn’t time to start from scratch.

“The first opportunity we had to work with him was in July, because everything was voluntary in June,” Napier said. “He’s a rookie player, truth be known.

“I know he started quite a few games in the past, but I think a year off in a new system, a lot of those things are adding up there. But we’re pleased with Zach. We’re glad we got him and certainly he’s got an opportunity to grow into a really, really special player as time goes here.”

It didn’t take long for Robertson to realize he had some catching up to do.

After two close calls to open Sun Belt Conference play with an overtime road win and another one on the last play of the game, the UL Ragin’ C…

“When you’ve been playing for years and years, you don’t think about those things, but I definitely had to shock myself into football,” he said. “Once I felt was it was like to play at a high level again, it felt really good.

“I think the summer helped, all the preparation helped.”

While football became a priority again, Robertson didn’t hide his other issues. He both addressed them and encouraged his teammates to take care of their mental health as well.

“I do think there’s a lot of guys in general in our position, how old we are with how much burden we have to shoulder every day,” Robertson said. “I think we definitely have to talk to people. Our mental health is so important. Without any type of stability, it’s going to be hard to think about football, school or women — or all those things that come with that (college age). I’m definitely an advocate on our team about talking to somebody.”

“I got Tyler Brown to get himself someone to talk to,” he said. “It doesn’t have to be a counselor, just somebody you can trust that will talk to you and lead you right when you’re down.”

As stressful as 2020 has been for everyone, Robertson credited UL’s coaching staff for helping make it easier by directly addressing the issues.

“We’ve taken time and our coaches have done a great job about that, taking time, ‘OK, let’s talk about this video we’ve seen on Twitter,” Robertson said. “Let’s talk about these issues that are going on.’ We’re not just sitting there beating around the bush about those type of things. It makes us grow.

UL-App. State game postponed to December due to more positive tests for Mountaineers

The weekly COVID-19 cancellations that have impacted college football programs across the country have finally hit home for the UL Ragin’ Cajuns.

When it was time for the season to begin, there were still obstacles to leap, but the Bellflower, California, native was able to do so with a clear mind.

"I would definitely say that it took me about a quarter or two to say, ‘Man, I’m here,’" he said. "A year ago when I was sitting at home and not doing much, I was like, ‘Man, it seems so far away.’ First game, it was way too long overdue. I had to get those jitters out. I had to get that play-speed back.”

Naturally, there’s room for improvement, but Napier said he is pleased with the progress.

“It’s going well,” Napier said. “He took a big step forward (at Georgia State). We felt that he played much better in the second game. I think we’ve got to understand that he take year off from football and he didn’t have a typical offseason given the pandemic and certainly the fact that he didn’t arrive until June.

“I think he’s got a lot of height and length. He’s a good athlete. He does his job. Physically, he’s capable of playing with power. He’s got enough athletic ability to win on the back side and on the front side on a stretch play. And then he’s done a good job in protection.”

Both on and off the field.