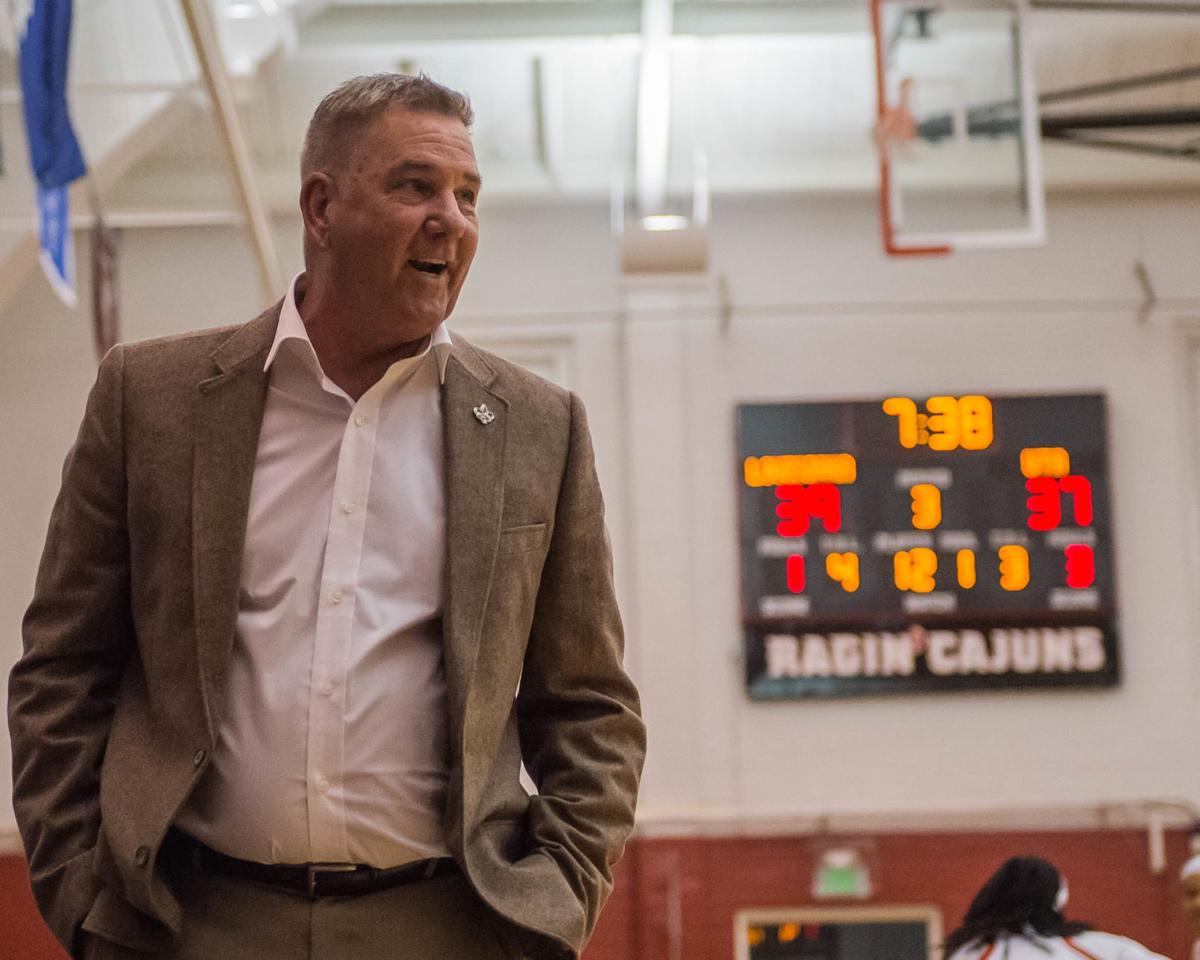 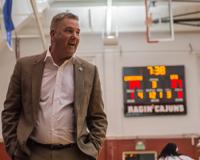 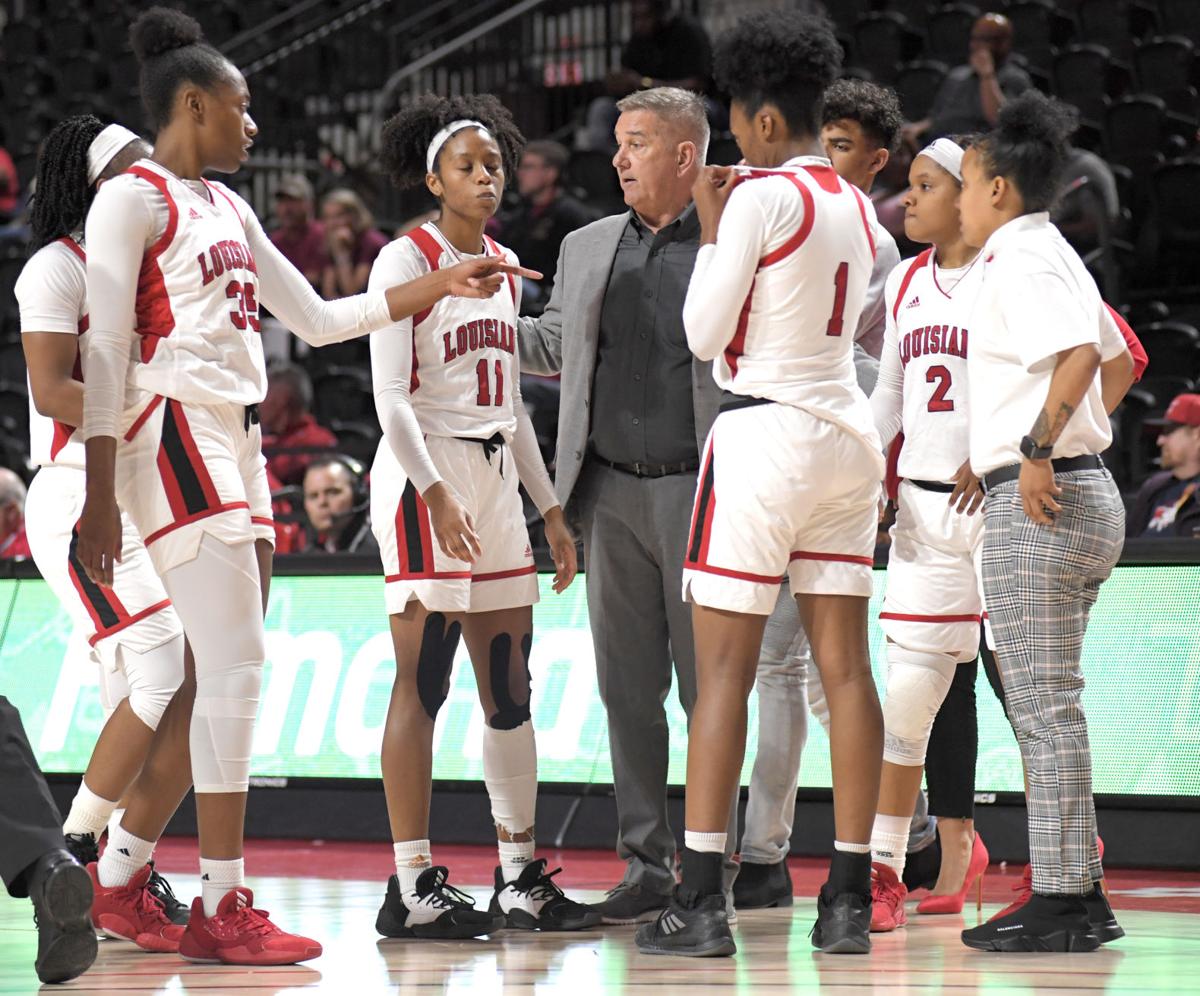 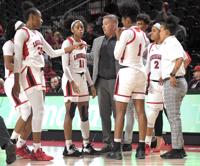 UL head coach Garry Brodhead, center, talks to the team during a time out against Texas State in their Sun Belt women's basketball game at the Cajundome on Saturday, March 7, 2020 in Lafayette, LA.

UL head coach Garry Brodhead, center, talks to the team during a time out against Texas State in their Sun Belt women's basketball game at the Cajundome on Saturday, March 7, 2020 in Lafayette, LA.

It’s been a long, stressful, sometimes miserable year for so many in the Acadiana area and beyond.

And while UL women’s basketball coach Garry Brodhead both sympathizes and aids in the plight of some of 2020’s victims, excuse him if he’s walking around town with a huge smile as positive as anyone can be.

Some of it is just a mindset these days for Brodhead.

As he gets older and wiser, his perspective strengthens.

“I’ve changed through a lot of therapy and a lot of help from (UL sports information) Josh (Brunner) and people around me, I’ve become more positive,” Brodhead said. “I’m not even half full, I’m full. My glass is full.”

Brodhead is entering his ninth season as UL’s head women’s coach. It was his dream job at the time.

Only now he’s living that dream with different outlook these days.

“I changed my attitude a few years ago,” Brodhead revealed.

Going back to the days of repeatedly hearing he was just a high school coach not ready for the collegiate game, Brodhead took over the program with a huge chip on his shoulder.

“When I first came in, I was wanting to prove everybody wrong,” he admitted. “That was my goal. Now I want to prove myself right. That’s the thing I’m taking with me.”

Truthfully, he’s only a year removed from having to prove himself again. After leading the women to the program’s first four-year winning streak, a few empty recruiting classes left his Cajuns shorthanded to the tune of a 7-23 season in 2018-19.

Add the fact that the fourth season was only 17-16 and some were beginning to wonder.

But the Cajuns responded with a 19-12 bounce-back campaign a year ago. The team was headed to the final four of the Sun Belt Conference Tournament in New Orleans in March when the coronavirus shutdown struck.

“When something is taken away from you, you always seem to fight harder to get it back,” Brodhead said. “I think that’s where our players are at.”

But he says that with a smile. It doesn’t come from bitterness. It’s motivation.

After all, Brodhead knows all the ramifications from disease full well after his wife, Andrea, died of breast cancer in 2015.

So yes, he’s sensitive to the feelings of anyone hurting these days – either from COVID-19 issues, hurricane damage or social injustice.

But he’s also emboldened by it.

“Struggles a lot of times make you better, especially young adults,” Brodhead said. “It’s something I’m very proud of these kids, fighting back.”

No, it wasn’t fun going through that 7-23 season. But it is fun taking the program back up the hill and proving any naysayers wrong.

It’s also rewarding to see his team flock to the help of a teammate from the Lake Charles area when Brandi Williams’ family needed help after Hurricane Laura.

“You talk about a culture,” Brodhead said. “You hear about football and their culture. Sometimes you build a culture and you don’t realize it until some things happen.

“To have my team go over there on a Sunday, everybody from the SID to trainers, everybody was there helping Brandi’s family on that Sunday … picking up trash and all that. It didn’t even take an effort. It was just so natural for us to do.”

He also talks of his team’s response to the other societal ills plaguing so many during this nightmarish year.

“Now it’s just so easy to do what we’re doing - no matter if it’s COVID or the social injustice that’s going on right now,” Brodhead said. “I’m so proud of my kids with the way they’re handling stuff and the team building that we’re getting from everyone.

“It’s a family. We don’t’ run away from any of it. I was taught a long time ago, don’t run away from things – run toward them and defeat them. That’s how our team is. I’m really proud of the culture we’ve built.”

While so many college teams in all sports have battled COVID-19 problems since the summer, Brodhead’s program has been trouble-free.

No one in the program – down to the trainers or sports information staff – has tested positive or had to be quarantined.

So many of the recent offseasons have been about rehabbing key contributors. This year, Makayia Hallmon had a slight shoulder problem, but essentially everyone has participated.

Even the release of the Sun Belt Conference schedule excited Brodhead for a change.

Finally, his Cajuns don’t have to open on the road in Arkansas.

“I couldn’t believe it and then to be at home to finish off the conference,” Brodhead said. “Usually we start off with Arkansas and finish off with somewhere else.

“It’s kind of exciting. I like our schedule. It’s the first time I really like the conference schedule. That’s been a big boost for us. I think our whole staff is really excited.”

While so many of his coaching colleagues are telling stories of quarantines delaying their offseason workout programs, Brodhead feels ahead of the game.

“The sports medicine staff did an excellent job of putting us in good position,” he explained. “I’m hearing from other coaches around the country that they’re just doing one-on-one right now because they didn’t do anything during the summer. I mean we have all of our kids in. I’m a big believer in individual workouts, so a lot of time we only had three kids in the gym or four kids in the gym.

“When we got to the fall, we actually kind of jumped ahead and did more team stuff. You just learn to adjust.”

Brodhead’s Cajuns are slated to open the season on Nov. 25 against New Orleans, before opening Sun Belt play at home against South Alabama on New Year’s Eve.

For so many among us, it’ll be counting down the days for Dec. 31 to get his treacherous 2020 over with.

Brodhead, meanwhile, is pinching himself every day to make sure he’s really as excited about the future and happy with the present as he feels.

“Other than being at home and being away from our kids, I didn’t find it very difficult coming back,” Brodhead said. “It was exciting coming back. Everybody was hungry coming back and having the opportunity to practice and play again.

“I honestly feel pretty good about the situation where we’re at.”