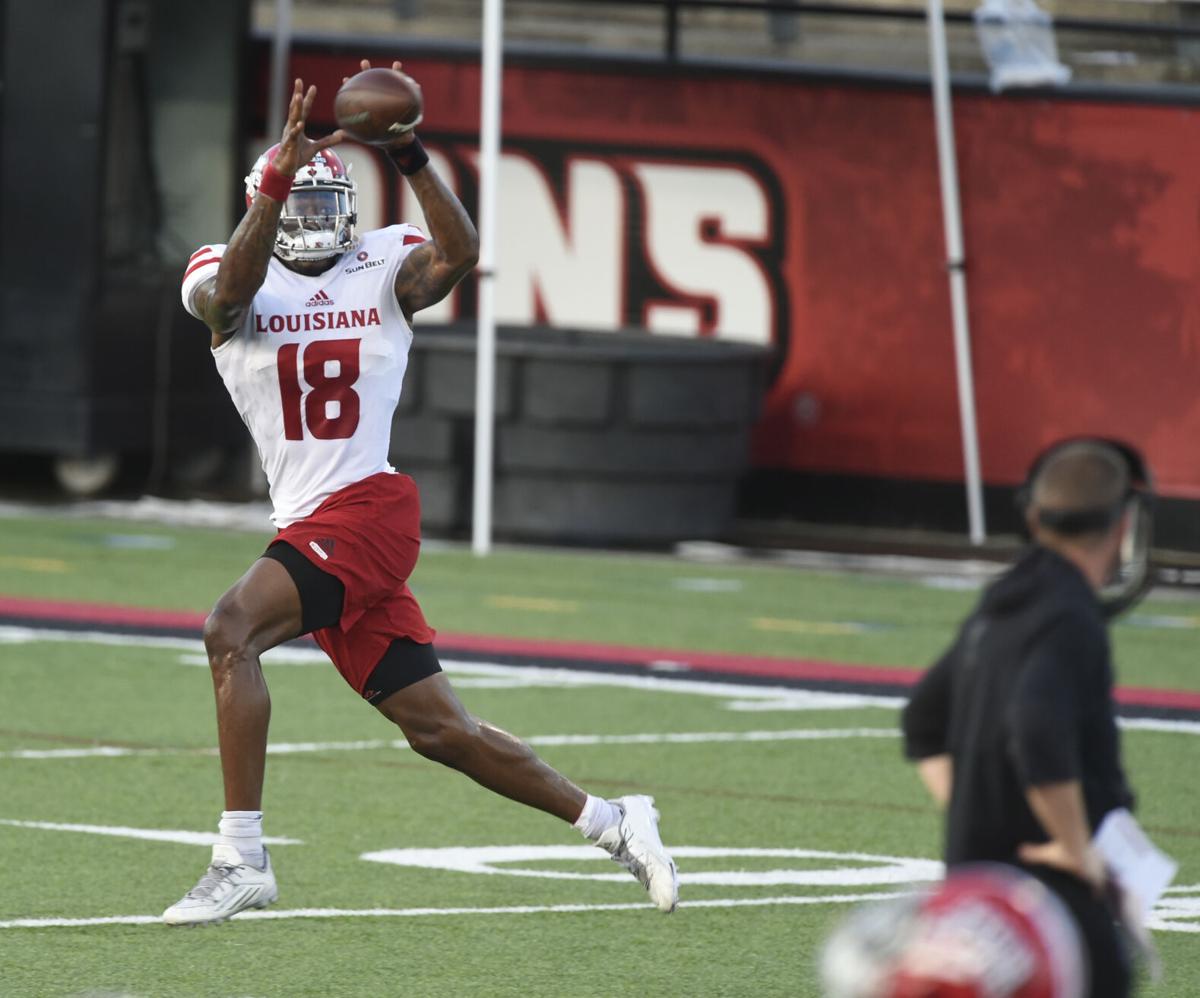 UL wide receiver Jalen Williams, shown here catching a pass during a recent Cajuns' practice, is expected to begin the season as a starting receiver this fall. 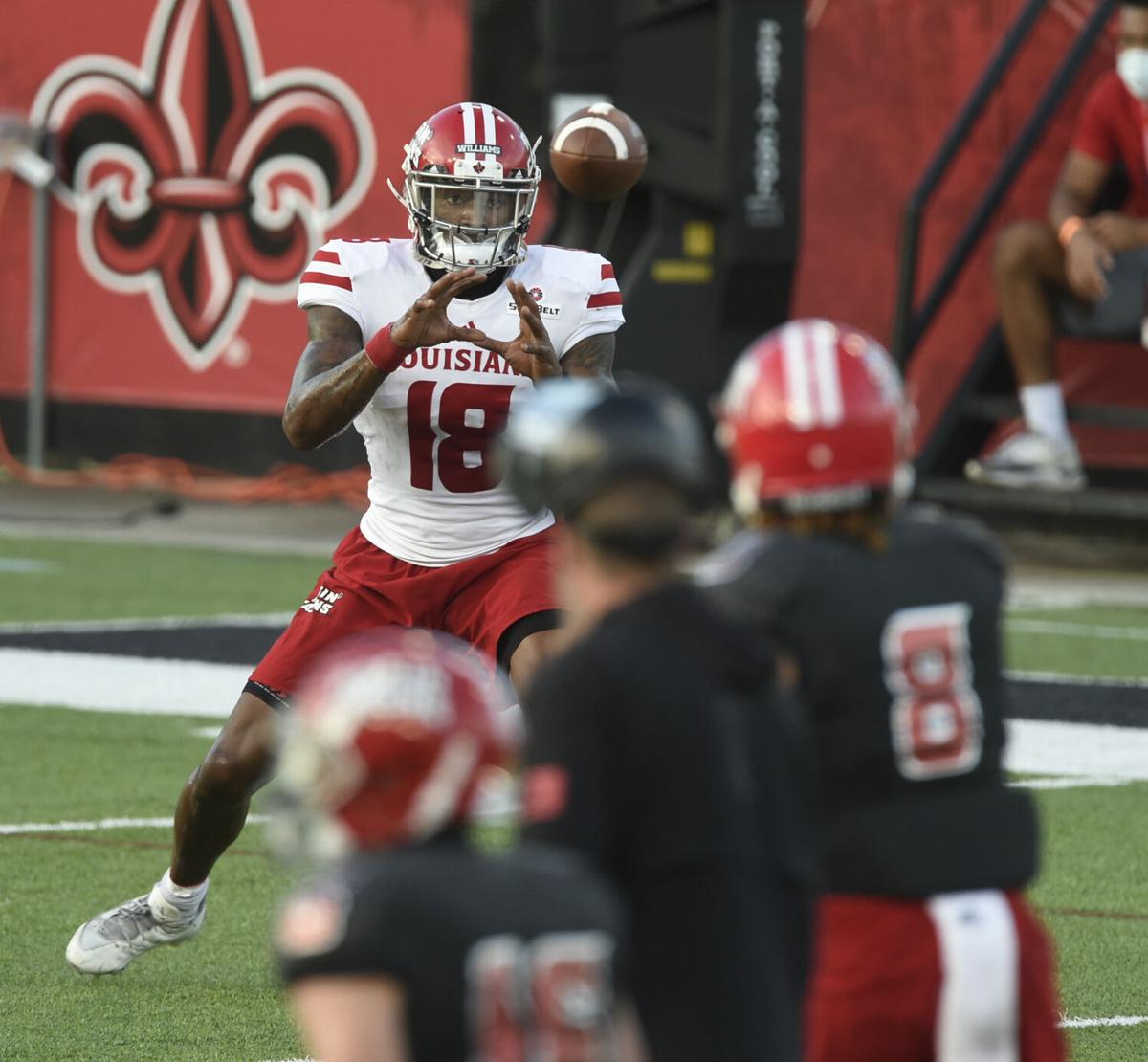 UL wide receiver Jalen Williams, shown here catching a pass during a recent Cajuns' practice, is expected to begin the season as a starting receiver this fall.

In his two and a half decades on earth, former Westminster Christian two-sport standout Jalen Williams has done quite a bit and been to quite a few places.

But no, he’s not as old as some of his teammates suggest.

“They come up with a whole bunch of stuff,” Williams laughed. “They tease me about it. They ask me how old I am and they say 30 or 35.”

Actually, the “Old Man” turned 25 this past April.

In a perfect world, a program recruits freshmen to learn for a year or two before having to be counted upon heavily.

He graduated from high school in 2013 when many of his current teammates were in middle school.

After being drafted by the Boston Red Sox in the 16th round, he played three seasons of minor league baseball before giving it up for his other dream of being a college football player.

First, he spent one year as a scout-squad walk-on at LSU before transferring to the Cajuns before coach Billy Napier’s first season at UL.

Not much happened that first season, catching five balls for 56 yards in 11 games.

Last season, though, Williams took a huge step forward with 21 receptions for 279 yards and a touchdown in 13 games.

“He made some critical plays in some games,” Napier said. “He made some great plays in the bowl game. Jalen is a big, strong guy that has body quickness and can stretch the field. I think, overall, we see continued development there. We like Jalen. He’s a leader, he’s consistent.”

Somewhere during the time the 6-foot-3, 218-pounder waited for his turn to make an impact, he resolved to be as professional as he could be.

Even though he wasn’t playing like he had for 26 starts over the previous two seasons, it’s not like Cole Prudhomme sat out of last season wit…

“It all started with me basically setting my mind to kind of become more of a receiver and just a better all-around player for the team,” Williams said. “I got in my playbook more and started watching more film, studying the defenses, and getting with Levi (Lewis) and having side talks with him about everything. Just working. That’s really it.

“Coach Napier preaches, ‘Master your craft’ and that’s basically what I’ve been trying to do the whole time.”

It’s paid off in a big way.

These days, Williams is slated to be a starting receiver for the Cajuns when UL travels to meet Iowa State on Sept. 12.

As a fifth-year senior, Williams and sophomore sensation Peter LeBlanc are the leaders of a wide receiving corps filled with question marks.

“No, there’s no pressure at all,” said Williams, who was 4-2 with a 3.17 ERA in his pro baseball career but said football was more of his passion. “We practice a lot. We work, so we have confidence in the whole group. We don’t really worry about where last year is compared to this year. We know what we have. We’re just ready to prove ourselves.”

Perhaps at no time will Williams’ maturity level be more critical to the Cajuns than this fall.

“Jalen has character,” Napier said. “He’s also another young man that has grown up and continues to get better in a lot of areas. The big thing for Jalen is last year was his first significant year of playing time at receiver, in particular, and I think he learned a lot and developed some confidence, in particular, at the end of the year.”

In many ways, the 2019 season was a matter of UL’s coaching staff holding its breath when it came to the tight end position.

The leader in Williams warns against overlooking UL’s talented class of freshmen receivers.

“I can’t really single out one of them, because they all come, they all put their head down and they work,” Williams said. “They want to get better. They want to earn playing time. I can see that fire in each and every one of them.”

Besides his age, Williams is unlike many wide receivers in other ways as well.

“Jalen is a good special teams player,” Napier said. “He’s tough, he’s physical. He’s got length. It’s very, very important for him to have a role on the team. He’ll certainly have a bigger role on the team this year.”

Secondly, he relishes the physical side of the game.

“I try to separate myself from any other wide receiver who may not have that part mastered in their game — being that physical,” Williams said. “I just try to bring something to the table that everybody may not have.”

Another big step in Williams becoming a viable option as a starter is tightening his relationship with quarterback Levi Lewis.

“In the locker room, me and him talk just about all the time,” Williams said. “We’re in the same locker block. Even on the practice field after plays, we go on the sidelines and we communicate what we did wrong and how we could get better in which areas.”

On the outside looking in, the case of the UL offensive line this fall might seem a bit curious.

In his mind, Williams has improved in every area of the game. The stage is set.

This season is the moment he’s been waiting for since leaving professional baseball four years ago.