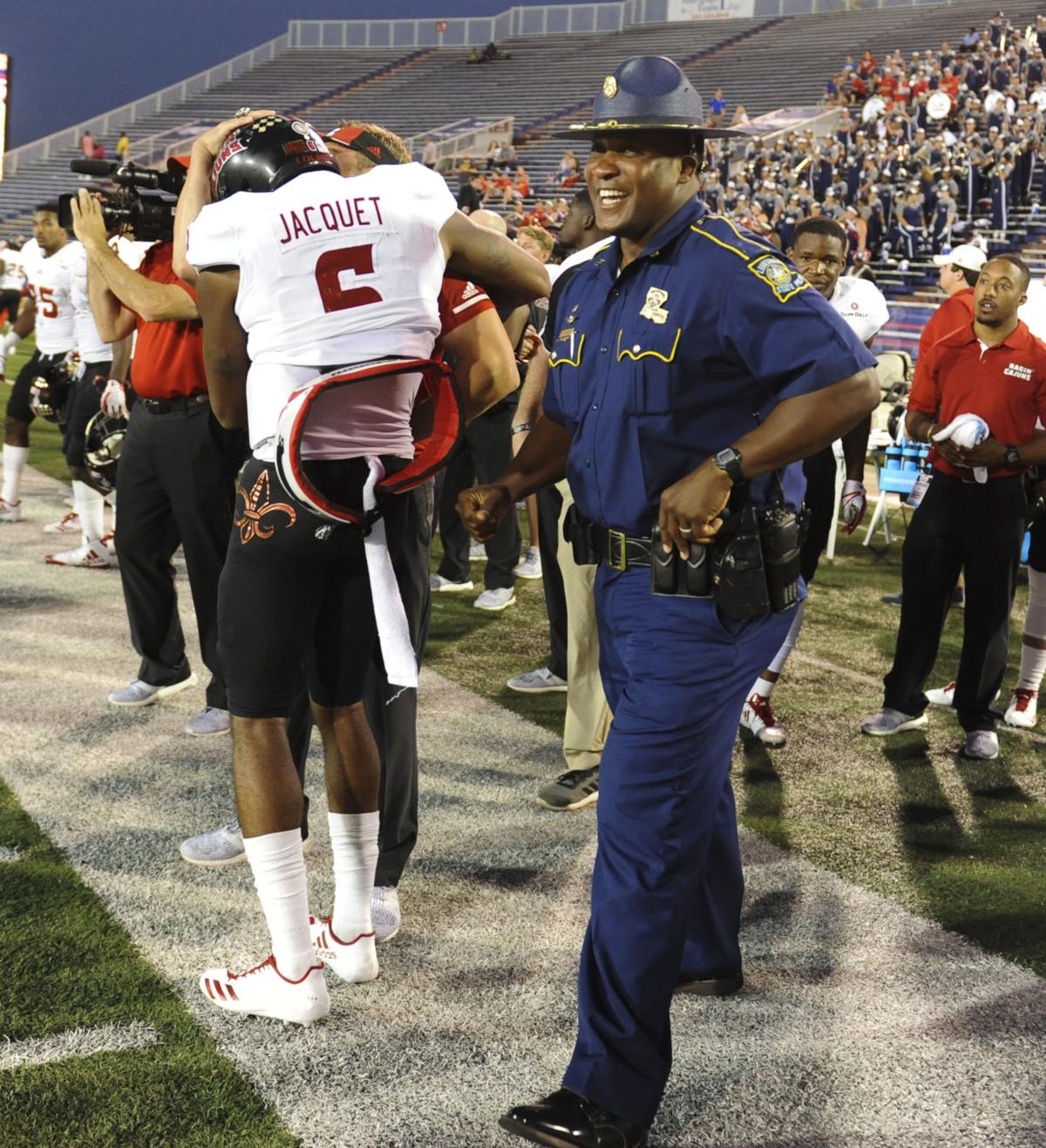 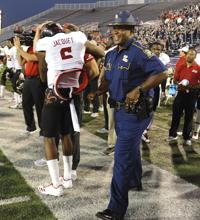 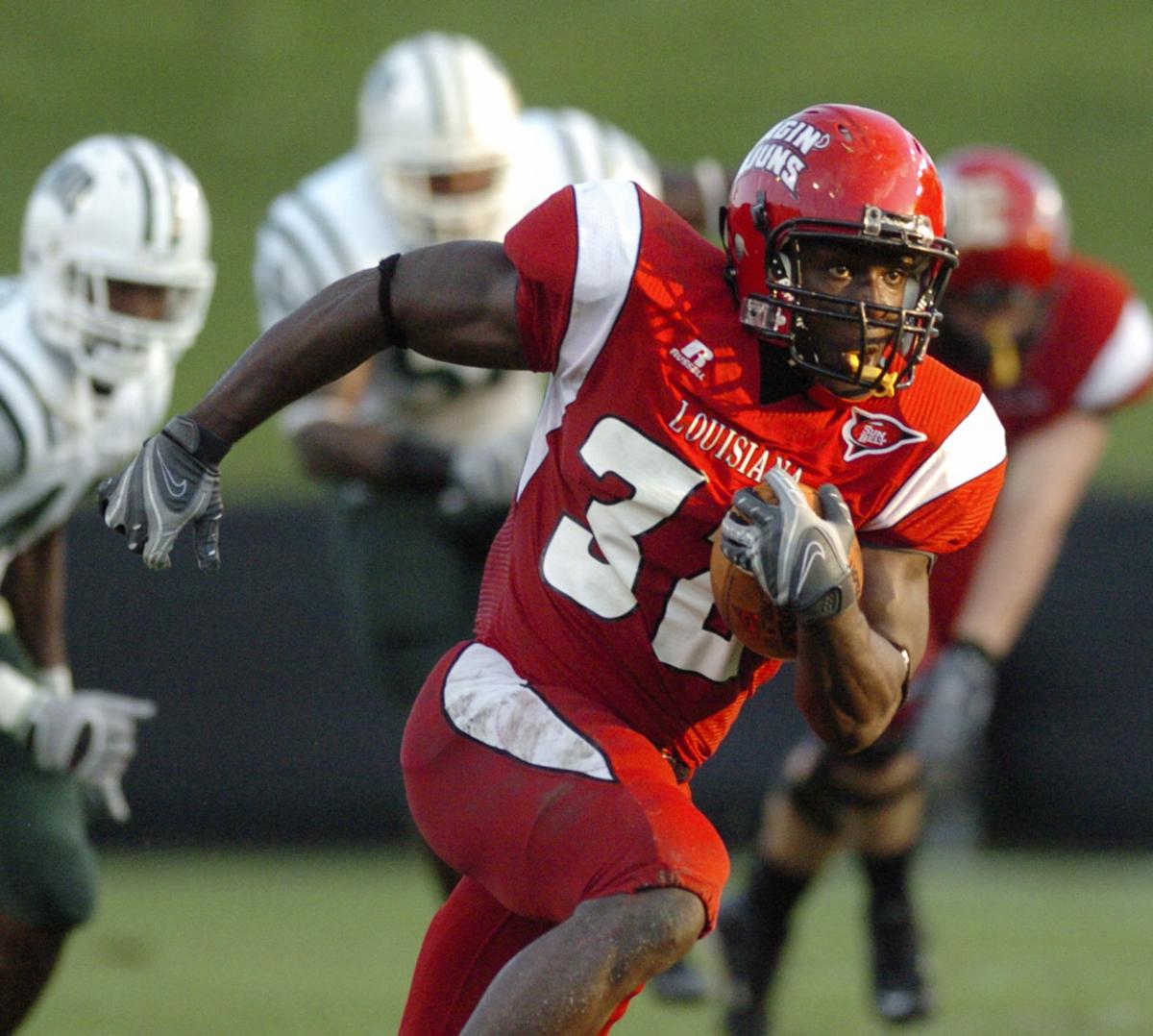 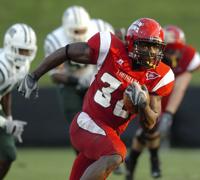 Louisiana Football running back Tyrell Fenroy runs with the ball against Ohio at Cajun Field on Saturday, June 13, 2007 in Lafayette, LA. 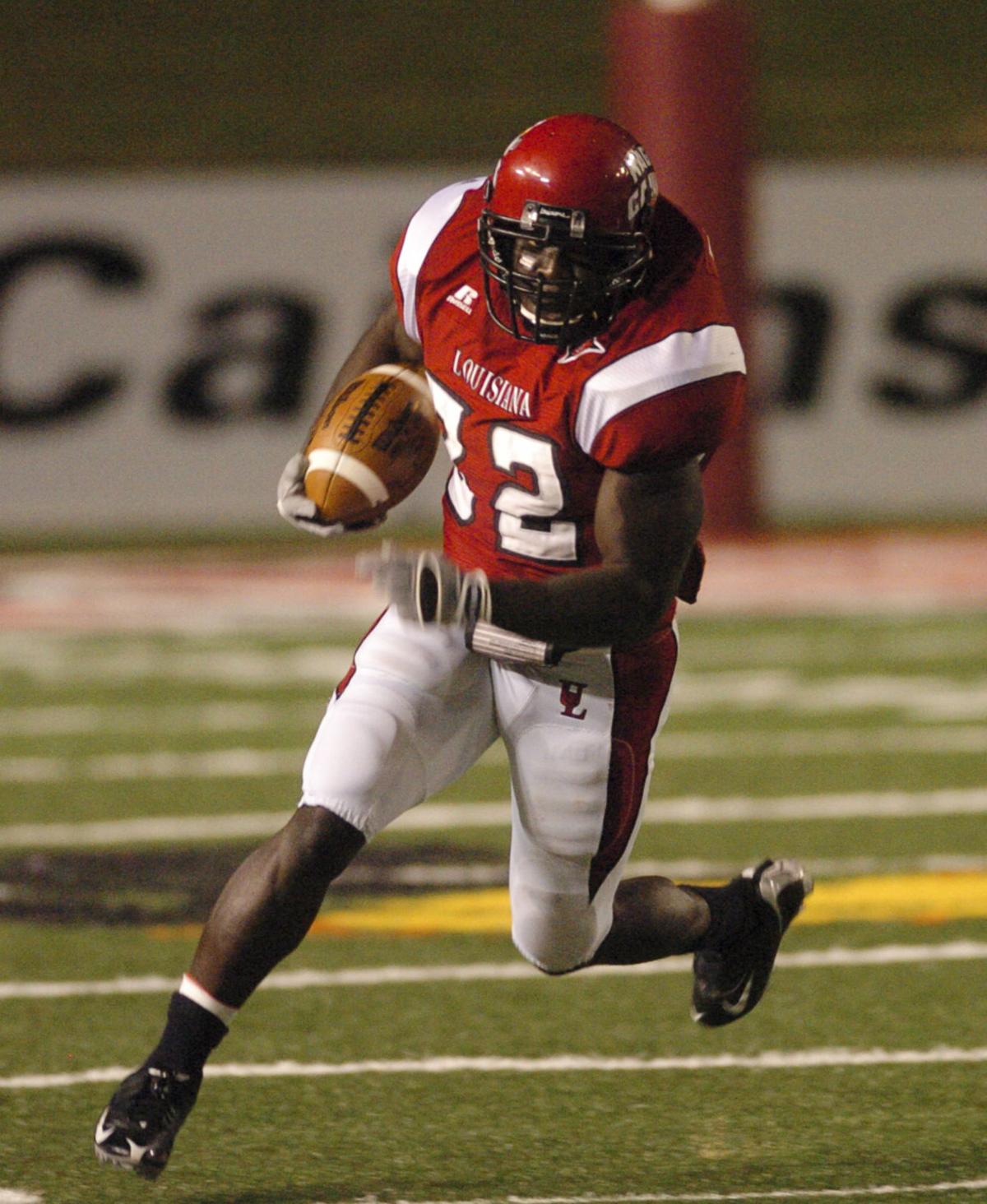 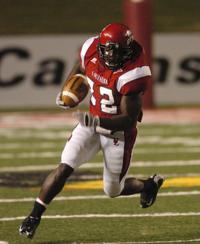 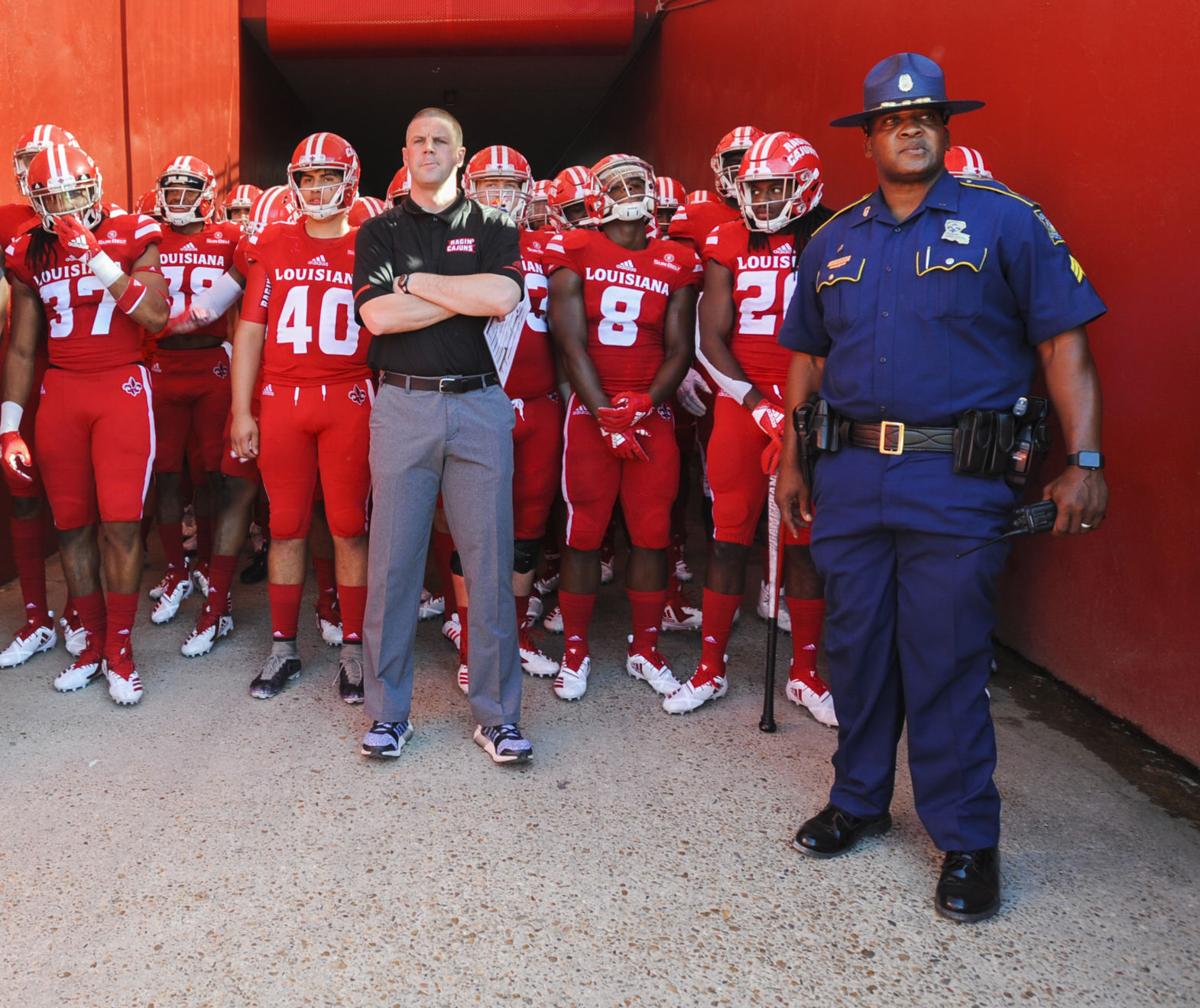 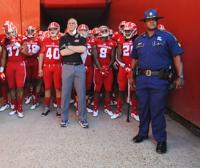 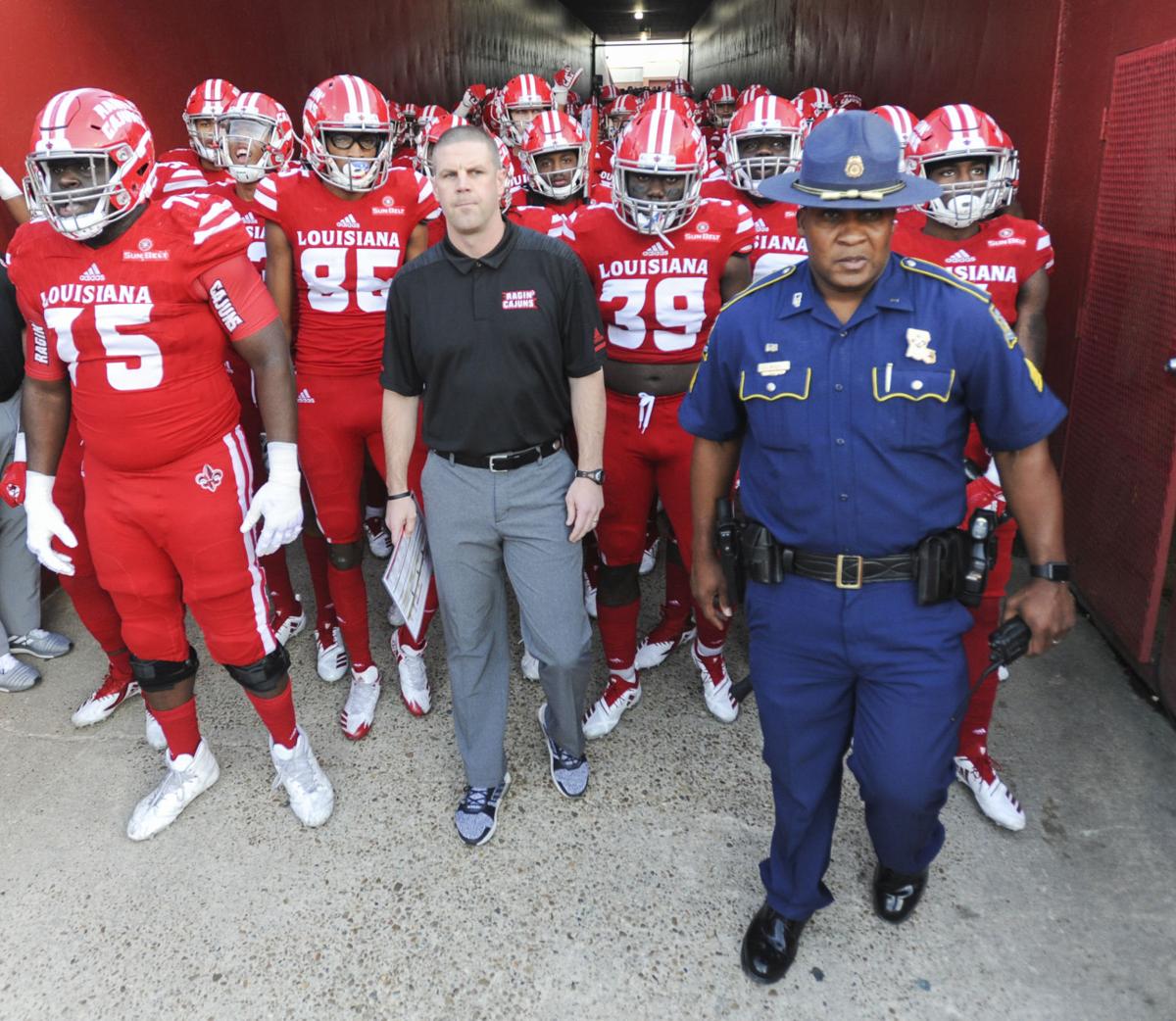 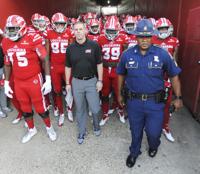 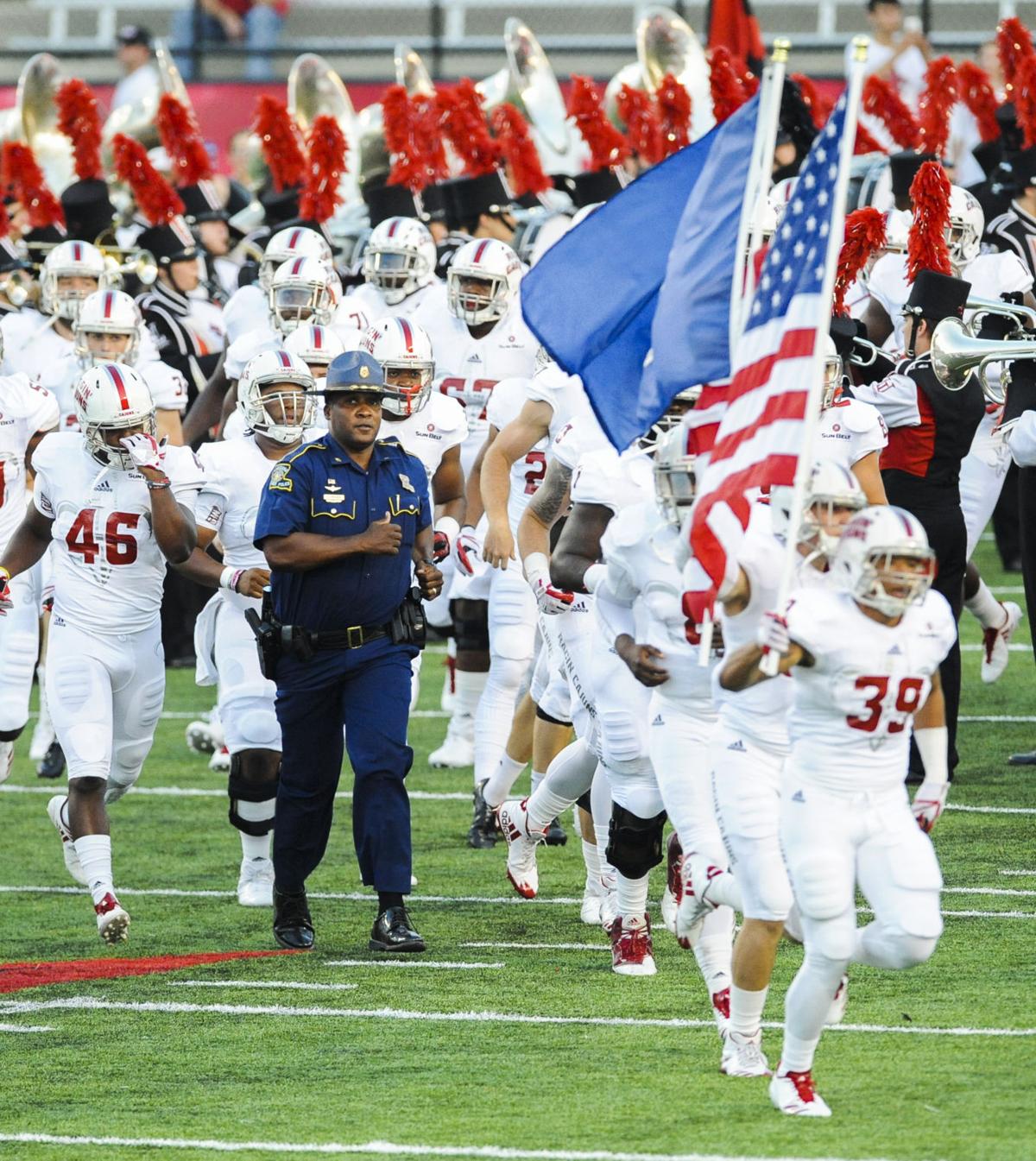 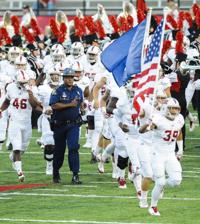 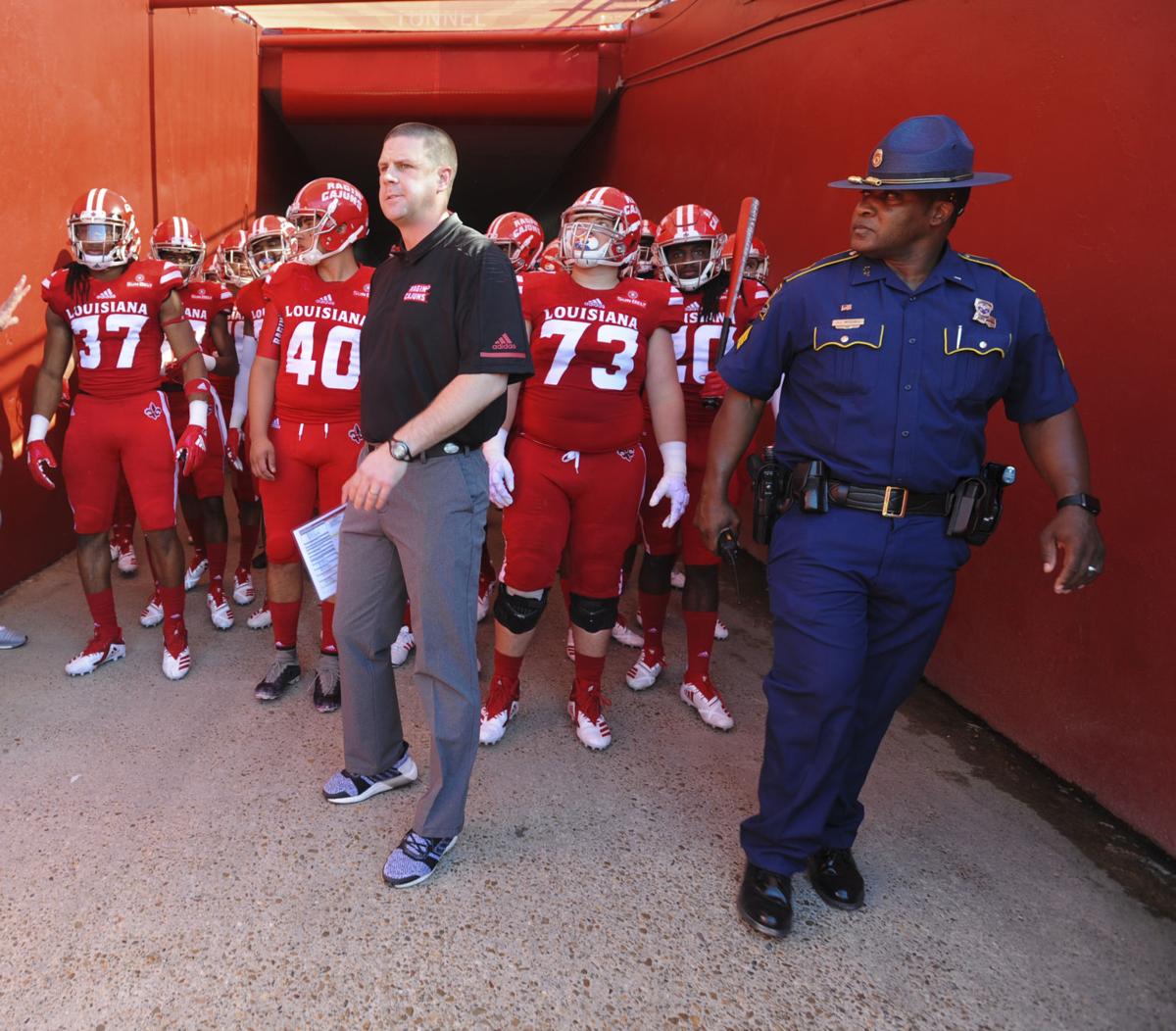 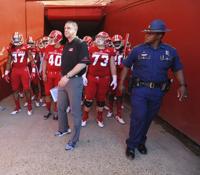 Louisiana Football running back Tyrell Fenroy runs with the ball against Ohio at Cajun Field on Saturday, June 13, 2007 in Lafayette, LA.

Both felt the overwhelming need to turn it off.

Jeff Mitchell was a three-time All-Big West defensive linemen for the UL Ragin’ Cajuns from 1992-95. Today he's a Louisiana state trooper with 24 years of experience in law enforcement.

Tyrell Fenroy left the Cajuns in 2008 as the program’s all-time leading rusher and is now a member of the Lafayette Police Department.

When the video of George Floyd’s death came to their attention, the two reactions weren’t all that different.

Mitchell couldn’t bring himself to watch it.

“To you the truth, I started hearing about before I even saw it on my social media feed,” said the former Loreauville High standout and UL Athletic Hall of Famer. “When it pulled up, I was about to play it and I didn’t. The only thing I have seen is the picture of the officer’s knee on his neck.

“It kind of brings a shadow on all of us,” Mitchell said.

Hundreds of marchers, galvanized by the recent police killing of George Floyd in Minneapolis, gathered at the Lafayette Strong Pavilion near R…

Fenroy said he watched about half of it and had to turn it off.

“The video within itself, it was heartbreaking,” he said. “It’s unacceptable. It’s frustrating. That’s behavior that’s just unacceptable. You just can’t have those incidents happen.”

But just because the two all-time UL football greats couldn’t stomach digesting the offensive video doesn’t mean they weren’t moved by it.

They were even more motivated to do their jobs better.  And they were motivated last week to take part in a teleconference with current UL football players in an attempt to educate.

“Being a police officer, my goal is to try to be that bridge, be a part of that bridge from a black police officer to the community and to the public,” Fenroy said. “Try to bring that trust back, bring that love back, bring that ‘I can count on you, no matter who you are and what color you are, what gender you are, whatever you’re identified as.’ You can call on me and I’m going to be that guy. I’m going to do my job and not going to discriminate against you no matter who are you.”

Jim Henderson, University of Louisiana System president, says he’s looking past the fires of evident racism burning on some system campuses an…

Joined by other members of law enforcement, the group covered such issues as downtown issues, traffic stops, what to do when pulled over by a police officer, what your rights are in videotaping, how to handle confrontations and use-of-force policies.

In addition education, Fenroy and Mitchell offered their help in the future to any player with questions or specific needs.

In Fenroy’s case, it wasn’t that long ago where heeding such advice would have been useful.

During his playing days, the former St. Charles Catholic of LaPlace standout drove a “midnight blue, black 1996 Ford thunderbird with dark tinted windows with a sound system on the inside and I had some 26-inch rims. I had some big wheels with some small tires on there.”

After CrossFit CEO's controversial posts, at least one Acadiana gym leaves brand behind

Ragin' CrossFit will soon become Ragin' Fitness Co. as the owner attempts to distance himself from the controversial comments made over the we…

Fenroy told the players the story of how many times he was stopped by police officers when trying to return home.

“I was never harassed on that side, but as far as the profiling, I was stopped so many times in that car driving from Lafayette to back home to the New Orleans area,” he said. “It got to the point where I had a personalized license plate on the back, so they knew who was stopping.”

The back-and-forth questioning was beneficial for all involved.

“I think it went really well,” Mitchell said. “The questions that were asked by the players and coaches definitely were some things that you wonder about that are good questions. Things that sometimes the public needs to know. It’s not routine for people to get traffic stops every day. I do it every day, but it’s my job.

“But a normal citizen, it can make you a little uneasy or unsure, so having a little bit of information can be very beneficial to them.”

“I asked a couple teammates how they felt about it and they felt the same way,” Lewis said. “I think we all left that zoom meeting with something that we didn’t know and more knowledge on the subject.

The discussion is just one more example of being more proactive to create change.

“Try to find a way to bring more people together,” said Lewis, who urged not just talk but more action. “For instance, our team made a video to bring more awareness onto the situation and to make people more aware of things.

“Then what we learned from that Zoom call, we can spread it out to family members to friends and that can spread on to different amounts of people.”

While the aftermath of Floyd’s tragic death has stirred emotions around the country, both Fenroy and Mitchell are thankful for the peaceful protests throughout South Louisiana.

“The protests were needed because the message needs to get out,” said Mitchell, who said the state troopers stayed behind-the-scenes during protests and allowed local agencies to take the lead. “We’ve come a long way, but obviously we still have a ways to go. Them doing it peacefully, non-violent, I think that’s the way to go, so that the message doesn’t get swept under the rug and it doesn’t happen again in the future.”

Both hope the players and everyone in the local community never experience such an outrageous reaction from a local police officer.

“I just can’t watch that (video), because I know the guys I work with, that would never happen,” Fenroy said. “You hold somebody accountable regardless of who they are to prevent things like that. We have policies in place that prevent things like this. To see that … you just have to know better.

“The use-of-force policy – what to do and the different steps you can take,” he said. “The verbal judo (relating with empathy with public). When you get on the scene, you already have that officer presence. Depending on what the scene is, I try my hardest to de-escalate the scene if I see it’s escalating. We train a lot on de-escalation. You try to de-escalate the situation.”

Mitchell insisted rank should not factor in a situation.

Great American Takeout: How you can support black-owned restaurants in Acadiana Thursday

“We try to approach it that on the range if you see something that’s not safe, raise your hand and point it out, no matter what rank you are,” Mitchell explained.

“Same thing as on the scene when you have multiple officers on the scene, somebody can say, ‘OK, that’s enough. We got it,  calm down.’ It doesn’t matter if you’re the lowest guy on the totem pole, if you see something not right. I think most of our guys are approachable enough and have enough control and let somebody else come in and diffuse the situation so we don’t have any of these problems.”

That doesn’t mean both aren’t passionate and constantly trying to improve.

“I know we had some things implemented and I know now since this things have happened, we took it a couple steps forward,” Mitchell said. “That way, we can educate everybody from bottom up. Some people don’t interact with another culture. It’s about educating everybody from top to bottom.”

Mitchell said he only wishes each group within a community had the same bond football teammates have.

“I played there 20-something years ago and when I see any of those guys, it doesn’t matter if they’re white or black, we’re like brothers,” he said. “We catch up and we just have the bond. All those blood, sweat and tears and selling out for each other on the field every day.

We were fortunate that we won a couple of co-championships in the Big West, so we know what it takes to accomplish those things. Years later, those bonds are still there.”

University of Louisiana at Lafayette President E. Joseph Savoie on Thursday looked back on the springtime of our widespread fear and forward t…