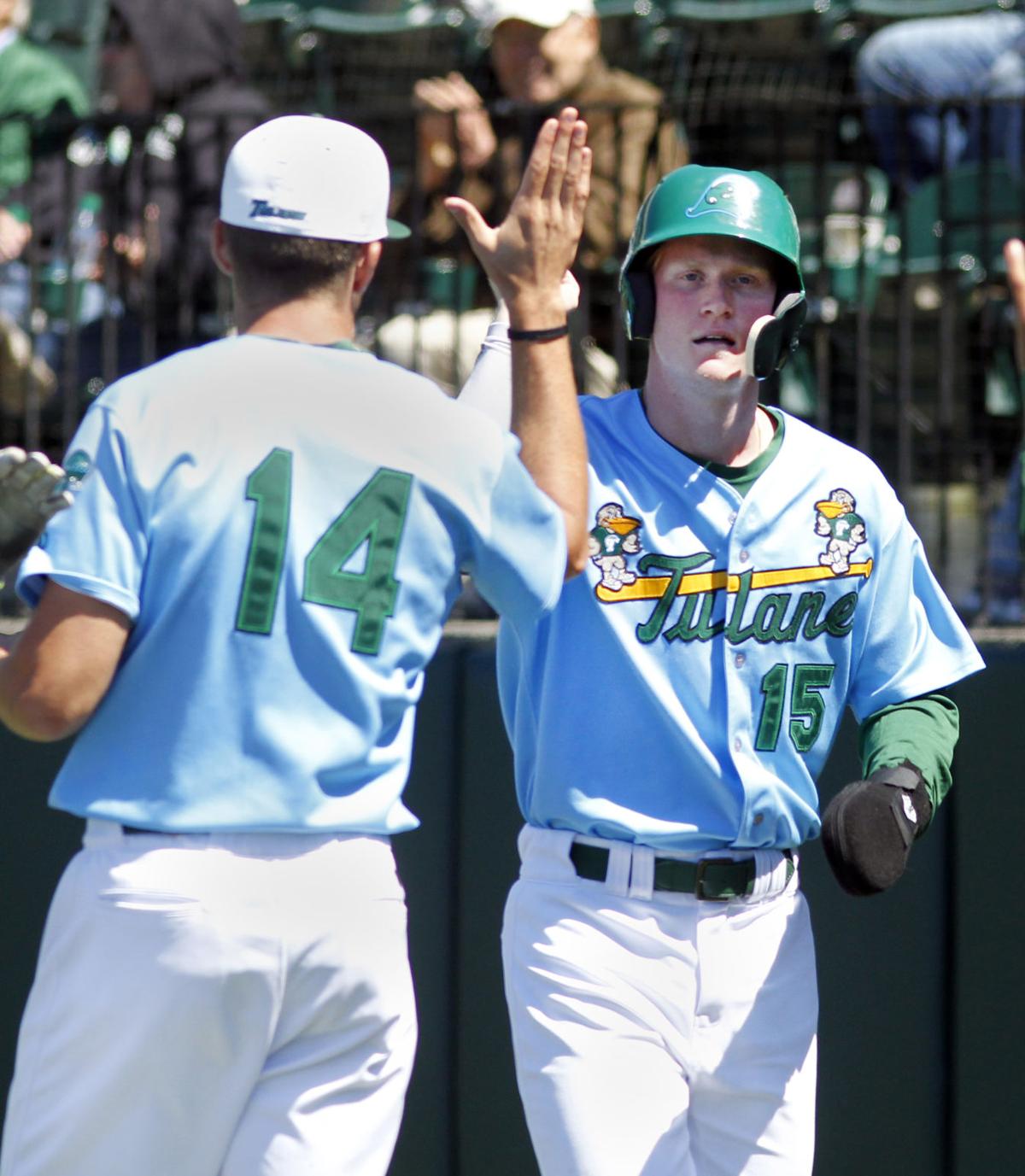 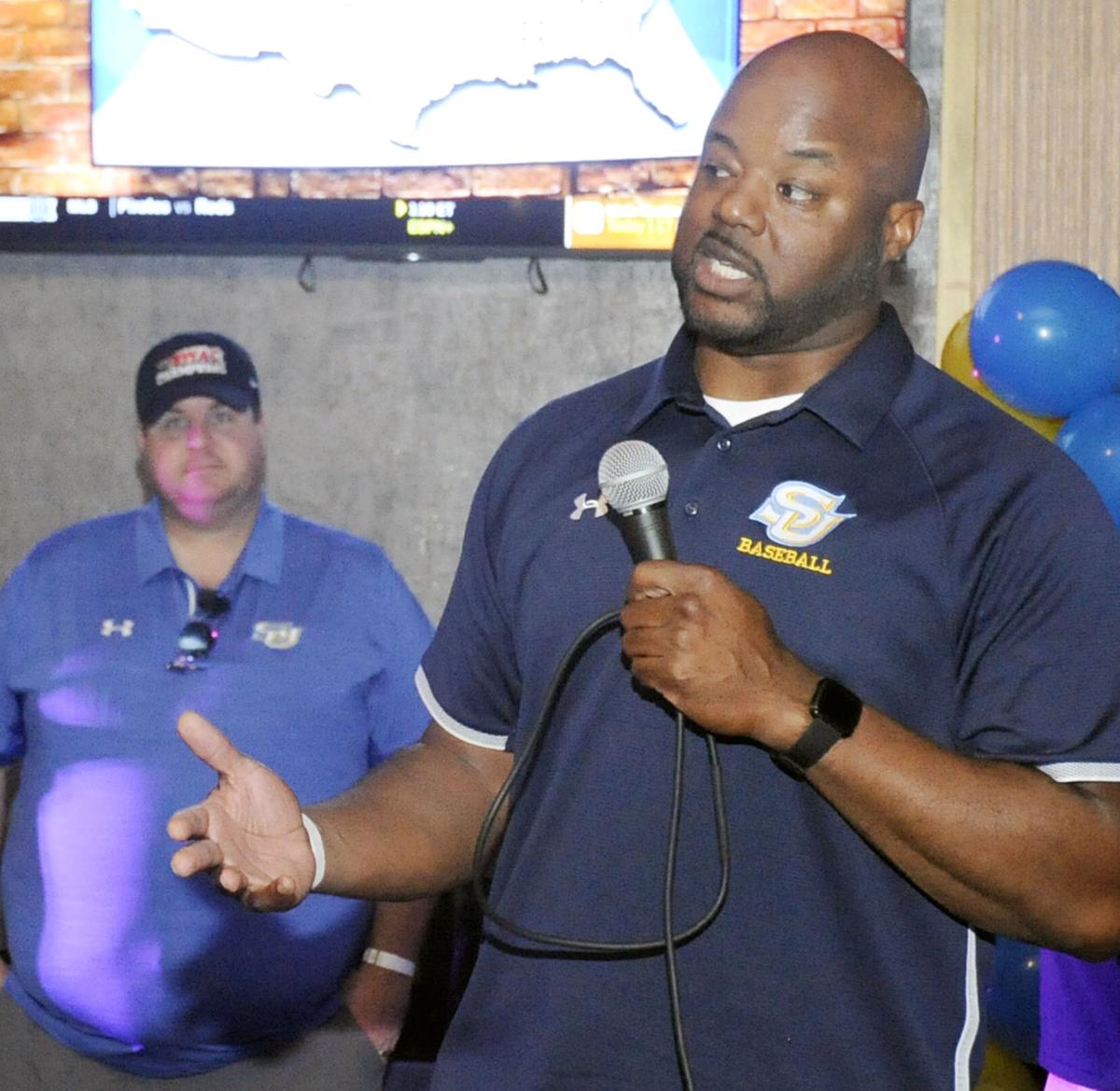 Southern University baseball coach Kerrick Jackson addresses the fans on Monday at The Grind, on Coursey Blvd., after learning his team will play Mississippi State in the Starkville regional on Friday. 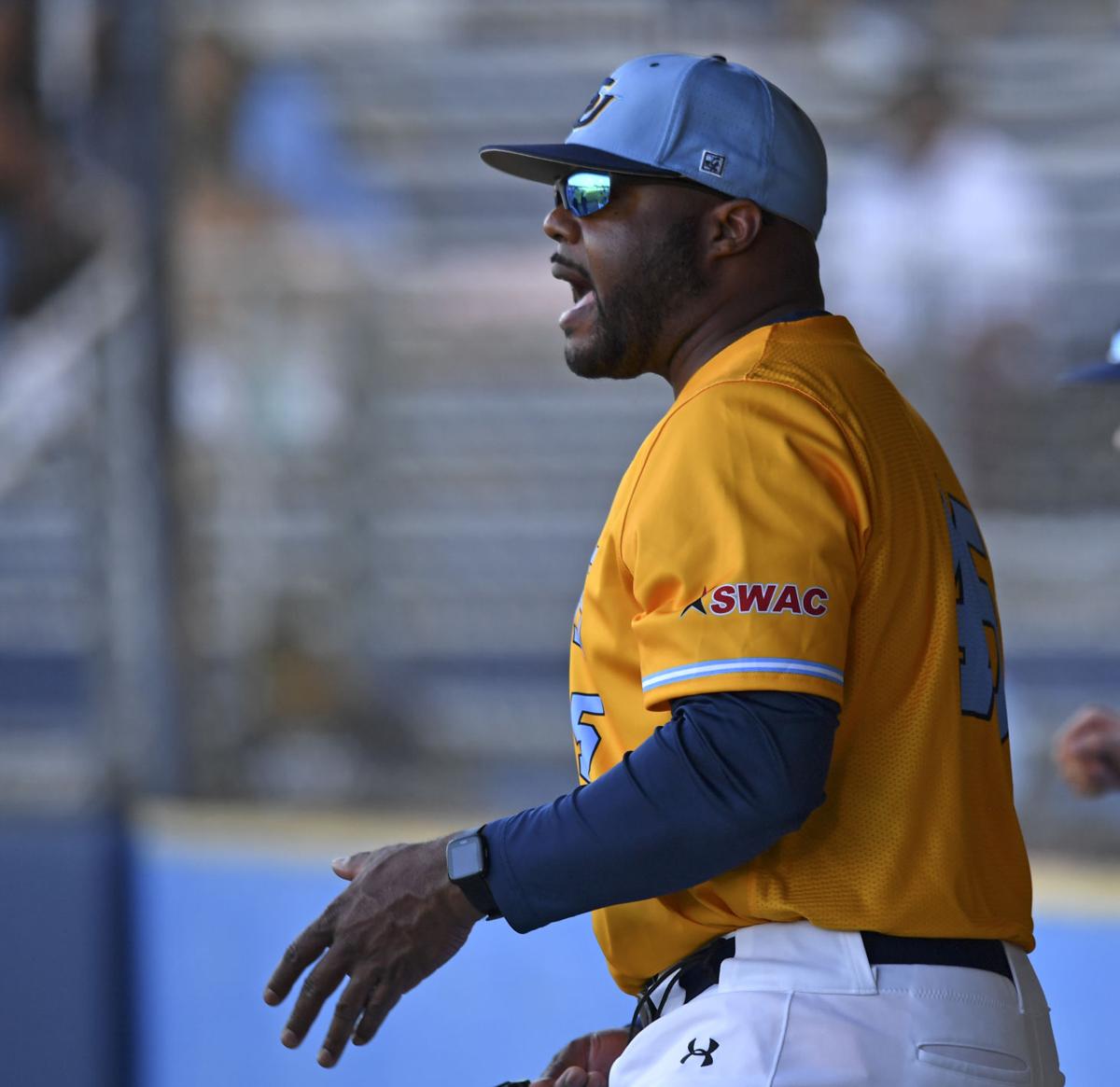 Southern University baseball coach Kerrick Jackson addresses the fans on Monday at The Grind, on Coursey Blvd., after learning his team will play Mississippi State in the Starkville regional on Friday.

Tulane’s Kody Hoese added another award to an already impressive postseason rèsumè on Saturday as the All-American slugger was part of a group that was honored by the Louisiana Sports Writers Association on its All-Louisiana College Baseball Team.

The 28-member team was selected by a statewide panel of college baseball sports information directors and media members.

Hoese, the LSWA Hitter of the Year, was one of two members for the Green Wave to earn individual honors with Hudson Haskin tabbed as Freshman of the Year. Southeastern Louisiana’s Corey Gaconi was named Pitcher of the Year, UL-Monroe outfielder Trent Tingelstad was voted the Newcomer of the Year and Kerrick Jackson of Southern was the overwhelming choice as the state’s Coach of the Year.

Hoese led the Wave with a .391 average, 23 home runs and 61 RBIs. He led the American Athletic Conference, and was ranked in the top 20 nationally, in seven offensive categories. His 23 home runs were the second-most in a single season in school history.

The Los Angeles Dodgers made him the 25th overall selection in the Major League Baseball draft.

Jackson, in his second year as the Jaguars coach, guided his team to a major turnaround, going from nine wins in 2018 to a 32-24 record and its first Southwestern Athletic Conference championship in a decade.

The SWAC Coach of the Year guided Southern to a 17-6 league record in league play, claiming the program’s first divisional title since 2012. The Jaguars put six players on the All-SWAC team and produced the league’s Player of the Year (Tyler LaPorter).

Gaconi added to his list of postseason accolades after being selected as the Southland Conference Pitcher of the Year. The right-hander finished with a 7-3 record and a 2.57 ERA. He struck out 95 batters in 108⅔ innings. Gaconi's control was his greatest asset, as he only walked 11 batters, ranking him among the Division I national leaders in strikeout-to-walk ratio (8.64, fourth) and walks allowed per nine innings (0.91, fifth).

Tingelstad led ULM with a .353 batting average while adding 19 doubles, four triples, seven home runs and 46 RBIs. He capped his first season with the Warhawks with a strong showing at the Sun Belt Conference Tournament, which included a career-high seven RBIs in an 18-5 win over UT Arlington.

He had the second-highest batting average ever in the American Athletic Conference at .432.

LSU’s Antoine Duplantis, who broke Eddy Furniss’ school-record for hits in a career (359), was the lone repeat first-team selection and was joined in the outfield by Haskin and Southern’s Javeyan Williams. Logan Constantine of LSU Alexandria was a repeat selection as a utility player, after earning second-team honors in 2018, with UL’s Todd Lott named as the first-team designated hitter.

OF – Tristan Welch, LSU-Eunice, So.