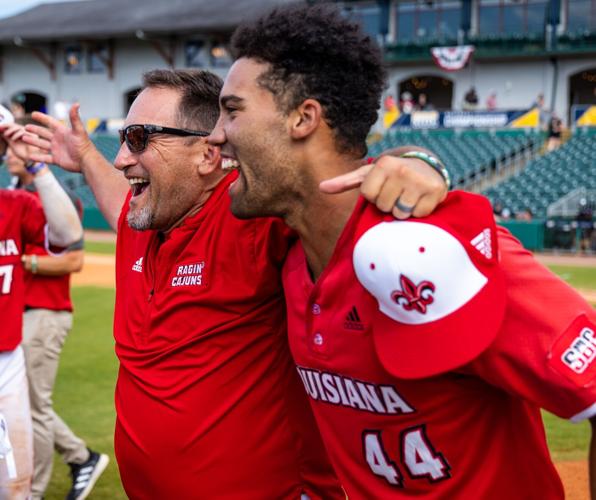 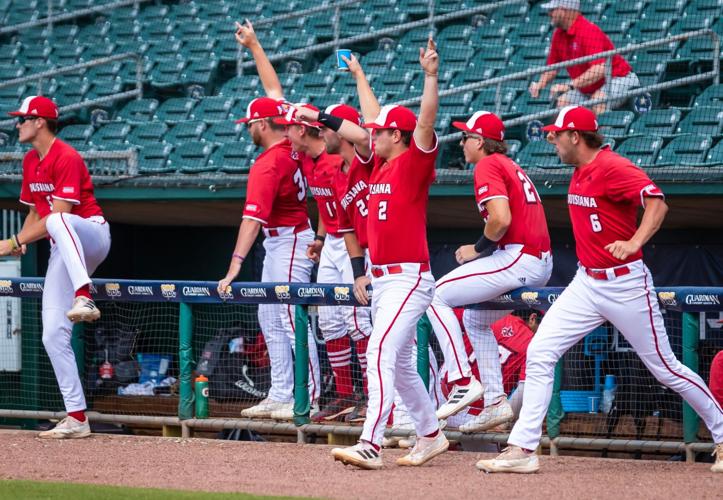 UL relief pitcher Bo Bonds and his teammates begin to celebrate after the final out of their Sun Belt Tournament championship Sunday in Montgomery, Alabama.

UL relief pitcher Bo Bonds and his teammates begin to celebrate after the final out of their Sun Belt Tournament championship Sunday in Montgomery, Alabama.

So when he saw the results of Monday’s selection show, sending UL as the No. 3 seed to the College Station regional, it wasn’t the time to dissect the committee’s reason.

He was just happy to see ‘Louisiana’ on the ESPN2 screen.

After winning the Sun Belt tournament in Montgomery, Alabama, on Sunday, UL's six-year NCAA regional drought was finally over.

“I don’t know if it’s so much about where you’re going right now as getting in,” Deggs said. “That was a hurdle we needed to clear. That hadn’t been done here since ’16 and we knew that coming in three years ago under the tough, tough circumstances that we did. Then you get hit with the pandemic.

“There was just a lot that needed to be done. To finally see it come to fruition and get a shot at redemption and to see these kids change the course and trajectory of a proud, historic program, you really can’t put into words.”

“Getting into a regional is a big deal,” Deggs said. “I’ve been doing this coming up on 27, 28 years and I’ve been to 12 of them. That sounds like a good number, but they’re hard to come by. Right now, they’re harder than ever. Just ask those teams that are in the next four out.”

UL pitcher Jacob Schultz doesn’t think anyone should be surprised by UL’s return to regional play.

Once the smoke cleared, it became pretty obvious the Cajuns have their work cut out for them.

TCU won the Big 12 regular season title, Texas A&M finished second behind No. 1 overall seed Tennessee in the SEC standings and Oral Roberts was second in the Summit League.

UL, meanwhile, beat No. 1 Texas State 3-2 and then No. 2 Georgia Southern 7-6 to win the Sun Belt tournament title.

“So to see these guys do what they did against the competition they did it against, that’s as good as it gets,” Deggs said. “I’m just happy for them, happy for our university, Cajun Nation and the city of Lafayette, because there’s no better baseball town or university in the country.”

“We’re going to open up with TCU,” UL pitcher Austin Perrin said. “We played those guys last year. We know they’re really good. They can pitch, they can hit.

“Oral Roberts is really good. They’re a smaller name, but we know they can play. Then (probably) A&M. … We’re going to go there and play our game — bunt, steal, play fast.”