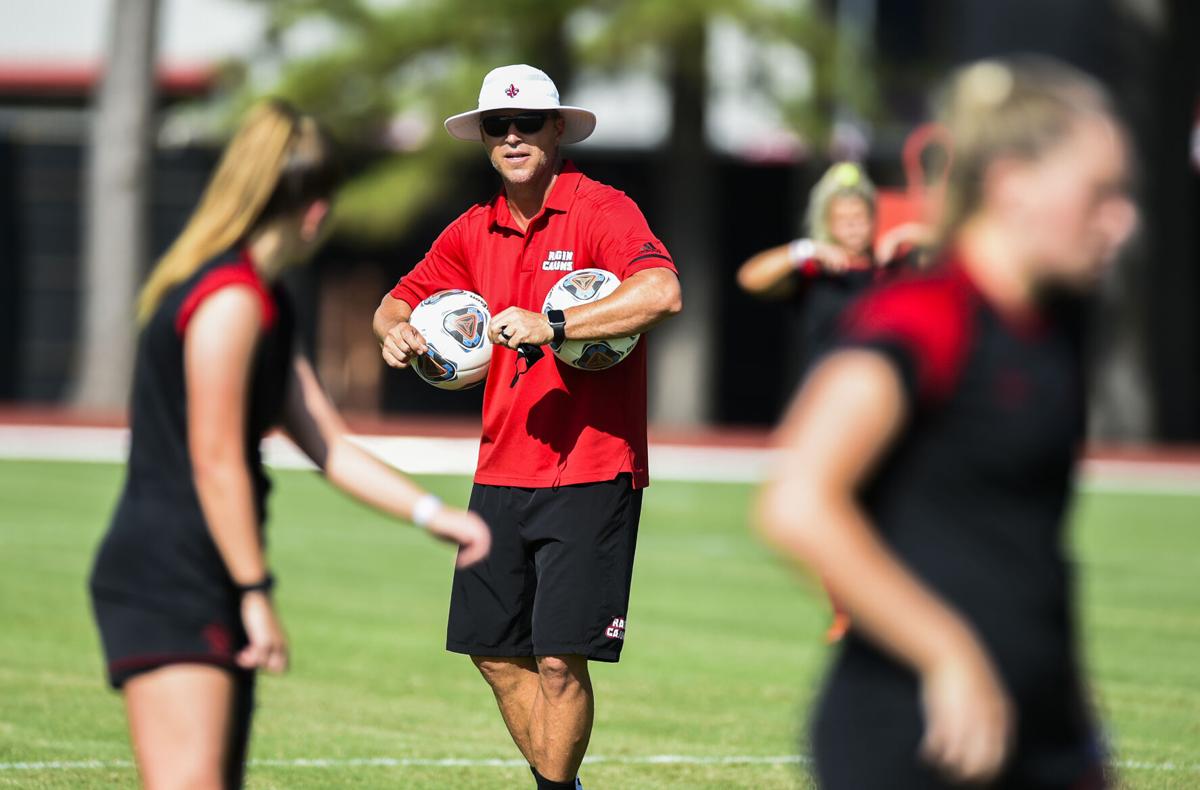 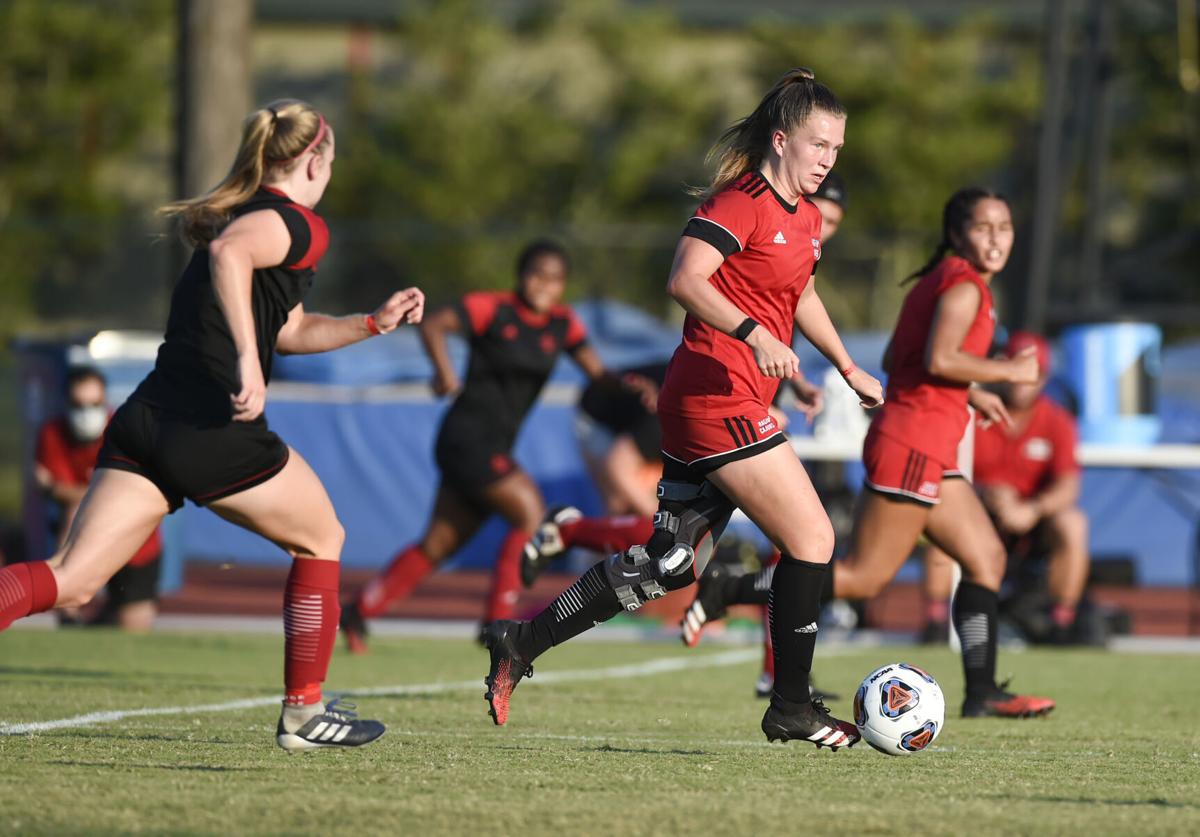 Due to the coronavirus pandemic, different guidelines will be in place for UL’s volleyball and soccer seasons which begin Friday with home matches in both sports.

Due to facility size, UL volleyball matches in 2020 at Earl K. Long Gym will not be open to the public. A limited number of family and friends for both UL and visiting teams will be admitted on a pass list that will change with each game. The UL soccer facility will be open to the public but at a reduced capacity.

At both venues, masks will be required at all times except when eating or drinking, and concessions will be prepackaged. Seats will be designated as available or unavailable to enforce social distancing, no tailgating will be allowed and fans are not allowed on the court or the field before or after matches. Upon arrival, UL staff will enforce a gradual entry and egress by fans to prevent clusters or close contact, and proper queuing and social distancing will be required in common areas such as concession areas and restrooms.

UL’s volleyball and soccer teams are seeking whatever normalcy they can find this weekend.

Both Ragin’ Cajun teams begin a 2020 season that will be anything but “normal” on Friday, with the volleyball squad hosting Houston Baptist at on-campus Earl K. Long Gym at 6:30 p.m. and the soccer squad welcoming Abilene Christian 30 minutes later at the UL Track/Soccer Stadium.

“We’re just thankful for the opportunity to play,” said soccer coach Lance Key, whose team will also have its road opener Sunday at South Alabama to kick off a 14-match schedule. “We feel really fortunate to put together the schedule we have. We had three games cancelled in a two-hour span with one conference’s decision a couple of weeks ago, so we’re not taking this for granted by any means.”

Both teams are among the nation’s earliest starters in the wake of the coronavirus pandemic that has disrupted college athletics since mid-March. In fact, as of Monday, volleyball coach Heather Mazeitis-Fontenot believed her team’s Friday match was the first among the nation’s Division I teams.

A handful of schools have since added Friday matches – a testament to the current volatility of scheduling in NCAA fall sports other than football – but the Cajuns will still be among the first to play coming off a 14-16 record and a 10-6 Sun Belt Conference mark last year. UL will also face HBU at noon Saturday.

“The million-dollar question is how do we handle all of this mentally,” Mazeitis-Fontenot said. “All these girls did amazing getting through the quarantine and we have tried to create the safest environment possible with some amazing protocols in place.

“On the court, it’s still a little messy, a little scattered at times, but you can see it’s going to come. I don’t know what it’s going to look like on Friday, but they’re so ready to play. They’re tired of seeing each other in the gym.”

The volleyball team will play six straight non-conference matches, all of them at home, before beginning play in a revised Sun Belt schedule. League teams will play only within their divisions, with UL playing three-match series with West Division rivals Little Rock, Texas State, Arkansas State and UT Arlington and a four-match home-and-home series with travel partner UL Monroe.

UL will make only four road trips, going to Little Rock, Monroe and Arlington for league series before the Nov. 18-22 Sun Belt Championships at Troy, Ala. Five times during the year – four times in Sun Belt play – the Cajuns will play two matches in one day.

“That’s a little scary as far as keeping our kids healthy and rested,” Mazeitis-Fontenot said. “We do that a lot in preseason to get kids in shape, but in conference season it’s really unusual. We’ve got a roster of 18 so you’ll see a lot of kids getting a lot of playing time.”

The soccer team’s Friday match was a late addition to a schedule that also looks different within conference play. Like volleyball, UL will play Sun Belt matches against only West Division rivals and will play home-and-home against Arkansas State, Little Rock, Texas State and UL Monroe. The soccer schedule is also home-heavy with the Cajuns playing nine of their first 11 matches at home.

Including Sunday’s match at South Alabama, which does not count in the Sun Belt standings, UL will make only six road trips, wrapping up at the Sun Belt Championships Nov. 2-8 in Foley, Ala.

Abilene Christian will provide an early test for a Cajun squad that went 9-8-3 last year, its best season since 2014, and made the Sun Belt tournament semifinals for the first time. Abilene was 12-5-2 in 2019 after qualifying for the 2018 NCAA Tournament.

“We’ve got a lot of competitive matches to test a really young team,” said Key, who in three coaching stops has the second-best winning percentage (218-29-20, .854) among active Division I coaches. “We’ve got a large incoming freshman class who didn’t get to finish their high school seasons or graduate, and now they’re looking at everybody through a mask.

“It’s unprecedented times and something they’ve never experienced before, but we know how fortunate we are to get to play with all this going on. It’s wild stuff, something you wouldn’t wish on anybody, but we get to play this weekend. A lot of people aren’t in that position.”