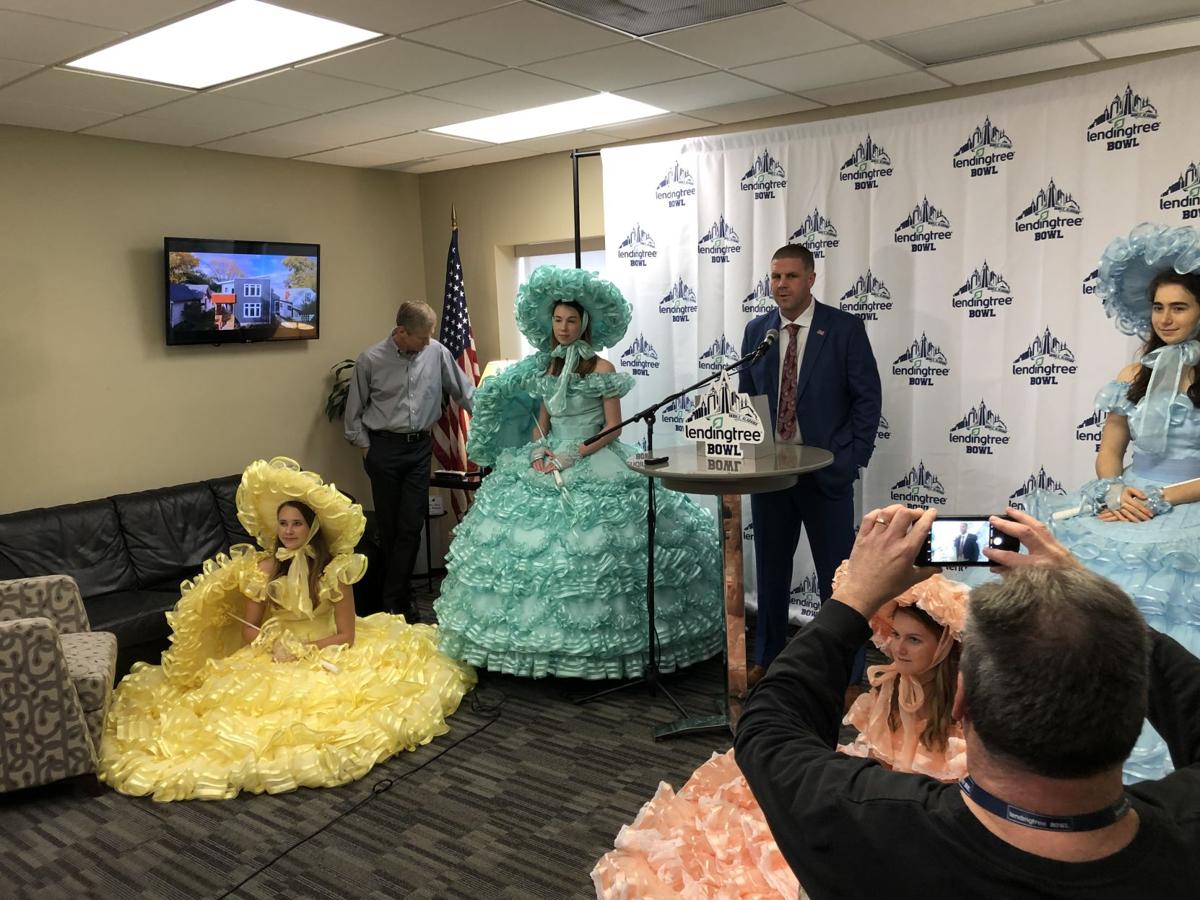 UL football coach Billy Napier speaks at the introductory press conference in a room filled with Southern Belles on Thursday afternoon shortly after arriving in Mobile, Ala. 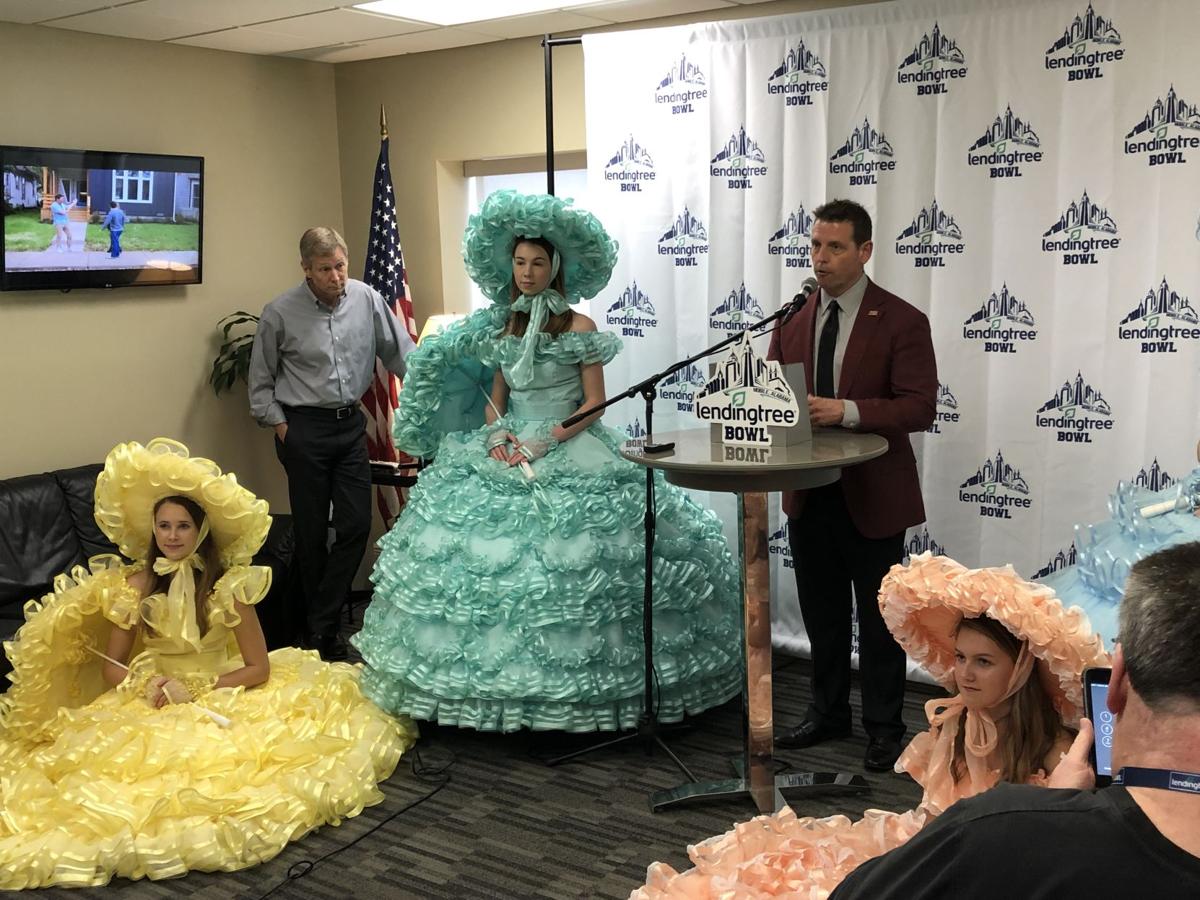 UL football coach Billy Napier speaks at the introductory press conference in a room filled with Southern Belles on Thursday afternoon shortly after arriving in Mobile, Ala.

MOBILE, Ala. — In the postgame news conference following the Sun Belt Conference championship game loss at Appalachian State on Dec. 7, UL coach Billy Napier said he was only getting started.

On Thursday, athletic director Bryan Maggard showed he wants Napier to stay around even longer, adding two more years to his current deal to extend his contract through the 2025 season.

It’s certainly possible to win big as a team if you have super talented individuals with iffy team chemistry.

“We felt not so much that it was important, but it was warranted,” Maggard said at a LendingTree Bowl arrival news conference Thursday. “The job that he and his staff have done in two years is nothing short of remarkable. He and I both have the vision that this program can get much better than it already is, but the heights that he’s taken it already are extremely impressive.

“We know there was a lot of attention garnered toward him this year with many Power 5 openings, and we feel extremely honored to extend his contract here. But more importantly, it was something that was well-deserved and something he certainly earned.”

In Napier's first season, the Cajuns finished 7-7. They won the Sun Belt West, falling at Appalachian State in the Sun Belt title game and then losing to Tulane in the Cure Bowl.

This season, the Cajuns are 10-3 heading into Monday’s 6:30 p.m. showdown against Miami (Ohio) at Ladd Peebles Stadium.

For one, he’s an offensive lineman.

“I’m extremely humbled,” Napier said. “I think any time you have success as a football team, there’s hundreds of people that contribute to that. Certainly our success has been a group effort, not only our staff but our players. We’re thankful. We’re thankful the administration believes in what its observed over the last two years and certainly we also believe in what we’re capable of as a program.”

The biggest issue with the staff now may be keeping as many assistant coaches as possible. A year ago, Napier only had to replace one coach.

“Not to get into particulars, but it’s already been a very competitive month I would say,” Napier said. “I think it’ll continue to be that way. We’ve got a terrific staff. We’ve got a great mix of savvy veteran experienced coaches and we also have some young, up-and-coming bright coaches. The best thing I can say about our staff is we have a unique chemistry. We’re very much a team in everything that we do

Napier and his coaching staff devised the plan to prepare for Monday’s game against Miami of Ohio at Ladd Peebles Stadium in Mobile, Alabama, and it’s worked out pretty well so far.

Napier has been pleased with the intensity of the team in practice sessions after a long layoff.

“Great energy coming back,” Napier said. “We’ve kind of hit the ground running. Our staff in general has been impressed with the energy and attitude of the players.”

For a senior graduate transfer like tight end Nick Ralston, it’s kind of time to do a little reflection on his decision to transfer to UL from…

Once the team hit the practice field the day after Christmas, besides additional off days Sunday and Tuesday, it was critical to Napier that it be competitive “good-on-good” matchups.

“We’ve got to get back into that (physical) frame of mind,” Napier said. “It takes a certain mindset to play this game. We’ve got to learn some lessons here. You’ve got to go play fast, start fast, in the bowl game. The fact that it is competitive is a good thing.”

Napier said the intensity is because of his approach of giving the team off for six days around Christmas.

The initial response may be, ‘Oh man, we’re going to be here longer than we anticipated.’ But I also think we mapped out the plan. We gave them a six-day break. They got a legitimate holiday. That’s the concern initially from the players and probably the staff too: ‘Is this guy going to keep us up the entire time?’

“Then it’s time to get back at it, but there’s lots of work to be done here. We can’t get bored with the execution of this game week.”

The Sun Belt Conference made a big deal about having the best bowl winning percentage of any conference over the previous three seasons.

So the last thing the league wants is to take a step backwards in that area this time around.

To ensure another winning record in bowls, though, it’s all up to the Cajuns against Miami of Ohio on Monday in Mobile, Ala.

For all the seniors on UL’s roster, the LendingTree Bowl against Miami of Ohio on Jan. 6 will be the final time they suit up on a football fie…

So far this bowl season, Arkansas State beat FIU 34-26 at the Camellia Bowl and Appalachain State defeated UAB 31-17 in New Orleans, but Georgia Southern lost to Liberty 23-16 in Florida and Georgia State fell to Wyoming 38-17 in Arizona.

“Definitely,” UL senior tight end Nick Ralston said. “We want to put on for the Sun Belt. We played a MAC team like Ohio and we think they’re very similar to Miami.

“I think the Sun Belt has had a pretty good bowl record over the past couple of years and we just trying to continue that tradition and momentum. We’re ready to go out there and play.”

Indeed, league pride remains a priority for the players as well.

“We as a group we root for all the Sun Belt team in all the games,” UL senior safety Deuce Wallace said. “For us to be able to play a champ from another conference, it’ll be good to see where we stack up. It’s as simple as that.”

It’s a phrase that UL’s defense seemed to struggle with down the stretch.

It was the No. 1 problem listed in the loss to Appalachian State in the Sun Belt title game … gap integrity.

And if you listen to Napier in Thursday’s introductory bowl press conference, Miami of Ohio could also present problems in that area.

“They’ve got height and length, especially upfront on the offensive line,” Napier said. “Their tight ends are big, tall and long. They’re going to challenge your gap integrity. They’ve got good skill. I think their runners are quality and I think they’ve got some people on the outside. They play a brand of football much like we play."

There was a time not so long ago that former UL quarterback Donnie Wallace wanted no part of his sons Deuce and Dane playing football.