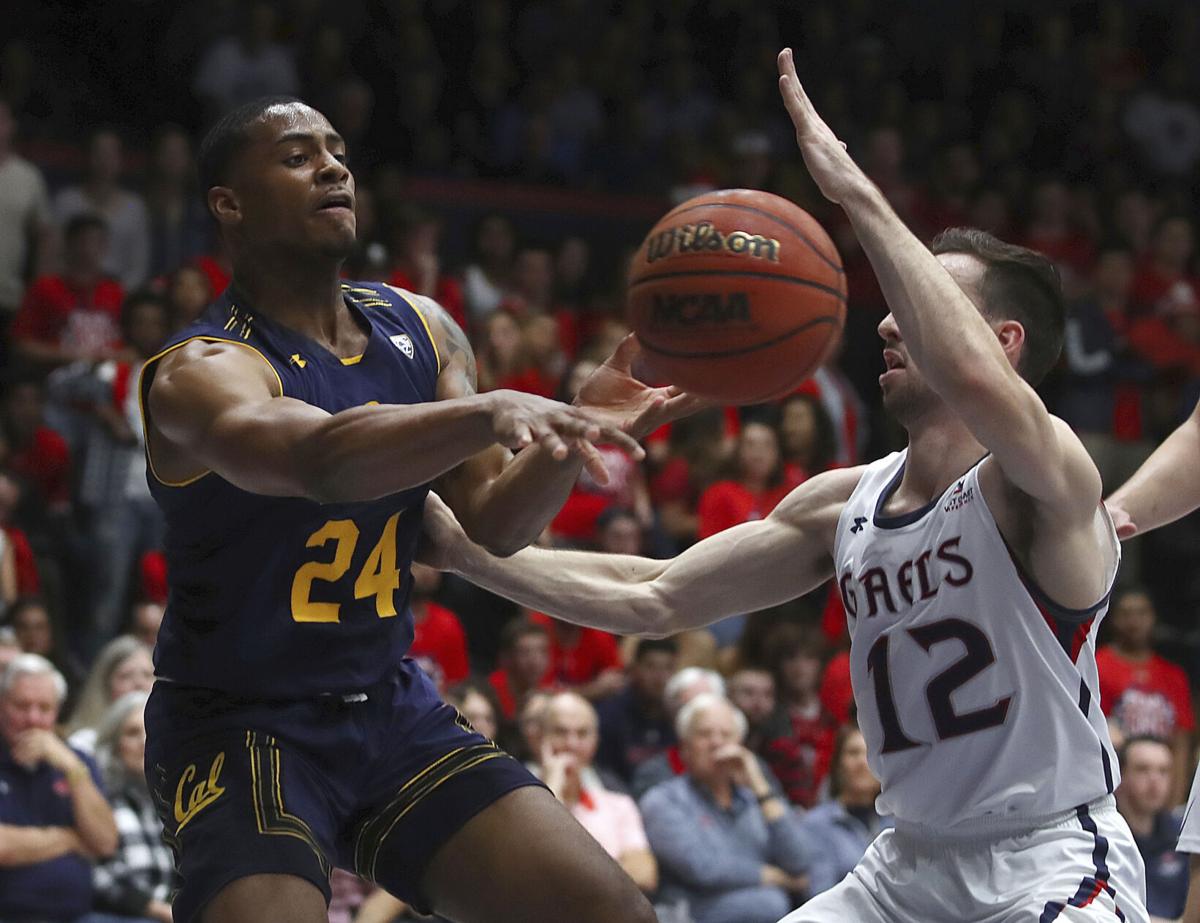 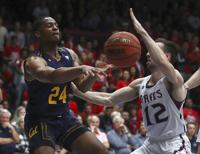 California's Jacobi Gordon, left, passes the ball away from St. Mary's Tommy Kuhse during a game Dec. 1, 2018, in Moraga, Calif. Gordon, who transferred to UL, was ruled to be immediately eligible for the 2020-21 season with the Ragin' Cajuns. 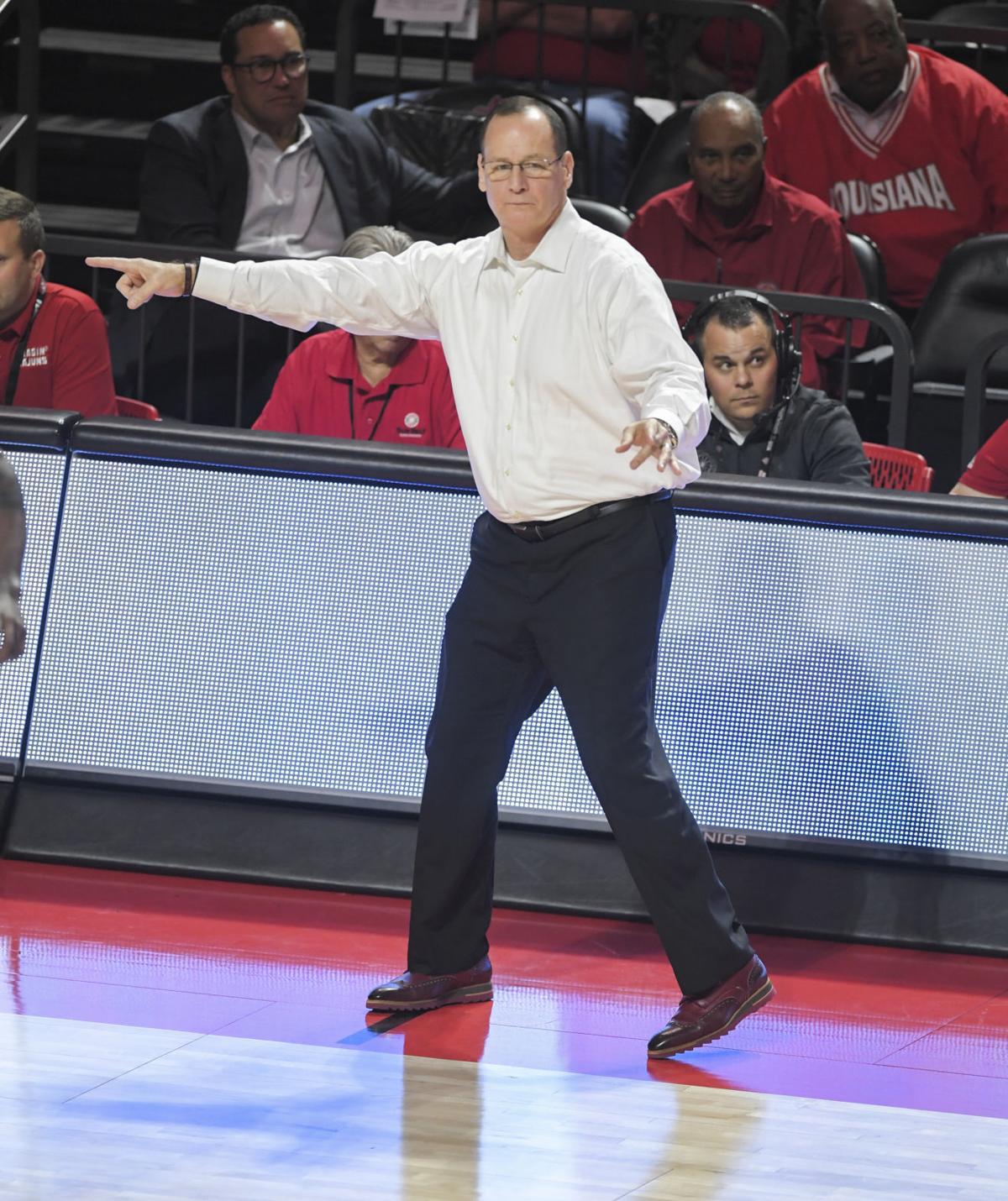 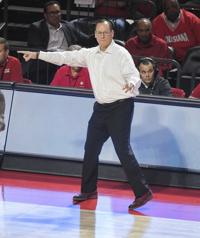 California's Jacobi Gordon, left, passes the ball away from St. Mary's Tommy Kuhse during a game Dec. 1, 2018, in Moraga, Calif. Gordon, who transferred to UL, was ruled to be immediately eligible for the 2020-21 season with the Ragin' Cajuns.

News surfaced Wednesday that UL’s men's basketball season opener against Xavier of New Orleans, scheduled for the day before Thanksgiving, was canceled.

While such a development is always a bit disappointing, it’s doubtful it did much to tarnish the good-news week it’s been so far for coach Bob Marlin’s team.

On Tuesday, Cal transfer Jacobi Gordon was finally granted his NCAA waiver to be eligible for the Cajuns this season.

“He’s a really good shooter,” Marlin said of the 6-foot-7, 220-pounder. “He’s smart. He’s got a great body. His body reminds me of Bryce Washington a little bit. He just knows how to play.

“I feel blessed for that. We’re ready to get the season started.”

The UL men’s basketball team was picked second in the Sun Belt West race by the league's coaches.

The news was a long time coming.

Marlin explained Cal initially told the Cajuns that Gordon would be eligible, but its campus in Berkeley was shut down for a long time because of COVID-19, slowing up the process.

“We couldn’t get anybody on campus,” Marlin said. “Then the compliance guy that was there suddenly was not there anymore.

“We went back and forth and the initial waiver was denied, but we were able to get it done during the appeals process.”

“(Gordon) has practiced,” Marlin said. “He missed a couple of days. He’s done a good job. The staff really likes him. He’s an older player that has played in the Pac-12, so that brings valuable experience to our team.”

Marlin sees Gordon as a good offensive option with “a good touch, a good feel for the game.”

You can hear it in his voice.

His teammates have already seen enough to also be excited about his potential contributions.

“I think him being on the team is going to bring a lot,” sophomore guard Mylik Wilson said. “His personality and how he’s a leader. He can shoot the ball, he can play the four, he can spread the floor and he can play defense. He’s just going to be a good part of the team this year.”

“He’s a great guy,” Russell said. “He’s about winning. He also brings some leadership to the team. He’s an older guy. He’s been in college and played at Cal. He’s definitely a piece that we can use. We’re excited about it. He brings a lot of maturity to the team. You can tell he’s played before. Guys ask questions to him and they look up to him on the team.”

That added depth is also important for the Cajuns, who are now scheduled to open their season against Loyola of New Orleans on Nov. 28 at the Cajundome, because of more surgery for redshirt freshman Kobe Julien and redshirt sophomore Durey Cadwell.

“They both went to the doctor yesterday (Tuesday) two weeks after surgery,” Marlin said. “Both are doing well and are basically ahead of schedule for return.

“Depending on how the rehab goes — we’ve got an extensive team that’s working with them from a rehab standpoint — they’re progressing well. If things go the way the doctor said and projected, we could have one or both of those guys back possibly at the end of January.”

Like all college coaches across America these days, UL men’s basketball coach Bob Marlin doesn’t have a clear indication of what the 2020-21 h…

Marlin felt Julien was UL’s best player when he went down in early December last year.

“He can play the three or the four,” Marlin said. “He’s a tough rebounder and a good scorer in traffic. He really shoots the ball well too. I just love his mentality.”

Cadwell, meanwhile, was expected to be in Marlin's top six-man rotation a year ago but missed the entire season with a knee injury.

“Very good length and good shooter and excellent defensive player,” Marlin said. “He’s a very smart player. His IQ is off the charts. We hope to get those guys back during conference play and give us a push as we head into the conference tournament.”

“With Kobe and Durey out, Brayan Au has done a great job,” Marlin explained. “He’s a very sound player — 40% 3-point shooter — just a gamer. He’s doing what we though he could do. Devin Butts is getting an opportunity to play every day with the first group, and he’s shown improvement as well.”

Foote: Making sense of all the turnover in UL's men's basketball roster

It’s been quite an eventful offseason for the Ragin’ Cajuns men’s basketball program.

Like all coaches these days, UL men’s basketball coach Bob Marlin was quick to add the coronavirus qualifier when discussing his eagerness to …