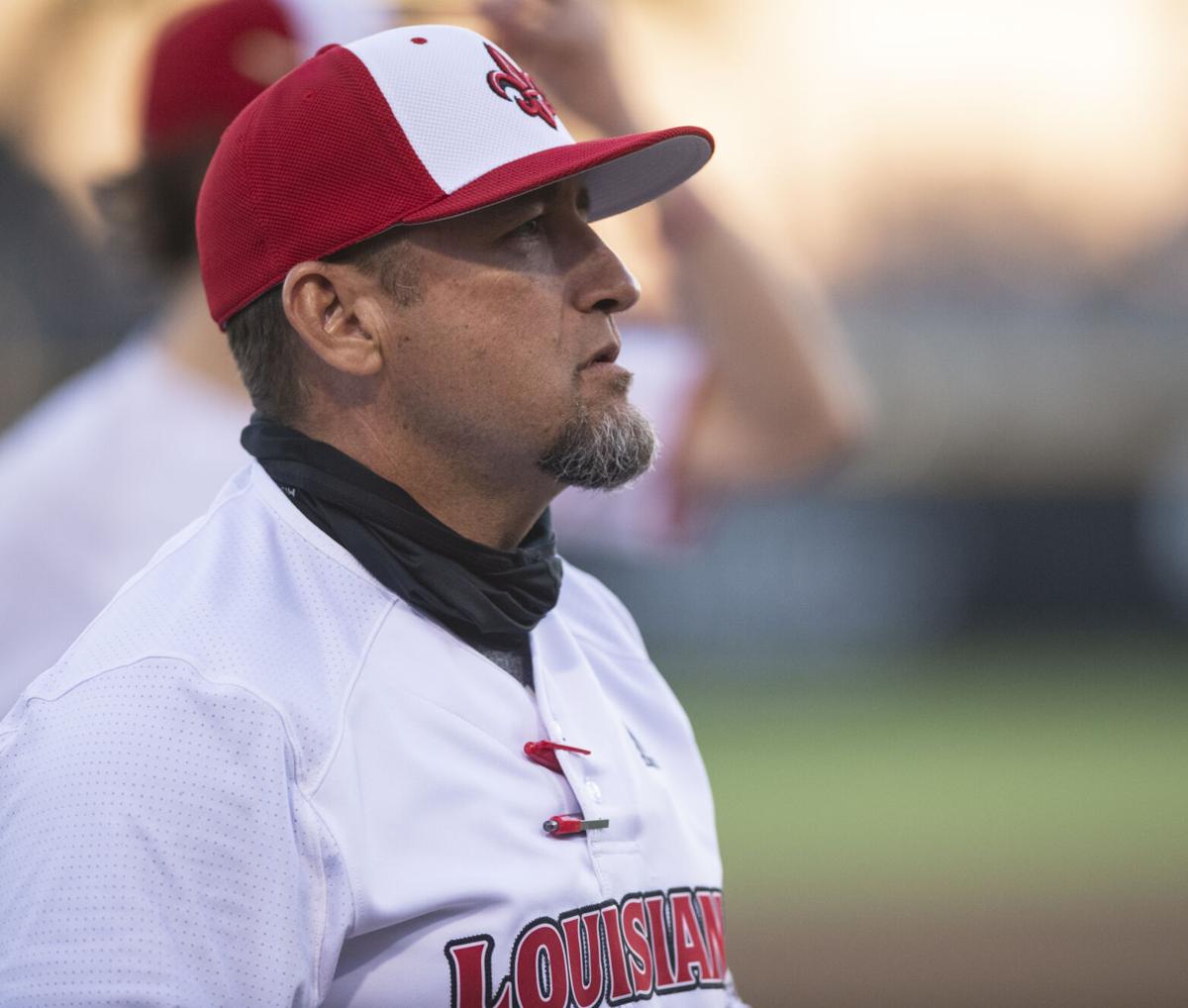 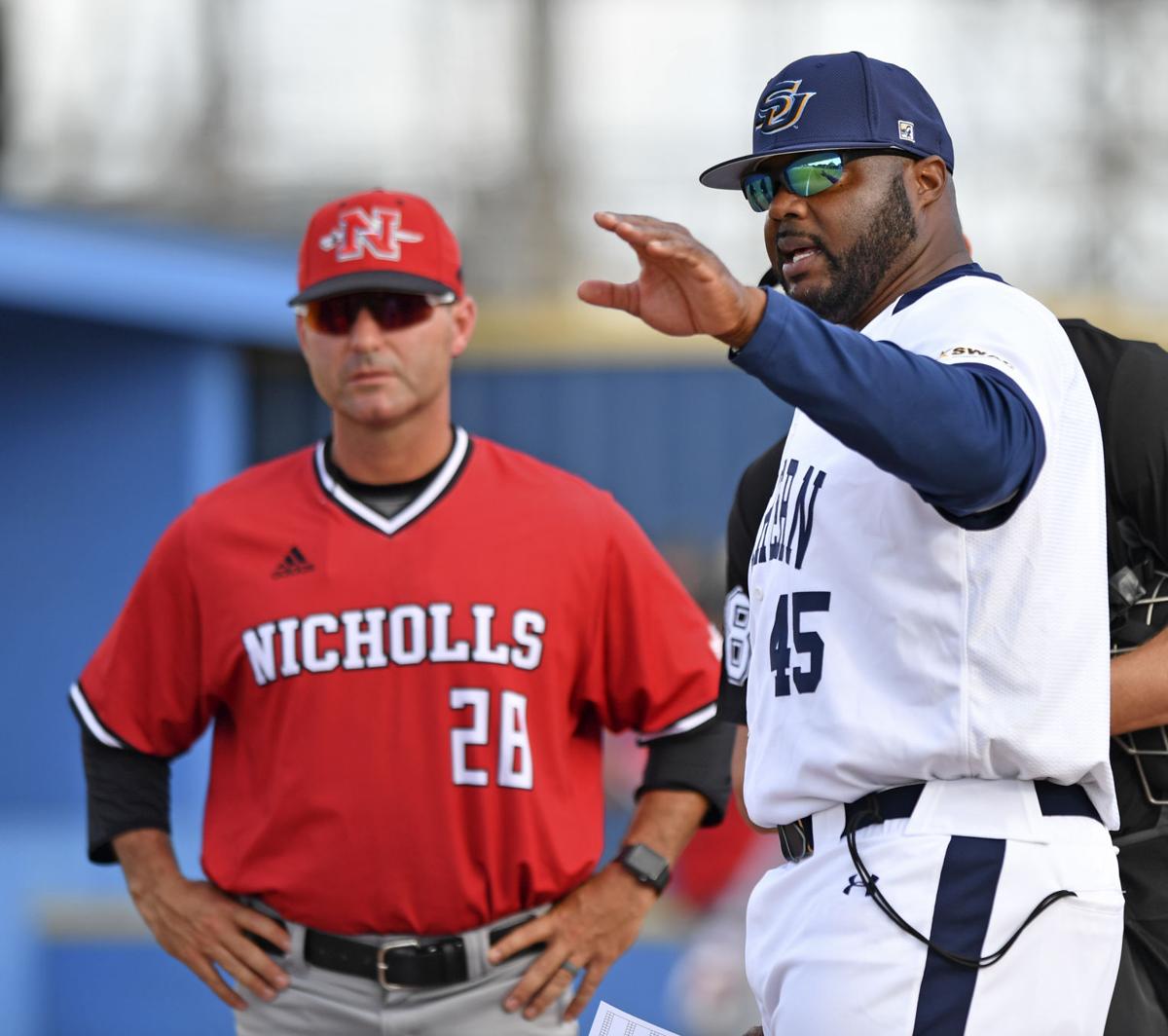 But not a lot of what Thibodeaux said was normal or mundane.

It’s apparent Thibodeaux isn’t on UL’s baseball staff just to collect a paycheck now that his 11-year stint as a head coach at Nicholls is over.

UL vs. Appalachian State: Here's how to watch, what to watch for and what's at stake for Cajuns

“From my sense, what I shared with him (Deggs) when I first got here, I felt like there was some grit that needed to be restored here,” said Thibodeaux, whose Cajuns will play an Oct. 31 home scrimmage against Northwestern State before finishing the fall season at LSU on Nov. 14. “There was a fear that wasn’t there anymore as an opposing coach.”

Thibodeaux may be a newcomer to the staff, but he’s very familiar with the program. The Church Point native was born and raised in this area, and he played at LSU Eunice before going to William Carey in Mississippi.

One of his seven siblings, Mike, won five state championships as the baseball coach at Teurlings Catholic.

Plus, he’s competed many times as an opposing coach on Tigue Moore Field.

“Nothing to do with him (Deggs),” Thibodeaux said. “It just happened that way. Those things happen with transition. I see him coaching his rear end off right now, and I feel like our players are really responding to him. I feel like he’s himself for the first time since he’s been back here. That’s my evaluation.”

When offensive lineman Ken Marks arrived on UL’s campus seven years ago out of Central High in Beaumont, Texas, he thought he knew a little ab…

Thibodeaux is amazed at all the obstacles Deggs faced during his first two seasons after replacing Tony Robichaux at UL — from the mourning period after Robichaux's death to the coronavirus pandemic.

“I feel a sense that this is his program now,” Thibodeaux said. “A lot of those things are behind us.”

And Thibodeaux is here to make sure the Deggs era works as planned.

“I feel like Matt was kind of doing everything last year,” he said. “When you’re a head coach and you have to do everything, I’m going to be honest with you, it’s a lot more fun being an assistant. The only thing I would trade with Matt right now would be his paycheck.

“It’s organization, it’s building — you have so many hats to wear. He was never able to be what he wanted to be.”

Deggs’ skill is building a potent lineup, and Thibodeaux hopes he can help make that happen.

“He’s a magician when it comes to offense,” Thibodeaux said. “He needs to be with the hitters and the baserunners. When I watch him work with those guys, I am amazed at some of the things he’s able to share with them and how engaged they are with him.

“He needs to be with them, and he needed someone to help him with another set of head coach’s eyes.”

It’s not that there won’t be any arguments. Both are passionate about their first loves.

“Well, here’s where coach Deggs and I are awesomely different,” Thibodeaux said. “I think defense first. I come from a place where we had to pitch and play defense, because we were never going to be good enough offensively. So the focus was always on taking care of the baseball with lesser ability than they have here.

Thibodeaux was also brought in to help Deggs with one of his original goals of making UL baseball truly a "Louisiana" program.

"I felt like maybe I can help coach Deggs with connecting Acadiana with him," Thibodeaux said. "Him being a Texas guy, this is my home and I’m proud to be from here. I know a lot of high school coaches here. I know the best programs in the history of UL baseball — the best seasons — have been with homegrown talent. We can’t miss some of those guys. In my opinion, we have to be connected to the high school coaches here.

“We’ve already done a tremendous job with that. We’ve had clinics with them already — just tons and tons of communication with them. We’re Louisiana and we have to recruit Louisiana first.

Thibodeaux relayed stories of how intimidating visiting Tigue Moore Field was during some years at Nicholls.

“From the atmosphere of just coming here as an opposing coach, many times I would have to stall the bus so we wouldn’t get out here and watch BP too early, because it was pretty intimidating,” Thibodeaux said. “Every thing about playing there was intimidating against their opponent.

“I tell these guys over and over again, when we’d come here with lesser talented teams, our players would just feel good about being up in the seventh inning, but just couldn’t finish because they just weren’t good enough. That was good enough for them.”

Thibodeaux’s mission is to help Deggs return UL baseball to that level.

When things got tough during Thursday’s 28-27 nailbiting win over Arkansas State at Centennial Bank Stadium, the UL Ragin’ Cajuns leaned on th…