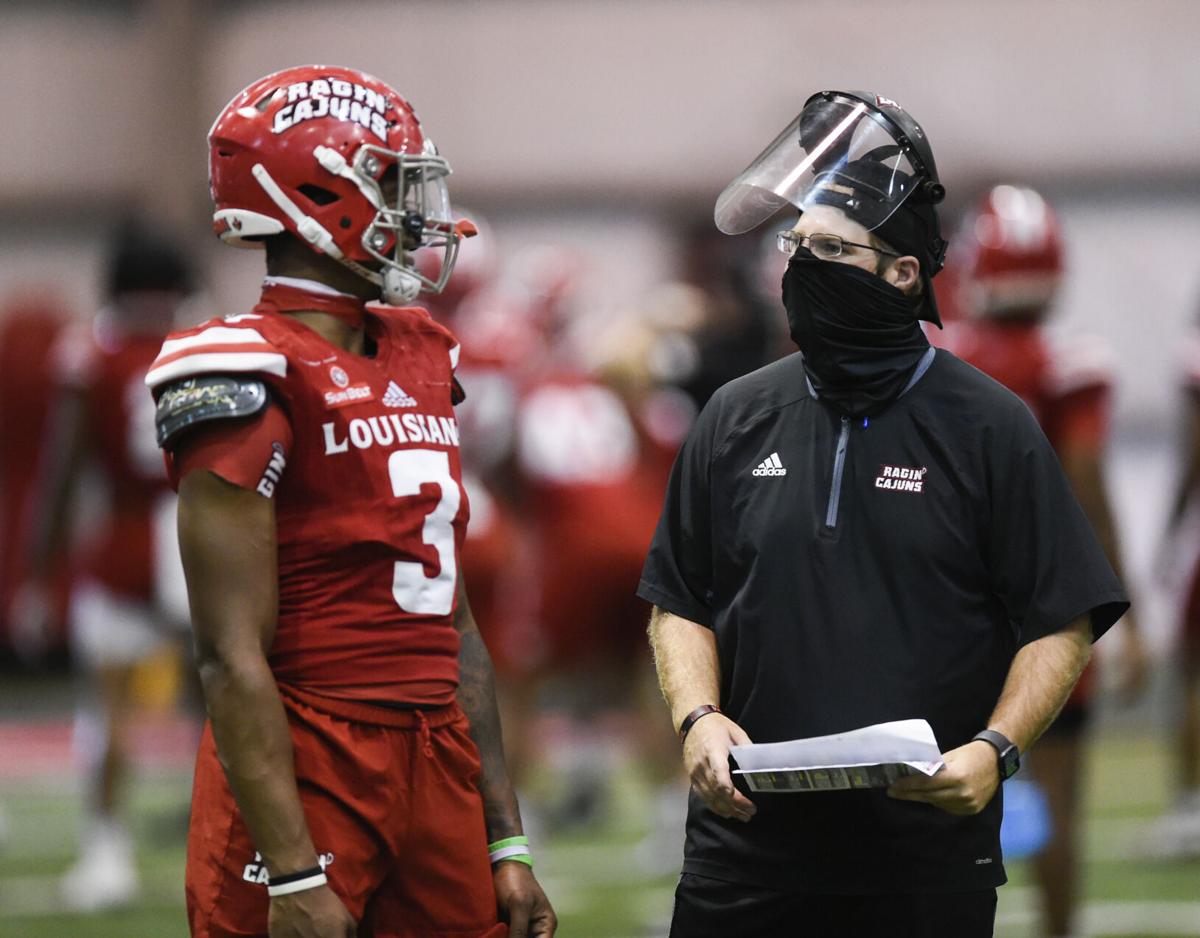 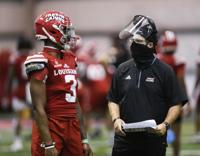 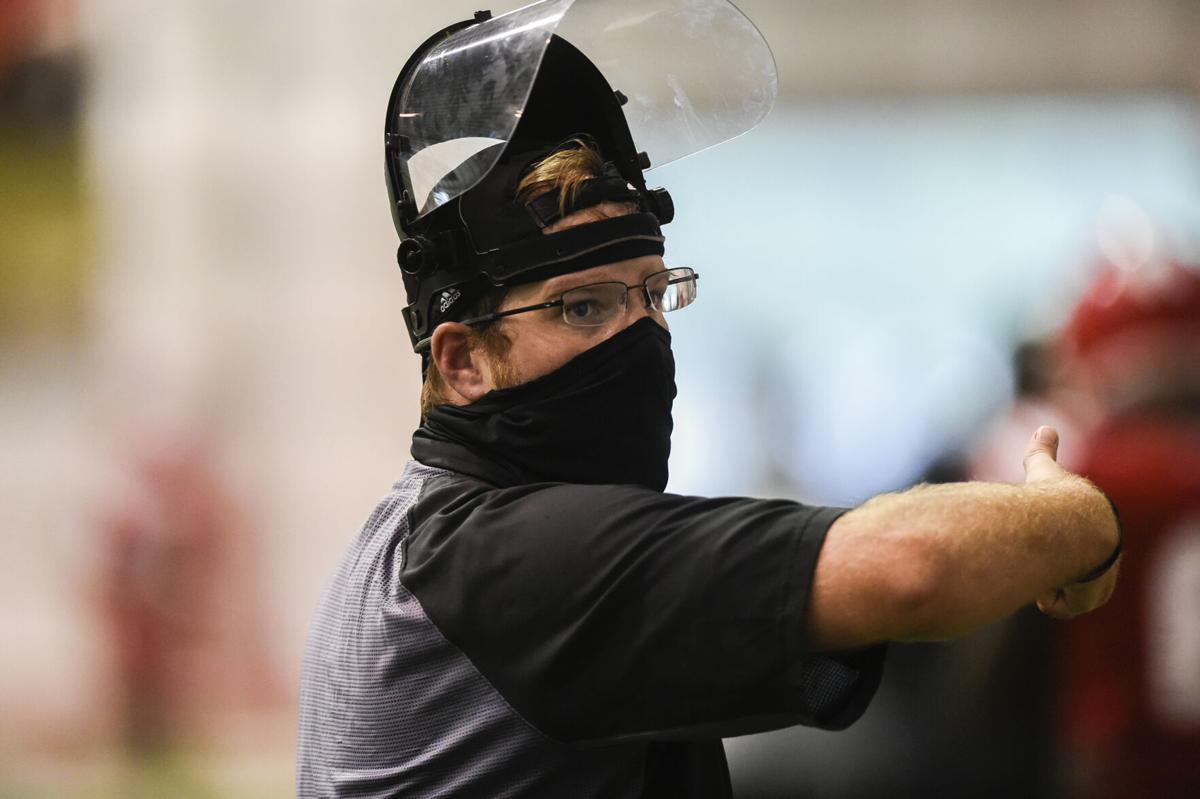 UL defensive coordinator Patrick Toney, shown here at practice recently, figures to have his work cut out for him against Iowa State on Saturday.

UL defensive coordinator Patrick Toney, shown here at practice recently, figures to have his work cut out for him against Iowa State on Saturday.

After all, the former assistant coach at UT San Antonio, Southeastern and Sam Houston State joined coach Billy Napier’s staff in Lafayette before the 2018 season.

But a huge change would be part of Toney’s ascension to the defensive coordinator for the Cajuns.

“I don’t think anyone’s taken over a coordinator job in a pandemic before, right?” Toney said. “So there’s been some learning on the fly. But fortunately, we have a great staff here with a lot of guys to lean on.”

In short order, Toney could tell how committed his defensive players were, having to largely work on their own without direct coach supervision to follow the state's social-distancing demands.

“I’m proud of our players, our team, our coaches,” said Toney, whose first game at defensive coordinator will be at 11 a.m. Saturday at No. 23-ranked Iowa State on ESPN. “Courage is starting a journey without any guarantee of the destination. That’s kind of the situation that we’ve been in the last couple of months. It’s taken some courage to continue the work ethic and preparation necessary to play winning football. Our players have bought into that and showed up for every challenge.”

Redshirt junior linebacker Jourdan Quibodeaux, for one, was elated to hear Toney was the choice to replace Ron Roberts, who took over as Baylor's coordinator during the offseason.

“It’s been really helpful,” Quibodeaux said. “I feel like that was relief that everybody felt when the whole transition with coach Roberts leaving. Us learning that coach Toney would be our DC was refreshing to me, because just the way he’s coached the way that I knew him before he was our DC until now, I had 100% faith that he was ready.”

Apparently, Toney took advantage of the extra downtime during the unconventional offseason by hammering home the mental side of the game to his defenders.

“Every week, they push us to know it, and they also will take the time to make sure we know it,” said Quibodeaux, who suggested the defense likely went over the new install 40 times. “They put us in situations where there’s not a question if we know it, because they’ll be able to see it on film.

“I feel like coach Toney has this defense in a great place for everyone to perform at a high level.”

“It seems like it’s different in practice,” Garror said. “Coach Toney is very competitive. That’s just like me — I’m very competitive. I don’t like to lose. It’s like he’s competing with coach Napier, and I like that. We just play well for him.”

Toney actually introduced the idea during his introductory news conference at media day.

“It’s an 11-person sport, but at some point in the play, there’s going to be a one-on-one that we have to win,” Quibodeaux said. “That’s what they’ve been pushing. We watch it on film as a team, as a position group, every day. We’ve really been tuned to winning one-on-ones, and it’s benefiting the team.”

That strategy flows right into the other huge goal espoused by Toney from Day 1 — situational football.

“Getting our football intelligence a little bit higher,” Toney said. “We’ve got a group of players that played a good amount of snaps. They’re not having to learn what to do in this call. They know that, so what’s the next step?

Theoretically, all the extra mental reps during the offseason that likely produced plenty of eye-rolling by his players should pay off in the long run.

"He knows what’s going on before the play even happens," Butler said. "Coach Toney, he really studies a lot of film. Last year, as a safeties coach and him being my position coach, he’d be on the sidelines (saying) what routes the receivers are going to run before they even run it. The receivers are looking to sidelines like, ‘He must have our play book.’ He really knows everything the offense is fixing to do based off their formation."

So don't even consider the notion that Toney isn’t appreciative of his chance to lead, despite the turbulent offseason.

“I’m thankful coach Napier gave me the opportunity,” he said. “It’s something I’ve worked my whole career for.”

One Iowa State player UL coach Billy Napier didn’t have to watch a minute of film to be sold on was junior quarterback Brock Purdy.