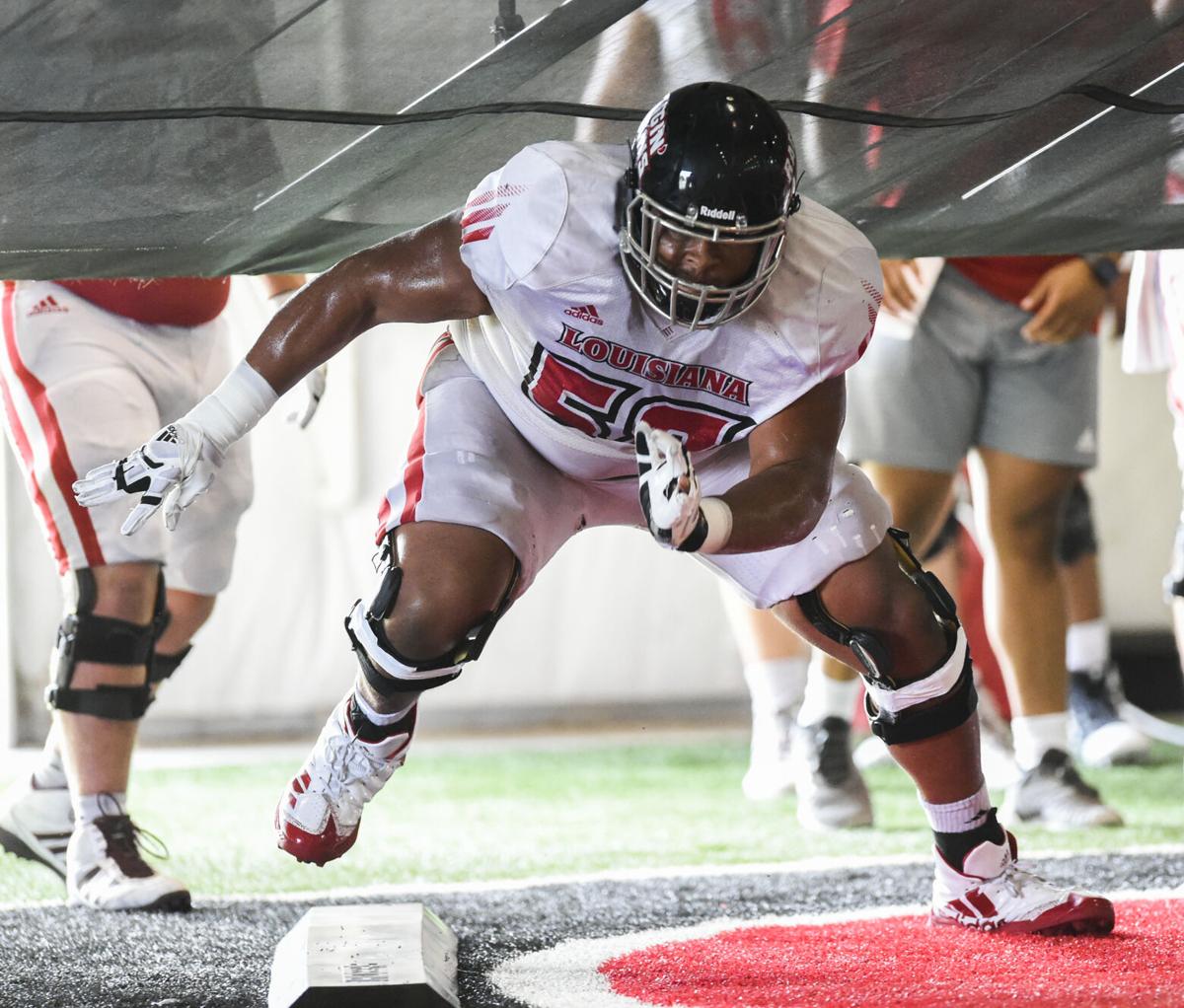 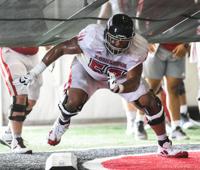 UL sophomore offensive guard O'Cyrus Torrence (58) hit the ground running in his college career with 13 starts as a true freshman. 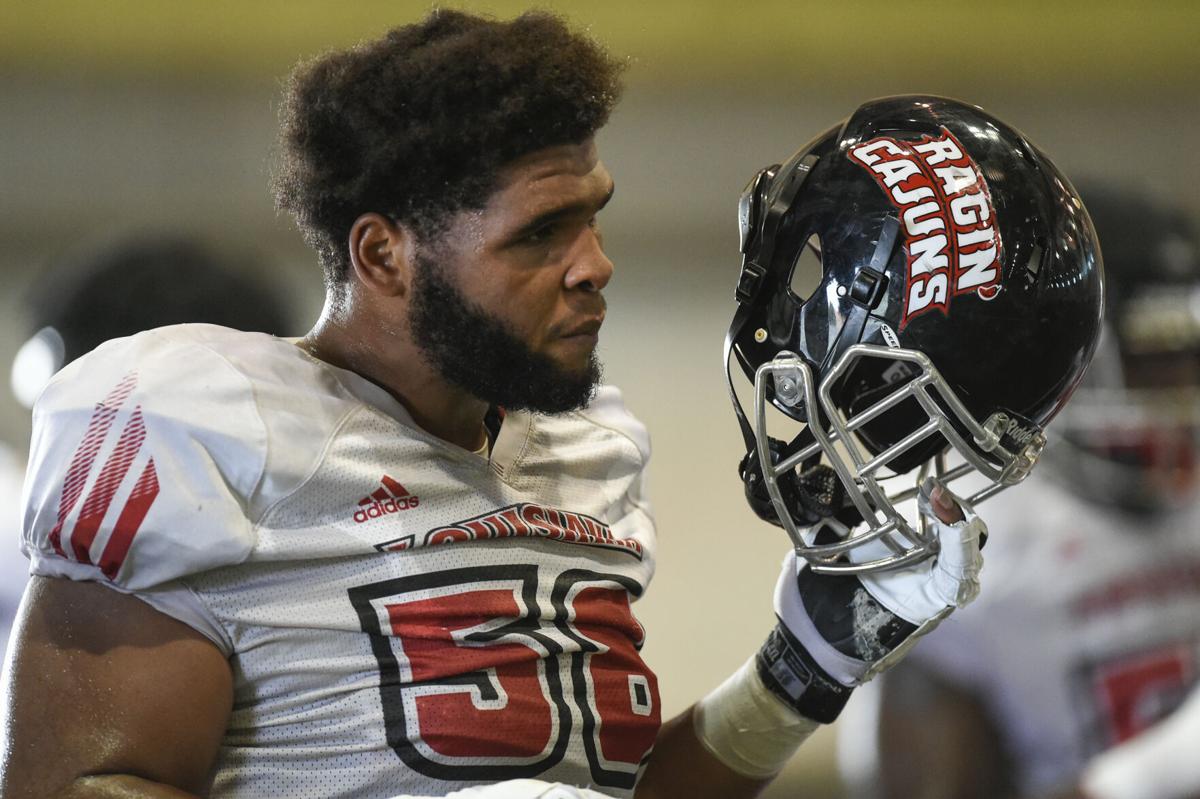 UL's sophomore offensive guard O'Cyrus Torrence (58), shown here at practice Tuesday, has already developed a larger-than-life reputation on the Ragin' Cajuns - living up to his lifelong nickname of 'Cyborg' given to him by his mother. 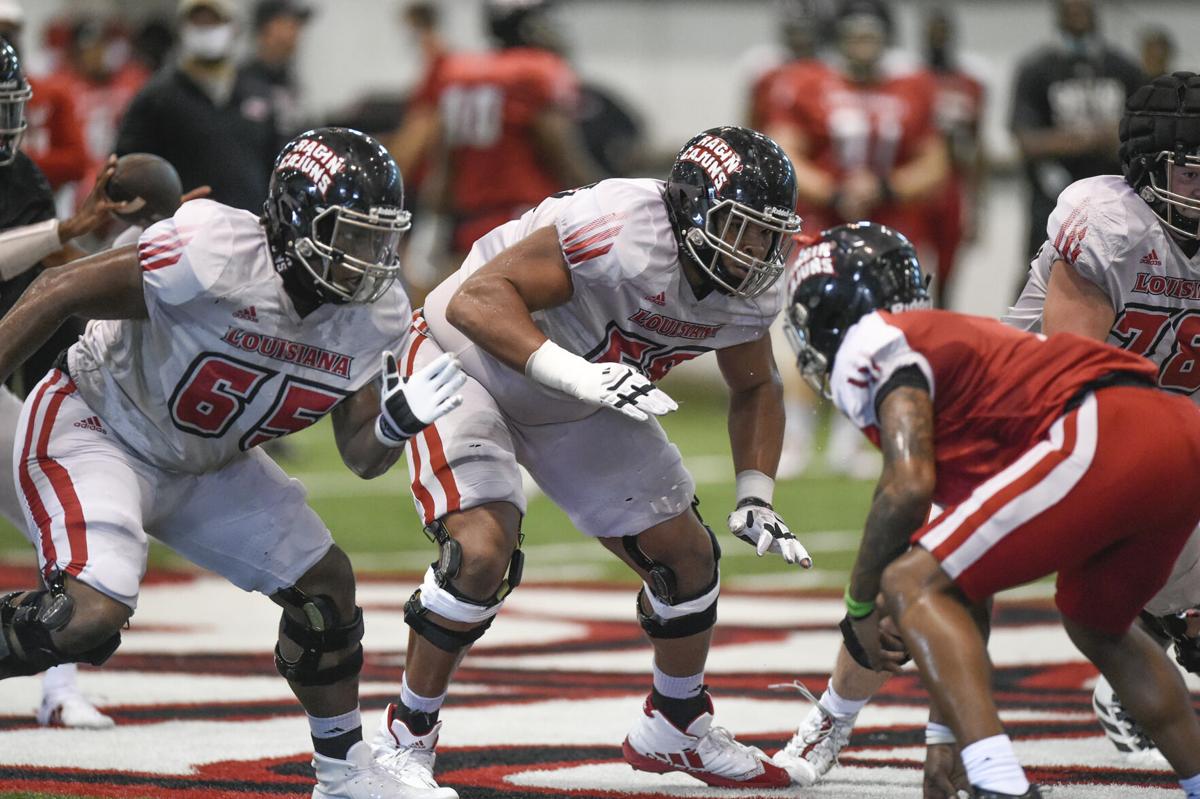 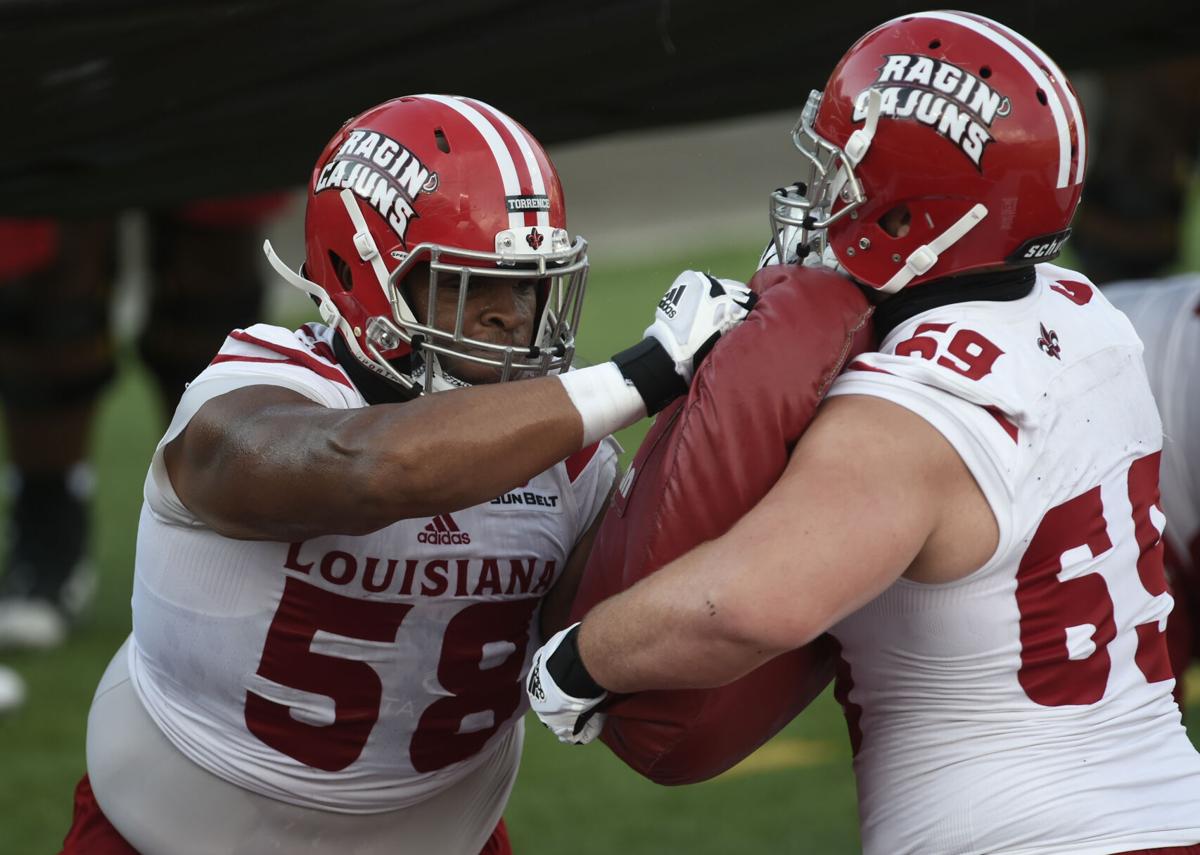 UL offensive guard O’Cyrus Torrence (58) works out with a teammate during practice this week in preparation for Saturday's season opener at Iowa State.

UL sophomore offensive guard O'Cyrus Torrence (58) hit the ground running in his college career with 13 starts as a true freshman.

UL's sophomore offensive guard O'Cyrus Torrence (58), shown here at practice Tuesday, has already developed a larger-than-life reputation on the Ragin' Cajuns - living up to his lifelong nickname of 'Cyborg' given to him by his mother.

UL offensive guard O’Cyrus Torrence (58) works out with a teammate during practice this week in preparation for Saturday's season opener at Iowa State.

Others in his hometown of Greensburg picked up on it and over time it was shortened to ‘Cybo’ to make it easier.

Apparently, Demetrice just had a gut feeling her son was going to be a larger-than-life figure one day.

Although he stands an intimidating 6-foot-5 and 332 pounds, there might have been a few larger prospects in the Cajuns program before.

For two programs that have never met on the football field, the UL Ragin’ Cajuns and the Iowa State Cyclones have a few things in common.

But from Day 1, his UL coaches and teammates marveled over the total package that is O’Cyrus Torrence. Something they won’t likely see again in these parts any time soon.

It won’t surprise many if the former St. Helena Central High standout leaves Lafayette one day as the best Ragin’ Cajuns player ever.

“I think the sky’s the limit for him,” junior right tackle Max Mitchell said. “He’s handled his diet well. He’s strong. He’s athletic. The kid has got all the football instinct in the world. I think he can definitely go easily first round by the end of his career here for sure.”

Currently, the highest drafted Cajuns are four second-rounders: Charles Tillman (No. 35 overall), Anthony Clement (No. 36), Robert Hunt (No. 38) and Orlando Thomas (No. 42).

There’s just something about this three-star recruit who also got offers from Louisiana Tech, Middle Tennessee, Southern Mississippi and South Alabama.

Some of it is his size, but it goes far beyond his physical stature.

UL vs. Iowa State - By the Numbers

“What’s most impressive about O’Cyrus is you can watch him compete and see how impressive he is physically, but that all starts between the ears,” UL strength coach Mark Hocke said. “It’s the way he’s wired; the way he thinks. That’s what makes him different from just about anybody and everybody. I think he’s going to continue to have success.”

In addition to the size and instincts, Torrence arrived in Cajun Country with a great work ethic.

“I haven’t seen any let-up in his work ethic,” Hocke added. “He’s a guy that’s going to show up and give everything he’s got every day. I played a little running back in my day and I wouldn’t mind running a little inside zone behind him myself. I might be able to get a yard or two behind him.”

“He’s a freak,” junior center Shane Vallot said of Torrence’s immediate success as a true freshman. “He’s a big dude. He’s a player. He got thrown in as a freshman and I would say he did a hell of a job. He competed. He’s a fighter. He doesn’t give up.”

And as Vallot tells it, add being eager to learn to Torrence’s impressive arsenal.

Foote: Napier's team has earned the right to focus on football at Iowa State on Saturday

“He likes to learn,” Vallot said. “He’s in the meeting room with us. He would come in and text me, ‘You want to go over the game plan this week?’ He wants to be learn. He wants to be there. He did it.”

“He stepped up ready,” Lewis said. “(Offensive coordinator Rob Sale) just threw him in the fire and he didn’t bend, he didn’t break. Some guys had ups and down. I didn’t see a down in Cybo’s game the whole season. Some guys are just built for it and ready for it.”

As Torrence explains, much of the credit for his readiness goes to Sale and the coaching staff. They saw his potential right away and planned to give him playing time even if everyone stayed healthy.

“My coach toward the end of the summer last year and we started fall camp, the more and more in practice, Coach was telling me I’ve got to get ready, because they were going to try to get me in,” said Torrence, who will make his first season-opening start at 11 a.m. Saturday against No. 23 Iowa State on ESPN. “Of course, I didn’t know Ken was going to get hurt. He just always practiced me like I was going to play.

“He (Sale) basically prepared me for that moment. So when that moment came, of course I was nervous, but I had practiced for it and I was ready for it.”

While Torrence had the natural nerves any 19-year-old would have in that situation, Sale didn’t after watching his preparation.

“You knew when you put him out there against Mississippi State, you knew you weren’t just rolling the dice,” Sale said. “It wasn’t, ‘Oh no, what is he going to do?’ You know what he did in practice is what he was going to do in a game. It didn’t shock me.”

From the moment Sale began teaching Torrence about college football, he noticed this pupil is different than the rest.

“A lot of it is him, the way he’s wired mentally — being tough, effort, football instincts — had a lot to do with it,” Sale said. “You talk about the reason why you do it is to be able to coach guys like Cybo.”

To be honest, Torrence admits he didn’t actually pick everything up right away. But it didn’t take long.

For the rare athlete like ‘Cybo,' it just “got easier faster” than the normal teenage earthlings.

Until Tyrell Fenroy came around in 2005, no Ragin’ Cajuns running back had ever rushed for 1,000 yards in a season.

“Then one day I started understanding more of what coach was saying during film and what happened on the field. It just kind of clicked and it got easier.”

“It was hard trying to match it. I just tried hard to do everything they did and try to practice as hard as I could.”

One year later, Torrence is now 20 years old and somehow is taking his rapid rise in college football in stride.

“I just remember what got me here, the hard work at practice and the people around me that helped me get the point where I am today,” Torrence said. “Don’t forget the small stuff that you do to get here. Stay humble.”

By the “small stuff,” the second-team preseason All-Sun Belt honoree is referring to the influential leaders in his life growing up – from his family to his high school coaches.

“My coach from high school to my grandma and my mom who raised me and helped me stay positive and keep my head on straight and help me know what my goal is and what I want in life,” he said. “A lot of people have been in my corner and helped me.”

Apparently even super heroes need assistance … at least the humble ones do.

Asked if he grew up comfortable with his mother’s nickname.

Torrence said his big dream is to make it to “the next level.”

For now, he’s simply focused on helping the Cajuns pull off an historic upset Saturday.

“I feel like we’re more motivated this year than we were last year, because of how we couldn’t finish with Mississippi State (38-28 loss) well,” Torrence said. “But this year, we’re ready and we’re motivated. It’s a big opportunity for us.

“We’re probably underdogs, but I like those odds. We’re going to show the whole world what we’re made of and that we’ve been working for this whole time.”