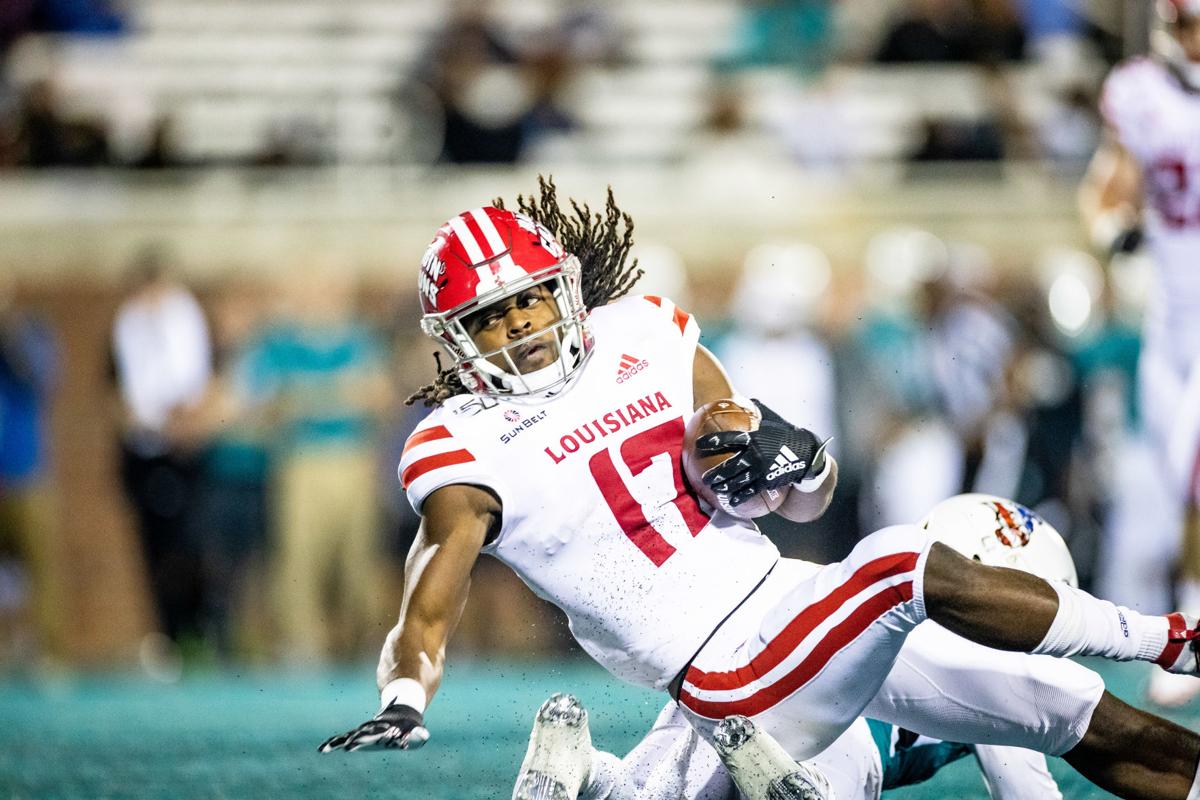 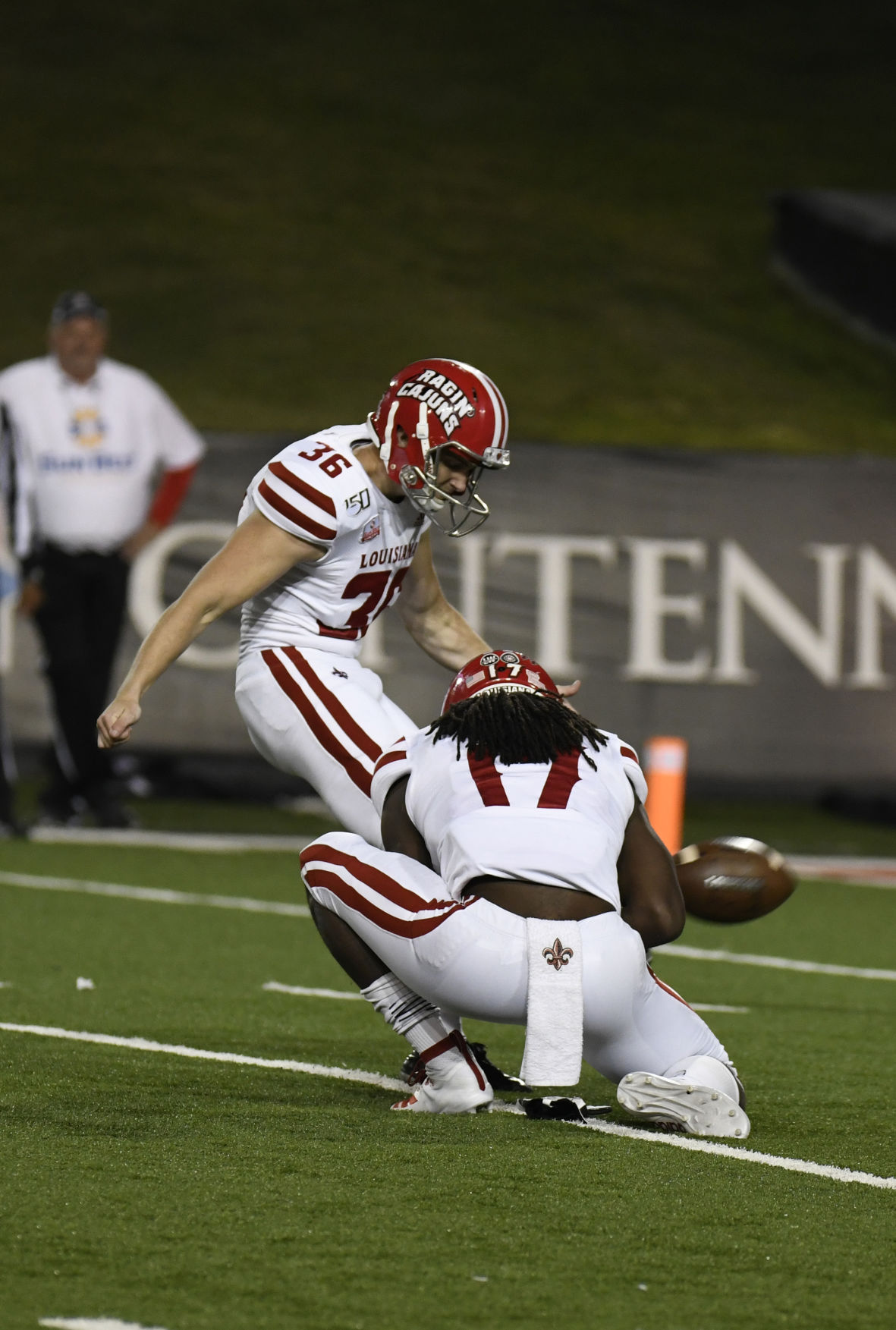 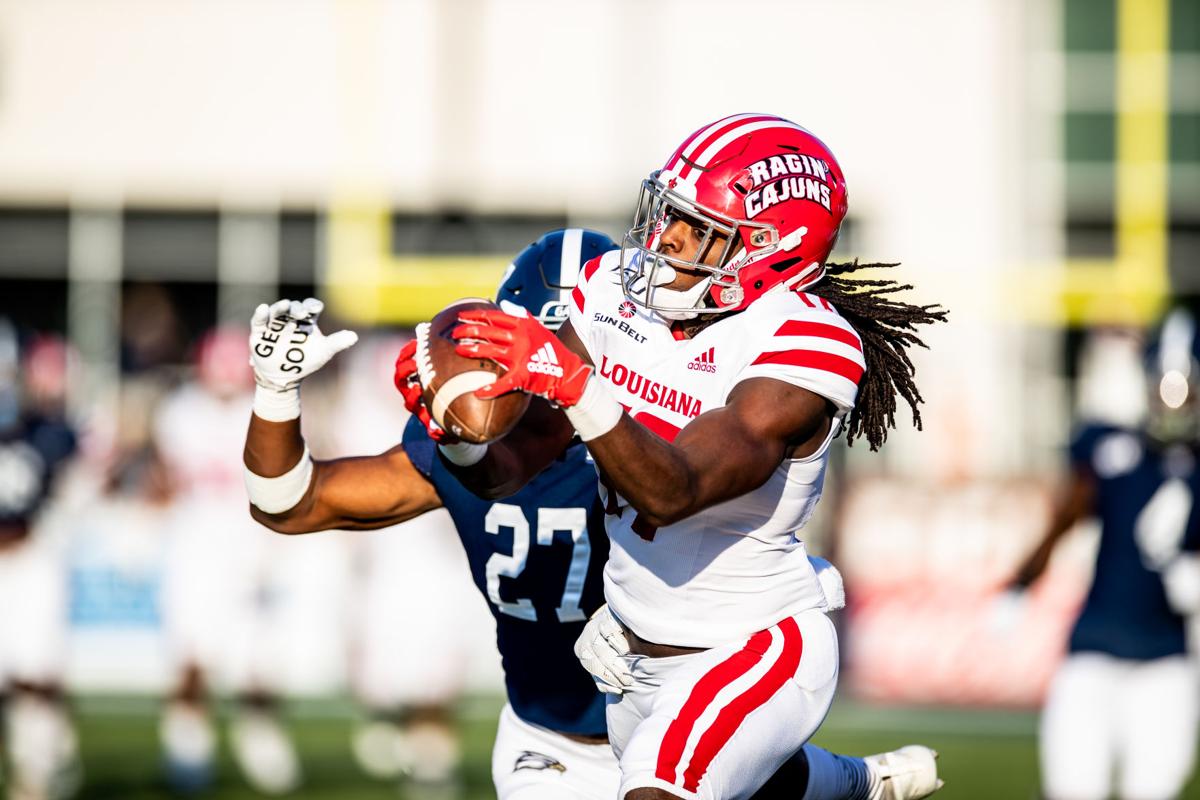 UL senior receiver Jarrod Jackson (17), shown here snagging a big reception early in the road win over Georgia Southern earlier this season, finished off his senior season with a flurry. 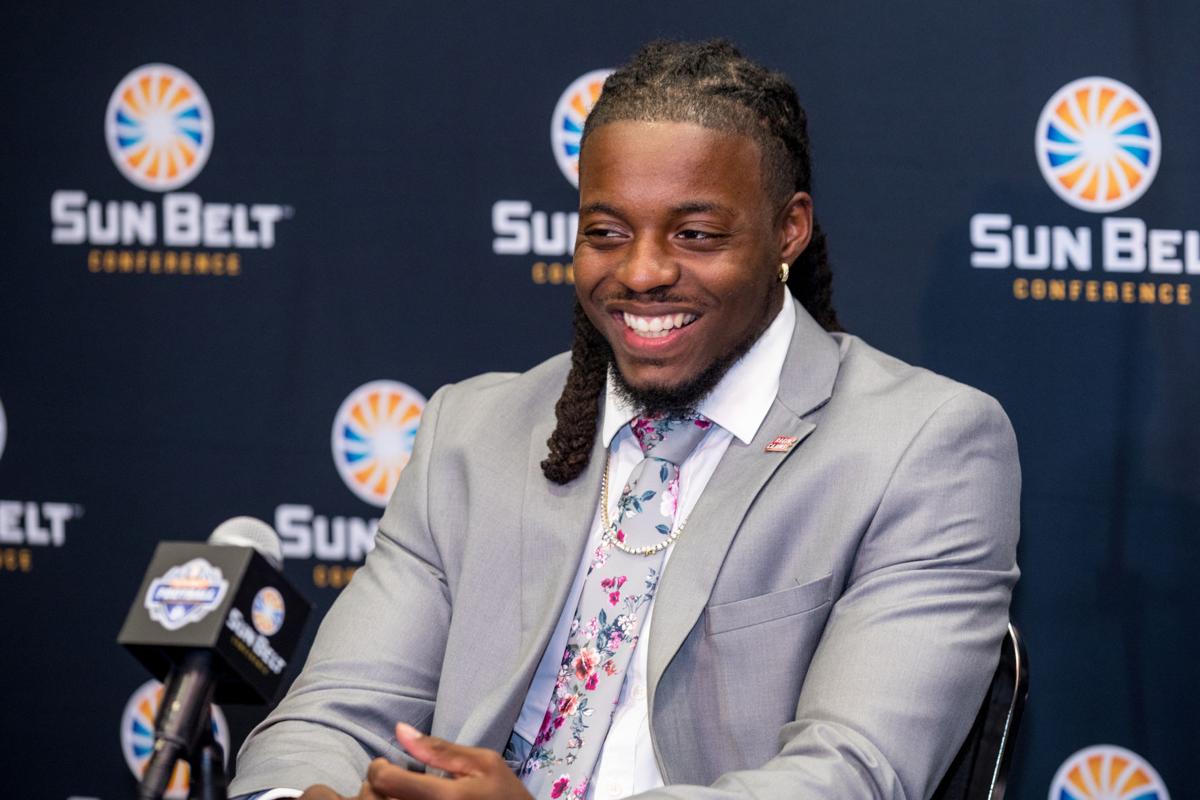 UL wide receiver Jarrod "Bam" Jackson emerged as one of the Cajuns' team leaders and spokesman later in his career.

UL senior receiver Jarrod Jackson (17), shown here snagging a big reception early in the road win over Georgia Southern earlier this season, finished off his senior season with a flurry.

UL wide receiver Jarrod "Bam" Jackson emerged as one of the Cajuns' team leaders and spokesman later in his career.

His smile said it all.

UL senior wide receiver Jarrod Jackson … known by everyone around the program as “Bam” – almost doesn’t even know what to do with himself these days.

Known as one of those old-school football players who could have played in any generation, the former East St. John High standout just loves football and he loves being a teammate on a football team.

He loves the aspects of the game that he draws praise from and he loves the parts where no one notices besides his teammates and coaches.

He loves doing every little thing that’s required – on and off the field – to help his team win.

Some of it has been opportunity and some of it is just an inexperienced player growing up down the stretch.

So just try to imagine how much of a dream come true Jackson’s senior season has been as his 10-2 Ragin’ Cajuns prepare to travel to meet nationally-ranked Appalachian State with the Sun Belt Conference crown on the line at 11 a.m. central Saturday on ESPN.

“It’s like a dream,” Jackson said. “This season has been a blur. It felt like yesterday we were at fall camp talking about playing Mississippi State. Just being able to help the team out and us actually going on a roll, guys like me, Kevin (Dotson) and all the other seniors that have been in the locker room with me for the last five years, we’ve always talked about, ‘We’re the best class to come through here.’ Now we get a chance to really show that.”

It's never been around personal recognition for Jackson.

But for five years, Jackson and his teammates have toiled through some really tough seasons – three losing seasons and one .500 campaign prior to this year – just hoping it would all pay off in the long run.

“Since I was a kid, I always dreamed about playing right after (ESPN) college game day, having them pick out our helmet and all that stuff like that,” Jackson said. “That’s exciting.

Fittingly, Jackson’s work in his primary position of wide receiver has been more productive in his last two games – with four catches for 51 yards against Troy and another four grabs for 66 yards in last week’s win over ULM.

Fittingly, his best game of the season was five catches for 68 yards against Appalachian State in October.

“It always feels good to be able to be in a position to help my team out,” Jackson said. “Like I said at the beginning of the season, I don’t care what I have to do. As long as we win games, that’s all I care about.”

Also, however, don’t forget Jackson also serves as the holder for kicker Stevie Artigue, who booted the eventual game-winning field goal from 27 yards with 1:21 left to play.

A game that wound up being decided by field goals — one made, one missed — was supposed to match the Sun Belt Conference’s best rushing team a…

Early on, the field goal unit endured some difficulties, only making two of its first six field goal tries.

“For one, to be honest, we broke the balls in,” Jackson explained some of the early trouble. “At the beginning of the season when you have those new footballs, they’re still kind of waxy and it’s kind of hard to get a handle on those things. I wasn’t wearing gloves at the time. I wear one glove on one hand when I hold.

But now heading to the Sun Belt title game, Artigue is amazingly enjoying a banner senior season with 13-of-17 kicking numbers.

“Practice, practice, practice,” Jackson said. “Every day, I’m always talking to Stevie. I’m always asking him how he wants it. I’m practicing with Paul and Stevie and really all the specialists after practice after our field goal prep, staying 30 minutes later catching 20 snaps, 50 snaps … just repetition, just keep doing it and doing it.”

Through it all, Jackson never doubted that he was appreciated by those who matter the most – no matter what his receiving totals were.

UL coach Billy Napier, for one, is convinced of Jackson’s legacy at UL.

Kevin Foote: No need to sweat the details after UL's 10th win of the season

For all those sweating the details of UL’s 31-30 nailbiting victory over UL-Monroe on Saturday at Cajun Field, there was certainly a lot to be…

“If I was out there and I had a business and I was looking for a guy to go to work in my company, I’d hire that guy,” Napier insisted. “Whatever you give him to do, he’s going to do it. He ain’t going to say much or complain. The guy ain’t never complained.

“Maybe he doesn’t get quite as many balls as he would in some systems. He plays well without the ball. He makes critical plays in critical moments. He’s a great special teams player. Special guy man, one of my favorite guys.”

For Jackson, it’s definitely been all worth the effort.

“It’s just to show that all things are possible, no matter how it may be stacked up or how the schedule might look or whatever the case may be,” he said. “If you believe and put in the hard work and do your job and you care about your teammates and you do the small things right and go the extra mile, everything you want, you’re going to reap it in the end.”

It was late in the third quarter and it was already pretty obvious the ULM Warhawks weren’t going down easily Saturday at Cajun Field.

In Saturday’s postgame news conference after the 31-30 win over UL-Monroe, it wasn’t hard to detect what was one of UL coach Billy Napier’s fa…