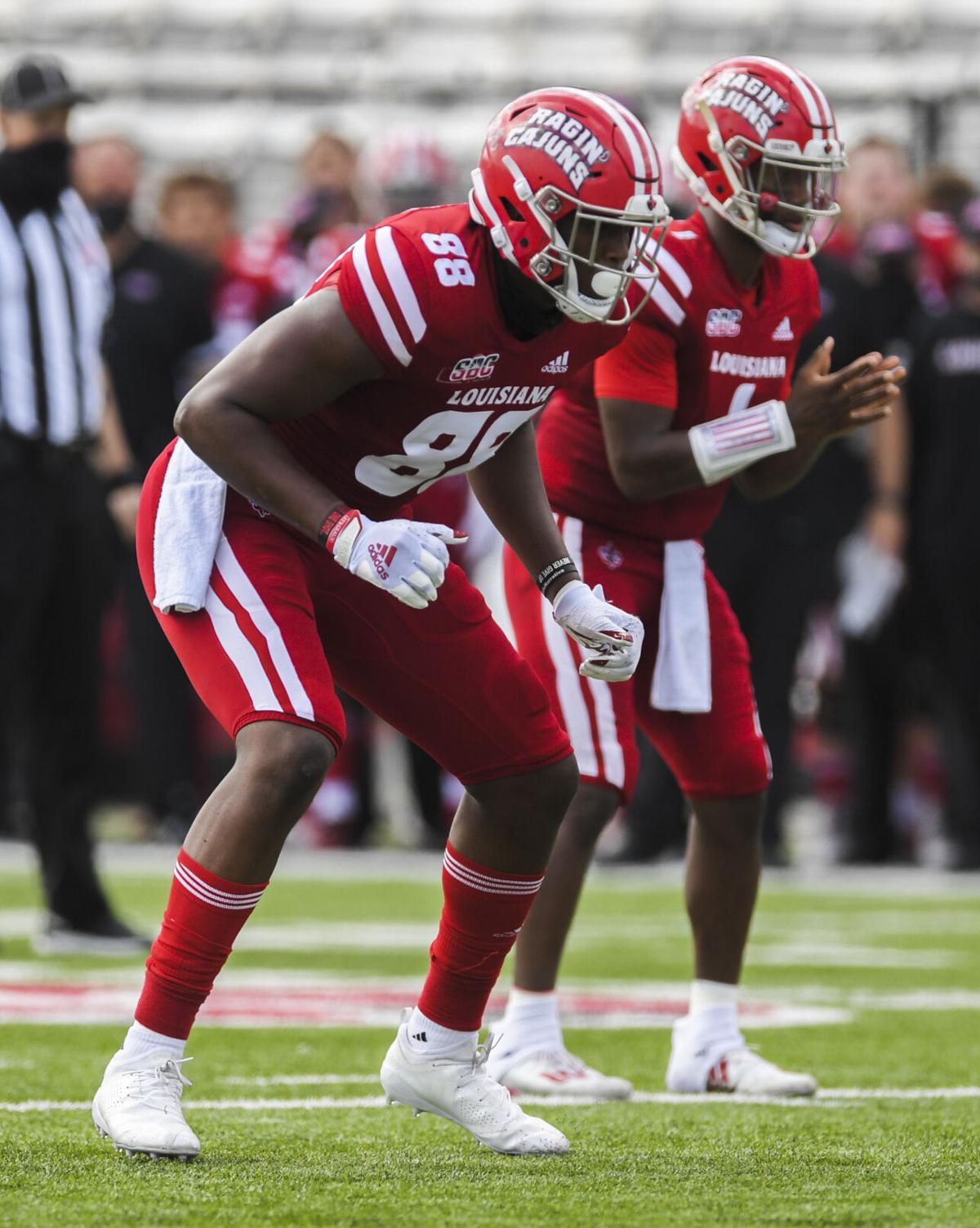 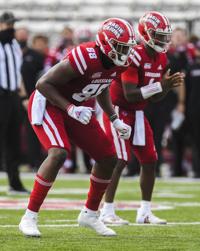 UL tight end Johnny Lumpkin (88), shown here during Georgia Southern game, said his understanding of the game increased during the year he was out with an injury. 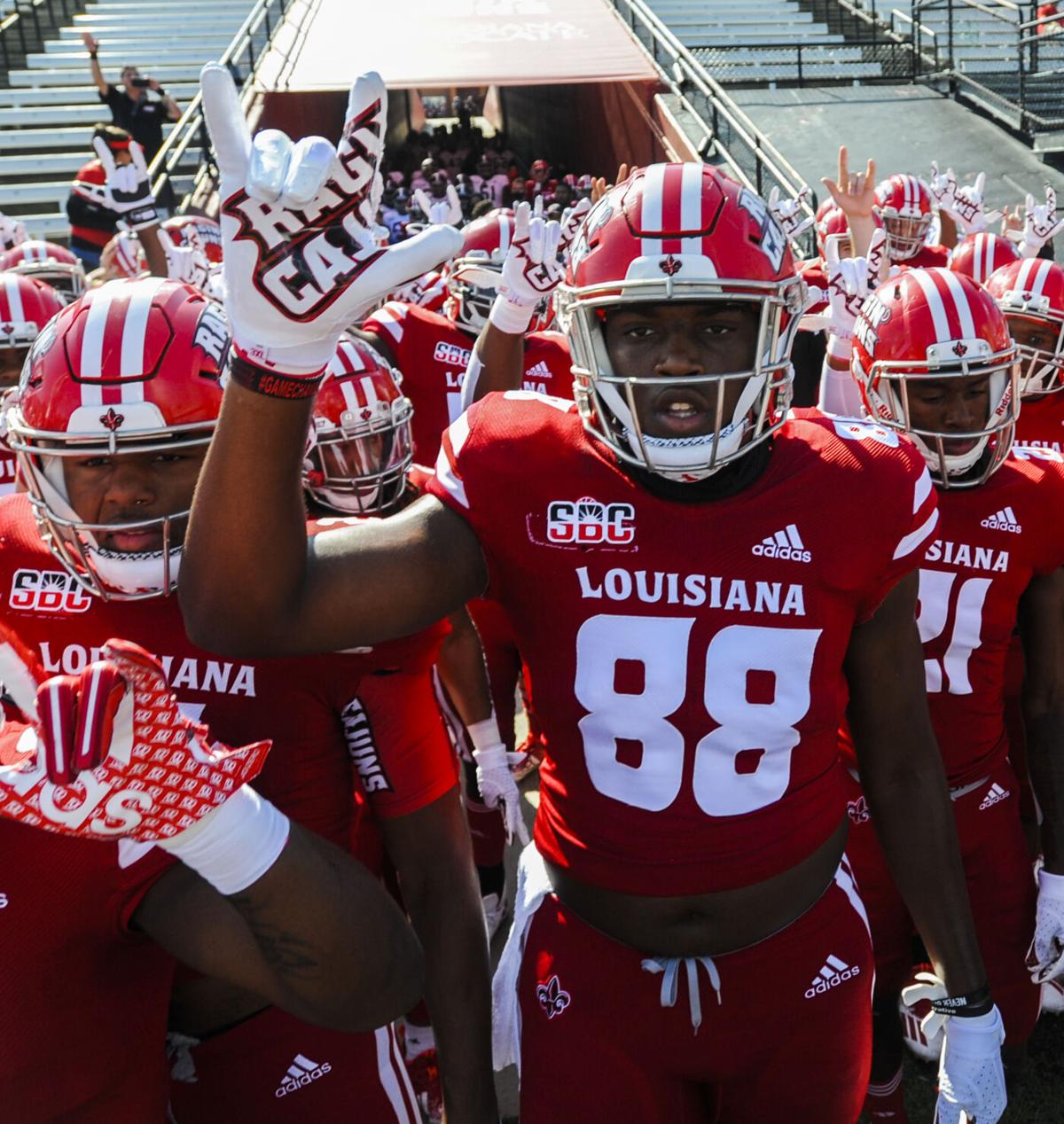 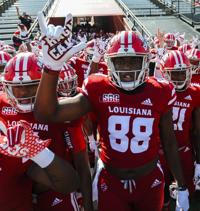 UL tight end Johnny Lumpkin (88) said he became a player and a better teammate while sitting out last season with a separated shoulder.

UL tight end Johnny Lumpkin (88), shown here during Georgia Southern game, said his understanding of the game increased during the year he was out with an injury.

UL tight end Johnny Lumpkin (88) said he became a player and a better teammate while sitting out last season with a separated shoulder.

When he signed with the Cajuns out of Hutchinson Community College in 2018, he had every intention of it being that way by now.

The native of Atlanta, Georgia enjoyed modest success that first season in Lafayette with six receptions for 67 yards.

But just as UL coach Billy Napier beginning consistently relaying high hopes for Lumpkin during August camp last summer, the 6-6, 260-pounder separated his shoulder and was lost for the season.

The immediate disappointment was painful, but somehow he flourished through it.

“I was down a little bit, but really honestly, my teammates and my coaches really uplifted my spiriting, understanding that guess what everything happens for a reason,” Lumpkin said. “God has a plan. You just have to respect and understand that he’s working in your favor no matter what situations occur.”

After sitting out a season, Lumpkin isn’t quite back to where he was prior to the injury with three catches for 23 yards in three games.

Of course, you wouldn’t know that by the huge smile on his face.

Just being back in uniform and helping the No. 23-ranked Cajuns win games is plenty enough for him.

“It means a lot,” Lumpkin said. “I’m blessed and more humble. Coming into last season, I had big expectations for myself – not saying I don’t this season – but I just wanted to be a part of the success we had last year.

“It humbled me because I was on the sideline and I had to become the biggest cheerleader for the team, instead of actually being on the players out there – making plays and impacting the game.”

For starters, having to serve as a cheerleader last season also offered him time to study the game like never before.

“Being more vocal and really honestly learning the game, being more of a student of the game,” Lumpkin said. “Understanding that since I’m not going to be out there, I had to study the play book harder and study defenses more, because I knew I wasn’t actually going to be out there physically and actually execute the game plan.”

In addition to learning more about his position, Lumpkin actually approached his defensive teammates to educate himself on their roles as well.

“I took our game plan, took our playbook and I really understand it,” he explained. “I had never really studied the whole aspect of the game. This whole offseason and when we were quarantined and when I was actually injured, I really took the time to really study defenses.

While they compete on opposite sides in practice almost daily these days, they’re still teammates.

“It’s a brother-brother,” Lumpkin said. “They were eager. Offensive guys ain’t really going to run over to the defensive guys and ask them, ‘Hey, why you do this coverage? Why you dropped? Why you busted a play?’ We’re competitive, but we’re also a team.”

None are closer to Lumpkin than his teammate Dillon. When Lumpkin’s season ended last summer, Dillon was there to offer advice. After all, he had missed the entire previous season.

“He helped me stay up,” Lumpkin said. “When it was traveling days on Fridays and I couldn’t travel with the team, he always kept me in high spirits. He always made sure I was OK. He taught me, ‘Johnny, you’ve got to be humble. Your time is coming. Everything happens for a reason.’ ”

Suddenly, he understands making that key block on a big ground gainer is really just as important as making that reception.

“The running game is important to me just as the passing game is,” Lumpkin said. “Me blocking the 8-technique and me cutting out the back side is just as important to me as catching a 20-yard pass. In reality, it’s all the same because of other production.

Moreover, when Lumpkin suffered a few drops early in the season, he didn’t panic. He didn’t lose his zeal to block. He didn’t allow frustration to set in.

“The running game is a big part of being a tight end as well, so the catches early that weren’t made, I still had to go out and execute at a high level,” Lumpkin said. “That doesn’t mean the ball wasn’t coming to me again.

“I still owe a vow to the running backs that I have cut off my guy and actually block my guy. At the end of the day, I got to get through and I had to move on. Mental toughness is a great aspect a football player needs.”

Napier said Lumpkin is still on the slow track back to where he once was.

“He’s a guy who has missed some time,” Napier said. “I think repetition is ultimately the best way to teach and Johnny’s missed some reps. It’s just about getting back in there and being consistent with the effort and trying not to make the same mistakes twice – improving technically and certainly big-picture wise.

“All of those repetitions add to your knowledge and to your football IQ as well.”