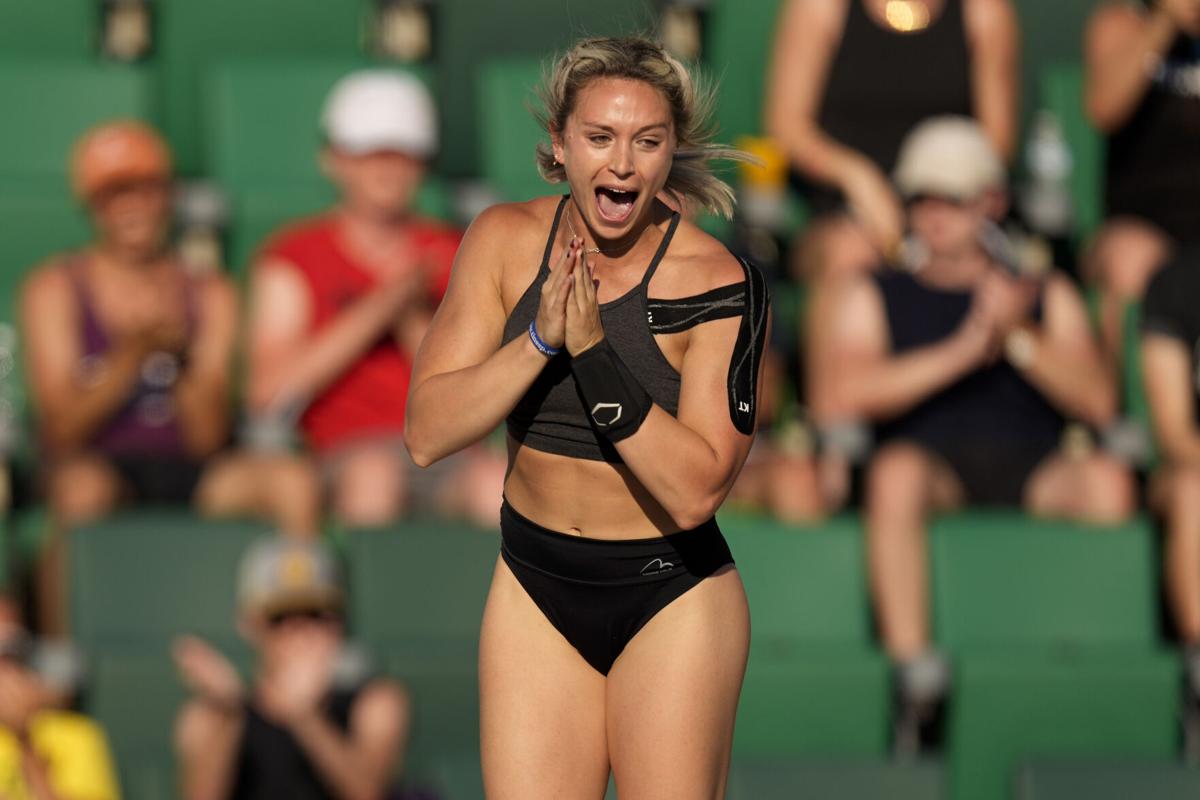 Morgann LeLeux of New Iberia celebrates during the women's pole vault final at the U.S. Olympic Track and Field Trials on Saturday, June 26, 2021, in Eugene, Ore. LeLeux finished second to qualify for the Tokyo Olympic Games. She cleared a personal best 15 feet, 5 inches. 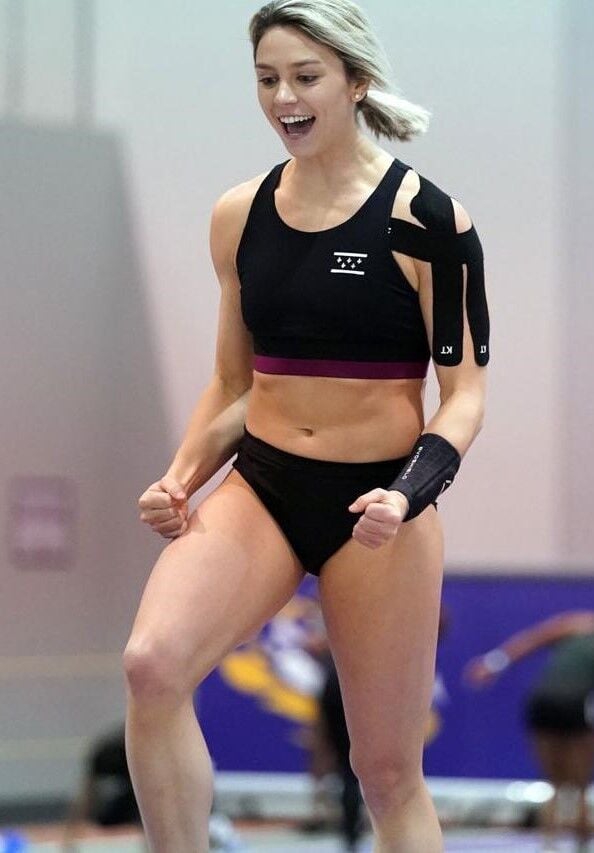 Former UL standout and New Iberia native Morgann Leleux qualified for the Tokyo Games with a runner-up finish in the qualifying meet Saturday in Oregon.

Morgann LeLeux of New Iberia celebrates during the women's pole vault final at the U.S. Olympic Track and Field Trials on Saturday, June 26, 2021, in Eugene, Ore. LeLeux finished second to qualify for the Tokyo Olympic Games. She cleared a personal best 15 feet, 5 inches.

Former UL standout and New Iberia native Morgann Leleux qualified for the Tokyo Games with a runner-up finish in the qualifying meet Saturday in Oregon.

Just ask New Iberia's Morgann Leleux, who realized a dream on Saturday by earning a spot on the U.S. Women's Track and Field squad for the Tokyo Olympic Games.

Leleux finished second in the pole vault at the Olympic Trials in Eugene, Oregon, with a personal-best clearance of 15-5, placing second behind the 16-2.75 of Katie Nageortte and joined by Sandi Morris (15-1).

“To be honest with you, I was more nervous for the qualifying than I was for the finals,” Leleux said. “There was a lot more on the line. Everything was on the line to make the finals.

“Once I made the finals, in my mind I was focused on winning.”

Leleux took three tries to clear 14-5.25 in preliminary action, then popped 14-9 on her first try to secure a finals berth and felt much better about things.

“That just released a load of tension,” she said. “I was so much more relaxed after that. There was a lot less pressure.”

Veterans Olivia Gruver and Jenn Suhr cleared 15-1 like Morris, but were eliminated by missed attempts.

Nothing will eliminate Leleux's focus after Saturday's competition, when she locked in to the task at hand.

The third time — in more ways than one — turned out to be the charm for former UL track and field standout Morgann Leleux.

“I didn't really pay attention to what the others were doing (in the finals),” Leleux said. “I kept going way off to the right, and we were working on that. I was over on the side, by myself.”

A multi-state champion at Catholic High-New Iberia, Leleux was an All-American and SEC champion at Georgia, then jumped for UL and set a school record of 15-1 en route to All-American status and a Sun Belt Conference title as a graduate student in 2016.

She was an alternate for the 2016 Olympics and was primed to make a run at a spot on the 2020 squad before the coronavirus pandemic put a pause on the Tokyo Games. Now, a year later, she has her chance and doesn't plan to waste it.

“I'm a way better vaulter than I was in 2016,” Leleux said. “Mentally, I'm tougher. I'm more confident in myself. I have the physical ability, I'm injury free and I've also worked a lot on the mental side of it.”

Former LSU sprinter Terrance Laird and hurdler Cassandra Tate both advanced to the final of their respective events Saturday at the U.S. Olymp…

“It could have been any one of five of us today,” Leleux said. “I knew I had to fight, bar by bar, one at a time. To be honest with you, we're all going to have to jump higher in the Games, but my attitude is that I'm going there to medal.”

The shadow of COVID-19 still lingered over the action in Eugene, but it could not dim the joy of making the team for Leleux.

“We're still on Cloud Nine,” said Shane Leleux, Morgann's father and youth coach, a former collegiate vaulter himself who first got his daughters started in gymnastics.

“I'm very excited for her,” said younger sister Reagann, a pole vaulter and multi-event standout at UL. “We watched it live on TV where I work, and everyone literally had tears in their eyes.”

“Her maturity level is off the charts right now,” Shane said. “I hate to use a baseball analogy, but I will. When she was on her third try at 4.6 (meters), it was like having three balls and two strikes with two out in the ninth inning, and in my mind she was the last batter.

“And all she did was hit it out of the park.”

That clearance at 14-5.25 lifted Leleux, whose path has always seemed special.

EUGENE, Ore. — Former UL track and field standout and 2016 All-American Morgann Leleux moved one step closer to the Tokyo Games on Thursday at…

The path led to a scholarship at Georgia, and Morgann found new levels to reach. But then she tore the retina in her eye approaching her final semester at UGA. She focused on school, earning a 3.4 GPA for 20 credit hours to earn her degree.

The lure of competition stilled burned, though, so Shane contacted UL coach Lon Badeaux (of New Iberia) and Morgann got back into action for one last outdoor campaign.

And now, it's over Cloud Nine.

These two Lafayette residents are headed to the Olympics on U.S. trampoline team