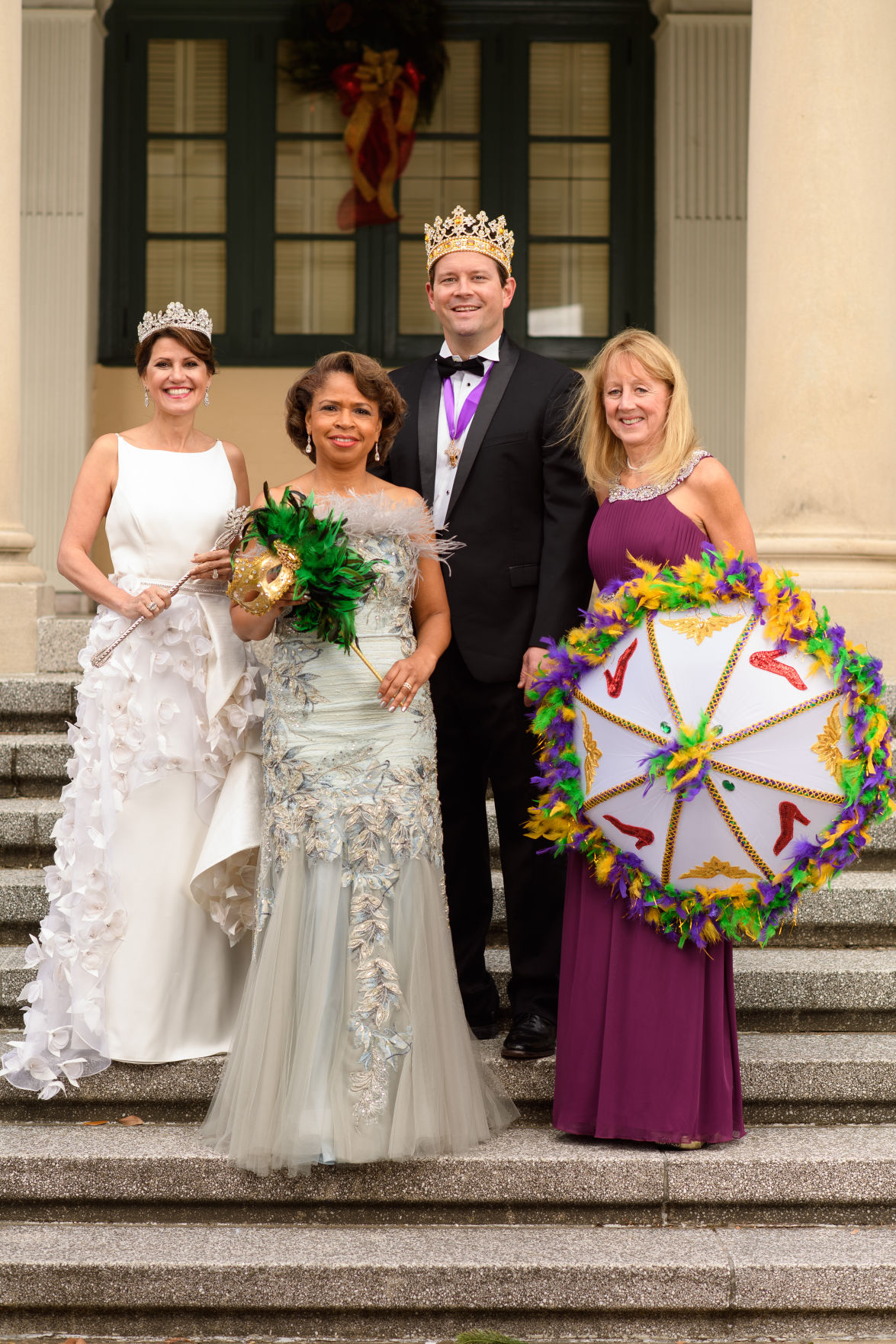 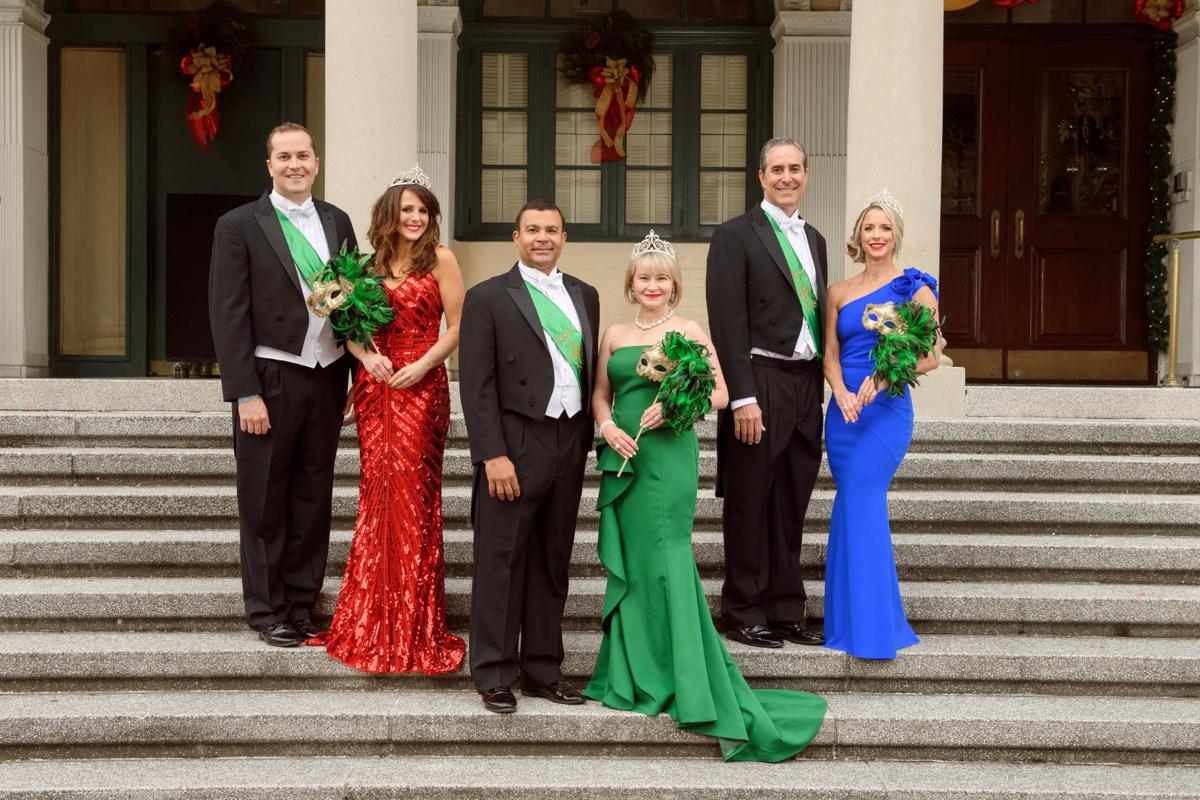 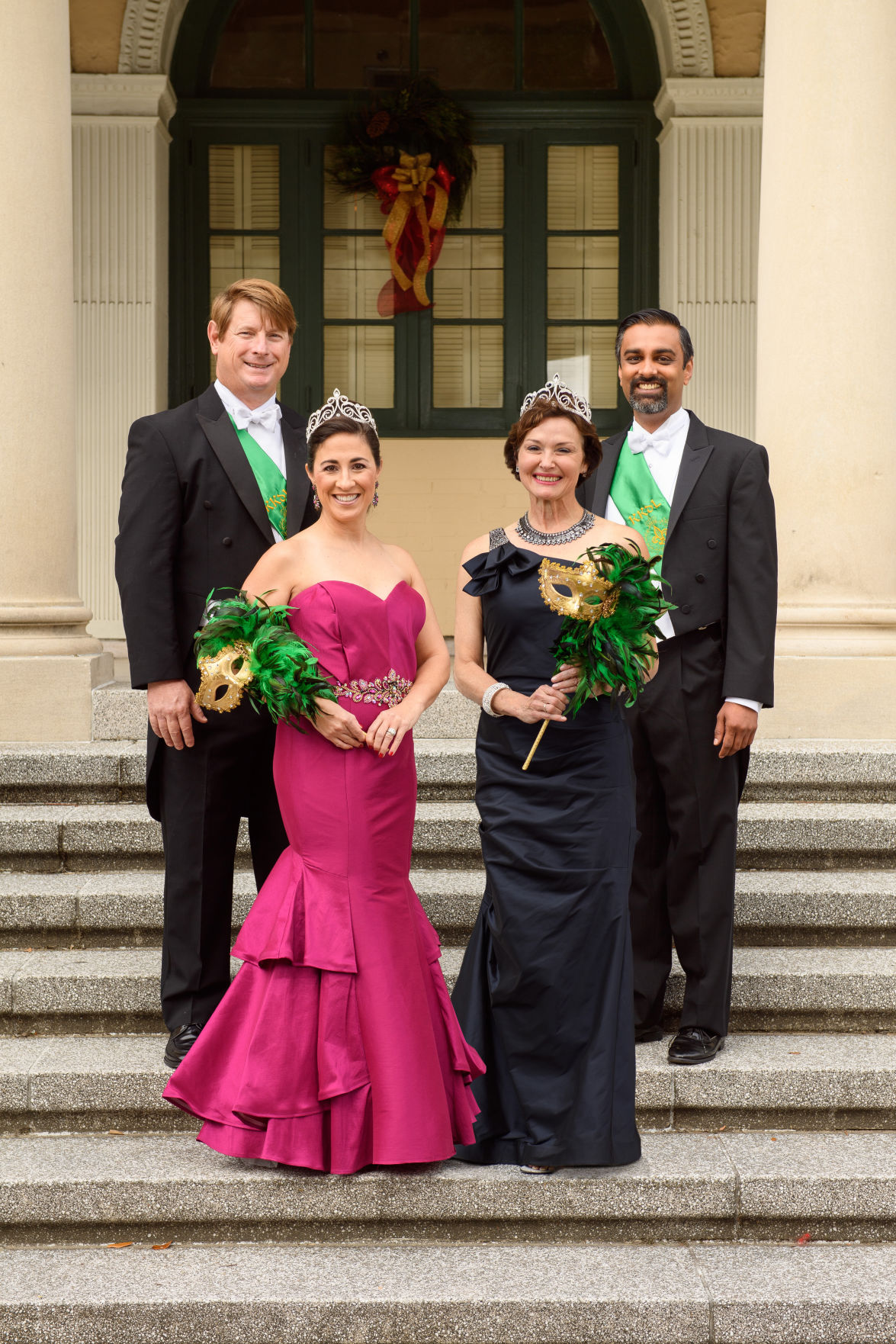 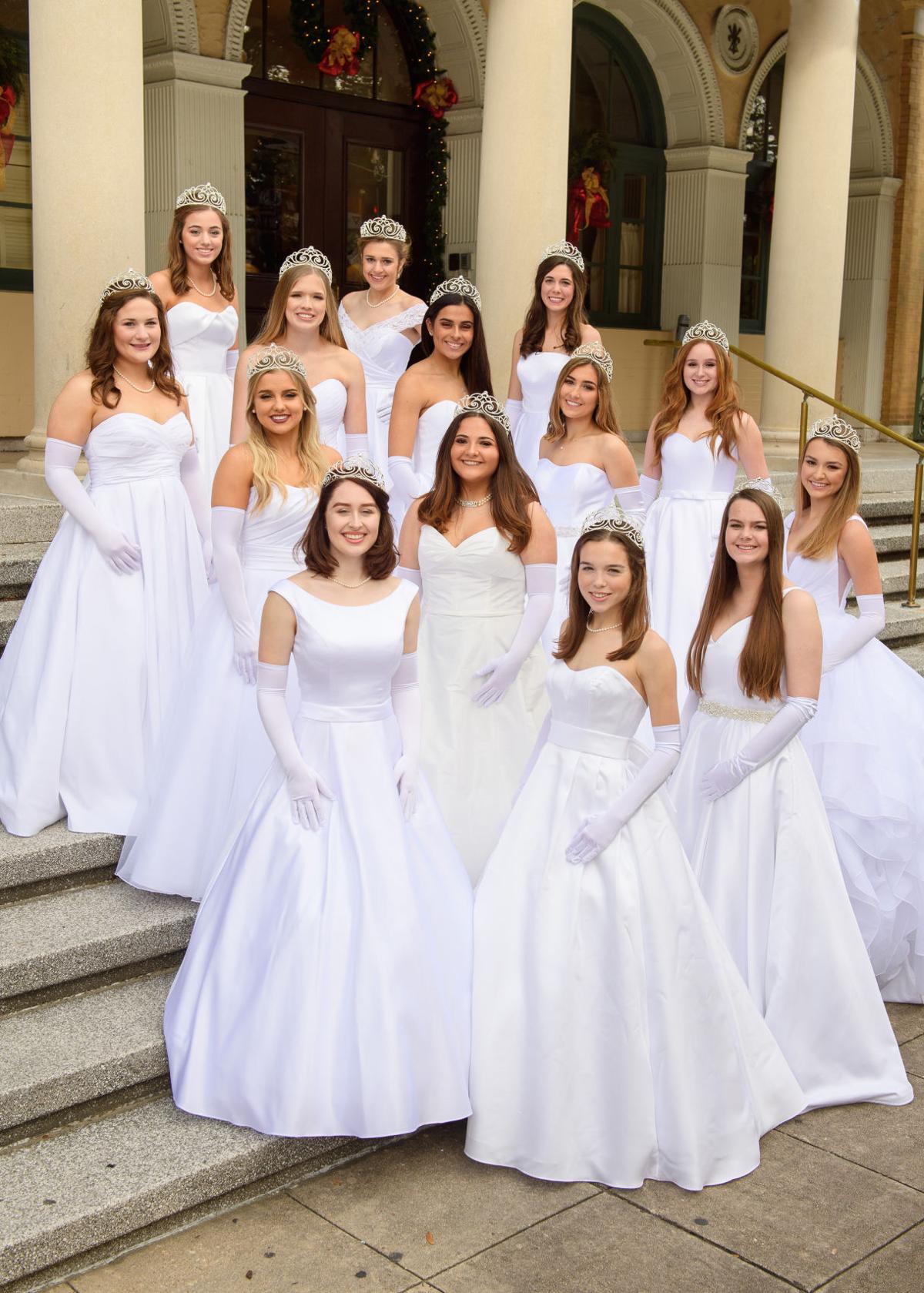 This year’s Emerald City theme, loosely based on "The Wizard of Oz," started at the entrance to the Exhibition Hall, which had been turned into Dorothy’s home in Kansas. Guests entered through the home's front door.

As the court and debutantes were introduced, they walked down a yellow brick road to the stage. Prior to the tableau, the stage backdrop featured a black-and-white video of Dorothy's home as the cyclone approached. As the tableau began, the shimmering Emerald City emerged on the video backdrop, which was flanked by 24-foot diamond acrylic curtains lit in emerald green. The front of the stage featured flower boxes filled with hundreds of handmade red poppies. The king and queen sat on golden thrones.

At the end of the tableau, krewe board President, Marilyn Starks welcomed everyone and presented a $215,000 check, representing the krewe’s yearlong fundraising effort to benefit cancer patients in the community, to representatives from Mary Bird Perkins–Our Lady of the Lake Cancer Center. Also on stage for the presentation were members of the Lane family of Gerry Lane Enterprises, presenting sponsor of the event.

For more information about the krewe , visit karnivalkrewe.com.