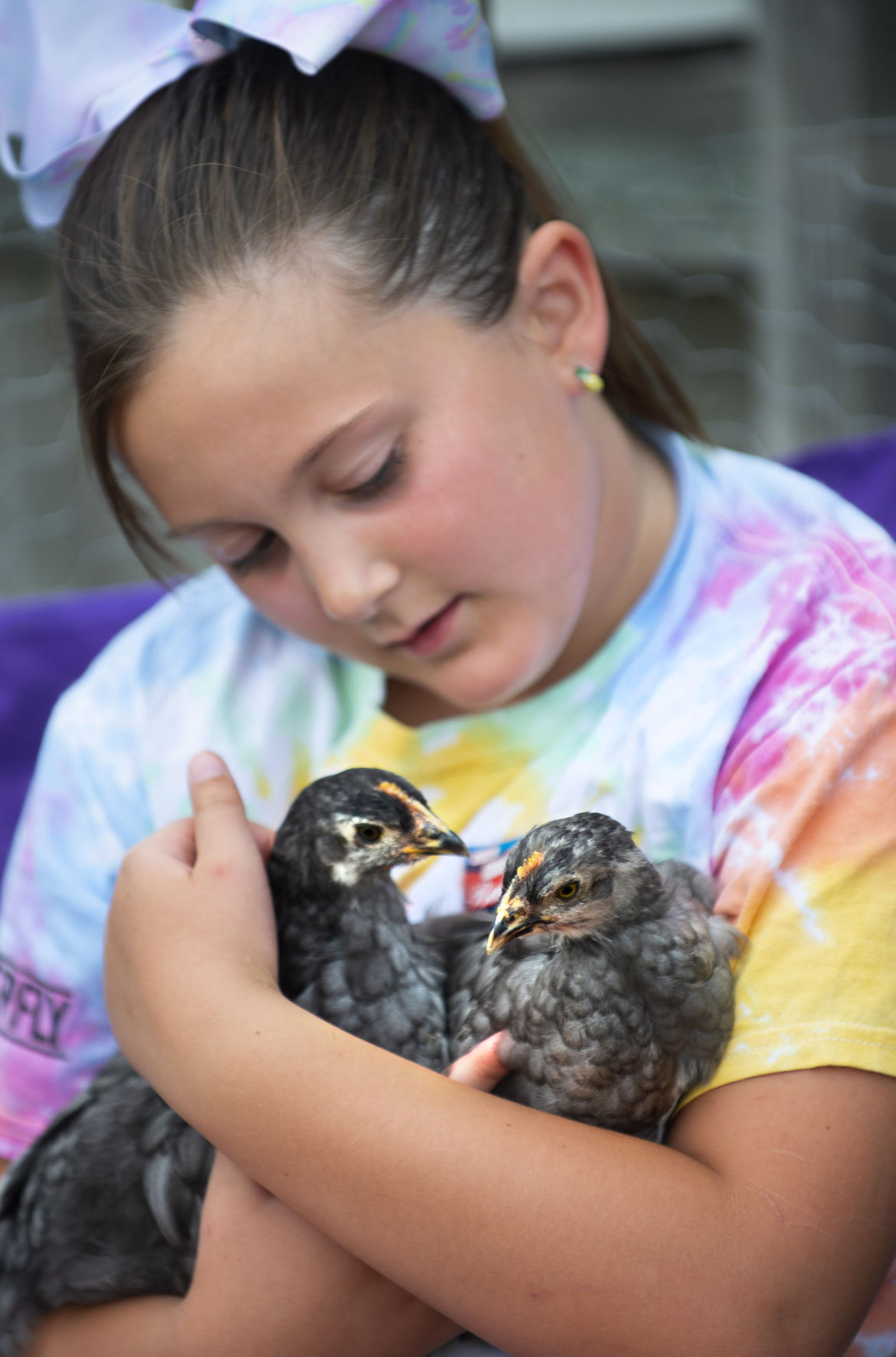 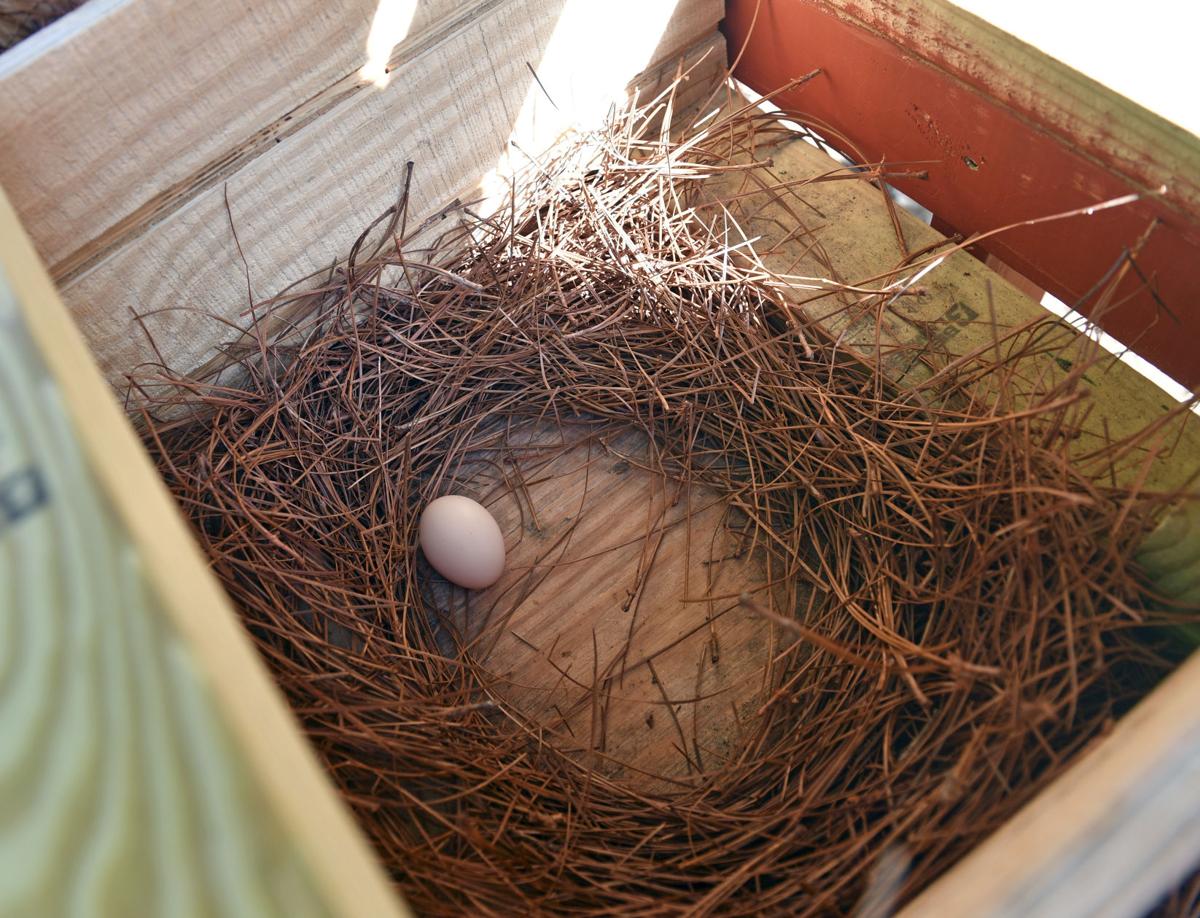 'You can tell a big difference in the yolks,' says Ashley Rabalais of eggs like this laid by her own chickens compared with those from the grocery store. 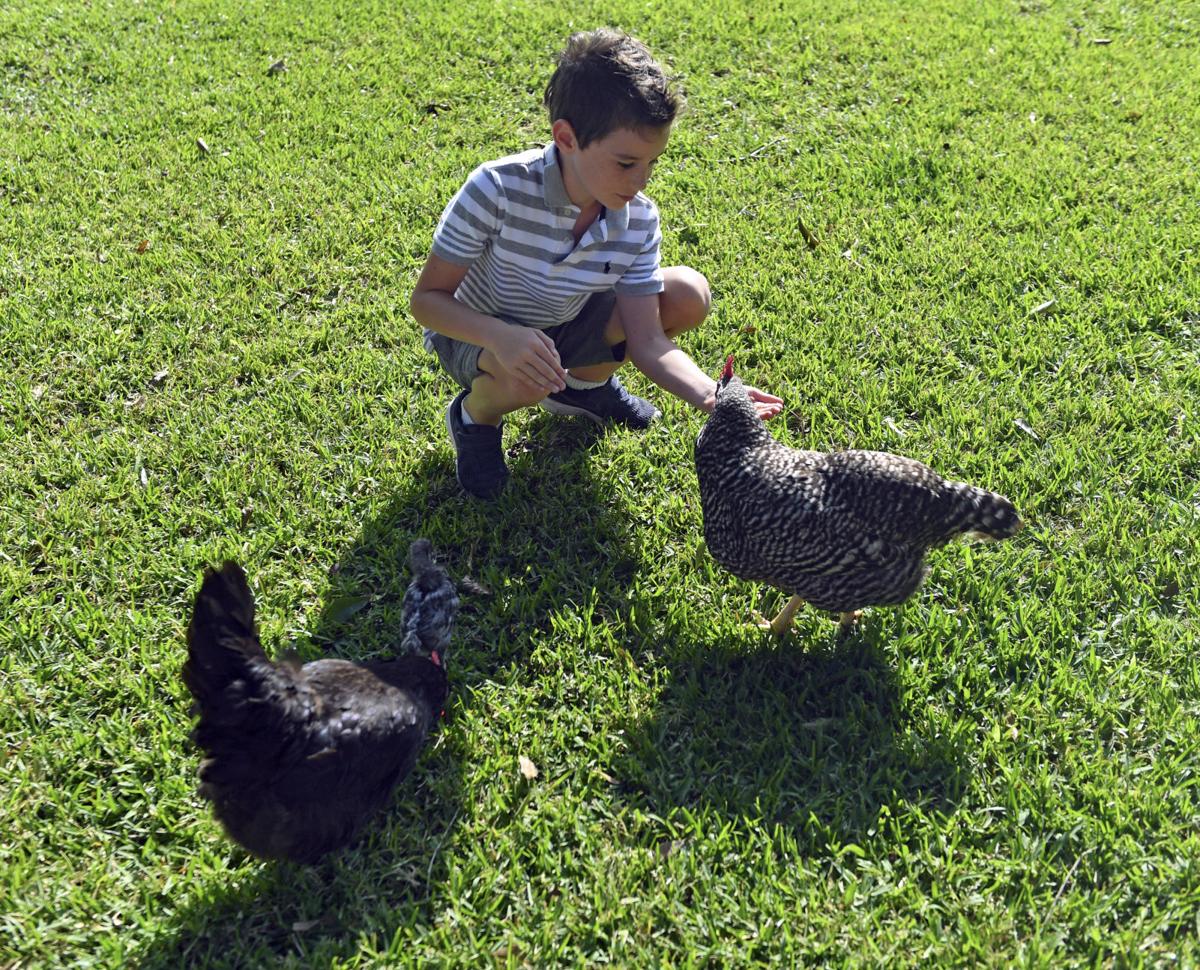 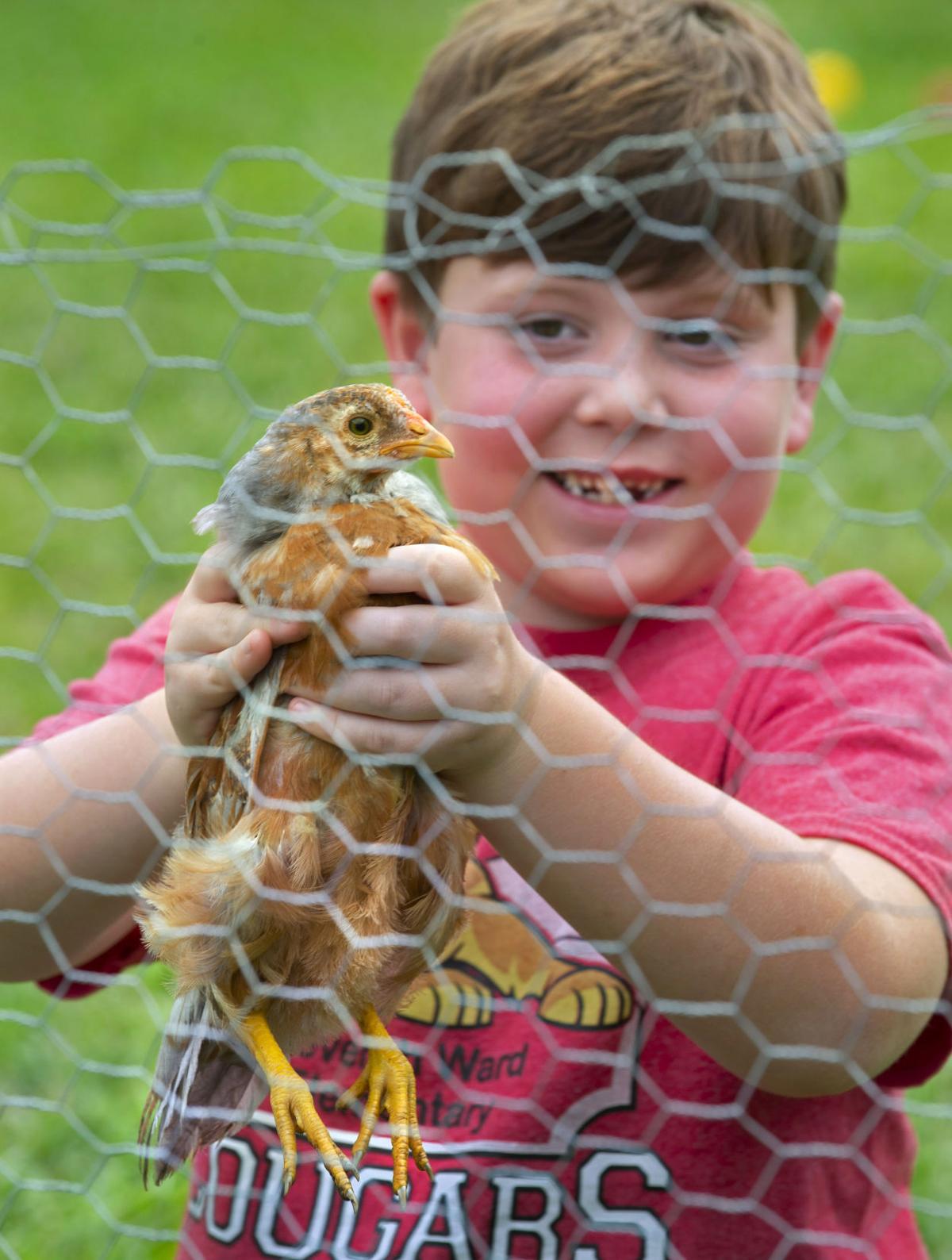 Brady Cook, 7, hoists one of his families 10 chickens they got in early March. 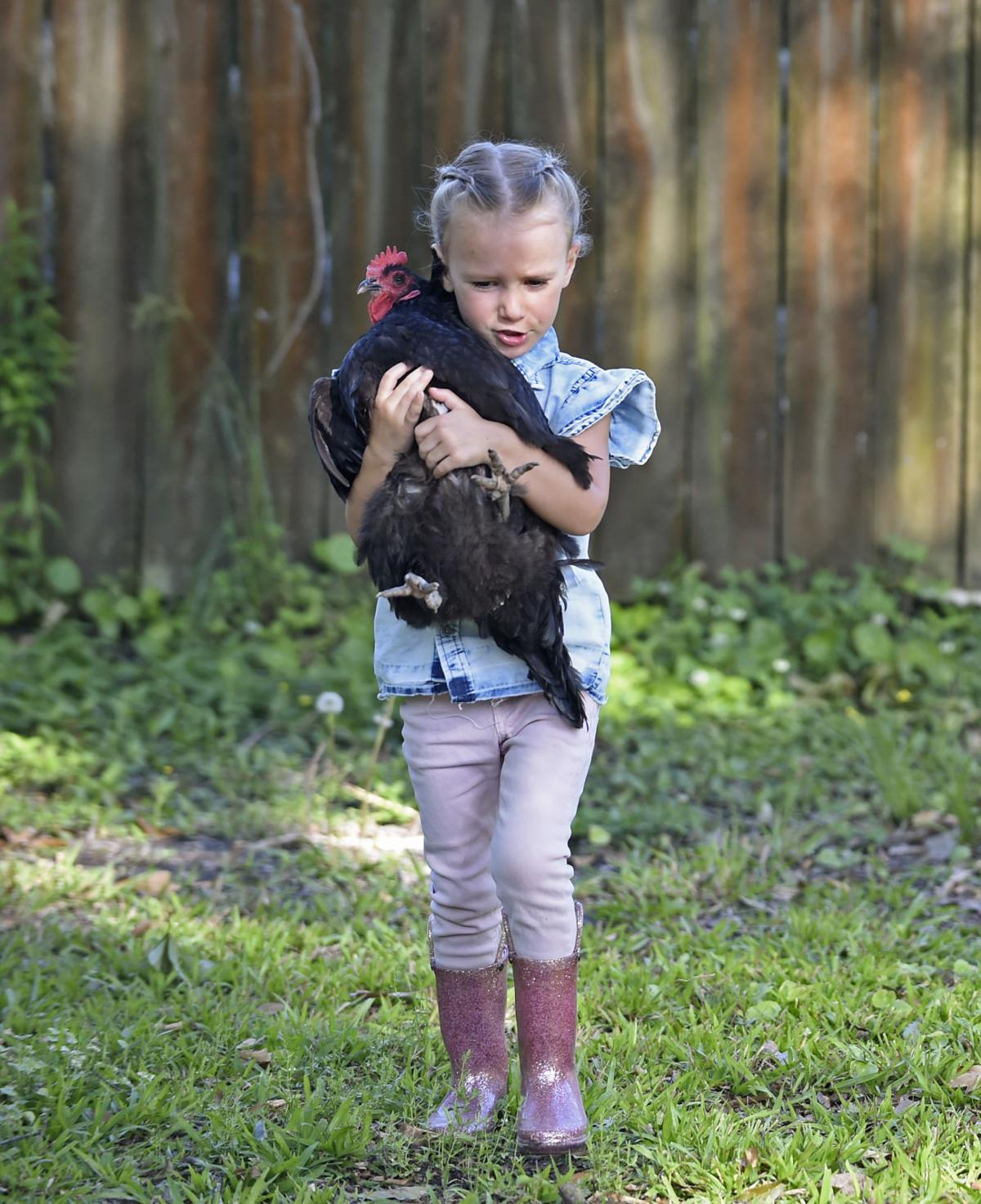 Ainsley Rabalais, 3, carries Emerald the chicken in her backyard.

'You can tell a big difference in the yolks,' says Ashley Rabalais of eggs like this laid by her own chickens compared with those from the grocery store.

Brady Cook, 7, hoists one of his families 10 chickens they got in early March.

Ainsley Rabalais, 3, carries Emerald the chicken in her backyard.

Have you heard any clucking in your neighborhood lately?

Since the coronavirus pandemic reached Louisiana, more and more families are raising poultry in their backyards.

The skyrocketing popularity of owning your own chickens started in March after COVID-19 caused panicked shoppers to clear out grocery-store staples such as eggs, according to those involved in poultry sales.

Urban areas limit the number of chickens that can be kept on property inside the city limits — Baton Rouge allows three hens but no roosters on lots smaller than an acre — but they can be raised in most homes that have a decent-sized yard.

Clair Cook, who lives just outside of Denham Springs, toyed with raising chickens for years, in part because of what it could teach her two children, and she finally made the move six weeks ago.

“The virus is what did push me into getting the chickens,” she said. “My husband may not have been OK with it if it wasn’t for the virus.”

That’s a common story, and not just in the Baton Rouge area.

“Some of our local garden centers do carry baby chicks, and from what we’ve been hearing, they’re selling them just about as fast as they arrive,” said Anna Timmerman, LSU AgCenter assistant extension agent. “We’re definitely seeing that.”

“Most poultry breeders that I know have been sold out of those for a few weeks,” she said. “I personally believe this peak in interest for chicken keeping is directly related to not only more people being stuck at home with nothing to do, but also a feeling of needing to guarantee a food source for themselves. I have also seen more people taking up gardening in these past few weeks as well.”

It’s not necessarily a knee-jerk reaction.

Like Cook, Ashley Rabalais, of Brusly, had been thinking of raising poultry on their 3-acre lot and made the decision in March. Brusly's animal ordinances do not set a limit on how many chickens that can be kept in the city but prohibit any livestock causing "a nuisance to any inhabited residence."

The Rabalais family got a mix of full-grown, young and recently hatched chickens and spent several days building a coop. The hens were laying when the family got them, giving them eggs right from the start.

They’ve noticed a difference between their chickens' eggs and store-bought ones.

“You can tell a big difference in the yolks,” Rabalais said. “The yolks are much darker, a deeper golden and a little creamier. My son loves fried eggs in the morning, so when I make his fried eggs, you can really tell.”

Regardless of whether people raise them from chicks or get hens that produce eggs right away, some work goes into it.

“I would say they’re easier to care for than a dog or a cat,” Timmerman said. “The thing we have issues with here is adequate coops. People were not building them strong enough to ward off the predators.”

And predators are numerous: raccoons, possums, owls, hawks and dogs are among the most common.

This year has seen a higher-than-normal gnat population, and gnats can kill chickens, biting them and feeding on their blood, Timmerman said. Lice and mites also can be a problem.

“There are products you can use regularly to treat your birds," she advised. “Don’t just put them out in your backyard and never check in with them. Regular health checks are important.”

"You’re constantly changing out water — they make a mess in the water — putting more food down, making sure they’re all doing well and growing well,” she said.

People also should realize that peak egg production for hens only lasts 18 to 24 months, after which it drops, Timmerman said. Hens in captivity can live eight years or so, and owners should consider what they’re going to do with hens that are no longer producing a lot of eggs.

So far, Cook is pleased with her decision.

“I wish I had gotten chickens earlier,” she said. “I’m telling anybody, ‘You need chickens.’ It’s a lot of fun. The kids are enjoying it. We don’t even have eggs, yet.”