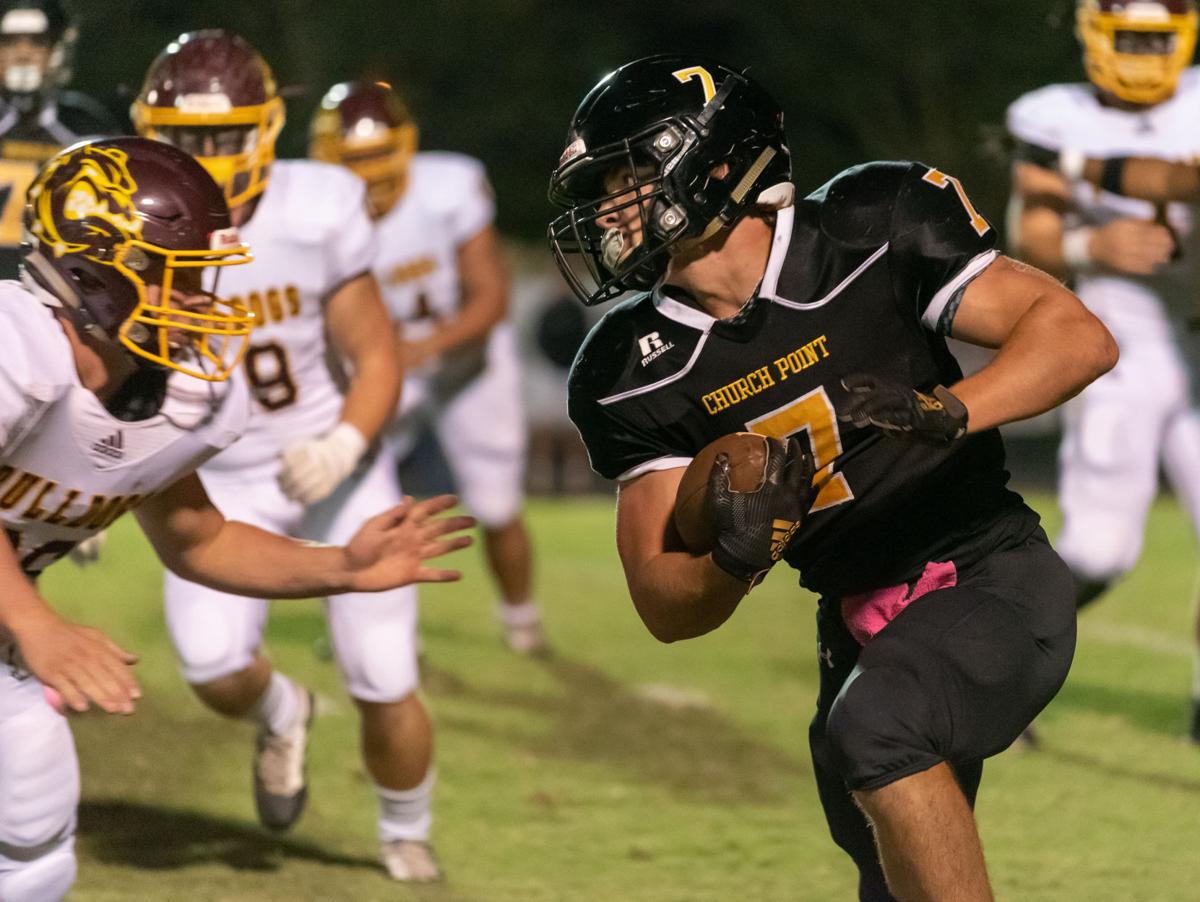 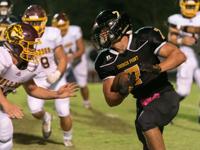 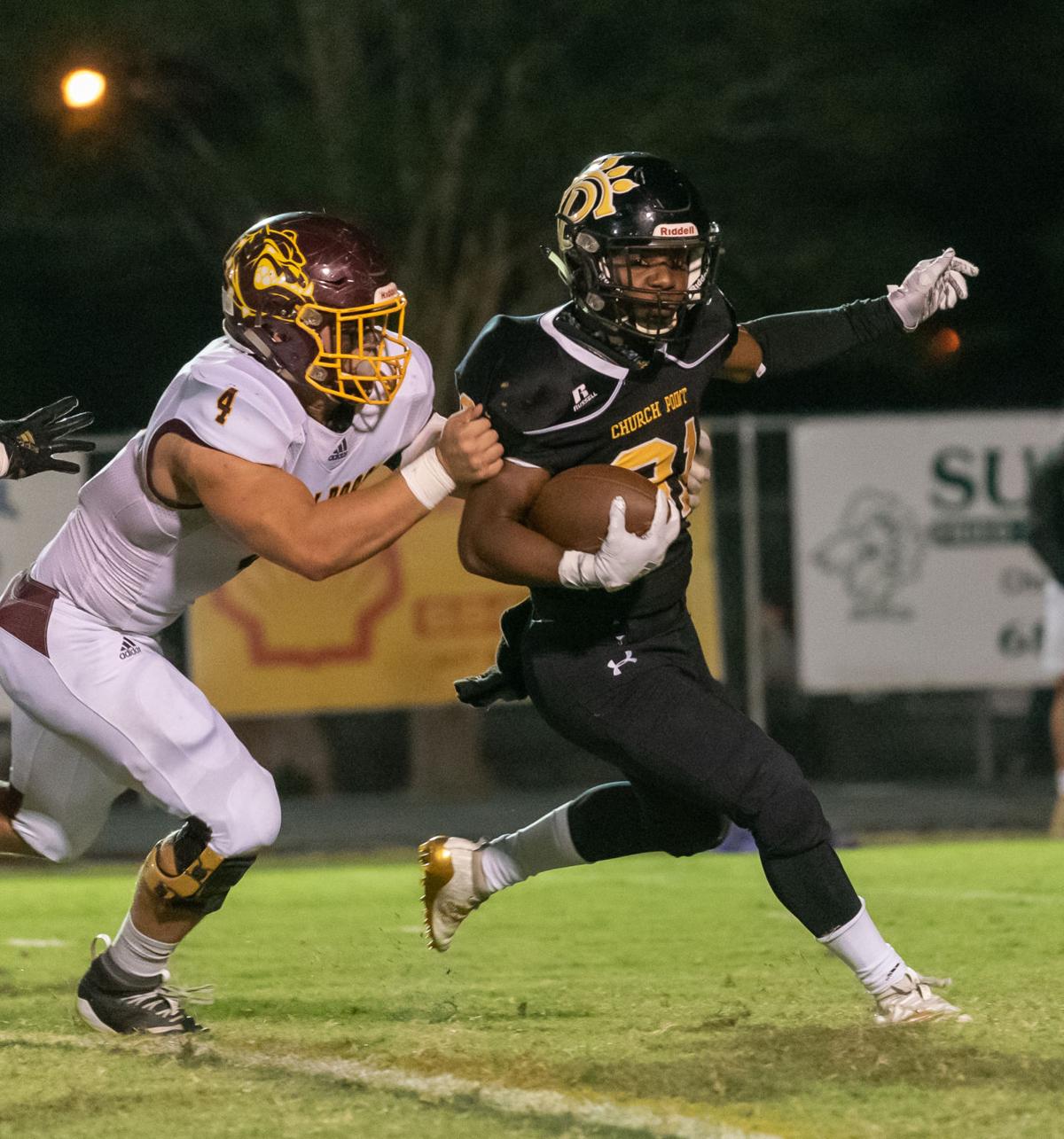 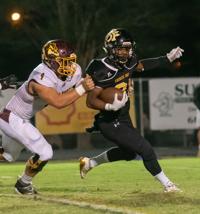 Church Points’ Kollin Guillory, #31, breaks a tackle in his run against the Iota defense when the Church Point High Bears 2-2 hosted the undefeated Iota Bulldogs in an important district game. 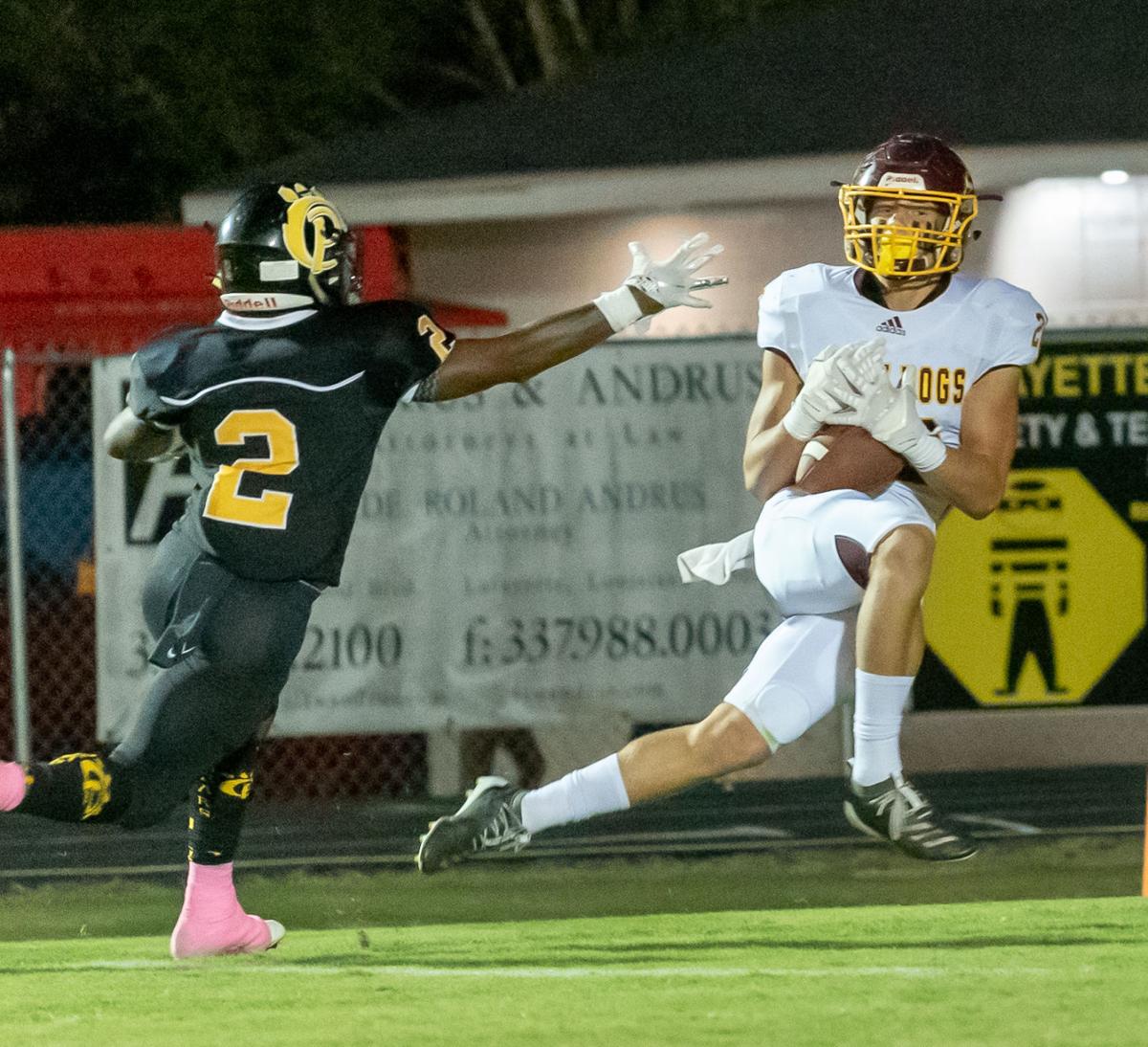 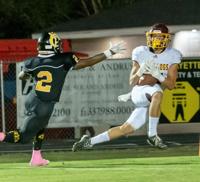 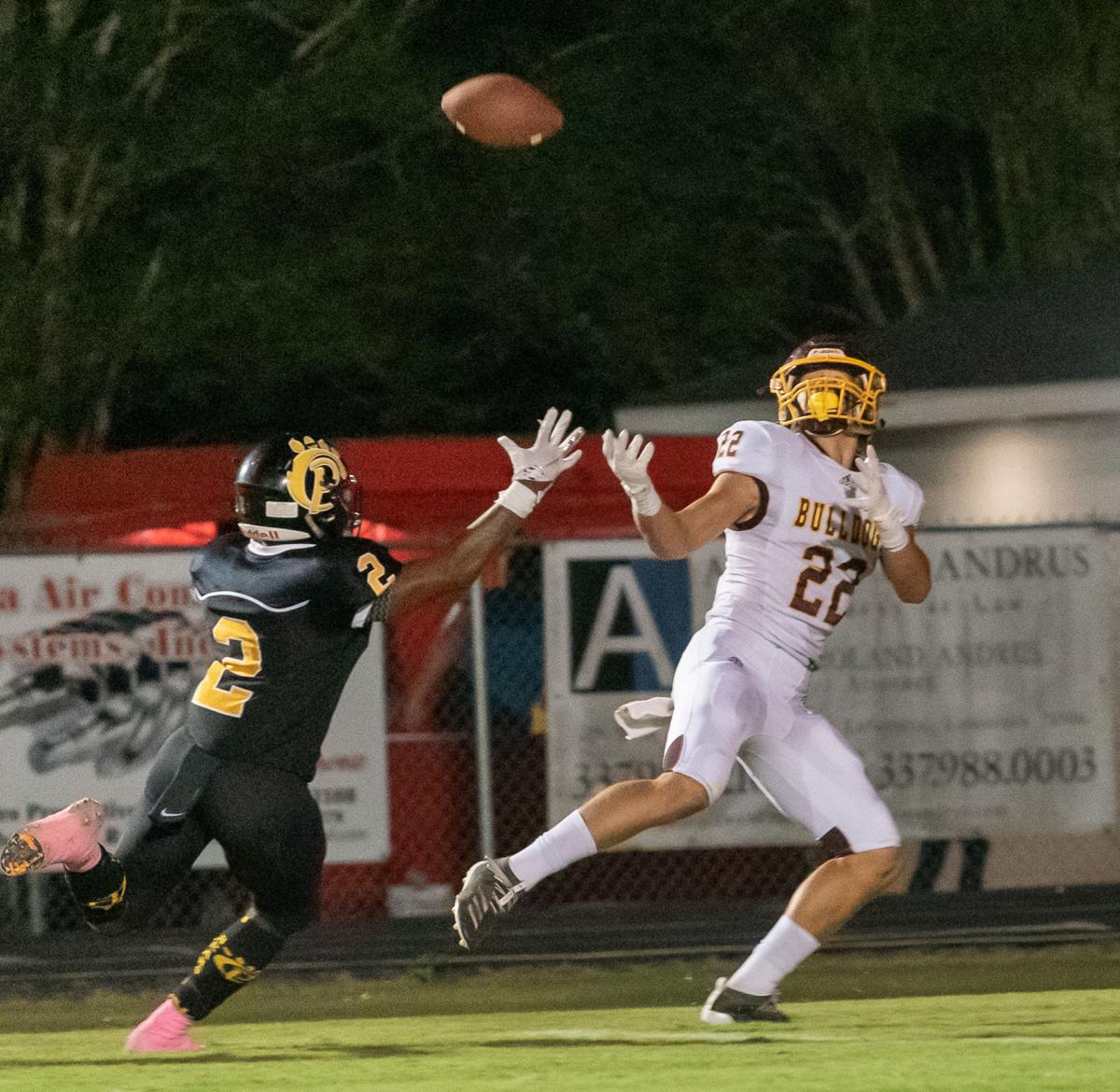 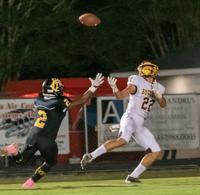 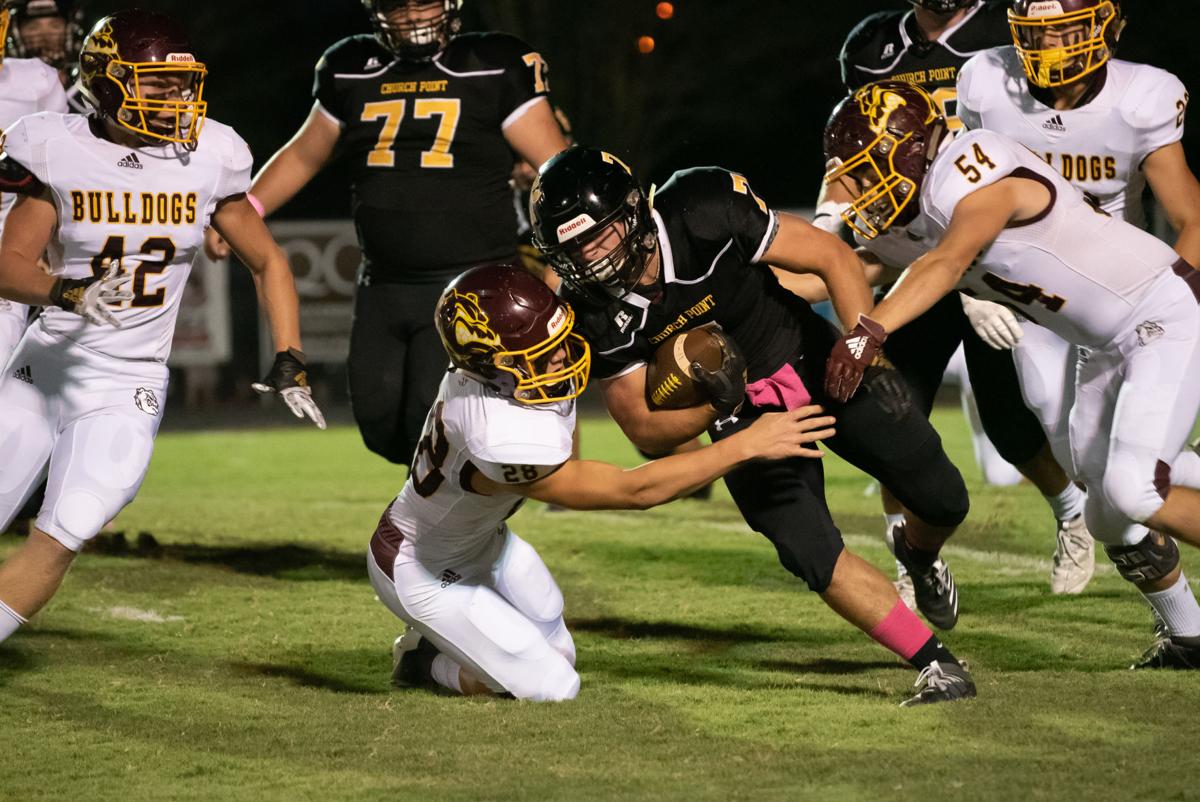 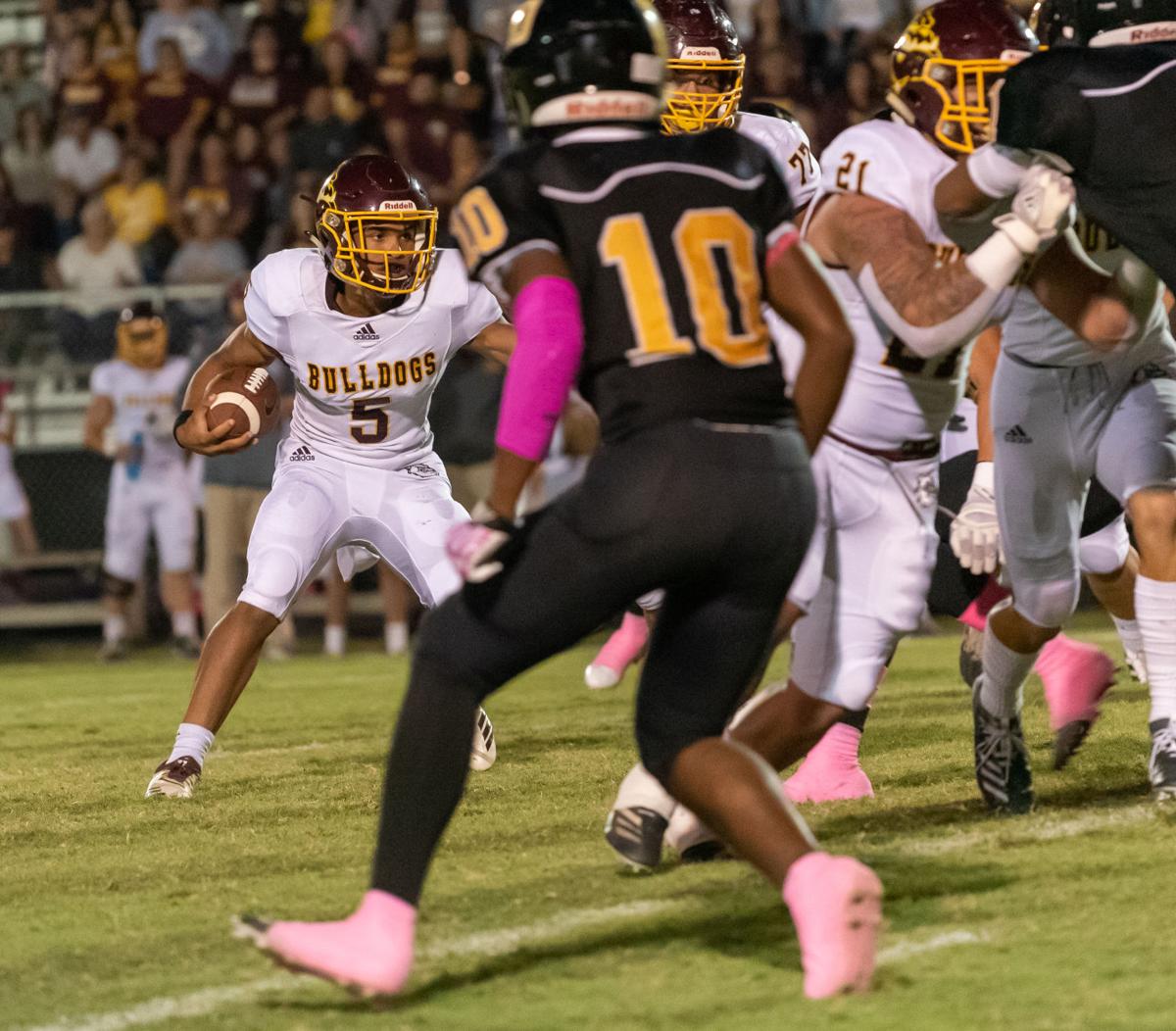 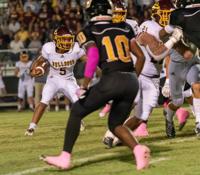 Church Points’ Kollin Guillory, #31, breaks a tackle in his run against the Iota defense when the Church Point High Bears 2-2 hosted the undefeated Iota Bulldogs in an important district game.

CHURCH POINT — The talk of the marquee matchup in District 5-3A’s opening week between Iota and Church Point revolved around standout running backs.

Iota’s Luke Doucet entered Friday’s game with over 1,100 yards for the season and Church Point’s Rodney Dupuis needed 151 yards to break Tony Citizen’s career mark of 5,101 rushing yards after last week’s contest with St. Louis was canceled because of weather.

As it turned out, the coronation of Church Point’s new all-time rushing yards king will have to wait a week and the story when Iota was on offense wasn’t Doucet, but a maturing Church Point defense that led its team to a 25-14 upset of the Bulldogs.

Doucet, who a week ago ran for a staggering 319 yards, was never allowed to build that head of steam that accompanies his violent running style. Instead, he was held to 84 yards and a touchdown on 26 carries with a long of only nine yards.

“Those kids (have) kept bouncing back,” Church Point head coach John Craig Arceneaux said. “We had some injuries early and didn’t play really well in Week 1. We had to play some really young players at Southside and made some mistakes. They bounced back against Kaplan and played really well against Opelousas.”

Holding Doucet in check was far from the Bears’ (3-2) only accomplishment on the evening. On a night where Iota went for six fourth-down conversions, Church Point stopped them on five of the attempts and forced Iota to lose two fumbles.

Not a bad performance against an Iota team that came into the week having outscored opponents by a margin of 145 points and averaged 37 points per game.

“You just know you have to limit Luke Doucet as much as you can,” Arceneaux said. “We did a great job tackling and we really worked on that these last two weeks.”

Defense did its job. But offensively, Church Point took an unconventional route toward its biggest win of the year thus far.

Rodney Dupuis finished with 18 carries for 138 yards, another fine game from a player who is closing in on shattering the record of his school’s greatest player ever.

But it was the passing game of all things that sprung Church Point’s 19-point second quarter outburst.

A lot of the credit has to go to the evolution of senior quarterback Brandt Boone, who was expected to be part of a quarterback-by-committee situation to start the year.

But, Boone has locked down the job with confident throws when needed and pocket poise. All but three of his 119 passing yards came in the first half, when he completed touchdown passes of 45 and 3 yards and added another 54 yard completion.

“We knew the last couple weeks teams were beginning to pack down and crowd the box,” Arceneaux said. “We saw some things on film that we thought we could take advantage of. Hats off to Brandt, who really struggled the first couple of weeks and has done a great job these last couple weeks. He made key throws at key times (tonight.)”