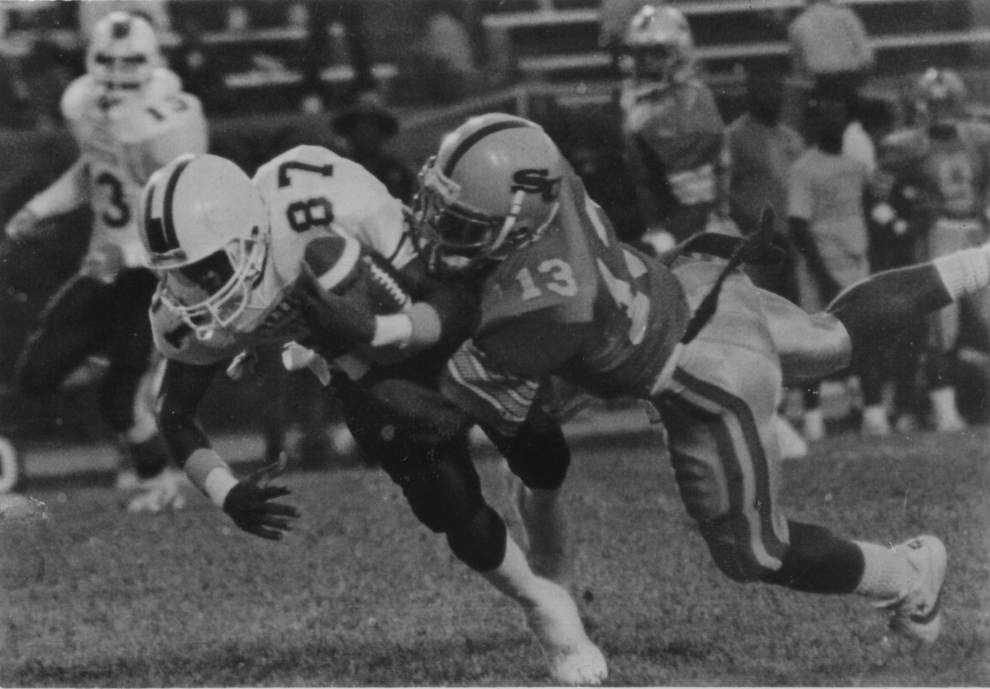 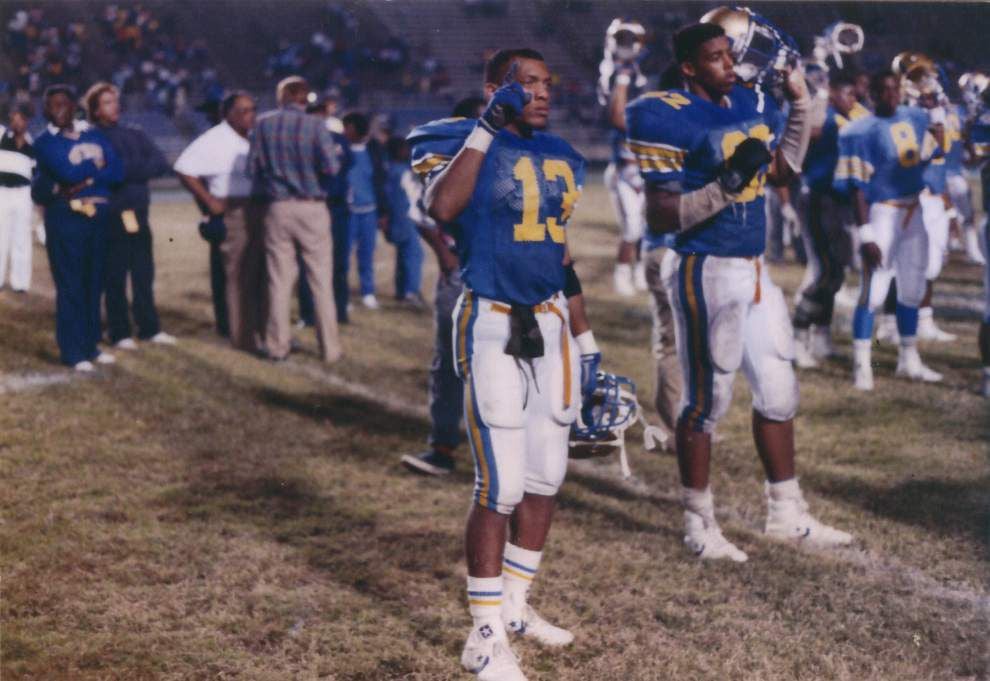 Before the football world figured out just who Aeneas Williams was, Williams had to figure it out for himself.

Both revelations took place while he was a student at Southern University and helped him earn enshrinement into the Pro Football Hall of Fame on Saturday in Canton, Ohio.

Williams wasn’t offered a scholarship to play college football when he graduated from Fortier High School in 1986, but that didn’t faze him because he had his sights set on getting his accounting degree from Southern.

“Our parents (Lawrence and Lillian) always expected that we would go to college and get our degree,” Williams said. “(Playing football) never crossed my mind. I was preparing for the rest of my life.”

Lawrence Williams said he never pushed any of his kids — Aeneas has two older brothers (Malcolm and Achilles) — toward his alma mater, but Achilles and Aeneas still chose Southern.

“It was just something we instilled in our kids from a very, very young age — you finished high school and the next step was college,” Lawrence Williams said. “I told them, ‘If you do well, I’ll pay for everything. You’ve got nothing to worry about as long as you perform well, and they did.”

Others seemed more interested in reuniting Williams and football than he and his immediate family were. High school teammates Michael Lindsey and Maurice Hurst encouraged him to walk on with the Jaguars.

“Every now and then I would see Michael Lindsey and he would say, ‘Why don’t you walk on to the football team?’ ” Aeneas said. “I just brushed it off and never took it seriously.”

Williams looked at Hurst, who was two years older and would go on to play seven seasons in the NFL, and was “intimidated.”

“I never thought I measured up to Maurice as an athlete,” Williams said.

He was focused on following in the footsteps of Achilles, who was well on his way to earning his accounting degree and was vice president of the Student Government Association. Aeneas moved into Achilles’ apartment with him and pledged to his fraternity, Kappa Alphia Psi.

“Everything he did, I did,” Aeneas said.

That was fine for a while, but midway through Aeneas’ sophomore year, Achilles graduated after just 3½ years and began his career as an accountant in Houston.

“I wondered, ‘Who in the world is Aeneas?’ ” Williams recalled. “Then I started to identify the purpose to my life.”

Aeneas was on pace to graduate in three years, and suddenly realized his college years were flying by and soon he would have to go to work for the rest of his life.

“When you’re living with your older brother and spending every day with him,” Achilles said, “it’s hard to find your own identity. After I graduated, he had to and it was great for him.

“You don’t ever want to look back on your life and wonder what might have been. Aeneas won’t ever have to do that.”

As Williams was beginning his third year, he saw Lindsey walking across campus after football practice and there was a hint of fall weather in the air.

“Suddenly, I was excited to play football again,” he said.

The first game was a home game and the second game was against Texas Southern in Houston. Williams had been going to road games as a spectator with other students from New Orleans and he was going to do the same if he didn’t make the traveling squad.

He waited for the traveling roster to be posted in the locker room and when he saw his name on it, he called home to clue his parents in.

First, he had a little fun with his mother.

Then Aeneas let on that he’d be playing football in Houston, and his parents made the trip.

A star wasn’t exactly born, but one was in the making.

A couple of weeks after Aeneas joined the team, his father drove up to Baton Rouge to watch practice. By the time he arrived practice had ended, but he caught up with defensive coordinator Percy Duhe.

He asked how his son was doing and Duhe replied, “He’s the closest thing to a superstar I’ve ever seen.”

Lawrence Williams joked that he wasn’t sure if that was a sincere appraisal of Aeneas’ ability or more a reflection of the mediocrity the Jaguars had been experiencing.

“But he turned out to be right,” Mr. Williams said.

Williams played primarily on special teams initially, but became a starting cornerback by the fifth game.

“I was always Achilles’ little brother, and I didn’t know who I was until I started playing football again,” Williams said.

In Aeneas’ second season, he was named to the All-Southwestern Athletic Conference team after leading the league with seven interceptions.

At the end of that academic year he accomplished his primary goal in college when he received his accounting degree. He decided to play football again in 1990 as a fifth-year senior and graduate student as he worked to prepare himself for a shot at the NFL.

A comment he saw in the newspaper from a Southern coach after the Bayou Classic stuck with him. “Aeneas Williams is not very fast,” the coach had correctly noted of the defensive back that ran a pedestrian 4.6 in the 40-yard dash.

So in the spring, Williams went to Brian Thomas, who was a wide receiver on the football team and the fastest sprinter on the track team.

“I knew he had it in him,” Thomas said. “I just told him to do everything I did. You can’t coach speed, but you can improve your speed. He had the determination and the desire to improve himself. He got leaner and he was light on his feet. He became faster, quicker.”

Williams got his 40 time down to 4.3. Achilles, who had begun screening potential agents for Aeneas, said they saw that number as “eye-popping.”

The improved speed helped Williams’ confidence as he worked out at Tulane during the summer with Hurst and other college and NFL players from New Orleans. He started to believe he could hold his own with NFL-caliber players.

As he entered his senior year, Williams was ranked as the No. 2 draft prospect at cornerback behind Todd Lyght of Notre Dame.

“That told you what area code he was in,” Achilles said.

As a senior, Williams was named All-SWAC again as he tied for the Division I-AA national lead with 11 interceptions.

He returned one of those interceptions for a touchdown at Jackson State. Former Detroit Lions cornerback Lem Barney, who two years later would be inducted into the Pro Football Hall of Fame, did color commentary on the telecast. After the game, Barney caught up to Lawrence Williams and told him, “Your son is going to play on Sundays.”

He played on Sundays for 14 seasons after the Phoenix Cardinals used the 59th pick in the 1991 draft to select him.

Not bad for an accounting major/reluctant walk-on.

On Saturday, he’ll comfortably take his place in the Pro Football Hall of Fame.