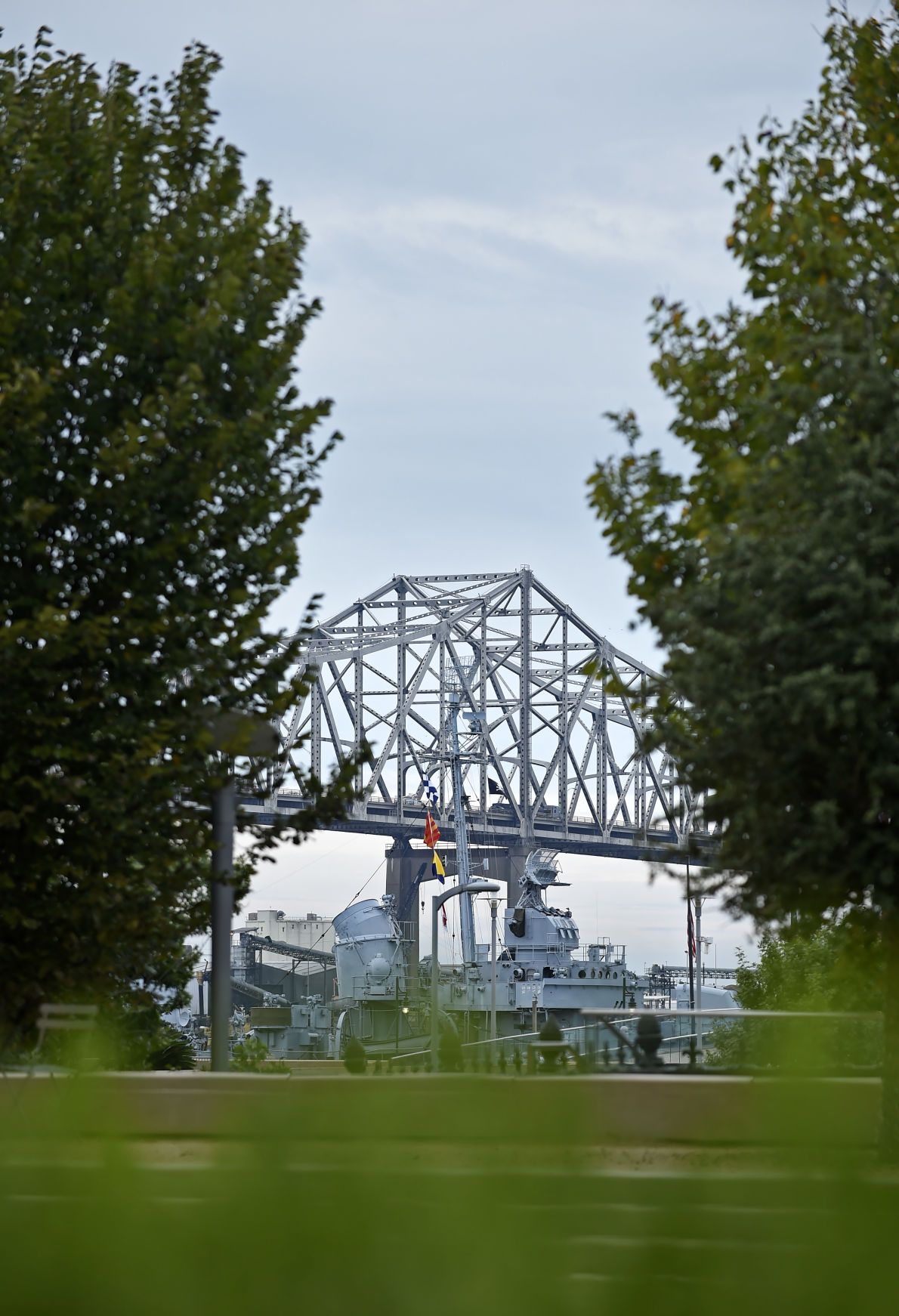 The Mississippi River Bridge servicing Interstate 10 can be seen behind the USS Kidd, foreground, Wednesday, October 24, 2018, from City Hall in Baton Rouge, La. 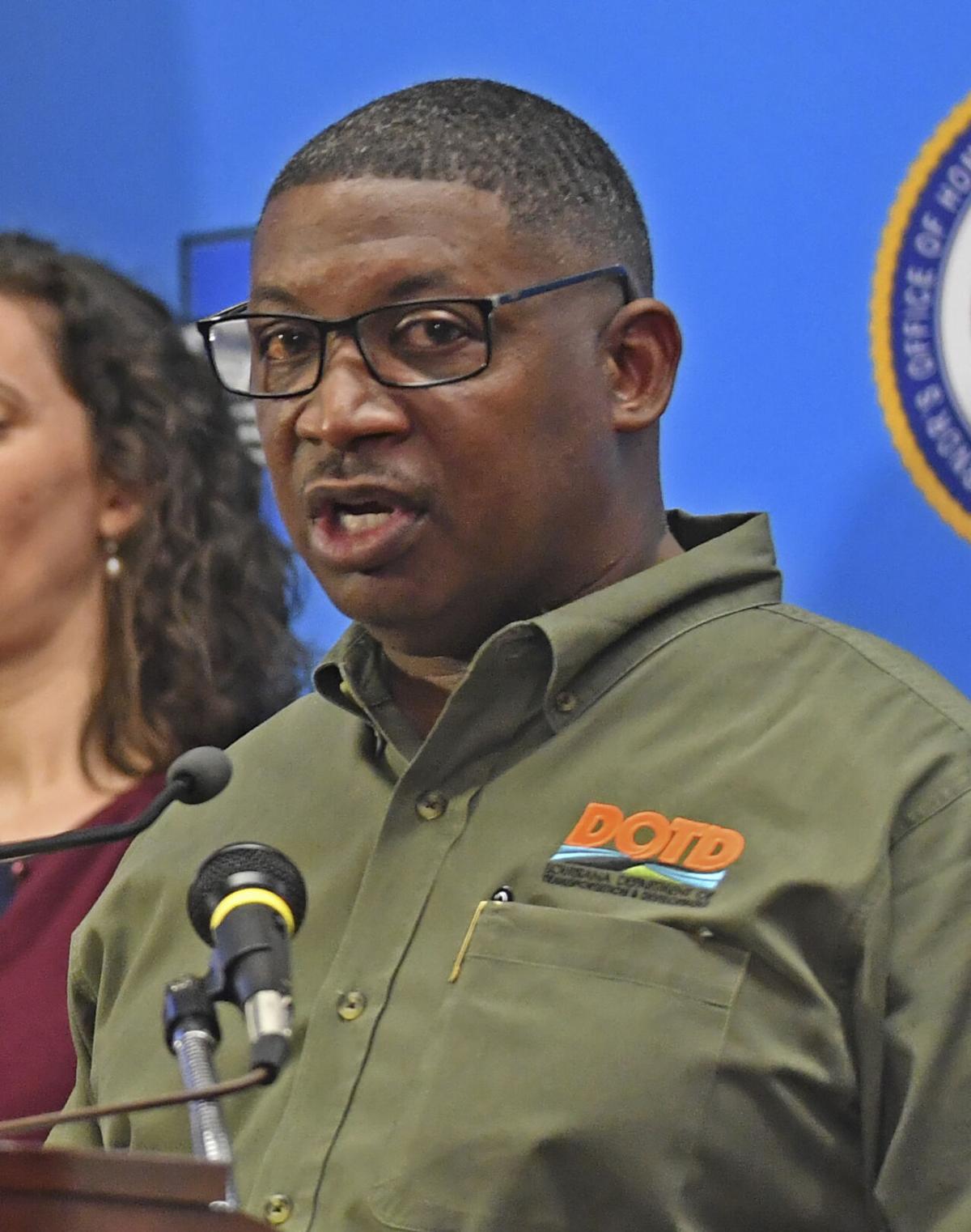 The Mississippi River Bridge servicing Interstate 10 can be seen behind the USS Kidd, foreground, Wednesday, October 24, 2018, from City Hall in Baton Rouge, La.

State and federal officials said Friday Louisiana will be getting its first installment of about $1 billion for bridge repairs, part of the $1 trillion infrastructure measure approved by Congress last year.

This year’s allocation is $202.6 million and will include work in the Baton Rouge and New Orleans areas.

Louisiana has the third-largest bridge infrastructure in the nation. The state owns 7,846 bridges, with 795 needing major repairs or replacement. Another 4,736 are locally owned, with 793 in need of upgrades or replacement.

Louisiana’s Republican delegation in the U.S. House voted against the $1.2 trillion infrastructure bill that was negotiated by Republican U.S.…

The law, a key priority of President Joe Biden, is called the Infrastructure Investment and Jobs Act.

The $1 billion for bridges will be allocated over five years. Up to 400 bridges are targeted for repairs.

"This new federal investment comes at the right time as many of our bridges, including those on the interstate system, are 45 to 65 years old," said Shawn Wilson, secretary for the state Department of Transportation and Development.

"The number of bridges falling into poor condition is expected to increase greatly in the coming years and this funding will allow us to make necessary improvements before these bridges deteriorate to the point of closure," Wilson said. "Having shared bridge closures with the public for some time, no parish is exempt and problems exist on state and local bridges alike."

The state has a backlog of about $14 billion for road and bridge projects, and the price is even more to finance mega projects.

Among projects that will move forward this year because of the federal aid are repairs on the U.S. Hwy. 61/Airline Highway and Jefferson Highway overpass in Baton Rouge.

Others include upgrades to the Harvey Canal Tunnel on U.S. 90 in Jefferson Parish and the Intracoastal Waterway Gulf Outlet Bridge rehabilitation project on La. 47 in Orleans Parish.

Second District U.S. Rep. Troy Carter, the lone Democrat in the state's congressional delegation, said as a member of the House Committee on Transportation and Infrastructure he was involved in crafting the legislation.

"Repairing our bridges will make our community safer, create jobs in our local economy, allow commerce to move more efficiently and help us stay connected," Carter said in a statement.

His office noted that the law includes separate funds for larger bridges through a competitive grant program.

Details on that aid will be announced later.

U. S. Sen. Bill Cassidy, R-Baton Rouge, the lone Republican in the delegation to back the bill, said in a statement the aid means "a bridge is coming to a river near you."

"Our bridges have been in desperate need of repair for decades," Cassidy said. "Today we take a giant step to secure the future of Louisiana infrastructure."

A total of $26.5 billion is being allocated nationwide for bridge upgrades.

The Biden administration said Friday the bridge money is the largest such spending since the nation's interstate was built in the 1950s.

Louisiana will receive $101 million as the first installment of federal money from the recently enacted Infrastructure Investment and Jobs Act.