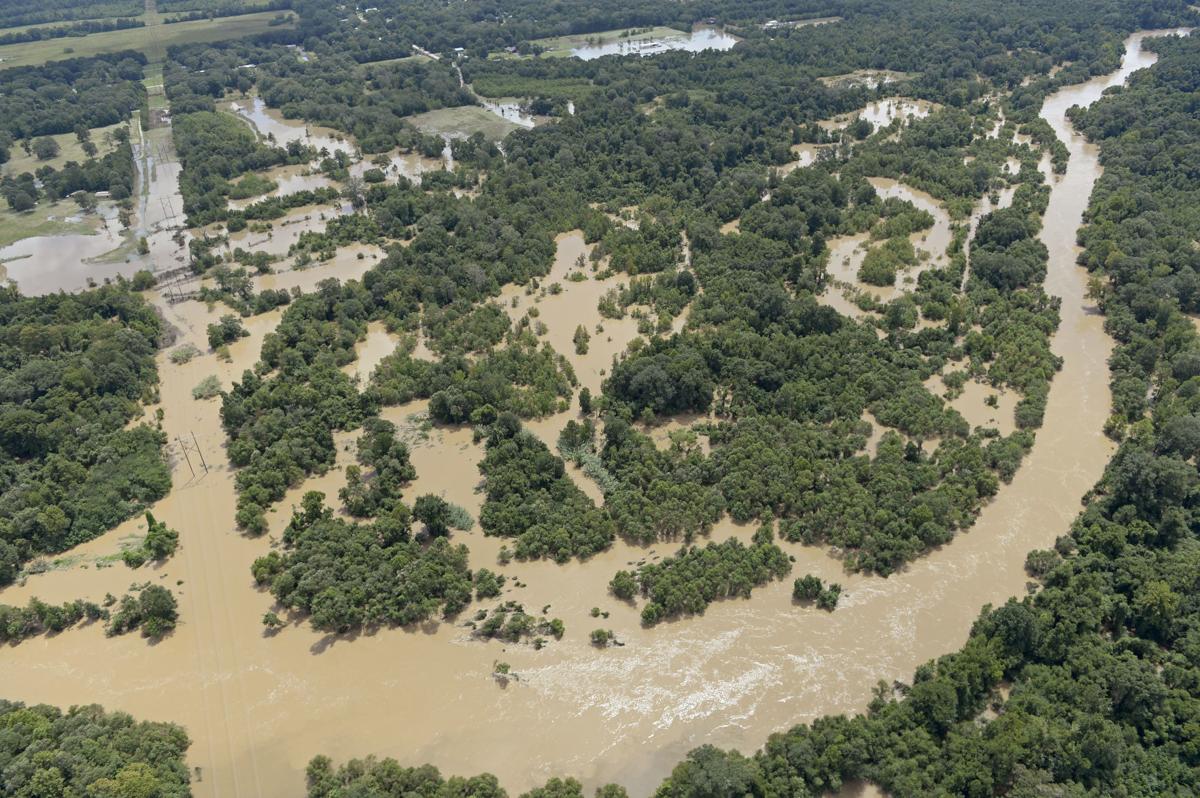 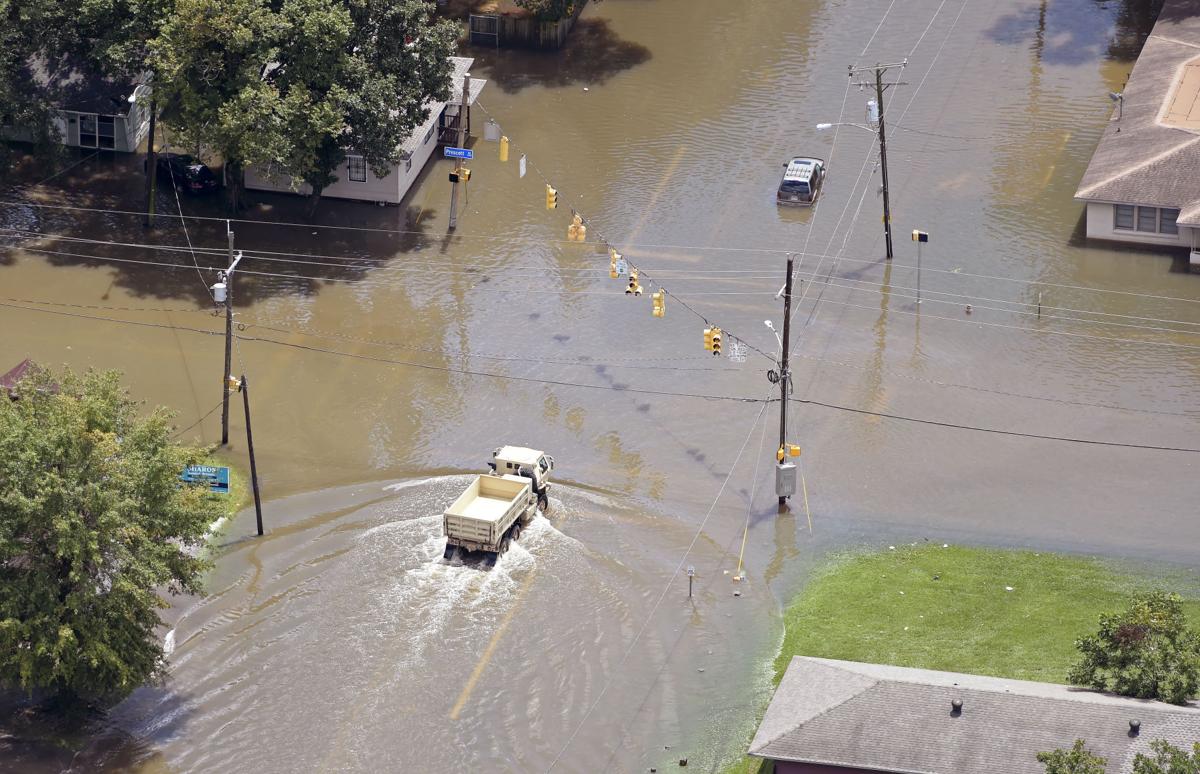 The Federal Emergency Management Agency has East Baton Rouge Parish under the microscope over the way the city-parish allowed flooded homeowners to restore their homes after the August 2016 flood, officials confirmed.

FEMA has flagged more than 1,000 property owners in the city-parish for failing to flood-proof their homes. If the experience in other parishes is any guide, they may face restrictions on what they can do with their homes in the future.

But, in a terse general statement Friday, Mayor-President Sharon Weston Broome said she will not send letters to homeowners informing them of those problems and possible fixes that could include home elevation.

Instead, she said she will ask the parish's congressional delegation to help find relief from the federal guidelines or money to bring the homes into compliance.

"As mayor-president and as a citizen whose home flooded, I know many of our citizens did the best they could to repair their damaged homes and make them livable dwellings again," she said. "As a result, I will not be issuing letters at this time."

"I have confidence we will find an amicable solution to this matter," she added.

5 years after 2016 floods, FEMA says 1,200 Livingston homeowners could need to elevate or sell

In a statement late Friday, FEMA officials responded to Broome's comments earlier in the day.

They said they were working with parish officials to figure out where the affected homes are in relation to key flood benchmarks and to help the parish bring the homes into compliance.

"If we, in partnership, find that homes cannot come into full compliance, then we will collectively have some decisions to make about how to address those structures to ensure the safety and well-being of the families that live there," the FEMA statement says.

"Our intent is to make sure that we are getting people into safer, more resilient situations through this process," FEMA added.

FEMA officials said the National Flood Insurance Program is committed to breaking the cycle of repeated flooding, which "is worse for those without the means to recover from repeated events."

After delay, Ascension, FEMA agree on deal to do damage assessments, hire inspectors

Within the next two weeks, FEMA will have 10 two-person teams of inspectors doing damage assessments of the 10,000 to 12,000 Ascension Parish …

Livingston assessor finds half of buildings in parish flooded in August, but believes more out there

Broome's statement comes just a few days after Livingston Parish government sent 1,221 homeowners letters informing them that, due to failures by local government to assess severely damaged homes after the '16 flood, their homes were repaired without protecting against flooding.

Following a FEMA audit that uncovered those failures, Livingston homeowners may have to elevate their homes or accept buyouts to bring the parish into compliance with federal flood insurance.

If they didn't take those steps, or at least show intentions to, property owners would be barred from securing permits for renovations or other major work on their homes, according to Livingston officials.

Broome's statement Friday was less specific about what led to more than 1,000 homeowners in her parish to "fall into this unfortunate category identified by FEMA."

She did, however, obliquely reference problems that came to light in Livingston. "Recent news reports have revealed that surrounding Capital Region parishes have issued letters to citizens concerning the repair of their homes after the 2016 flood related to required elevation," she said.

In a Thursday statement that was released before Broome commented, FEMA officials said the problems in Livingston and East Baton Rouge parishes were very similar.

In fact, they said, of all the local governments affected by the 2016 floods, only Livingston and the Baton Rouge had the kind of problems with their post-flood damage assessment, which led to Livingston's retroactive notices sent to homeowners last week.

"They were both in the same exact situation," FEMA officials said.

"The other communities did not have these issues," they added. "And, just like with Livingston Parish, this is an example of a local community enforcing their ordinances."

Damage assessment shortfalls uncovered in East Baton Rouge and Livingston, which both saw tens of thousands of homes inundated with water in 2016, came to light through so-called Community Assistance Visits FEMA conducted after the flood.

This week, FEMA said the purpose of the visits was twofold: to offer technical help to flood-ravaged communities and to ensure local governments enforced floodplain management regulations.

During the visits in East Baton Rouge and Livingston, auditors zeroed in on how the two local governments determined which homes were "substantially damaged," officials said. By FEMA's standard, low-lying homes that lost 50% of their pre-flood market value and lay in the highest-risk flood insurance zones were supposed to be deemed substantially damaged.

That finding triggers a requirement for those homes to fortify against future floods and, in the process, lower costs for the taxpayer-financed insurance program. Often, those protections entail elevating the home or accepting buyouts.

Livingston Parish at risk of losing millions thanks to problems with August 2016 flood response, official says

For Livingston, FEMA called the failures a violation that "must be remedied for the community to remain in good standing" with insurance. At one point, FEMA also threatened to claw back millions in aid.

A separate post-flood audit in Livingston also found the parish out of compliance with FEMA's Community Rating System, costing the jurisdiction's flood insurance policyholders a 5% discount on annual premiums.

But East Baton Rouge spokesman Mark Armstrong said he couldn't yet say what consequences FEMA threatened against the city-parish.

In Livingston, parish officials learned two years ago about the potential fallout of those poor audits and have been trying ever since to get back into the good graces of federal regulators and insurers.

FEMA said the letters to homeowners marked one of the last steps in that process, which brings Livingston denizens closer to qualifying for discounted insurance premiums.

It's unclear how long East Baton Rouge leaders have known about the problems with those 1,000-plus homeowners.

ST. AMANT — Window panes dusted with dirt up to a sharp line of demarcation, two-tone porch screens with a clear line separating the two shade…

In the months after the 2016 flood, damage determinations became a major concern for tens of thousands of residents, prompting emotional appeals from homeowners who feared the "substantial damage" designation would force them into costly home elevations or demolitions.

Some parishes, including East Baton Rouge and Ascension, reacted by easing rules, which had been stricter than FEMA's, to lessen the odds of buyouts and elevations.

Livingston did some assessments, but not completely. Officials said they were more focused on getting people back in their homes.

Seriously damaged homes in Livingston that got the letters lie below the estimated height of a 100-year flood, or what's known as the base flood elevation.

After delay, Ascension, FEMA agree on deal to do damage assessments, hire inspectors

Within the next two weeks, FEMA will have 10 two-person teams of inspectors doing damage assessments of the 10,000 to 12,000 Ascension Parish …

A 100-year flood — the statistical estimate considered a benchmark in engineering, banking and insurance realms — has a 1% chance of happening in a given year and a 26% chance of occurring in the span of a 30-year mortgage.

Homes with mortgages that lie below the base flood elevation must have flood insurance.

Livingston Parish officials are confident they can again comply with Federal Emergency Management Agency regulations by the end of the year, a…