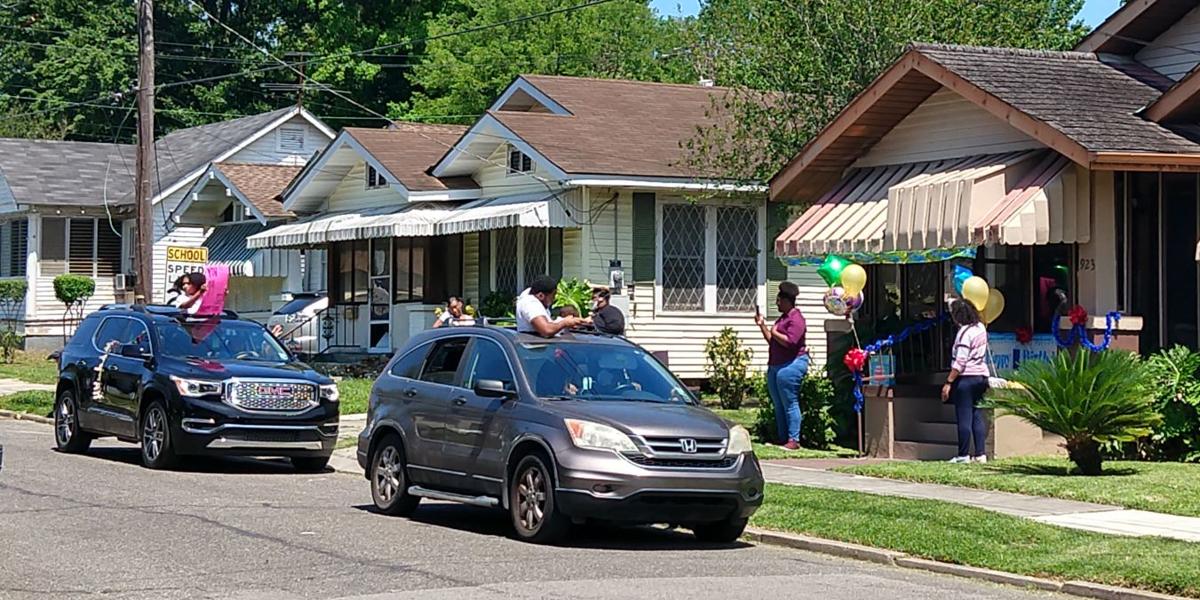 A birthday parade for 99-year-old Mary Lee passes her home on April 11. 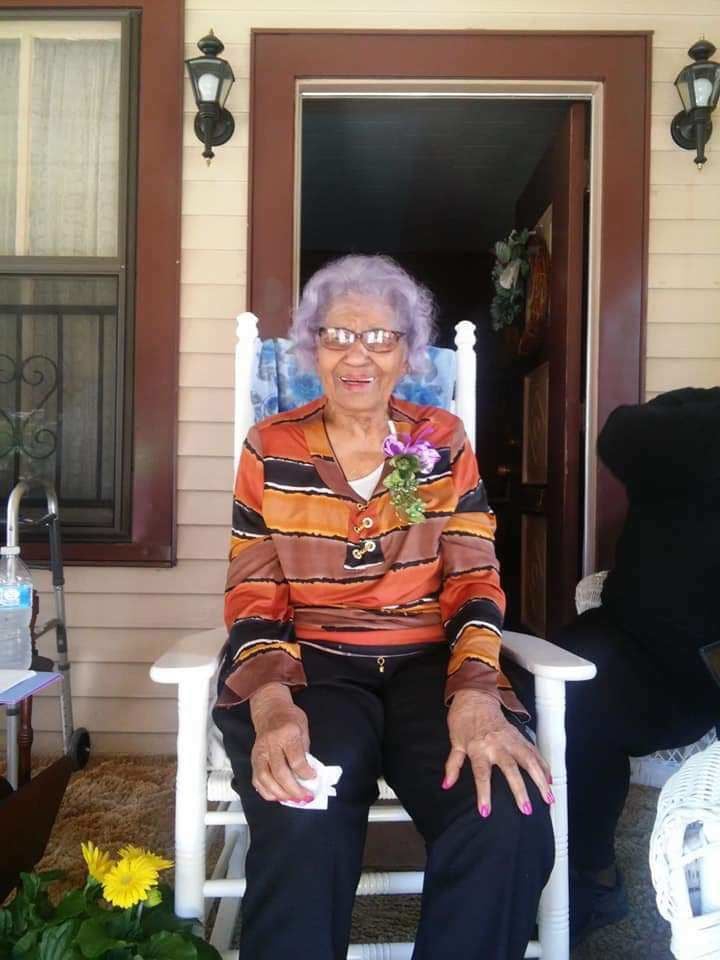 Mary Lee enjoys a birthday parade on April 11 from her porch on South 16th Street in Baton Rouge. 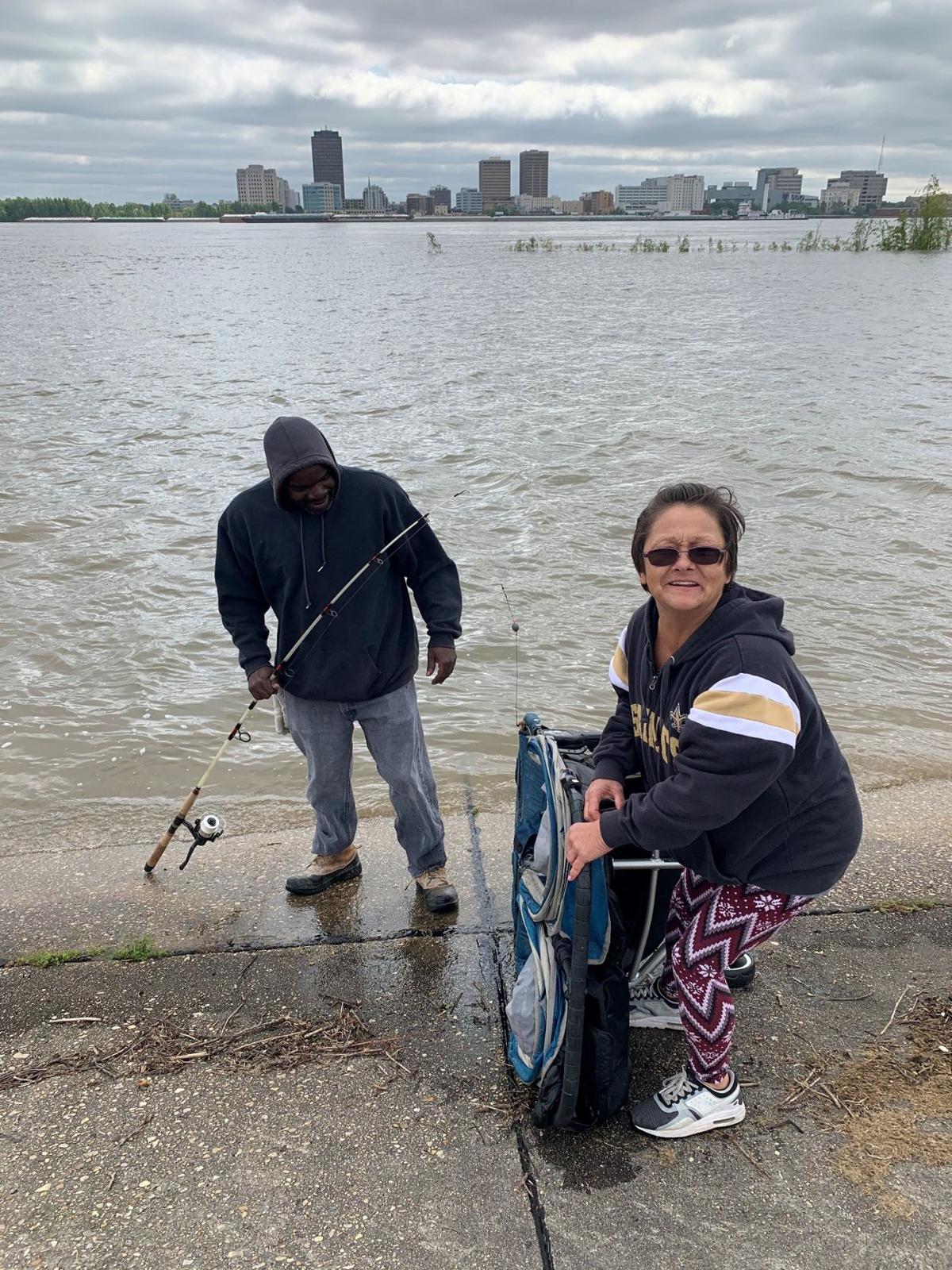 When the stroller Gretchen LeBlanc was using rolled down the levee (no children aboard) into the Mississippi, these two good Samaritans fished it out for her. 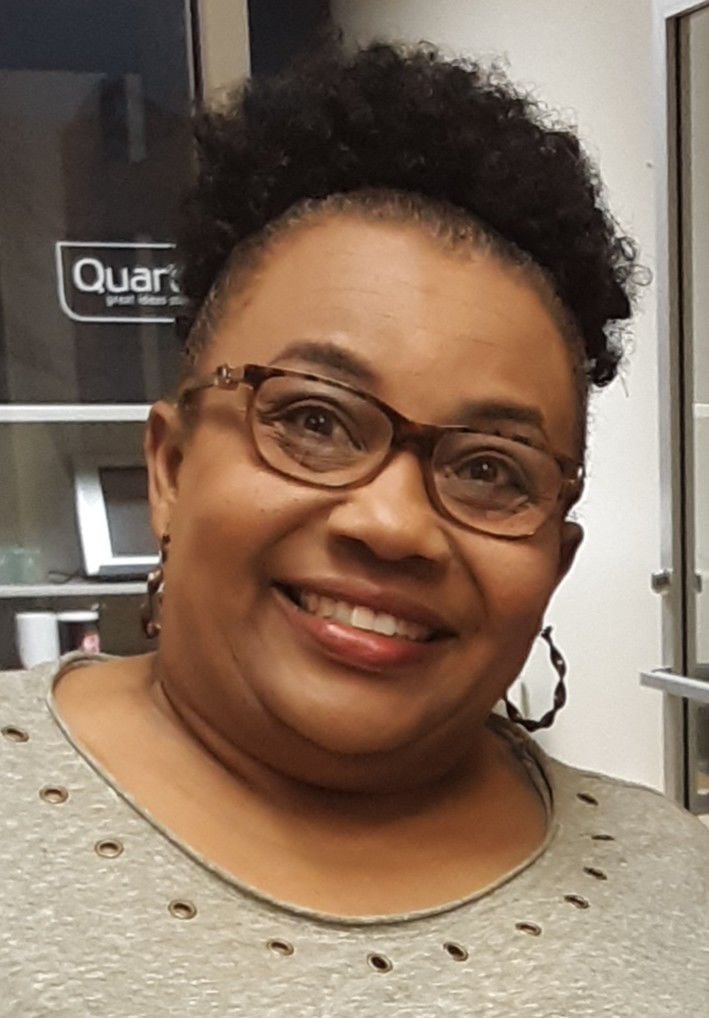 A birthday parade for 99-year-old Mary Lee passes her home on April 11.

Mary Lee enjoys a birthday parade on April 11 from her porch on South 16th Street in Baton Rouge.

When the stroller Gretchen LeBlanc was using rolled down the levee (no children aboard) into the Mississippi, these two good Samaritans fished it out for her.

A party to celebrate her 99th birthday with family and friends wasn't possible this year for Mary Lee. A "surprise" parade would have to do.

Led by a police escort with sirens flashing, more than 30 honking vehicles of well-wishers paraded around the block on April 11 with Lee taking it all at a safe distance from the porch of her South 16th Street home in Baton Rouge.

"I had not seen anything like that before for my birthday. It just made my day," she said. "It was just wonderful. … It was a beautiful day for me. I couldn't have asked for anything better."

It was a special event for a special person, said Lee's daughter Vera.

"To be able to share in that moment with her was an honor," she said. "She's been a blessing in her own sweet way."

Lee's great-great-great-niece Turoara Matthews said the idea for the parade came from similar ones she had seen on Facebook during these days of the coronavirus, where state orders limit gatherings.

"We asked people to just show up, come do the parade and show the love," Matthews said. "She loved every minute of it."

Matthews said Lee was only told to step outside to greet some visitors from a distance.

"After my tears, I was ready to enjoy it," Lee said. "It was something that surprised me because I wasn't told anything."

Lee was born on April 11, 1921, in Jackson. She worked for many years as a cosmetologist.

"I always say it's a blessing from the Lord," she said. "And I don't know, but whatever it is he's keeping me, and he keeps blessing me. He's blessed me all through my life way before now to 99 years."

Some fish stories are almost too good to be true. When Gretchen LeBlanc, of Port Allen, took a walk with her two young grandchildren on the riverfront on April 6, they stopped to toss sticks into the water. All of a sudden, the double-stroller left on the top of the levee came flying past, landing with a thunk in the Mississippi.

A fisherman came to the rescue, tossing his line so that he hooked the stroller and, with the help of another bystander, pulled it ashore.

"I knew neither of them and was in too much of a frenzy to ask their names as I thanked them profusely," LeBlanc said. "Surely it was the fisherman’s biggest catch of the day. It surely was for me."

Unemployed while LSU’s campus is shut down, Falcon Brown, a student in LSU's Manship School of Mass Communication, recently paid her rent, which took half of her savings.

“Feeling pretty low about the situation, but knowing others are going through the same, I took to Twitter to vent my frustrations," Brown said. "I wrote, ‘Just paid rent now I'm worried about how I'm going to eat this month. At least I have a crappy apartment to starve in.’ Of course, I was being a bit dramatic and facetious, but I use humor to cope with things that are bothering me.”

Unexpectedly, Brown received $40 on the Venmo payment app from a friend. Ten minutes later, another $10 arrived. By day’s end, nine people had sent her $275. All of it came by friends who, like Brown, are in their 20s and, she thinks, could be struggling, too. She hadn’t asked for the money.

“These people gave me hope in a way I never expected,” Brown said. “It's more than just the money. During these times, it's easy to focus on everything that is going wrong with your life. A few small acts of kindness was all it took to completely change my perspective and remind me that I am very lucky to have people who care about my situation. Today made me realize that while everything is falling apart, people are coming together more than they ever have before.”

If you want to be part of our coverage, send those Acts of Kindness to theadvocate.com/actsofkindnessnominations.

Andrew and Molly Hart’s artwork may not last a good rainfall, but for their Shenandoah subdivision neighbors, the memories are likely to endure.