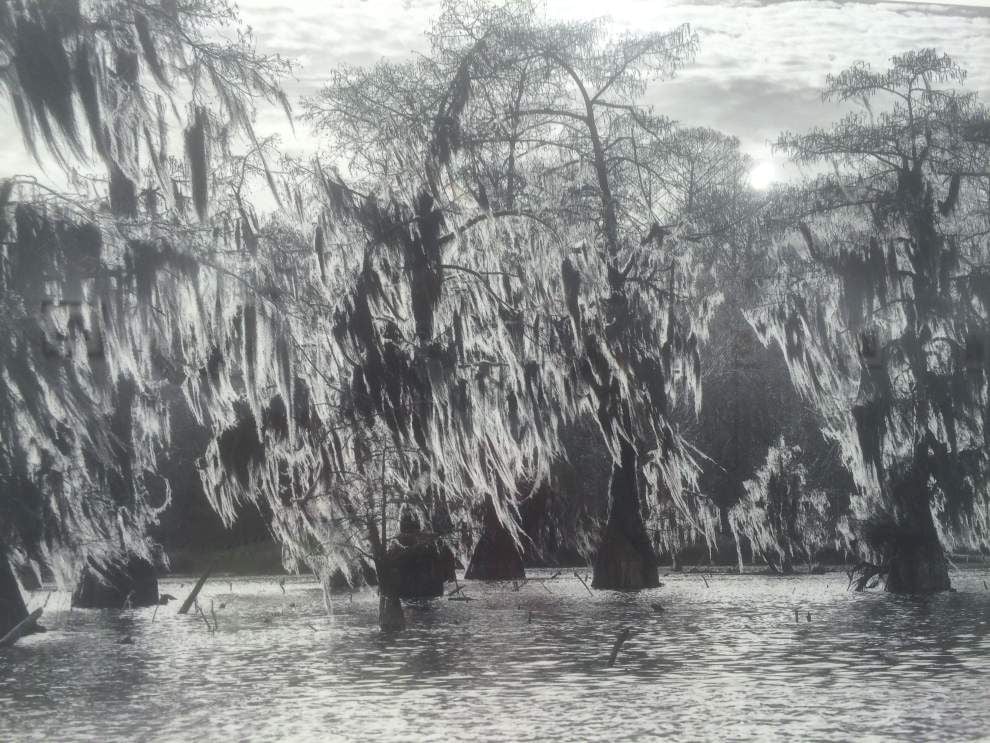 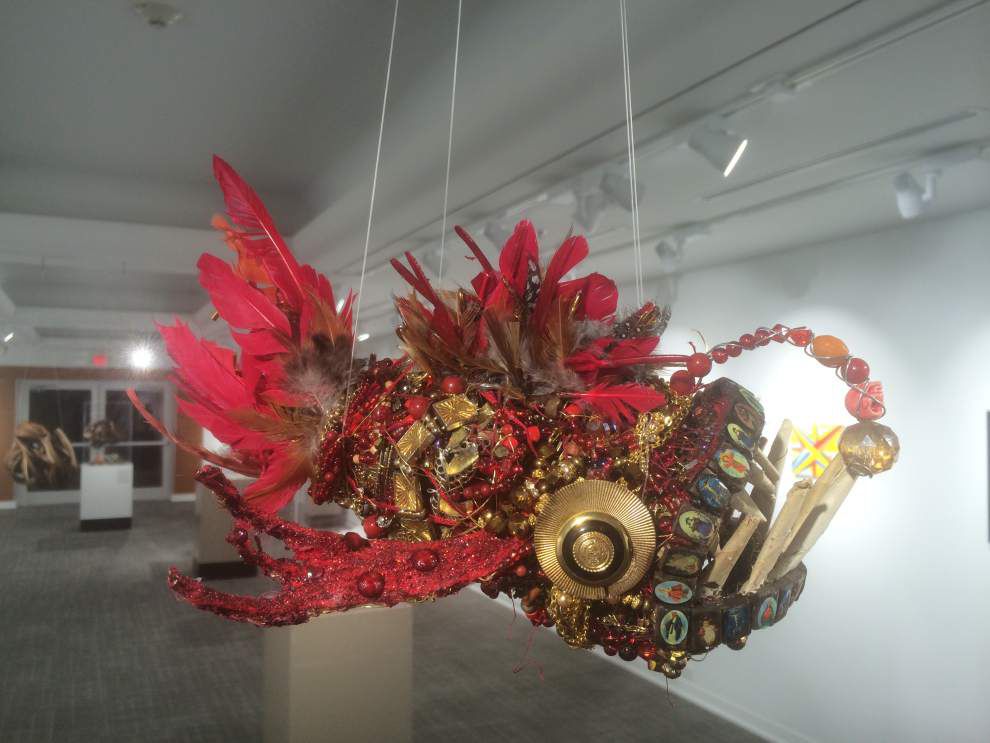 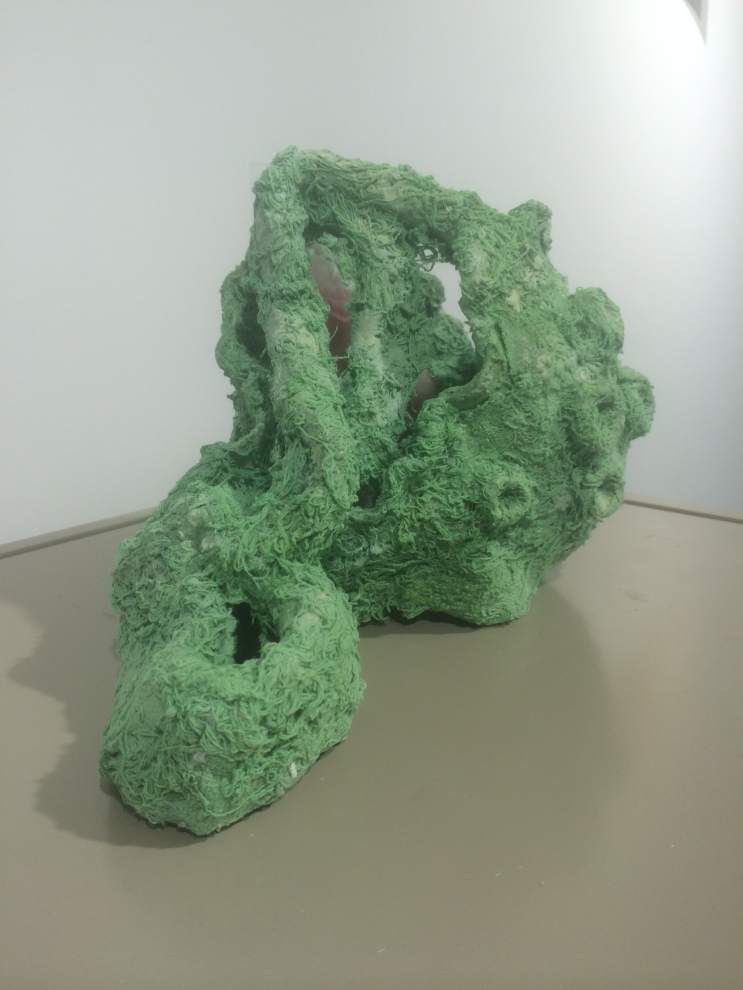 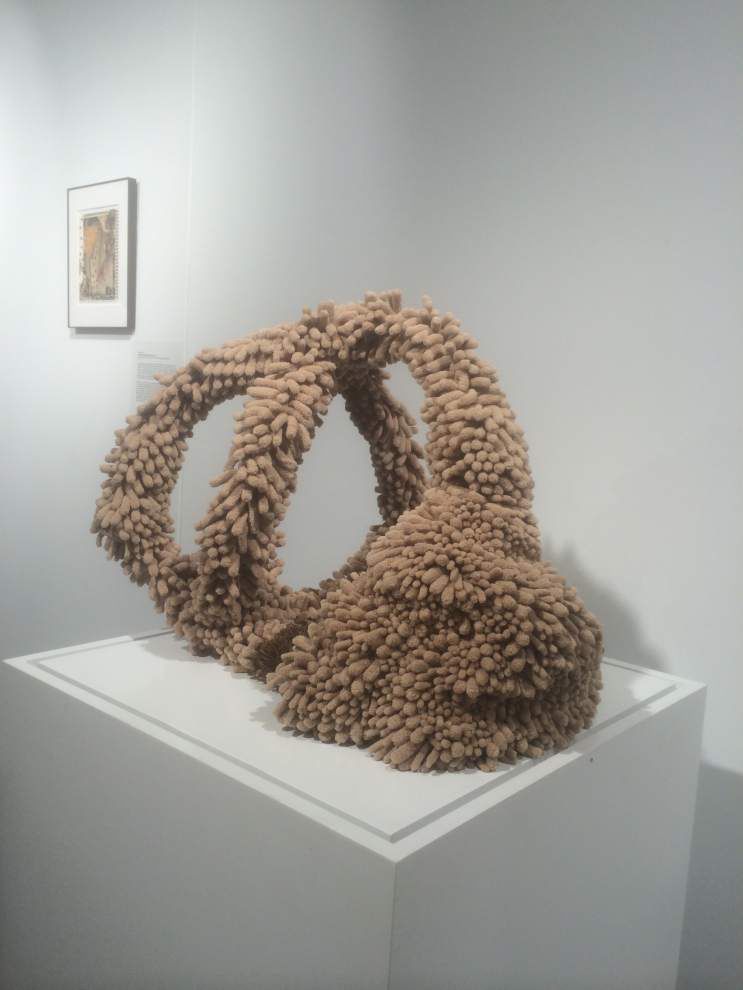 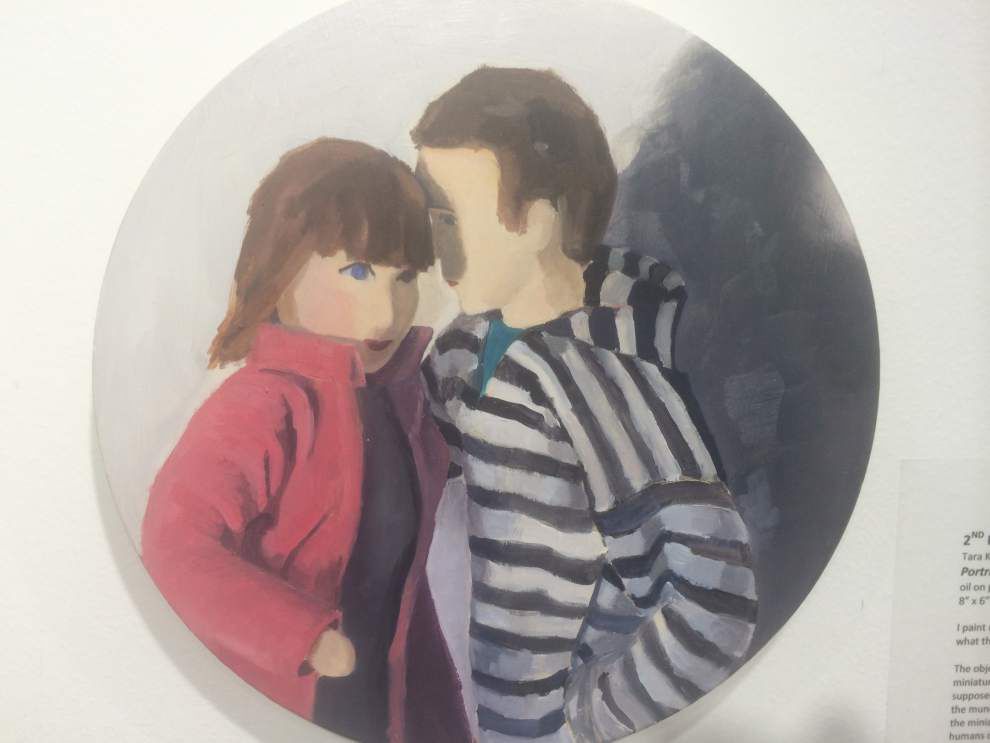 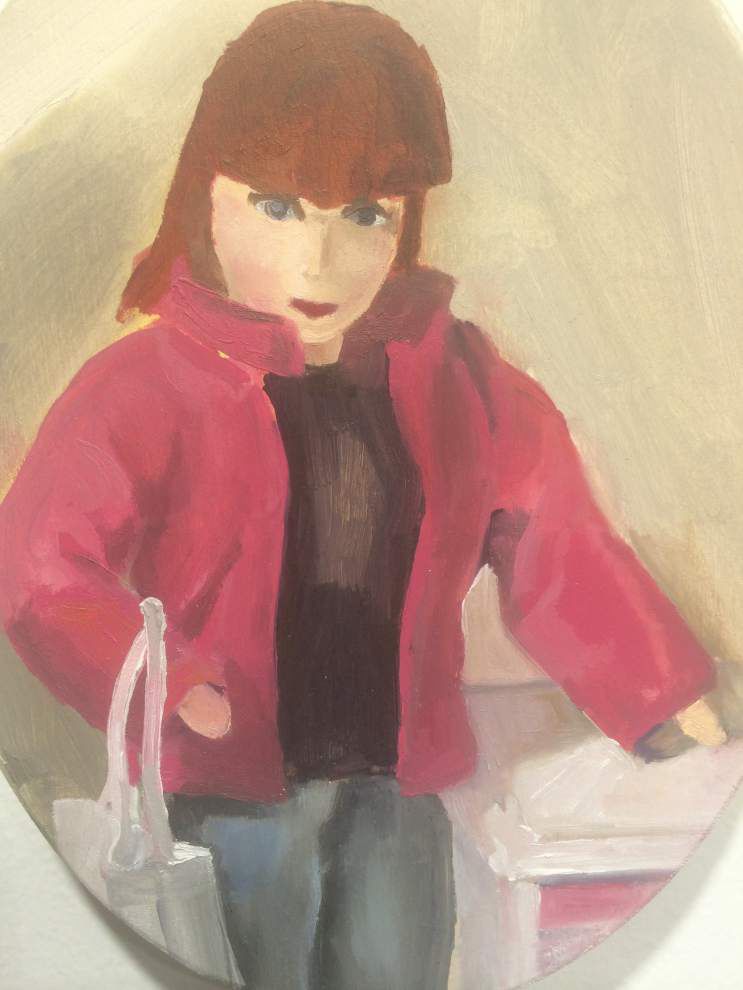 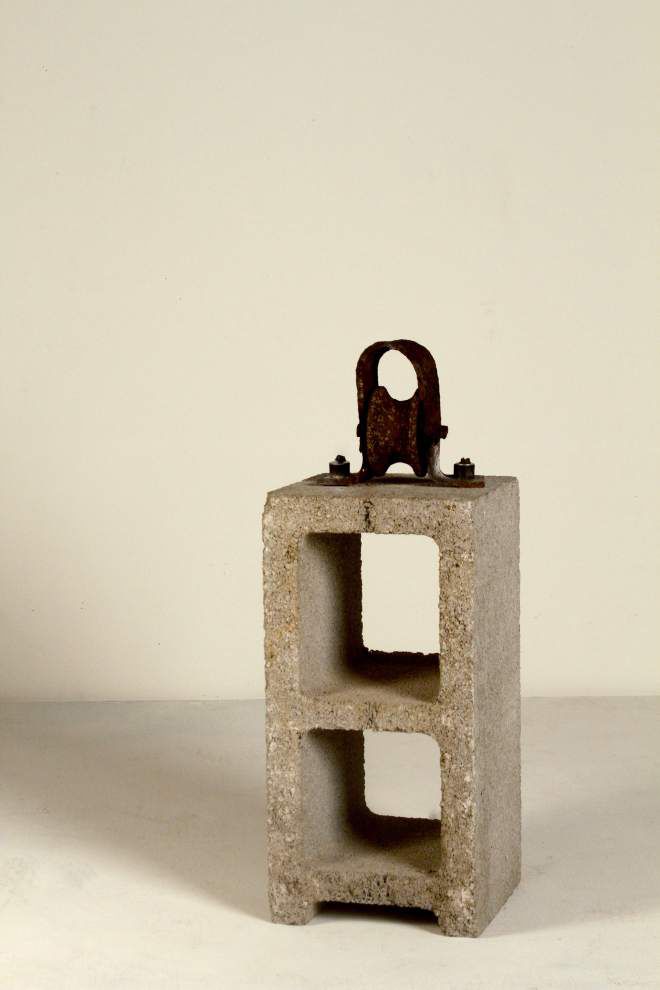 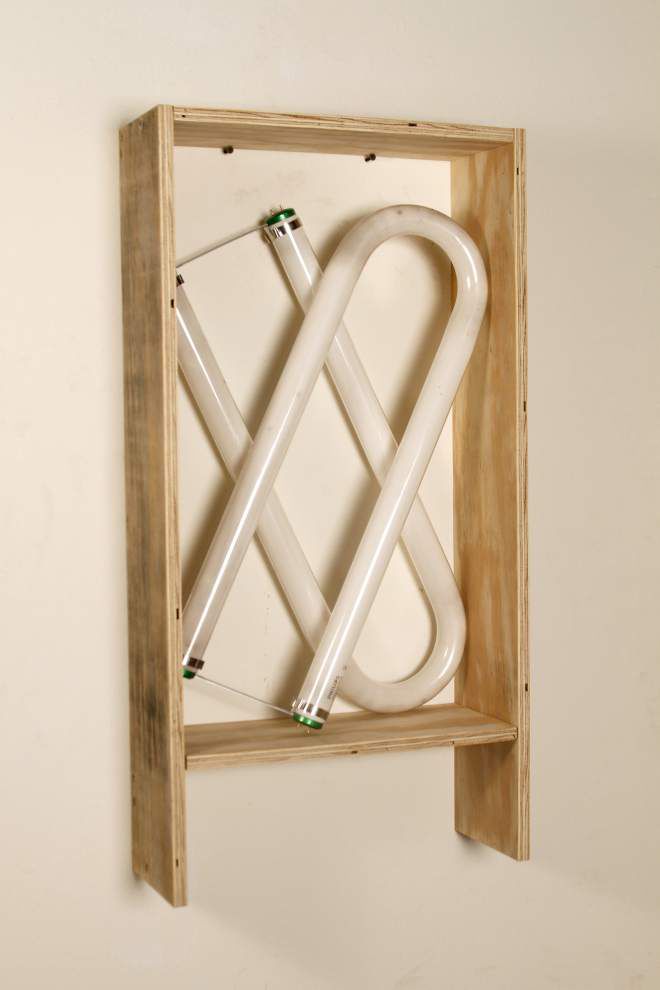 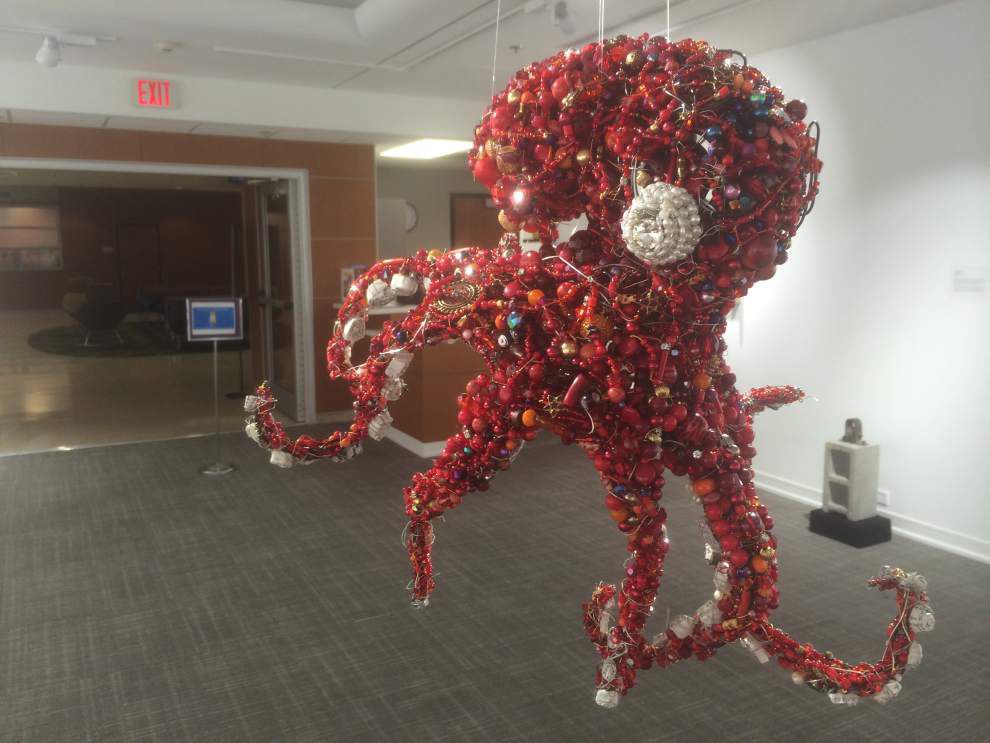 Call them sketches, the beginning of something bigger in Dan Hood’s cache of installation ideas.

“But then, I also see them as finished pieces,” he says. “They can stand on their own, so I entered them in the show. But I never dreamed I’d win first place. I’m in shock.”

In fact, Hood forgot he entered the LSU Student Union Gallery’s “20” X 20” X 20” National Compact Competition and Exhibit,” which runs through June 10. He sent his artwork to LSU while working on class projects at the University of Tennessee. Hood will graduate with a bachelor’s degree in art in December. His focus is on printmaking, and his aspiration is to create public art installations.

Which is why he speaks on his cell phone while driving to Bryan, Texas.

“I’m currently on a pop-up art tour,” Hood says. “From now through July, I’ll be creating installations through the United States and Canada. It helps people see the potential for their public spaces.”

Viewers can get a look at Hood’s artistic style in the LSU Student Union’s public space specifically dedicated to art. Hood’s work is joined by that of 23 artists from throughout the country selected by juror Brooke Davis Anderson, executive director of the Prospect New Orleans art biennial.

“Each juror has a different perspective, and Brooke chose a lot of three-dimensional pieces,” gallery curator Hugh O’Connor says. “I was surprised, at first, by a lot of the pieces that were chosen. They are so different from the traditional elements that we’ve had in our past shows. I prefer two-dimensional artwork, but after the show was installed, I found that I really love this show.”

Some $5,000 in prize money was awarded to first-, second- and third-place winners, as well as several merit award winners. Hood won the $2,000 award for first place.

“That prize money actually helped fund my pop-up art tour,” Hood says. “It pays my gas and some other expenses.”

Hood’s entries are two sculptures made from found objects. Both pieces met the show’s criteria of fitting into the dimensions of 20-by-20-by-20 inches. Or, for two-dimensional works, 20-by-20 inches.

The first incorporates two fluorescent tubes inside a makeshift wooden frame. The second is a metal piece attached to the top of a cinder block.

“Some of our visitors may be a little confused when they walk in and see these pieces,” O’Connor says. “Some of them say, ‘Well, I could do that.’ But they’re not looking at the bigger picture, the meaning behind it.”

He lives in an industrial area of Knoxville, Tennessee, where metal and glass objects are regularly discarded.

“A lot of the work I make is made of these found objects,” Hood says. “These are the things I see every day, and I’m striving to make pieces that talk about the impact industrial objects have on our lives. I’ve found so many cinder blocks and fluorescent tubes in my environment, and this is my way of reactivating them.”

Winning the second-place prize of $1,500 is Brooklyn, New York, artist Tara Kopp for her series of three small paintings. The third prize of $1,000 went to Durham, North Carolina, artist Meg Stein for her mixed media sculptures.

The show also included work by 23 Louisiana artists, six of them living in the Baton Rouge area.

“This show is really a lot of fun,” O’Connor says.

Hood’s only regret is that his pop-up art tour won’t be bringing him to Baton Rouge this summer.

“I tried to arrange it to where I could come to Louisiana,” he says. “I’ve been to New Orleans, but I wanted to visit Baton Rouge. I’ve never been there, and I wanted to visit the city. But I couldn’t make it happen.”

So, he’s represented by his artwork, pieces that began as sketches and ended up first- place winners in a national art show.