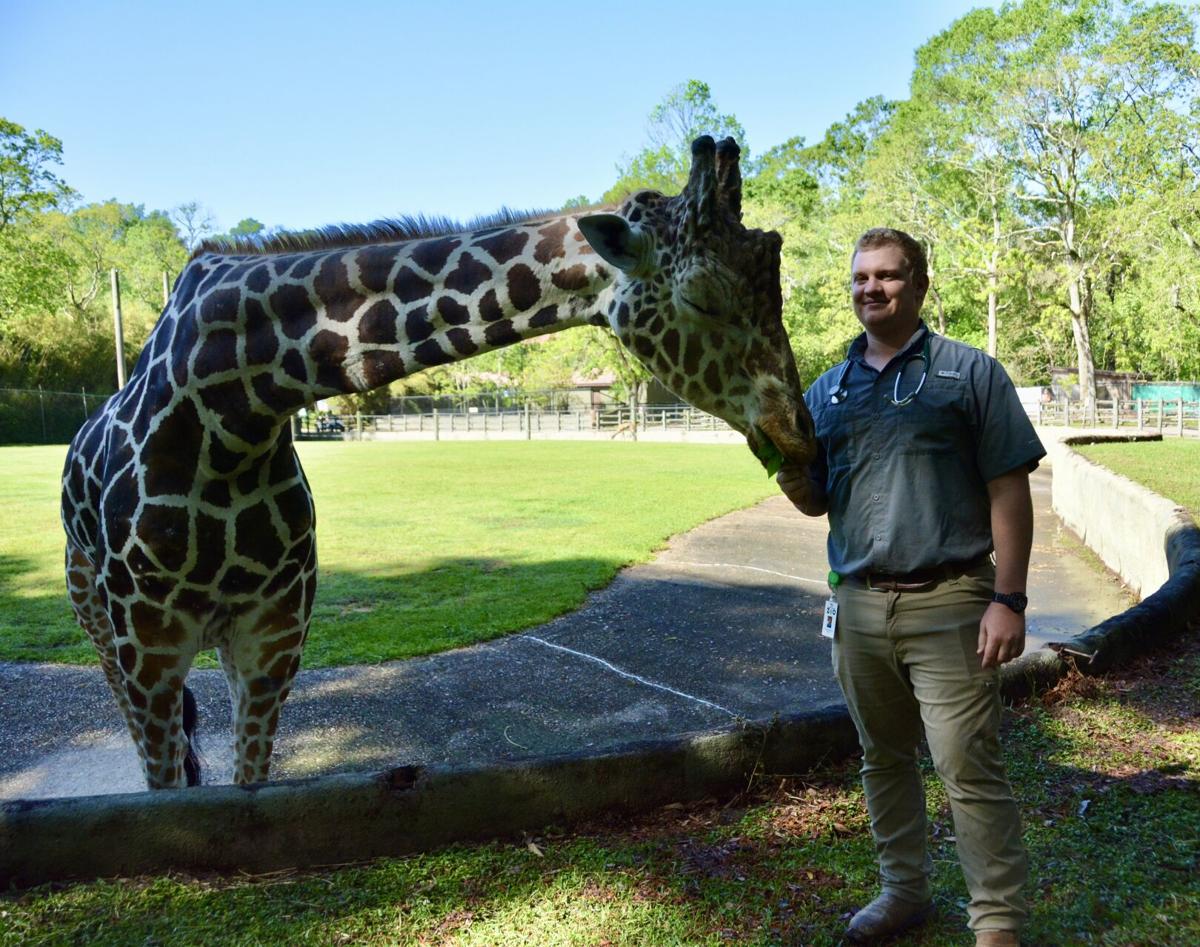 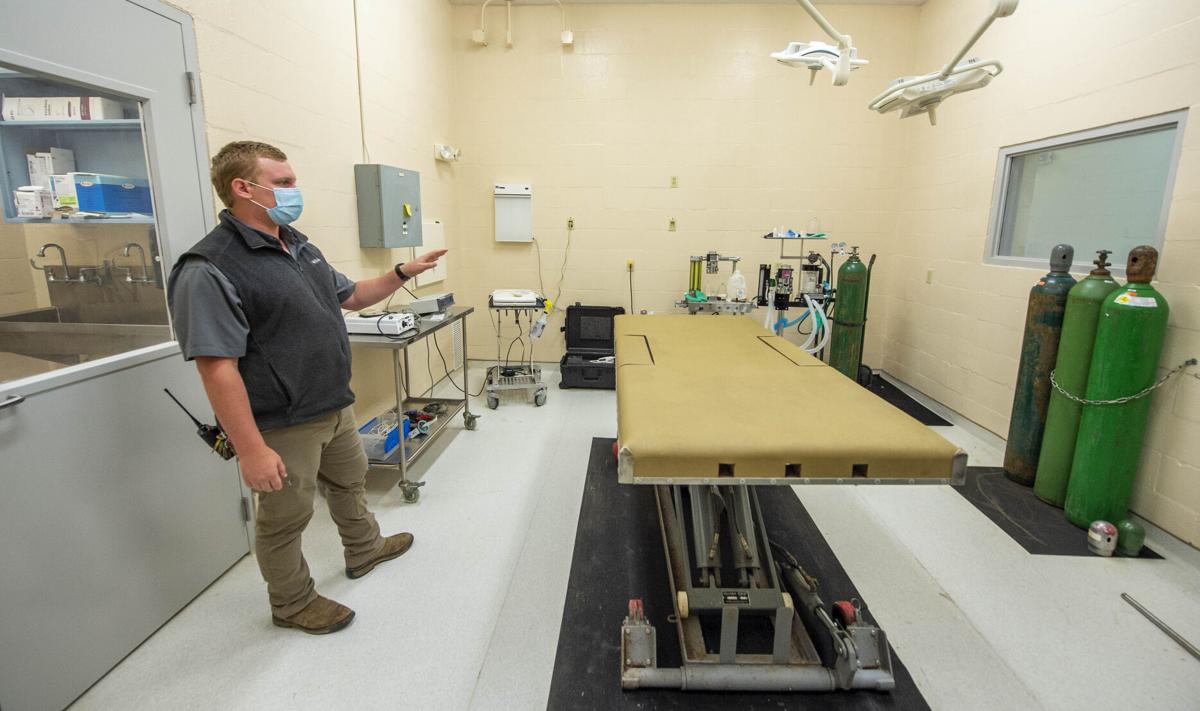 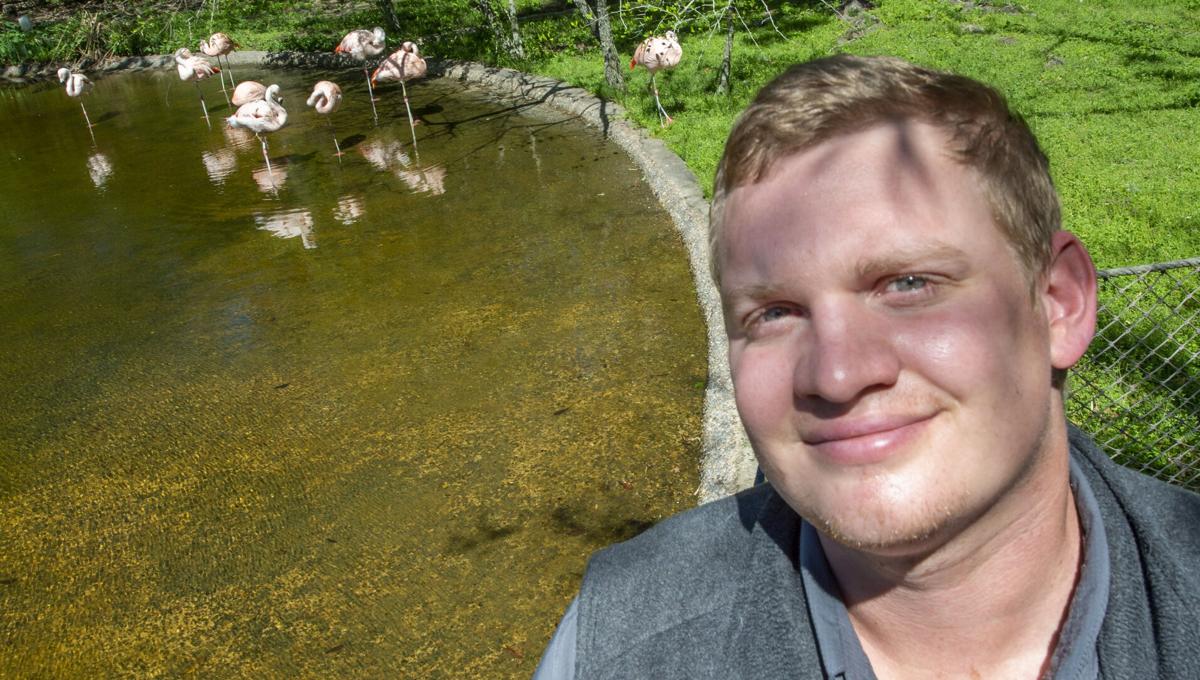 As the veterinarian at BREC's Baton Rouge Zoo, Dr. Michael Warshaw is in charge of the health of roughly 700 animals, including the flock of flamingos behind him. 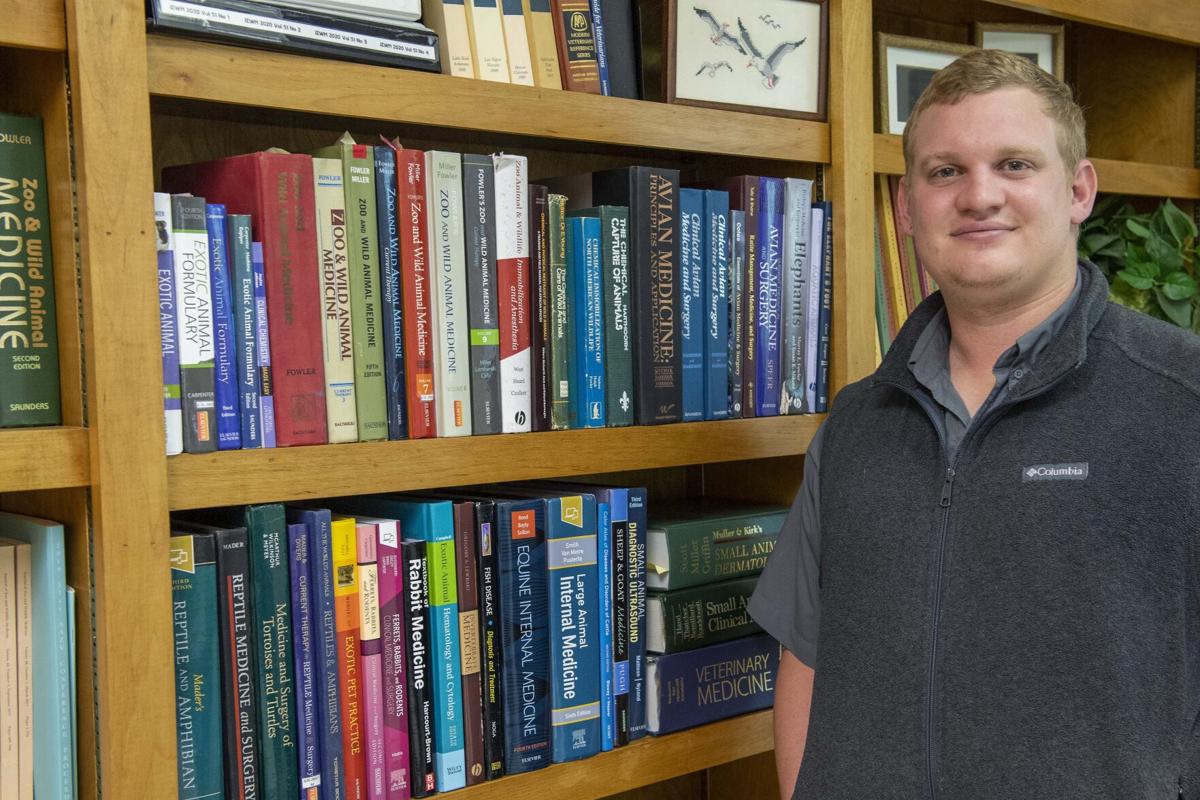 As the new veterinarian at BREC's Baton Rouge Zoo, Dr. Michael Warshaw is filling his bookshelf with volumes about diseases and treatments for all sorts of animals.

As the veterinarian at BREC's Baton Rouge Zoo, Dr. Michael Warshaw is in charge of the health of roughly 700 animals, including the flock of flamingos behind him.

As the new veterinarian at BREC's Baton Rouge Zoo, Dr. Michael Warshaw is filling his bookshelf with volumes about diseases and treatments for all sorts of animals.

Dr. Michael Warshaw is a veterinarian who never treats a dog. But he does look after cats. Some really, really big cats. And giraffes, elephants, zebras, snakes and so much more.

In all, as the veterinarian at BREC's Baton Rouge Zoo, Warshaw is in charge of about 700 animals — mammals, reptiles, amphibians, birds, fish and invertebrates.

And it's that variety of clientele that drew him earlier this year to become only the second veterinarian in the zoo's 51-year history.

“My favorite thing about zoological medicine is the diversity of the species I get to work with, and the fact that it makes no two days the same,” said Warshaw. “I can be working on a fish in the morning, a giraffe in the afternoon and a bird somewhere in between.”

Warshaw, 28, hasn’t had hands-on contact yet with every animal, including Burreaux, the giraffe born at the zoo in 2019 who was named in honor of LSU’s Heisman Trophy-winning quarterback, Joe Burrow. But that’s because the animals are doing well.

“Most people, when they find out I’m a zoo veterinarian, their first reaction is: ‘Wait, there’s a veterinarian at the zoo?’” Warshaw said. “A lot of people don’t think about my position as a thing, which is a good thing because that means everything out there looks happy, healthy, and they don’t have to think about who’s taking care of that sick or hurt animal.”

Although all veterinarians may legally treat any nonhuman animal, few ever see the variety of fauna that's found at the Baton Rouge Zoo.

They range from small birds that weigh a little over 1/10th of a pound to rhinoceros that tip the scales between 3,500 and 4,000 pounds.

Warshaw has filled his office bookcase with volumes about diseases and treatments for a wide variety of animals and diseases conventional veterinarians never encounter. If he can’t find what he’s looking for in those books or other publications, Warshaw knows who to ask.

“That’s the nice thing about the zoo veterinary community in general: It’s such a tightknit group of people,” he said. “We pretty much all know everyone. We all know who has got the most experience with ‘x’ species, and we’ll be the first people to call and say, ‘Hey, I know you’ve dealt with this. What did you do and how did it turn out?’”

Warshaw makes daily rounds to look at the animals, but it's the staff of about three dozen keepers that is vital to spotting any problems, since they see the animals daily and know their habits.

The staffers also are responsible for administering medical treatments. Veterinary technician Holly Taylor has been at the zoo for 25 years and can give the name of almost every animal there.

“I can prescribe a medicine and say that giraffe needs this many tablets — it’s usually a very large number — and they’re the ones who have to figure out how to do it,” Warshaw said. “The keepers are vital in every way, shape and form here. I could not do my job without them.”

Many animals, he said, can be trained to cooperate with routine procedures like temperatures and blood draws, but some animals have to be sedated.

Warshaw credits Pirie for designing the zoo's animal hospital, which has an operating room, digital radiology and dental equipment that can handle almost every need. If a CT scan is needed, the LSU School of Veterinary Medicine makes its available, Warshaw said.

Warshaw, who grew up in Lake Charles, counts himself lucky to have one of the relatively few zoo veterinarian jobs in the country.

“There’s not a ton of these jobs,” he said. “You think about the number of zoos in the country, the big ones — the San Diegos, the really big-sized ones — may have three or four vets on staff. But a zoo the size of us only has one. It’s a really small community of veterinarians that do what we do on a daily basis.”

He became interested in his career because a family friend was a veterinarian, and he worked there as a teen. Warshaw graduated from the LSU School of Veterinary Medicine, and did postdoctoral work in Fort Wayne, Indiana, and Tampa, Florida.

He worked at Riverbanks Zoo in Columbia, South Carolina, and jumped at the chance to return to his home state. That opportunity came when Dr. Gordon Pirie, the zoo’s longtime veterinarian, retired.