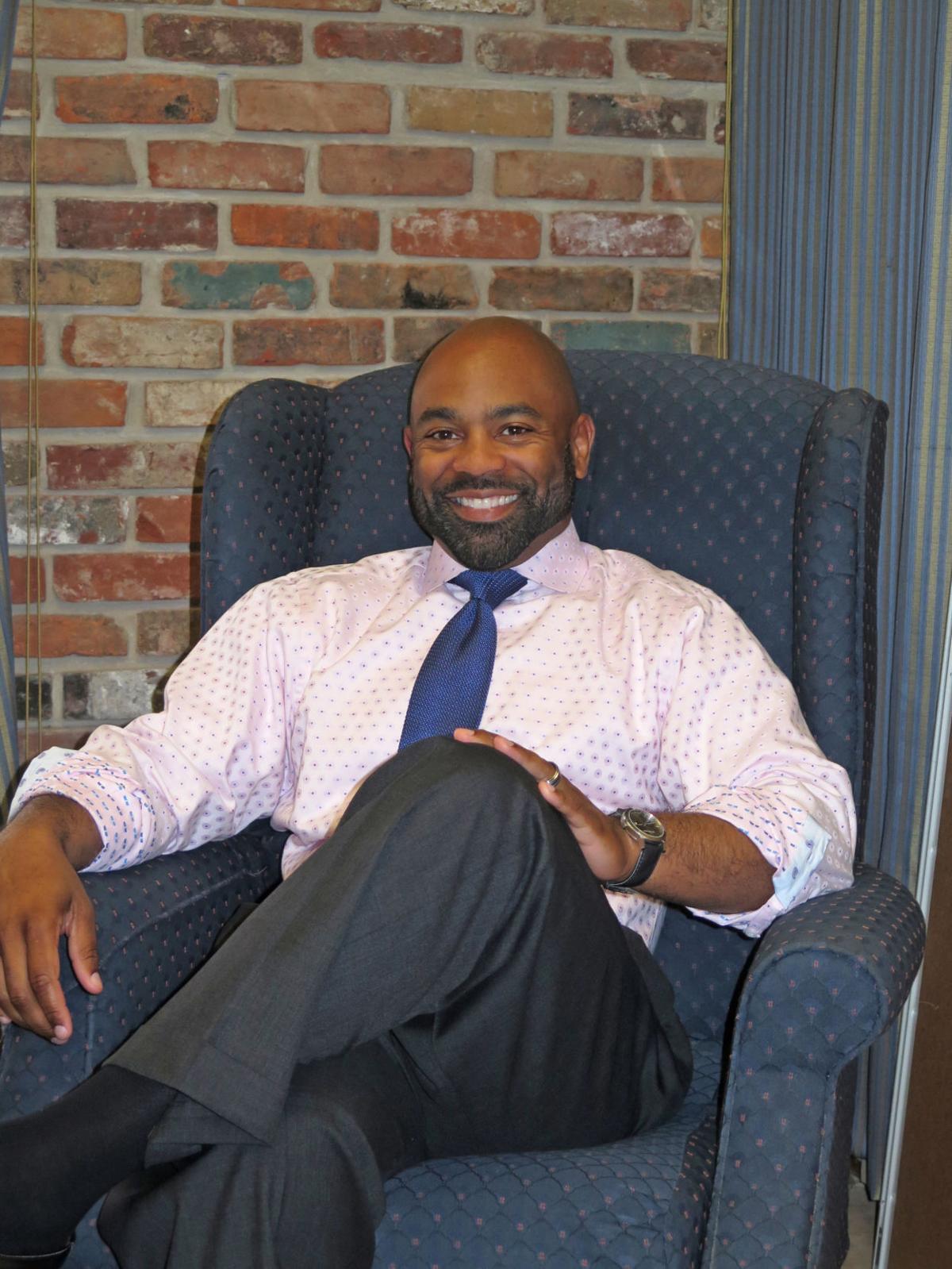 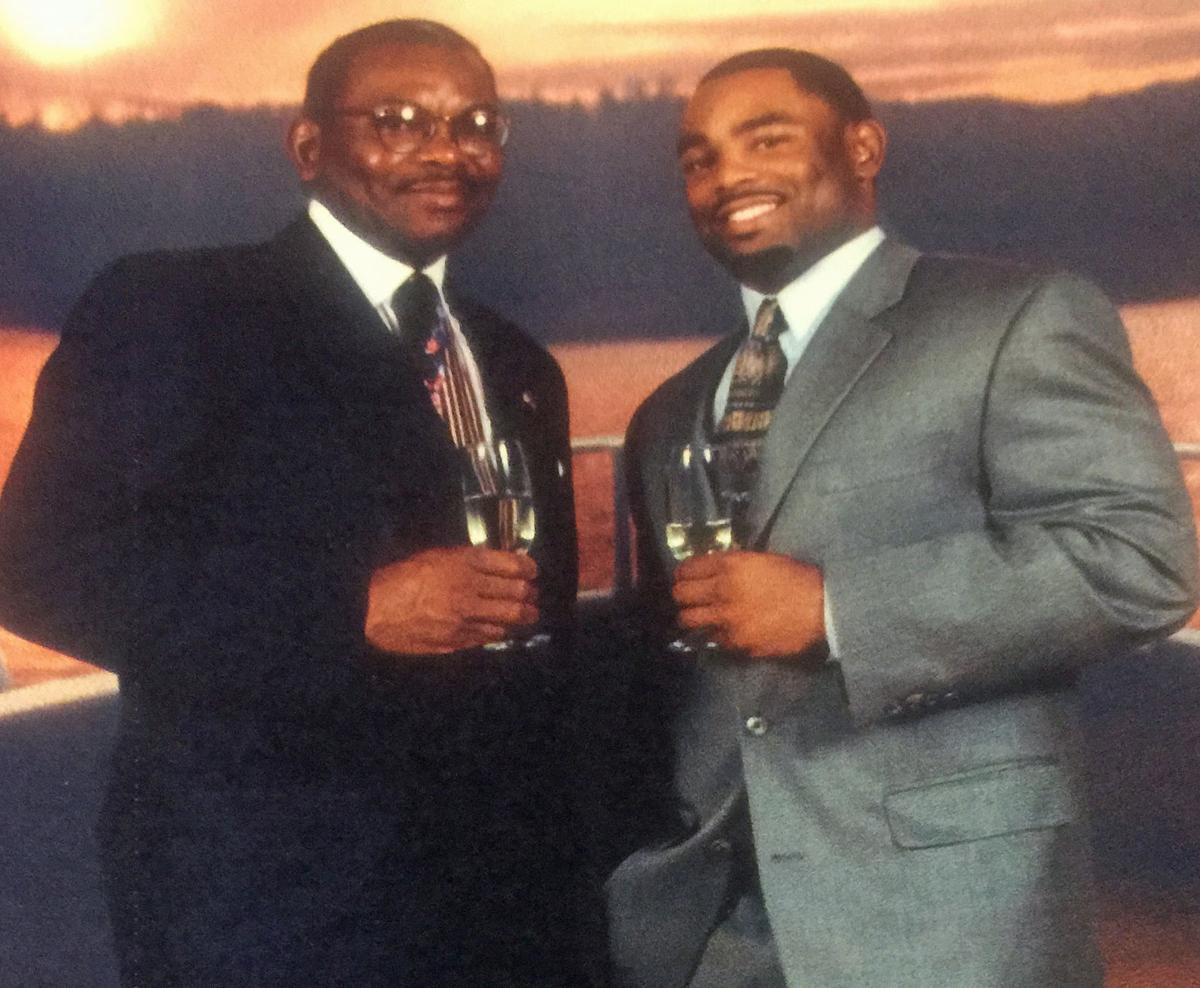 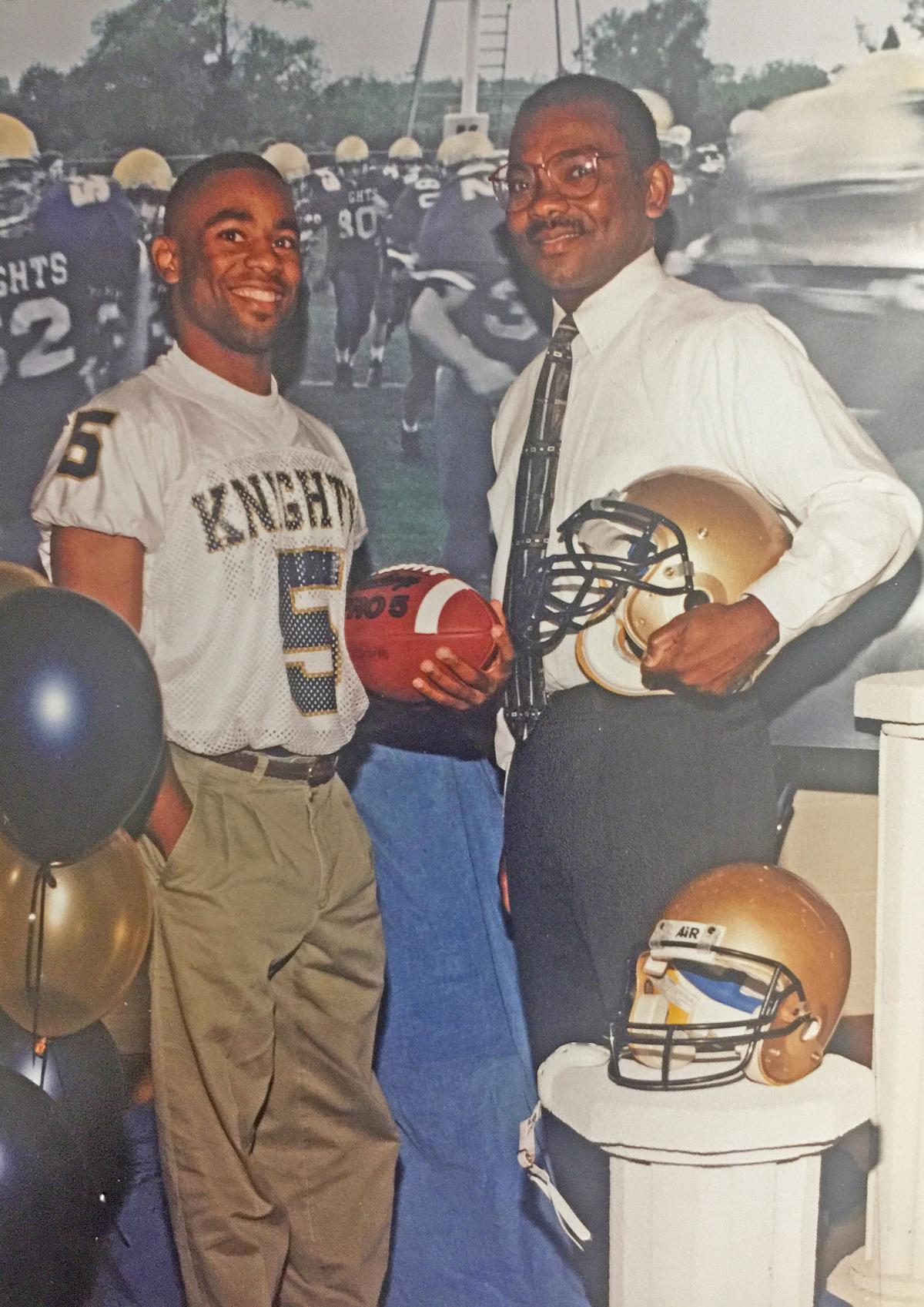 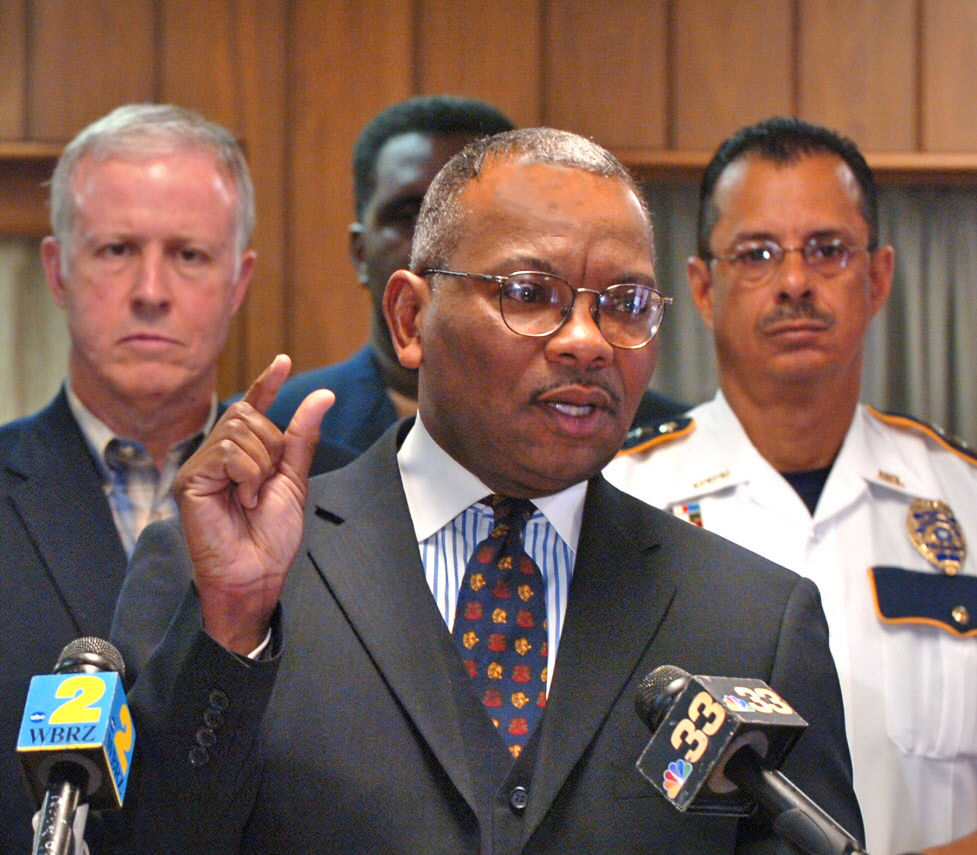 In 2007, Brace Godfrey Jr. speaks at a news conference about 100 Black Men of Metro Baton Rouge's community initiative to combat gun violence. With him are then Sheriff Greg Phares, left, and then Police Chief Jeff LeDuff.

In 2007, Brace Godfrey Jr. speaks at a news conference about 100 Black Men of Metro Baton Rouge's community initiative to combat gun violence. With him are then Sheriff Greg Phares, left, and then Police Chief Jeff LeDuff.

When Brace "Trey" Godfrey III was tapped a few weeks ago to become the first executive director of 100 Black Men of Metro Baton Rouge, it was an emotional moment for him and the organization's longtime members.

Many of those members have been a part of Godfrey's life since 1993, when he was 13 and his dad was planting the roots of 100 Black Men, a nonprofit volunteer organization of African-American men who are working to make life better for youngsters here.

When his father, Brace Godfrey Jr., died unexpectedly at age 58 in 2010, those men were still there for Trey Godfrey, who was then 30.

And now he will be running the day-to-day operations of the organization that was born 25 years ago when Brace Godfrey looked around Baton Rouge and saw abject poverty, crime and a lack of educational opportunities for African-American children. He said then that many were living in what he described as “third world war zones.”

The organization grew over the years and this year reached a point where an executive director was needed.

“I’m building on the amazing work that’s already been done over the past 25 years by a group of dedicated volunteers," says Trey Godfrey, "but the program’s been taken as far as it can go without someone in this office full time. This gives me a springboard to expand what we do, how we do it and the number of young people we can impact.”

Cynthia Godfrey knows it’s every father’s dream to have a son follow in his footsteps.

“Though his father isn’t here to physically see this moment, I have no doubt he is with Trey, as he is with all of us,” she says. “When Trey speaks, I hear his father’s voice. When Trey thinks, I learn from his father’s thoughts. When Trey moves throughout the community, he stands on his father’s shoulders. This full circle moment allows him to fulfill the dreams, the vision his father had for the betterment of our community.”

Trey Godfrey knows the operation inside and out.

He often accompanied his dad to 100 Black Men events, whether it was giving out backpacks filled with supplies at a back-to-school event, handing out beads at its annual gala or sitting in on a mentoring program.

“This organization provides exposure to positive, professional black men to its mentees as it did to me when I was growing up,” says Trey Godfrey. “It gave me other strong black men to look up to and to hold me accountable besides my father. … They have high expectations for me, just like my father.”

He recalls finding his 20-something-self standing in line at an ATM behind Michael Victorian, a good friend of his father’s and a former president of the group.

“It was kind of late and we said hello,” says Trey Godfrey, smiling at the memory. “He gave me this look. He didn’t say anything, just gave me a look, reminding me not to do anything stupid.”

“To see Trey not just as a member (of 100 Black Men) but stepping into a leadership position to catapult us to the next level, I know Brace would be totally overjoyed,” says Victorian.

Like most fathers and sons, the relationship between Trey Godfrey and his dad evolved over the years. In middle school, Brace Godfrey was his son's coach.

“It took me a while, but I finally realized that on the field, he’s not Dad but coach,” says Trey Godfrey, who went on to play football at Tulane University.

“He and mom were always around, so it was easy to idealize our family life,” he continues. “It never dawned on me that everybody’s parents weren’t doing the same thing. I took for granted what we had and now, as a parent, I look back and marvel at my parents.”

Married to Jenifer and a father to 19-month-old Ava, Trey Godfrey says he has a new appreciation “on so many levels” for how his parents raised him and sister Nikki.

The father-and-son relationship further evolved when Trey Godfrey went to college. He admits to making some bad decisions — “nothing that would have jeopardized my future” — but his dad didn’t step in to stop him.

“He knew he had to let me make them," Trey Godfrey recalls, "and I didn’t appreciate it at the time, but I do now.”

He and his father had yet a different relationship, more of a mentor and son, when they began working with John Schneider in a number of downtown redevelopment projects, including the Kress Building and Hotel Indigo.

“I finally got smart enough to realize I needed to shut up and learn,” Trey Godfrey says. “It served me at the time and its serves me well now … Neither of us had any expertise in the area, so we had to lean on each other.”

When Brace Godrey died suddenly of a heart attack in 2010, his son was in Lake Charles for the wedding of a close friend. He was supposed to meet his dad in Lafayette the next day to attend the Top 28 basketball tournament.

“That Friday night, all the guys had gone out to celebrate,” recalls Trey Godfrey. “My cellphone rang really early Saturday morning, the day of the wedding, and I just turned it off and went back to sleep. When it rang again, I knew something was wrong. It was my mom, and she said Daddy had a heart attack. And there was this pause, and she didn’t say anything else. I kept waiting for her to say, 'And he’s recovering in the hospital' or something but she didn’t. I finally said, ‘And what?’ and that’s when she said he died.

“It was so surreal,” he continues. “I kept thinking, this can’t be real, this is impossible. … My Daddy is Superman. I came back from Lake Charles in utter disbelief.”

By the time he got to his parent’s home in Baton Rouge, he had only one thing on his mind — putting his arms around his mother.

“The house was filled with family and friends, but I didn’t really see any of them when I walked in,” he recalls. “I just went straight to my mom. … I kept thinking I was going to wake up, that everything was going to be fine, but that didn’t happen.”

The strength and faith instilled by both his parents, as well as 100 Black Men, helped the young man cope after the death of his father.

Now he has assumed the reigns of an organization to which his father was passionately devoted.

"I hope he would be proud," says Trey Godfrey, adding that the work of 100 Black Men is needed now, perhaps more than ever.

"These men are present and their presence matters,” he says. “We have so many who need us and the programs and services we offer. The vision is huge.”