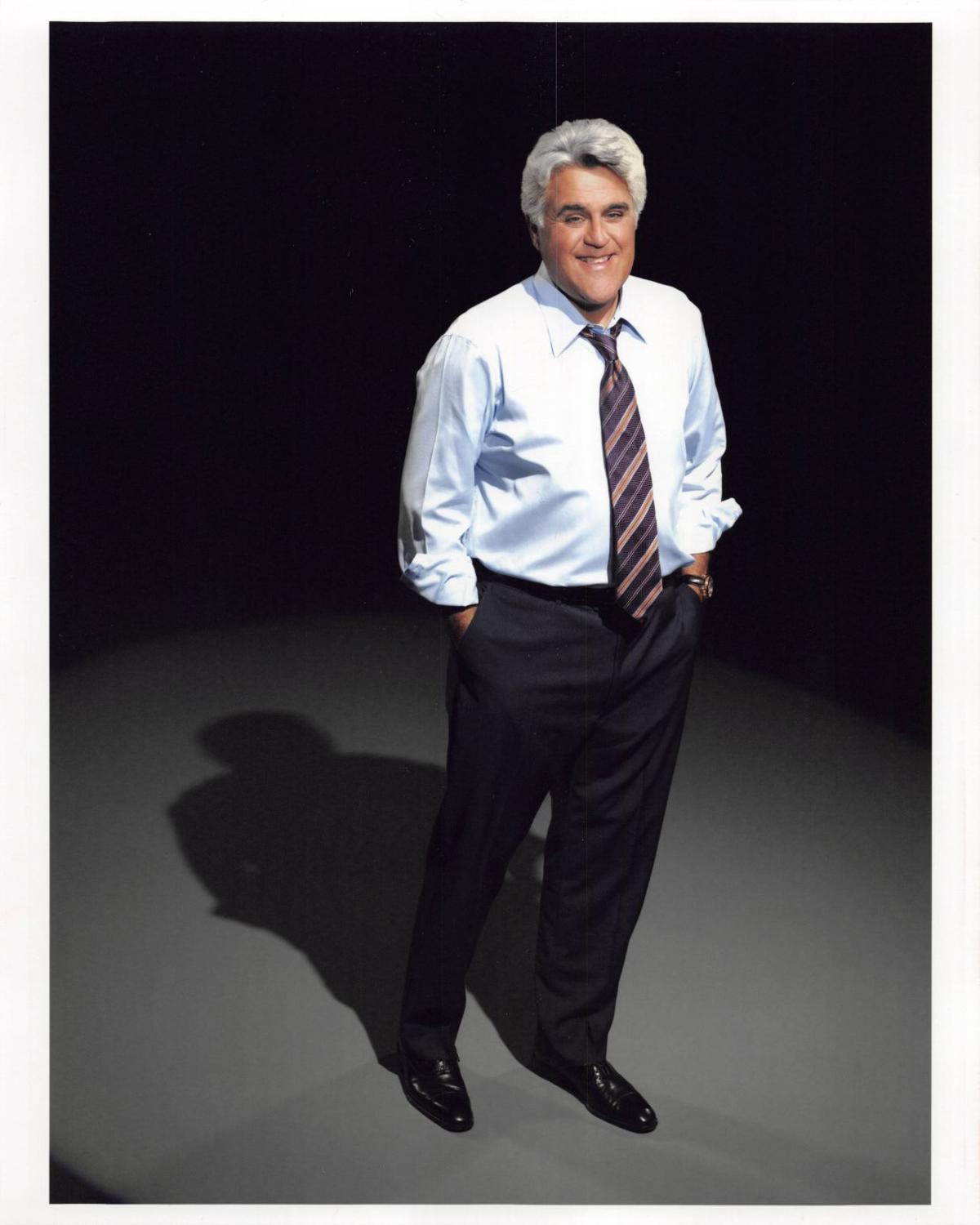 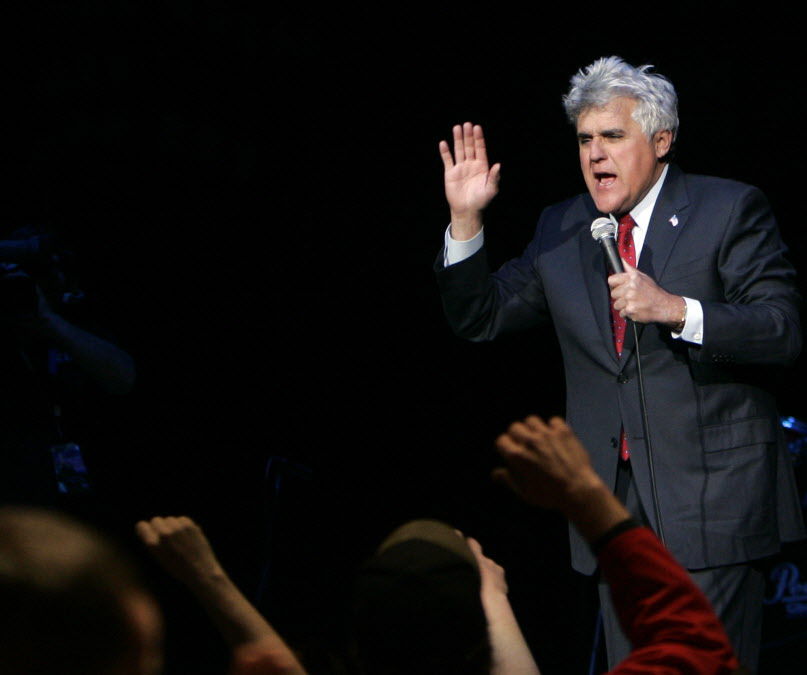 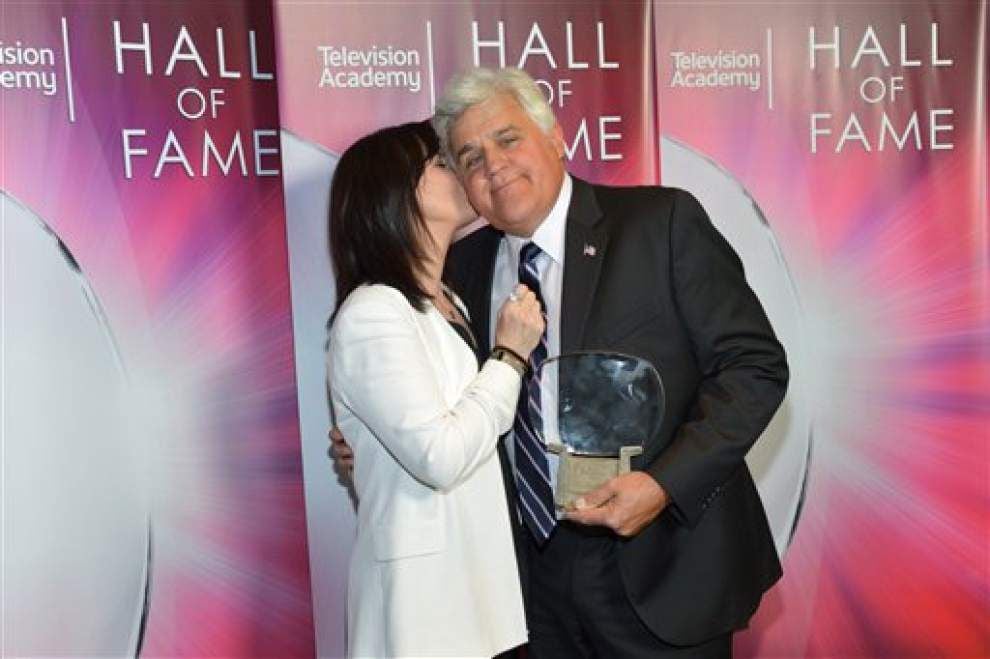 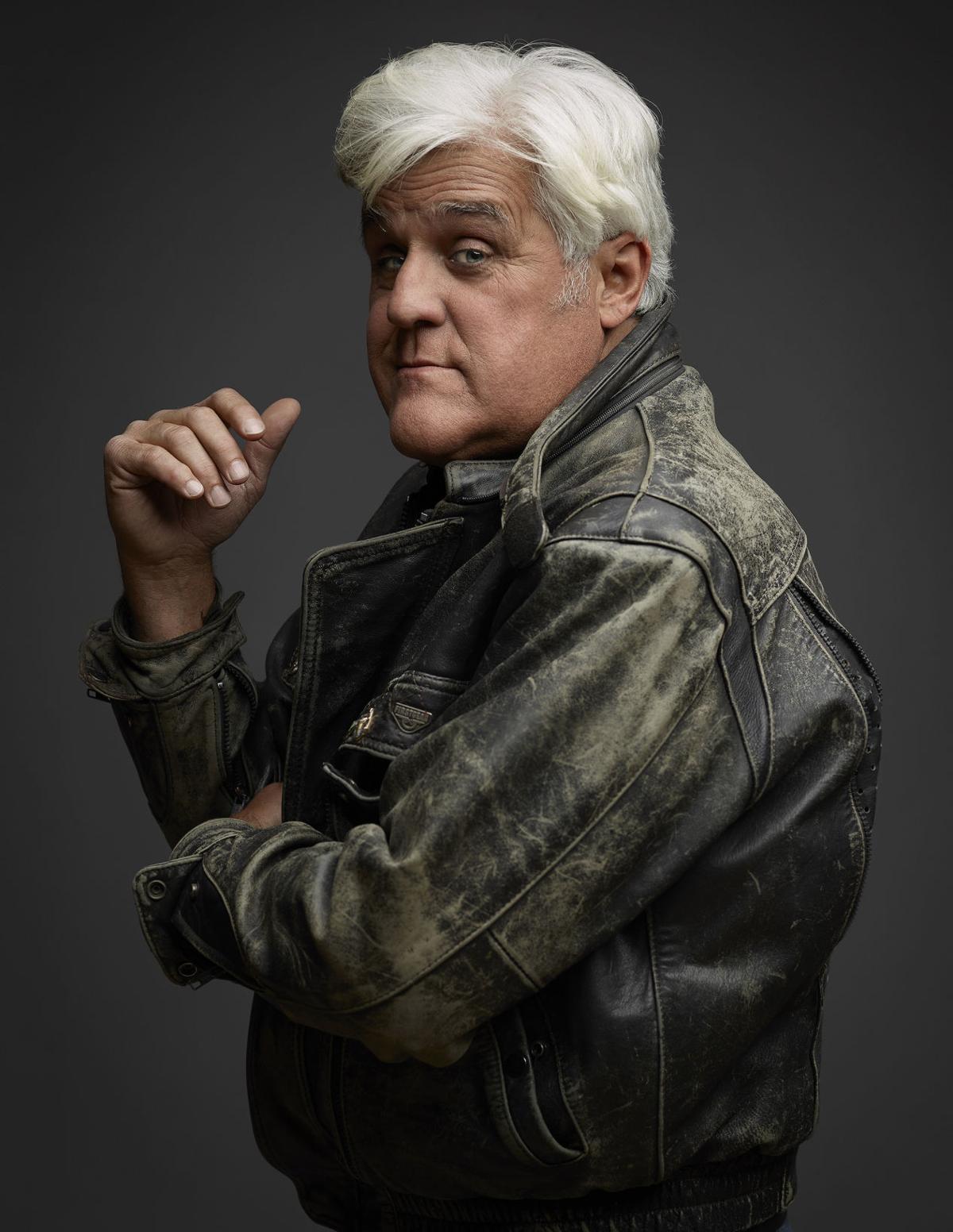 Jay Leno is host for 'Jay Leno's Garage' on CNBC and YouTube. 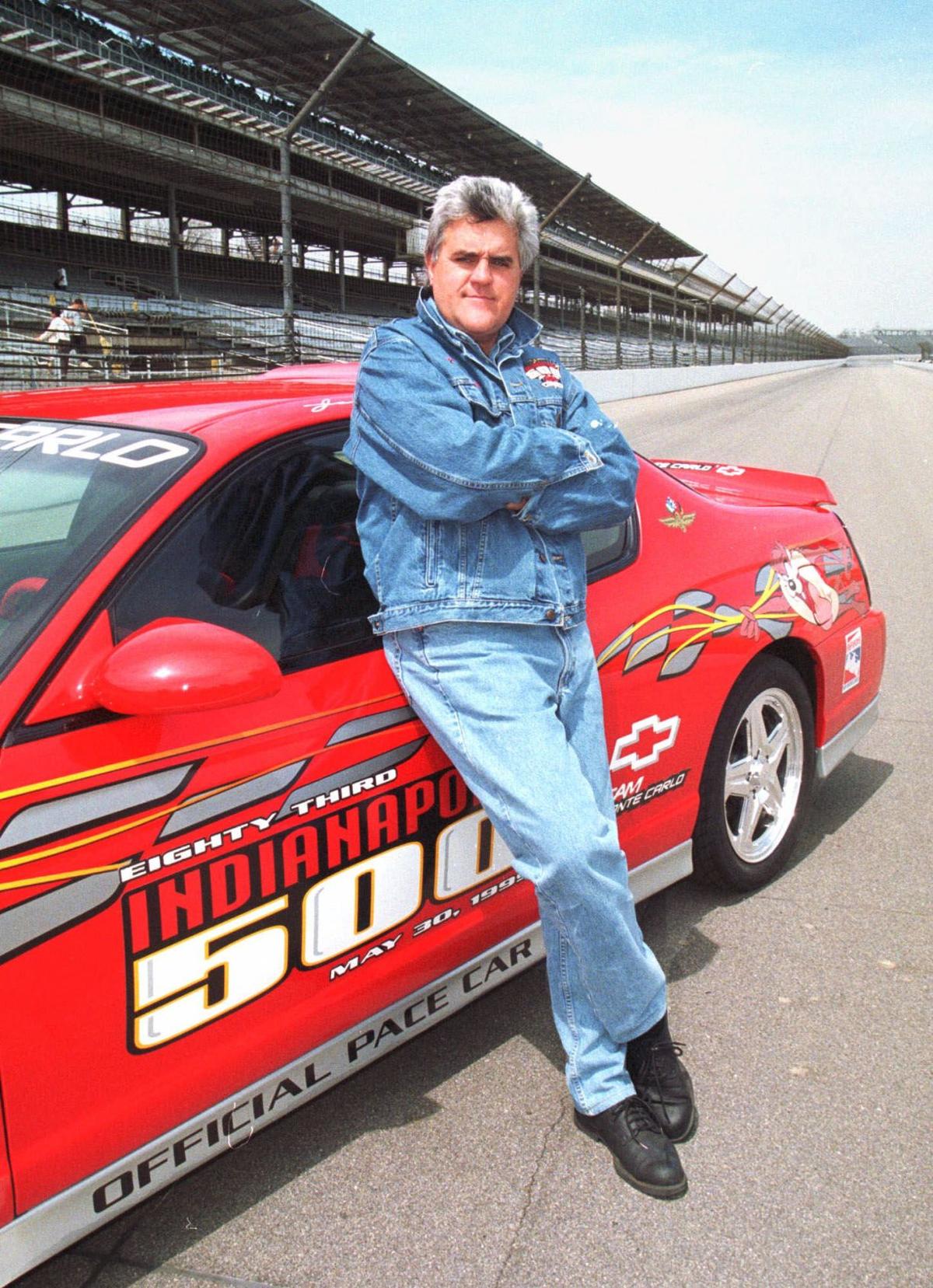 Comedian Jay Leno looks down the main straightaway at the Indianapolis Motor Speedway as he leans on the 2000 Monte Carlo pace car for the Indy 500 race in 1999. 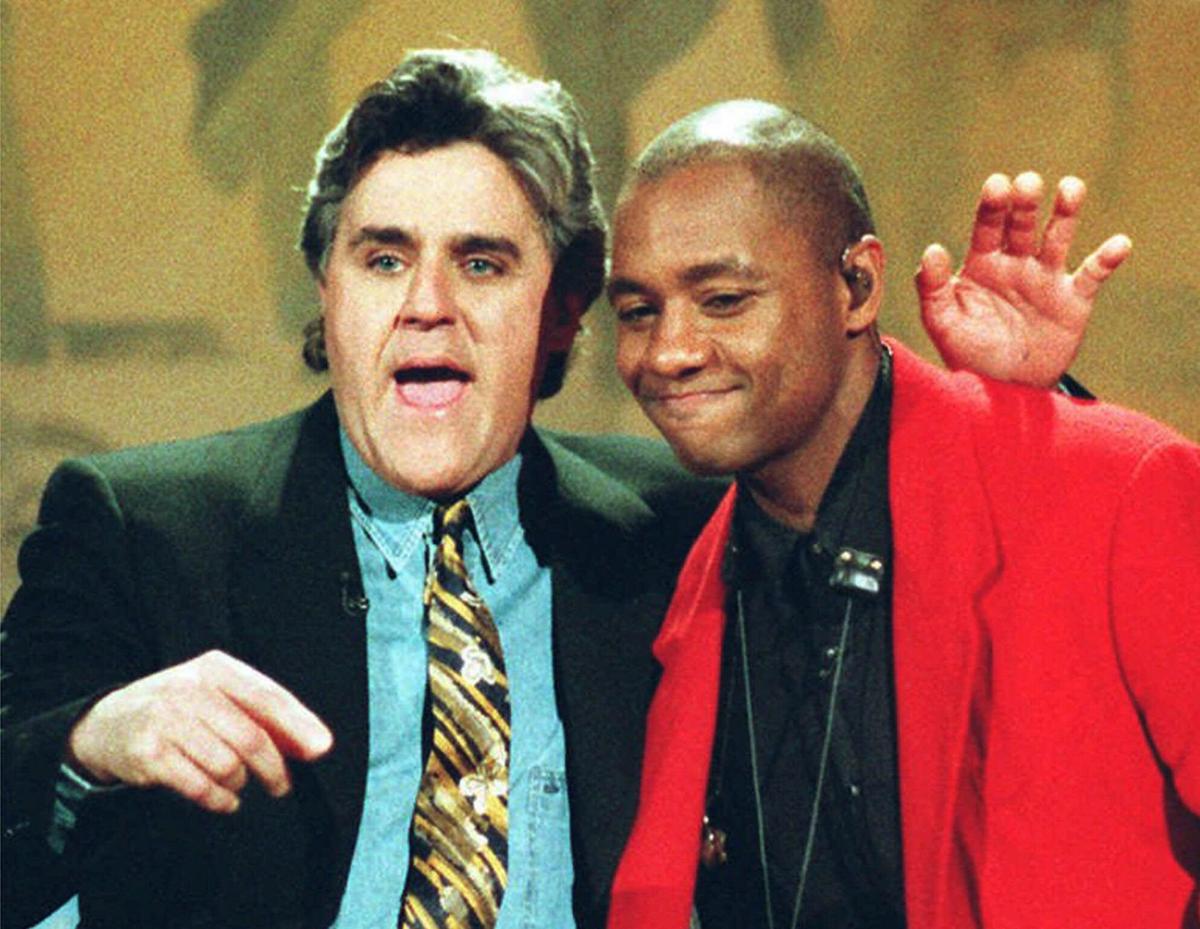 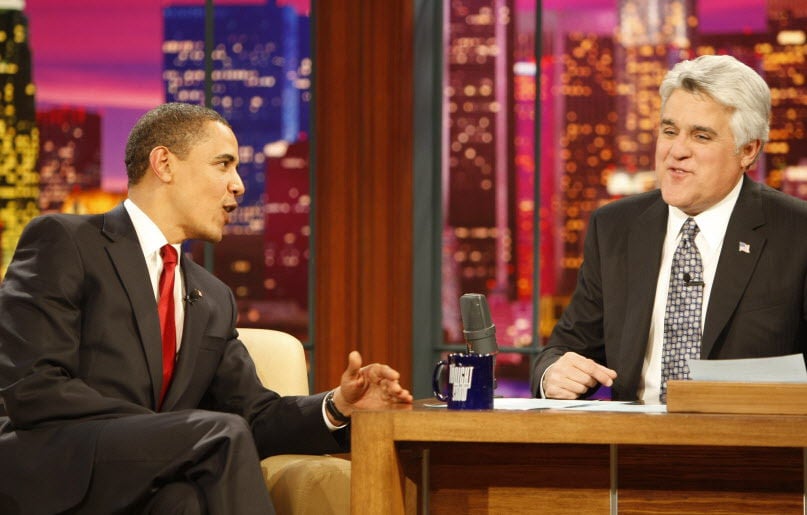 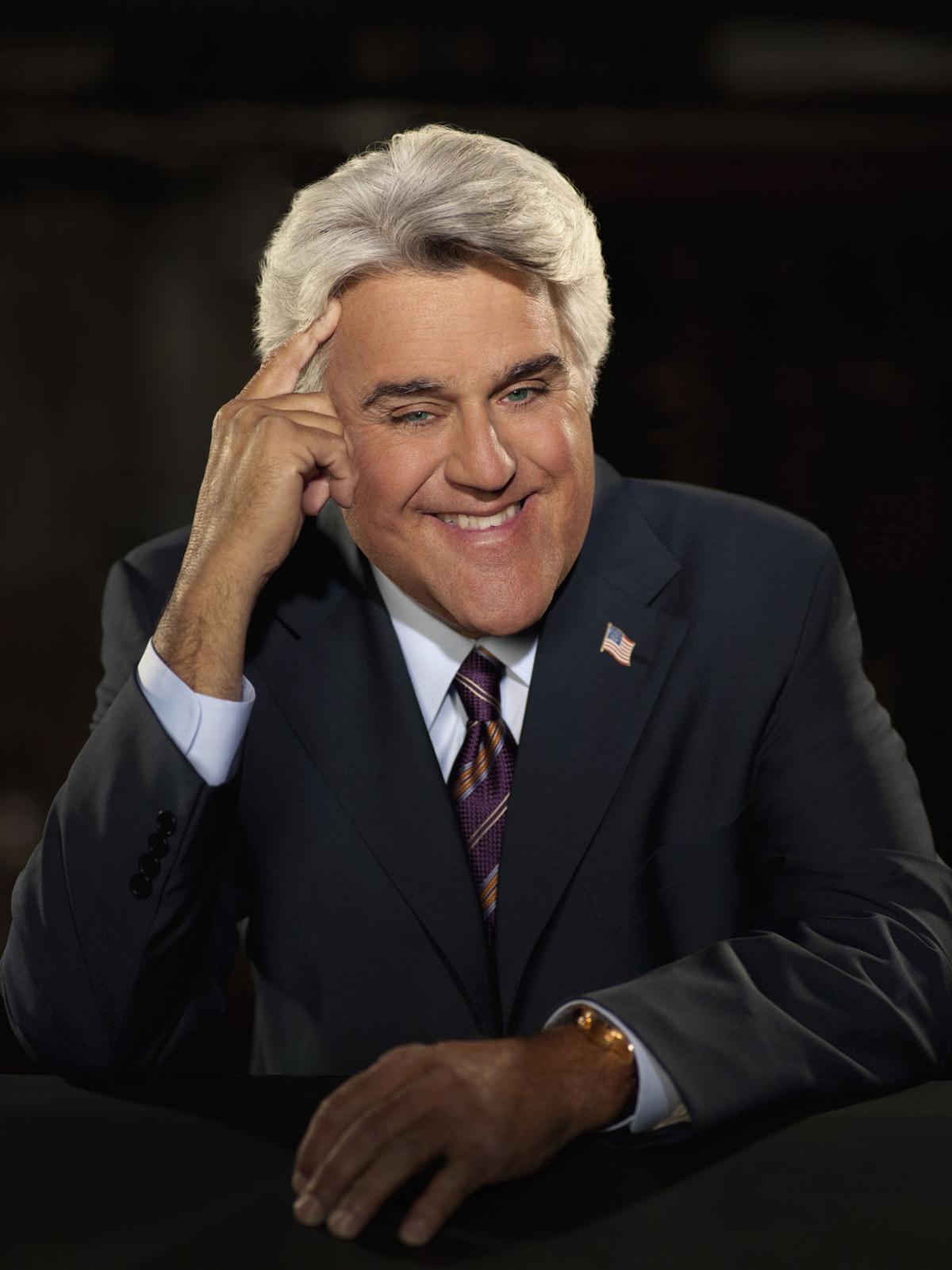 Jay Leno is host for 'Jay Leno's Garage' on CNBC and YouTube.

Comedian Jay Leno looks down the main straightaway at the Indianapolis Motor Speedway as he leans on the 2000 Monte Carlo pace car for the Indy 500 race in 1999.

It was the mid-1980s. My hair was super poofy, Jay Leno's with mere tinges of gray.

The young stand-up comedian, known for recurring guest appearances on "The Tonight Show with Johnny Carson," his clean, observational humor, and yes, that chin, was playing the (Southeastern Louisiana) University Center in Hammond.

At the meet-and-greet afterward, Leno happily posed for photos, each fan in front of me getting a quick side-by-side shot with the man of the hour. Leno broke the monotony when I reached him, offering me a big bear hug.

Fast forward to 2002, and Leno, almost halfway through his 22-year reign as "Tonight Show" host, was headlining "An Evening with Jay Leno," Our Lady of the Lake Foundation's Gala, in Baton Rouge.

During a phone interview days before, Leno told me, "I like doing stand-up. That's what I did before I got this job ('Tonight Show' host) and that's what I'll do after I have this job."

At 67, he's still doing it to the tune of 210 shows a year from Canada to the capital city. I caught up with him by phone two weeks ago in The Great White North, where he was, of course, working.

It was news to Leno when I told him the 25th anniversary of his first night as permanent "Tonight Show" host had been the previous night. Guess he was too busy … working.

Ditto for Friday night when he takes the stage again at the event center at L'Auberge Casino & Hotel Baton Rouge.

The daily "Tonight Show" grind behind him, I found a more relaxed Leno on the other end of the line, having more time to chat and reflect on his stand-up tenure. Our 2002 brief interview had been squeezed in between joke writing, meetings and rehearsals for "Tonight." Which begs the questions:

Do you miss it, and do you watch the new generation of late-night hosts?

Now, it has gotten darker and a bit uglier because, you know, whether its anti-homophobic or anti-women or anti-foreign people, there's a dark tone that I find a little bit depressing. But that being said, I enjoy Jimmy (Fallon) and Stephen (Colbert), Samantha Bee, John Oliver's great, Trevor Noah, I like them all. I think they're all really good.

It was a lot of work. It was great fun, and I enjoyed it when I did it, but I can't say I miss it.

Obviously, you don't have to work anymore (Leno has a net worth of $350 million). Why do you still do it?

It's what I like to do. I like people. If I walk in a room, and there's a group of magazines on one end and a bunch of people on the other end, I just gravitate toward the people. I like to talk to people. I did this for years when, you know, you're opening for someone else, the people aren't there to see you. It was always like, you know there's an old thing with comedians, when you're opening for someone, people say, "It took me 10 minutes, but I finally got 'em, it took me half an hour, but I finally got 'em or I never got 'em." The nice thing is when they're coming to see you, well you kind of got 'em from the get-go, now it's yours to lose.

You recently were quoted as saying that late-night hosts might want to back off of the Donald Trump comments. Can you expound on that?

If Trump does something outrageous and you just keep hammering it every night, by four or five nights, you're kind of saying the same thing. That's not to say he doesn't provide us with a lot of material, and I am in no way, shape or form a Trump supporter. It's just that I think the key to Carson, and what I was doing on the show, was kind of playing it down the middle. Obviously when Trump does something outrageous you talk about it, but then you have other things to talk about, too. It's not that you need to stop the Trump jokes.

That said, do you have Trump jokes in your present act?

Of course I do. I have Trump jokes and Democratic jokes, and you kind of jump around a little bit. And you read the audience. ... You're either there to hear a political speech, or you're there to be entertained. I think any normal Democrat or Republican can take a little bit of ribbing.

As a veteran comic, do you ever give advice to the younger ones?

The advice I always give young comedians is if some other comedian's stealing your material, just write faster. Don't get caught up in the bitterness. The real thing that makes you work as a performer is a clear head and if you're angry or upset. … It's not a normal thing to make you want to be a comedian. I mean it's always some genetic flaw that makes you a comedian.

I find most comedians either go overboard with alcohol, drugs, whatever, or completely abstain. I rarely see any that are right down the middle. It's a business where you're either one extreme or the other. I always talk to young comedians about just pacing yourself. Don't compare your career to someone else's.

I was lucky when I was working as a young comedian in Boston and New England, I was the only comedian I'd ever met, so I thought I was pretty good, but I was actually quite terrible. And it wasn't until I got to Los Angeles, and I met Robin Williams, (David) Letterman and all these guys, I realized, "Oh wow, these guys are better than me," and it made me up my game, but at least I had a few years. When I meet young comedians and they want to be a comic and they go directly to L.A. and they see the pros working, it can be a little discouraging because you're nowhere near that level yet. I always tell people who live in a bubble, just pace yourself, take your time, try to get as much stage time as you possibly can.

So who do you bounce new jokes off of?

I always go to a club in Los Angeles on Sunday nights and try out new material. I'll take whatever new joke I have and tell it in the dullest, most boring way, and if that gets a laugh, then I know the joke is funny. Then I will add performing skills to it, movement or whatever it might be, to enhance the joke but the joke needs to be inherently funny at first.

Since 1978, I've been going to the Comedy & Magic Club in Hermosa Beach (California). I like it because it's near the airport so you get a lot of people that are either in town for a day or two, you get a good cross section of America. When you just work the Hollywood clubs, you tend to have very insular material, you have material about the executives at Paramount Studios, or whatever it might be, which don't really work in the real world. You need stuff for a real audience, not just a jaded show business audience.

What can the audience expect at your Baton Rouge show?

It's classic stand-up comedy. It's the most basic form, because with the exception of the microphone, there's really no technical aspect to it. It's just people communicating with one another. You know we live in an era now where everyone does things on social media, and tweeting a joke is not as funny as hearing someone tell it because there's a human element involved, there's a human connection involved.

I find now that business is actually better since I've been off the show because people haven't seen me in a while and also because there's this thing where people can sort of gather which they don't really do anymore especially young people. You know it's really funny when I talk to a lot of young people in their 20s, they're talking to me holding a phone and I realize they're looking at me on their phone while they're talking to me I'm like, "What are you doing?" ... It's just very odd. It's fun to get back to old-fashioned, just people talking to people without any mechanical invention in between.

Speaking of mechanical inventions, you do still love your (169) cars and (117) motorcycles, don't you?

Of course, and I do "Jay Leno's Garage" on YouTube every week. And we also do the show on CNBC, which is an hour show, 16, one-hour episodes of that a year. ("Jay Leno's Garage" features the automotive buff traveling America looking for unique rides and the stories behind them.)

There's an old, sort of corny expression that the heart is happiest when the head and the hands work together. When you go onstage, you talk and you're using your head, and then in the daytime, you work with your hands and fix something, and it makes for a more rounded sort of environment I think.

INFO: Visit lbatonrouge.com. Must be 21 or older to enter.