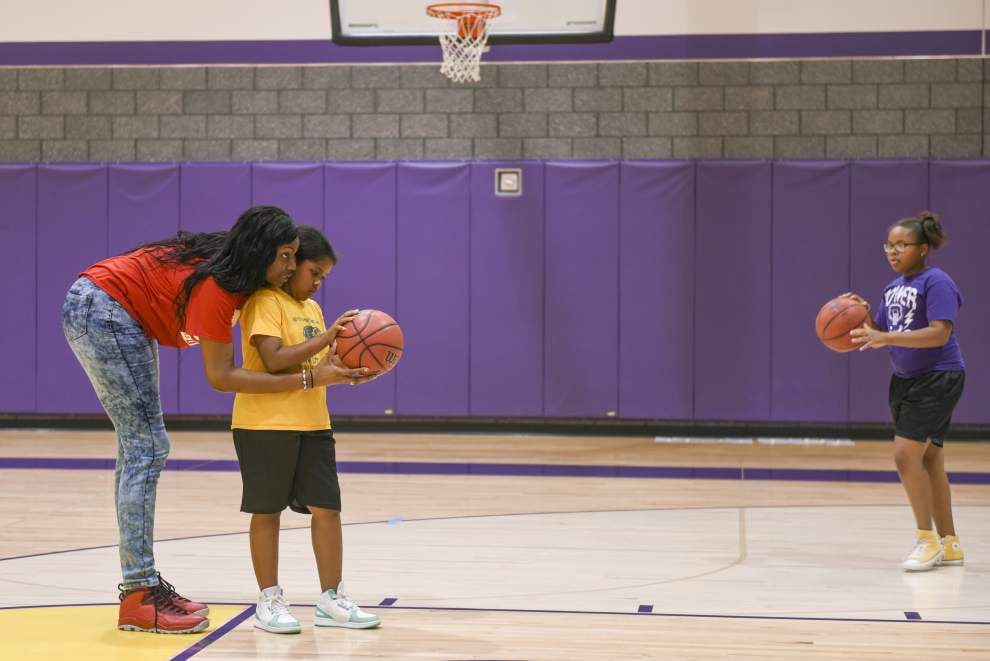 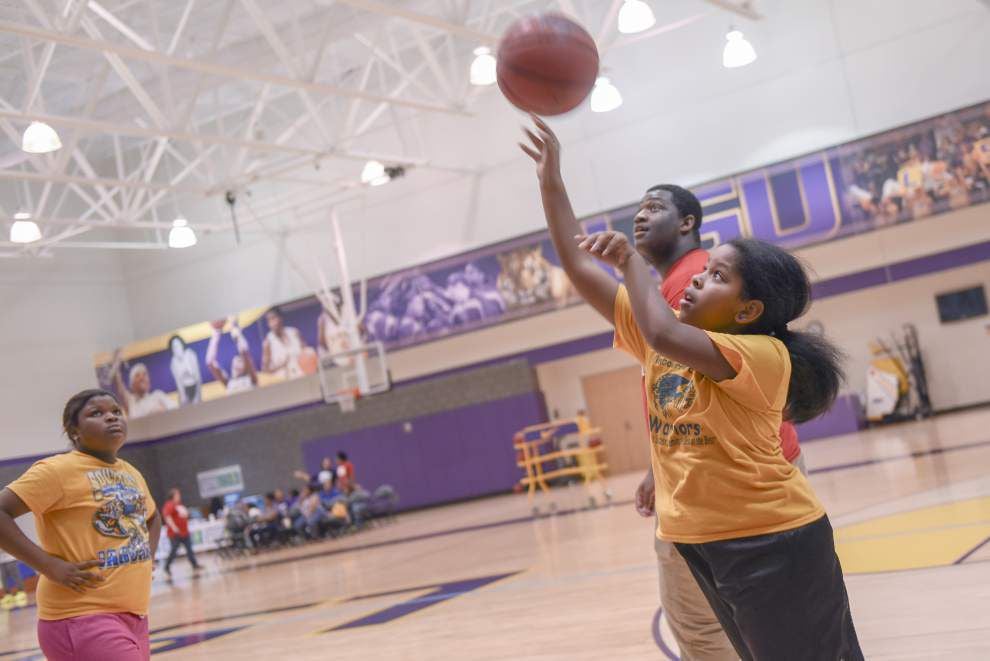 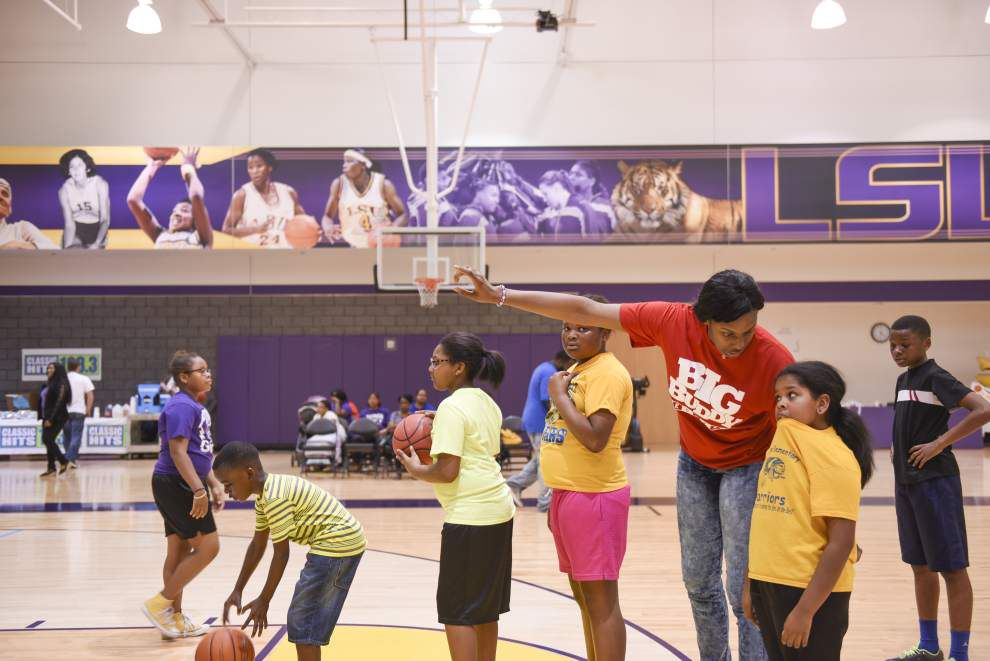 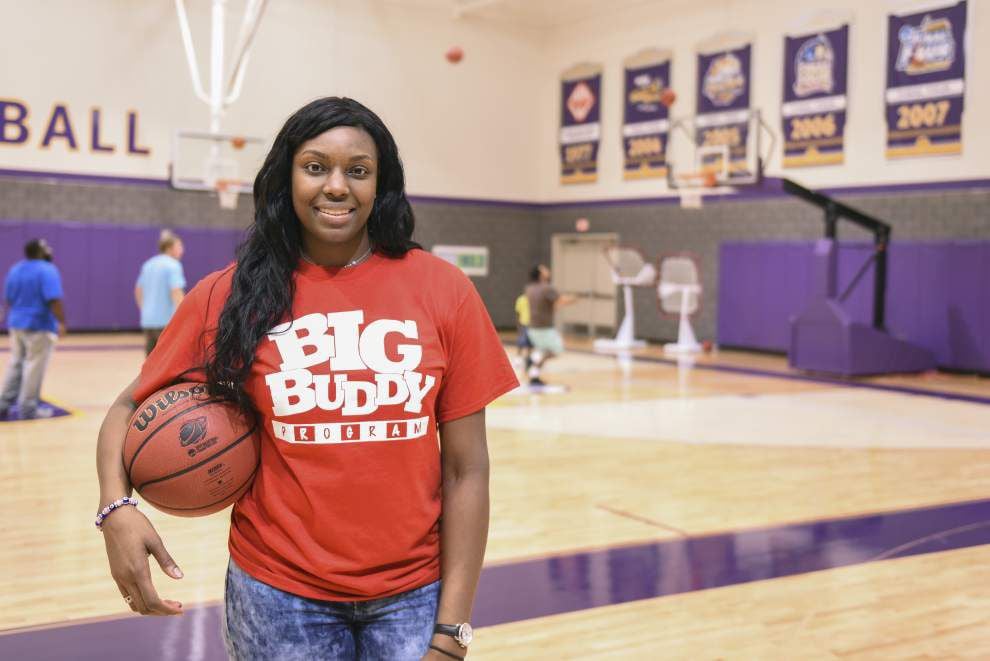 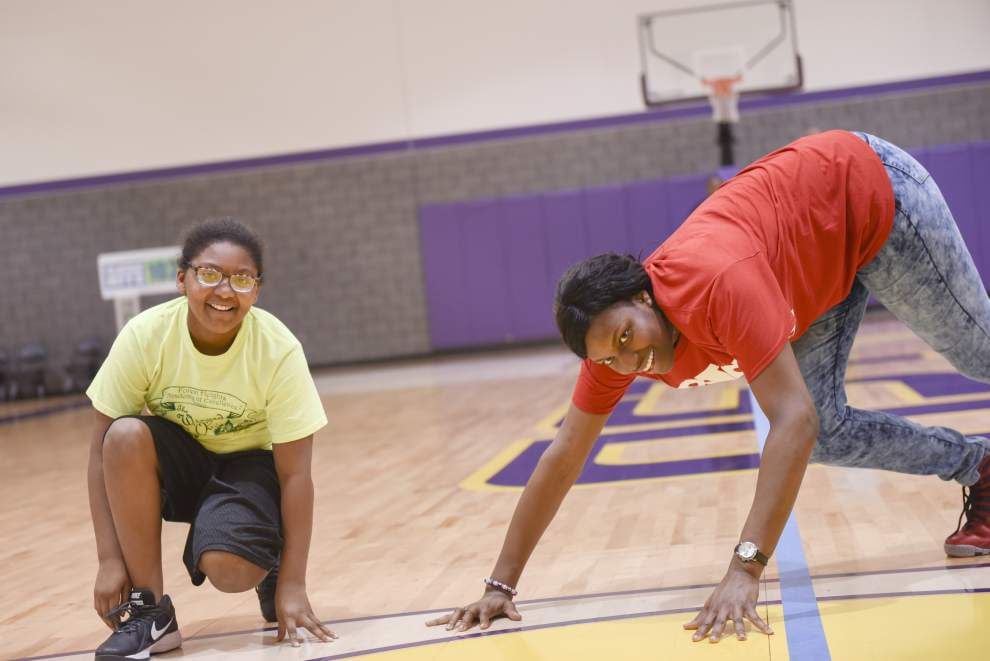 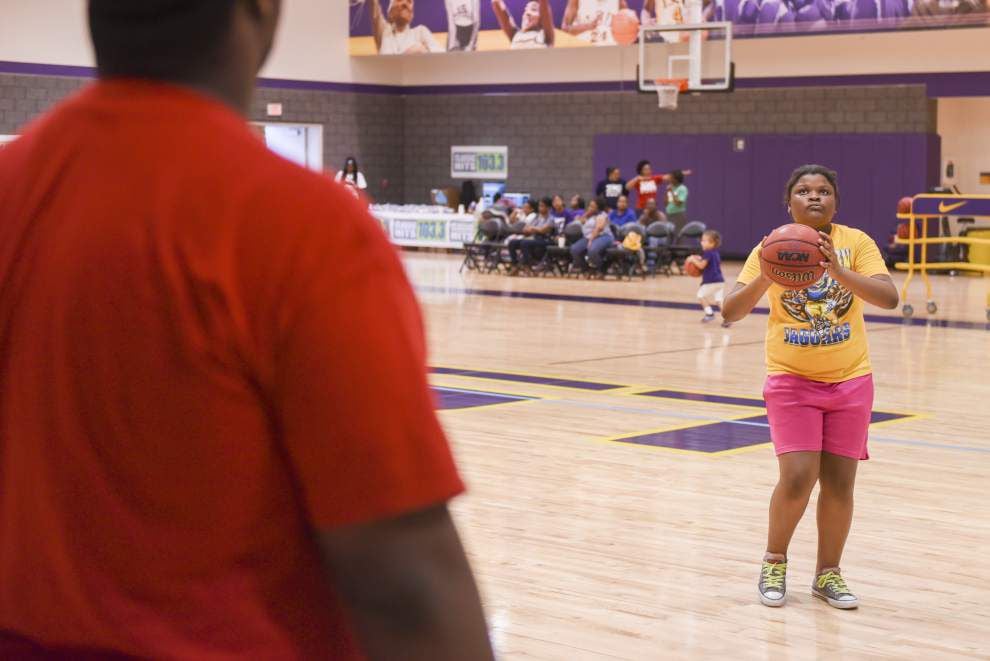 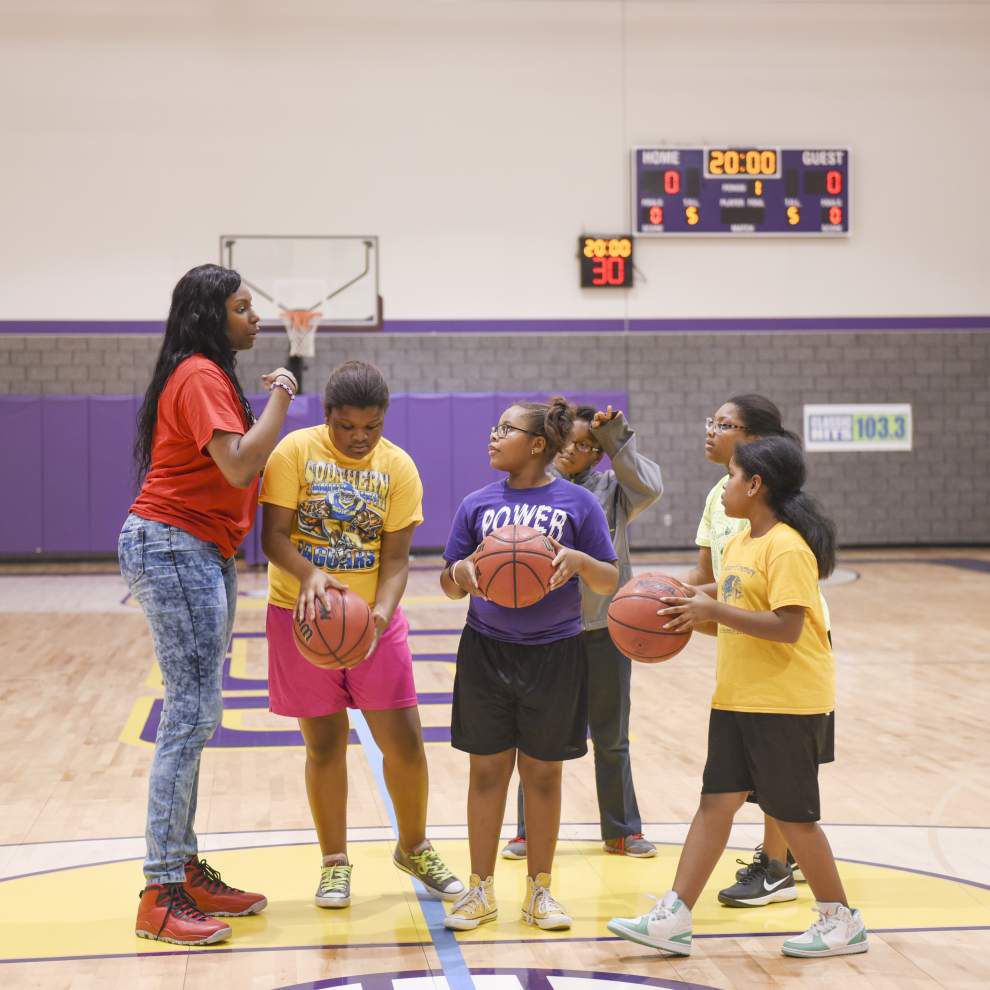 Advocate staff photo by CHARLES CHAMPAGNE — Former LSU basketball star and current WNBA player Shanece McKinney encourages girls to get out and play at a Big Buddy game of Horse at LSU.

Advocate staff photo by CHARLES CHAMPAGNE — Former LSU basketball star and current WNBA player Shanece McKinney encourages girls to get out and play at a Big Buddy game of Horse at LSU.

A second-grader craned his neck to see professional basketball player Shanece McKinney and raised his hand.

“Why do you like to play?” he asked her.

“It makes me happy and helps me stay healthy,” said McKinney, a former LSU star who plays in the WNBA for the New York Liberty team.

Arriving a week before her pre-season training camp started, she came to help the Big Buddy organization encourage children to get off the couch, ditch the video games and get moving.

Her message was inspired by first lady Michelle Obama’s Let’s Move program, which gives easy tips to help youngsters stay healthy and avoid childhood obesity. Louisiana ranks fourth in the nation in childhood obesity, with 21 percent of children 10 to 17 years old obese, according to a report by the Trust for America’s Health and the Robert Wood Johnson Foundation. Obesity, a term for a severely overweight person, often leads to heart disease and diabetes in adults.

It’s harder for children who grow up obese to avoid these diseases.

Talking to children at area elementary schools and at a basketball tournament with Big Buddy participants, McKinney said kids have to try even harder these days to stay healthy.

“Nowadays, technology is overwhelming, and kids will stay in the house all day, eating snacks and not getting outside and being active,” she said. “I think it’s even more important now.”

Before she grew tall, McKinney didn’t play much basketball.

“I’d paint my nails and play video games,” she said. “I didn’t go outside much.”

After she started playing in the seventh grade, McKinney found out she didn’t have to worry about what she ate. She burned so many calories playing sports in high school in Alabama and in college at LSU that she could afford extra calories.

For the first time in her life, she had to lose weight this past year as she gained a few pounds during her rookie season in the Women’s National Basketball Association.

She concentrated on losing weight while playing in Turkey this spring.

“I felt like if I felt better about myself, I would play better,” McKinney said. “Even if you don’t play sports, if you feel good, then anything you do, you feel better.”

Her message for the kids? If you stay active, your quality of life will remain high.

“You walk down the street and you feel like you’re running,” she said. “You have more energy when you’re eating better and when you’re working out.”

Being part of a team will do wonders for your self-esteem, Caldwell said.

“In elementary school at recess,” she said, “get out there and play kickball and get that inclusion feeling.”