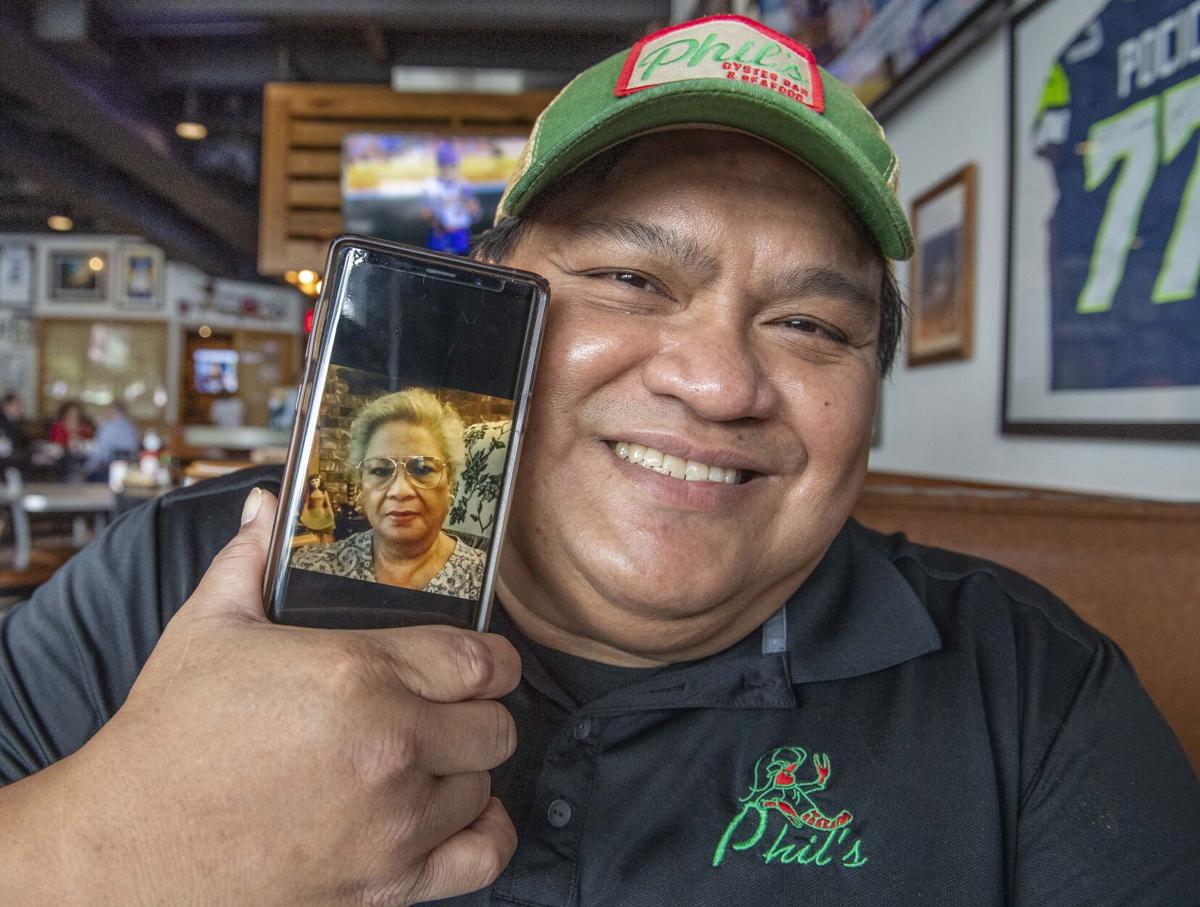 Alf Haimback says his mother, Norma Haimbach, taught him how to cook. But, he says, she would question when he would return to LSU. 'But I guess I loved cooking more than I did engineering.' 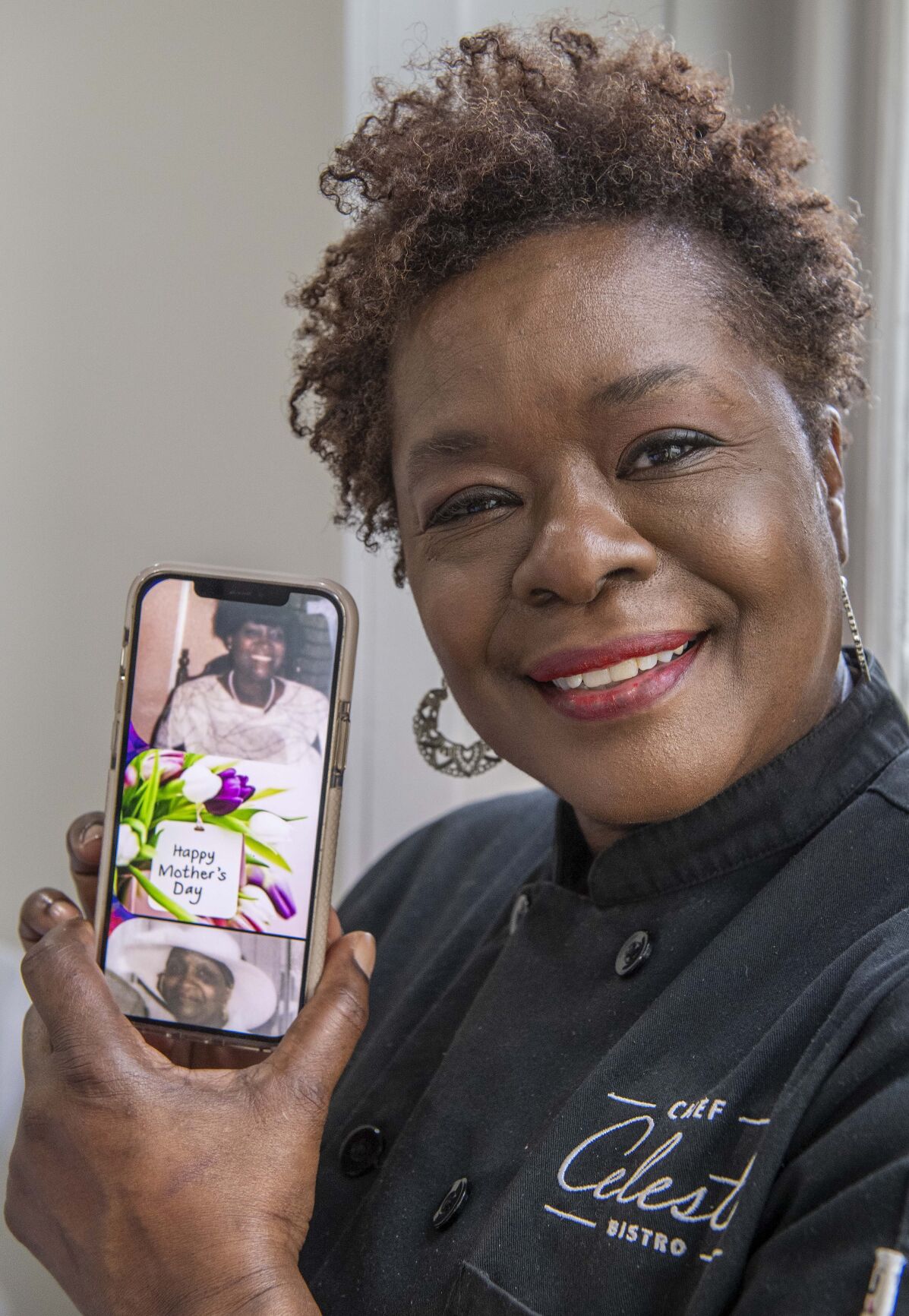 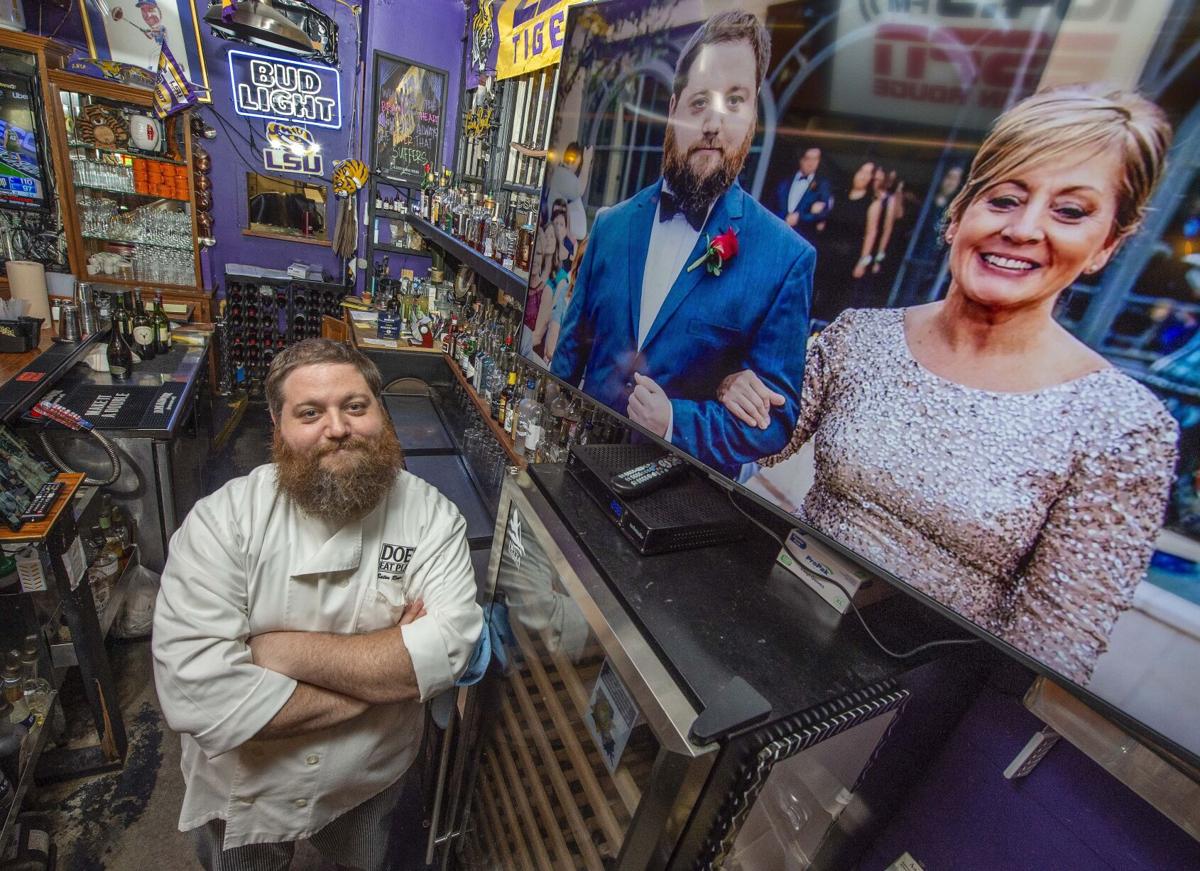 George Krause runs the kitchen at Doe's Eat Place, but says his mom, Claudia Krause, won't let him cook in her kitchen because she thinks he nitpicks too much.

Alf Haimback says his mother, Norma Haimbach, taught him how to cook. But, he says, she would question when he would return to LSU. 'But I guess I loved cooking more than I did engineering.'

George Krause runs the kitchen at Doe's Eat Place, but says his mom, Claudia Krause, won't let him cook in her kitchen because she thinks he nitpicks too much.

If it weren't for their moms, Celeste Gill, George Krause and Alf Haimbach might not have the flourishing careers they enjoy today.

All three learned how to cook from their moms, and all three now run the kitchens at successful eateries.

Gill said she was only 6 years old when she started helping her mom in the kitchen.

As she stirs a pot or chops onions, Gill said she often thinks about her mother, the late Vaida Green. But on Mother's Day in particular, Gill said she conjures up wonderful memories of cooking with her.

She recalled that her job was peeling potatoes for her mom's potato salad, and she did it without complaining. Gill said she loved being around food so much that she and her mom developed a unique ritual.

"We lived in Detroit, and my mother worked at Bob's Big Boy," Gill said. "The first thing I'd do when she'd come home from work is smell her hands. They smelled like what we chefs call the holy trinity — onions, bell peppers, celery."

Now it's Gill's hands that create that holy trinity aroma for her own Chef Celeste Bistro and her own YouTube series, where she makes potato salad exactly as her mom taught her.

Haimbach's story follows a similar path. Long before he became the chef at Phil's Oyster Bar, Haimbach was drawn into the kitchen by his mom, Norma Haimbach.

They lived in Pineville, and though the 6-year-old liked to play outside with friends, he couldn't resist the pull of cooking, where, like Gill, he was often tasked with peeling vegetables.

"So we're Filipino," Haimbach said. "Food has always been a part of how we communicate with each other. Food is the centerpiece at gatherings of Filipinos."

Haimbach's mother divorced when he was young, then met and married his stepfather, who was in the military.

"So, there were lots of Filipinos around her all the time," he said. "There was always somebody who was having a birthday or anniversary, and food was something that everybody shared. So, I started cooking."

Haimbach left Pineville to major in engineering at LSU, and took a part-time job cooking in a restaurant.

"My mom kept asking me when I was going back to school," he said, "but I guess I loved cooking more than I did engineering."

Like Haimbach, Krause left his home in Mandeville to attend LSU, but ended up working his way through bars and restaurants to eventually become the executive chef at Doe's Eat Place.

It was a journey that also started by helping his mom, Claudia Krause, in the kitchen.

"I was about 7 or 8," he said. "I was always fascinated watching her, and it started with helping to grate cheese for whatever we were making or helping to toss the salad, then cutting vegetables. So, from the beginning, the kitchen was always a place for all of us to hang out."

His mom recognized his love of food and gave him his first cookbook for his 10th birthday.

Nowadays, however, his mom's kitchen is off-limits.

"I'm not allowed in the kitchen anymore," Krause said, laughing. "My mom thinks I nitpick too much. I'm drawn to improve things and make them better, and she says, 'Well, it was good enough for you when you were a kid.'"

Haimbach's mom also has barred him from her kitchen.

"Whenever I go home, my mom cooks for me," he said. "I think that she just wants to cook for her son may be part of that, but it's rare that she lets me help as far as the execution."

Besides, he said, his mom usually has things prepared for him in the freezer.

"She does a lot of batch cooking, so when I go home, I'm basically raiding the freezer," he said. "That's how she cooks for herself, but she makes a batch of something and saves two or three servings for herself. That's generally how I get home cooking."

But things are different for Gill. Her mom died at only 61, then her dad at 62.

Her mom did get to sample Gill's food on a visit, but died before witnessing Gill's full success as a chef and businesswoman.

"Food was something I really loved doing, and I'm so grateful that my mother let me be creative in the kitchen," Gill said. "We would go to the grocery store, and if there was something that I had never tried before, like, for instance, kiwi, I was like, 'Can we take this home? Can I try it?'"

Neither her mom nor her dad ever refused.

"They let me explore the culinary world, so they didn't hold back on what I could do or try," Gill said. "They didn't want me to be a chef, because it's a lot of hard work. I had good grades, but, this is what I wanted to do. So years later, when I was in college, I changed my major. I took a leisure baking class. And that was it."

Gill believes her mom would be proud of her success, and is thinking about creating a dish to honor her. She's also planning to follow her dad's footsteps in making homemade wine.

Haimbach, too, is thinking about bringing his mom's food to Phil's.

"I don't currently prepare Filipino food at Phil's because the food here is a completely opposite genre as far as taste profiles," he said. "But I've been thinking more and more about maybe doing a Filipino food night the first Wednesday of every month. I got a phone call about food from home, and my mom said it struck a chord with her that I wanted to do this. We'll see how it goes."

Where to Go, What to Eat: With its newest location, Lit Pizza now has 9 spots in Baton Rouge area

Lit Pizza has opened a new location at 27800 Juban Road in the Juban Square Shopping Center in Denham Springs.